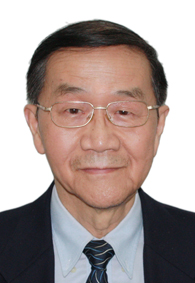 Shu You Peng, MD, FACS(Hon), FRCSG(ad eundem), ESA(Hon) Professor of surgery at the Zhejiang University, People’s Republic of China, Dr Peng is Director of the Institute of Surgical Sciences, Second Affiliated Hospital, Zhejiang University. He is also a consultant surgeon at the Sir Run Run Shaw Hospital of the Zhejiang University. Professor Peng has devoted a major part of his distinguished career to HPB surgical research. He designed a versatile surgical instrument called Peng’s Multifunction Operative Dissector(PMOD) with which he developed a special dissection technique named “Curettage and Aspiration Technique” for different kinds of operation. As a result, quite a variety of difficult operations can be done safely. His another important design was “Binding Pancreaticojejunostomy” and “Binding Pancreaticogastrostomy” in an effort to minimize the occurrence of pancreatic leakage. Both techniques are being used worldwide, especially widely in China. Due to his prominent achievements, he has been awarded many prizes including national invention prize and national prize in scientific and technical achievements. His bibliography includes an extensive list of 734 articles in Chinese and international medical journals and 32 book chapters and books including “ Hepatic Caudate Lobe Resection” which is supposed to be the first monograph in this field. As invited speaker he has given lectures in more than 80 international meetings, In 2004 he was conferred with Honorary Fellow of the American College of Surgeons; In 2006 he was conferred with FRCSG(ad eundem); In 2009 he was conferred with Honorary Fellow of ESA.