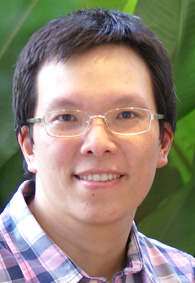 Dr. Varut Lohsiriwat is a Professor of Surgery and Consultant Surgeon at the Division of General Surgery, Department of Surgery, Faculty of Medicine Siriraj Hospital, Mahidol University, Bangkok, Thailand. He graduated Doctor of Medicine (M.D. with 1st-class honour and Gold medal) from the Faculty of Medicine Siriraj Hospital, Mahidol University (Bangkok, Thailand) in 1999, and completed specialist training in General Surgery and Colon and Rectal Surgery at this institute in 2004 and 2006, respectively. Dr. Lohsiriwat was granted the Master of Science (M.Sc.) in Surgical Science from the Imperial College of London, University of London (UK) in 2007, and the Doctor of Philosophy (Ph.D.) degree in Gastrointestinal Surgery from University of Nottingham (UK) in 2010. Also, he was a research fellow at St. Mark’s Hospital (Harrow, UK) in 2006-2007, a visiting surgeon at Mayo Clinic (Rochester, Minnesota, USA) in 2010, and an invited professor at Kyushu University Hospital (Fukuoka, Japan) in 2017. His clinical interests comprise not only colorectal and anal surgery, but also perioperative pain management, nutrition in surgical patients, surgical infection and enhanced recovery after surgery (ERAS). He authored an award-wining Thai textbook entitled ‘Common anorectal diseases’ in 2015. He also has authored more than 30 book chapters and more than 70 peer-reviewed scientific papers. Collectively, his work has been cited in the medical literature more than 1000 times with h-index of 20. Dr. Lohsiriwat is also an active member of the Royal College of Surgeons Thailand, the Society of Thai Colorectal Surgeons (served as a general secretary), and the Gastroenterological Association of Thailand.