Granular cell tumors are rare, usually benign, soft tissue neoplasms of neural origin. They occur more often in females than males, the peak age incidence is in the fourth through fifth decades. They can occur anywhere in the body with up to 15% situated in the vulva. The commonest presentation is as an asymptomatic mass. Microscopic findings are usually sufficient, but immunohistochemistry can also be helpful in confirming the diagnosis. The vulvar tumors are benign in 98% of cases with 2% reported as malignant. In this case report we describe a woman with a granular cell tumor confirmed by biopsy who underwent excision of the mass but with focal extension to the resection margin on microscopy. Our recommendation of re-excision was declined. Since it is not uncommon with these tumors to find groups of tumor cells extending beyond the macroscopic limits of growth, we conclude that it is advisable to have margins assessed intraoperatively by frozen section such that further excision can be performed for positive margins. Our patient has been followed for 18 mo without recurrence, should the tumor recur, re-excision, with frozen section control, is indicated. Recurrence rates are reported as 2%-8% with clear margins and 20% with positive margins.

Core tip: Granular cell tumors are rare, usually benign, soft tissue tumors of neural origin. They can occur anywhere in the body with up to 15% situated in the vulva. Malignancy has been reported in about 2% of cases. We report a woman with a granular cell tumor of the vulva who underwent tumor excision but with focal extension to the resection margin on microscopy. Recurrence rates are 2%-8% with clear margins and 20% with positive margins. We conclude that intraoperative assessment by frozen section is advisable such that further excision can be performed for positive margins.

Granular cell tumors (GCT), first described by Abrikossoff in 1926, are rare, usually benign soft tissue tumors of neural origin which can occur throughout the body and in any age or race[1]. They occur more often in females than males and in blacks than whites, the peak age incidence is in the fourth through fifth decades. While common sites are the tongue and breast, vulvar involvement has been reported in 7%-16% of cases[2]. The vulvar tumors are benign in 98% of cases with 2% reported as malignant and in a review by Kardhashi et al[3], of 130 cases in the literature, 7 were malignant, while 5%-25% exhibited multiple lesions. We report a further case of vulvar GCT complicated by incomplete surgical excision.

A 52-year-old woman with a 12 year history of a “growth” on her vulva had undergone a biopsy of the lesion which was read as a GCT. Initially resistant to surgical excision because she was asymptomatic, she had changed her mind because she felt it was getting bigger and now agreed to the procedure. Examination of the vulva revealed a 3 cm × 3 cm hard, non-tender, mobile mass extending to the superficial dermis with depigmentation of the overlying skin (Figure 1A). The lesion was situated on the left labium majus, midway between the anal verge and the anus. There was no regional adenopathy. 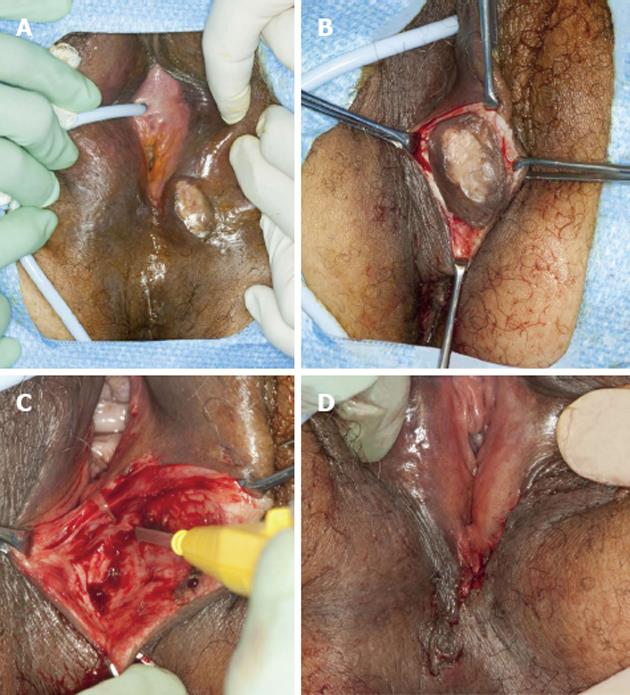 Figure 1 Operative photograph. A: Tumor in the left labium majus; B: Commencement of excision; C: Completion of excision; D: Closure of the surgical incision.

She underwent wide local excision of the mass (Figure 1B-D). The gross specimen was firm, white and fleshy in appearance (Figure 2). The microscopic appearance was, as in the biopsy, typical of a GCT (Figure 3). However excision was incomplete with tumor extending focally to the resection margin. She was fully counseled and re-excision was recommended, however she declined further surgery unless there was a recurrence of the growth. She has been followed for 18 mo since the surgery without evidence of recurrence. She has been warned that the tumor is slow growing and may take years to reappear. Therefore she needs to return on a regular basis for physical examination. She should alert her clinician if any growth recurs at the surgical site or if any nodular growth appears elsewhere on her body. 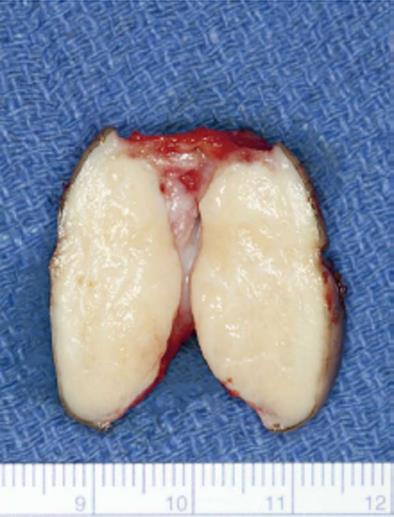 Figure 3 Photomicrograph. A: clusters of nests of cells in lamina propria with squamous epithelium on the surface (HE, × 100); B: cells with granular eosinophilic cytoplasm. (HE, × 400); C: S-100 uptake, the brown color indicates the positive stain (S-100, × 400).
DISCUSSION

GCT are thought to be derived from neural tissue as supported by immunophenotypic and ultrastructural evidence, possibly from Schwann cell derivatives[1]. The vulvar lesion develops in the dermis or subcutaneous tissue as a slow growing, non-tender, lump over months or years, rarely larger than 4 cm in diameter. The mass is mobile and the overlying skin may be depigmented, occasionally ulcerated or may be thickened with a “cobblestone” appearance. The tumor is poorly circumscribedwith irregular margins and is yellow-gray and fleshy on cross section. On microscopy the cells are round to polyhedral with indistinct margins and granular cytoplasm. They occur in ribbons or clumps separated by hyalinised stroma and collagen fibers. Nuclei are uniform, small and dark staining. The granular appearance is due to the accumulation of lysosomes[4]. In about half the cases the squamous epithelium overlying the tumor shows pseudoepitheliomatous hyperplasia which may be mistaken for squamous carcinoma. The cells are immunoreactive for S-100 protein, are periodic acid Schiff positive, diastase resistant[5]. The rare malignant cases may show necrosis, nuclear polymorphism and increased mitoses, however they may present morphologically benign[1].

The differential diagnosis includes fibroma, lipoma, papilloma, hidradenoma, epidermal cyst, Bartholin cyst and melanoma. There is no association with neurofibromatosis unlike another benign slow-growing tumor originating from Schwann cells of the nerve sheath, the Schwannoma which may be associated with neurofibromatosis. Schwannomas are also S-100 protein positive but are histologically completely different composed of spindle non granular cells with compact (Antoni A) and loose (Antoni B) areas. There may be enlarged atypical nuclei which represent degenerative type change (so called ancient Schwannoma). GCT usually do not have spindle cells though the very rare malignant variety may have such cells[6]. Immunohistochemistry is a helpful diagnostic tool and diagnosis is confirmed by punch or excisional biopsy[7].

Treatment is by surgical excision. Because the tumors often have irregular margins and because groups of tumor cells often extend beyond the macroscopic limits of growth wide excision is necessary. While usually found on the labia majora, they may be clitoral, perineal, perianal or on the mons. Depending on their position and size, wide excision may be complex with risks of blood loss and scarring complicating the procedure[5]. Therefore incomplete excision is not uncommon. Papalas et al[8] reported 17 cases, 7 of whom had positive margins, 2 progressed and required re-excision 8 and 14 years later respectively. Recurrence rates are 2%-8% with clear margins and 20% with positive margins[1]. Therefore some authors advocate Mohs-repeat sectioning with fresh horizontal frozen tissue mapping until clear margins are achieved[9]. In the event of positive margins, re-excision is recommended, but our patient declined further surgery unless the lesion recurred. Although malignant GCT is very rare, malignant change may occur even if the primary tumor showed no malignant features. Older age, lesion larger than 4-5 cm and local recurrence may be prognostic markers. Unfortunately the malignant variety are very aggressive with regional and metastatic spread, these tumors do not respond to radiation or chemotherapy and treatment is surgical[3].