Figure 2 Stanford type A dissection with the true lumen smaller than the false lumen. The false lumen (F) has lower computed tomography (CT) attenuation than that in the true lumen (T) due to thrombus formation (A), thus a lower CT threshold (90 HU) was applied to view the false lumen intraluminally (B), while a higher CT attenuation (300 HU) was applied to demonstrate the true lumen. Corresponding virtual intravascular endoscopy (C) shows the involvement of three aortic branches by the dissection, namely left subclavian artery (LSA), left common carotid artery (LCA) and innominate artery when the view is positioned inside the false lumen. Bilateral pleural effusion is present on the 2D axial image. 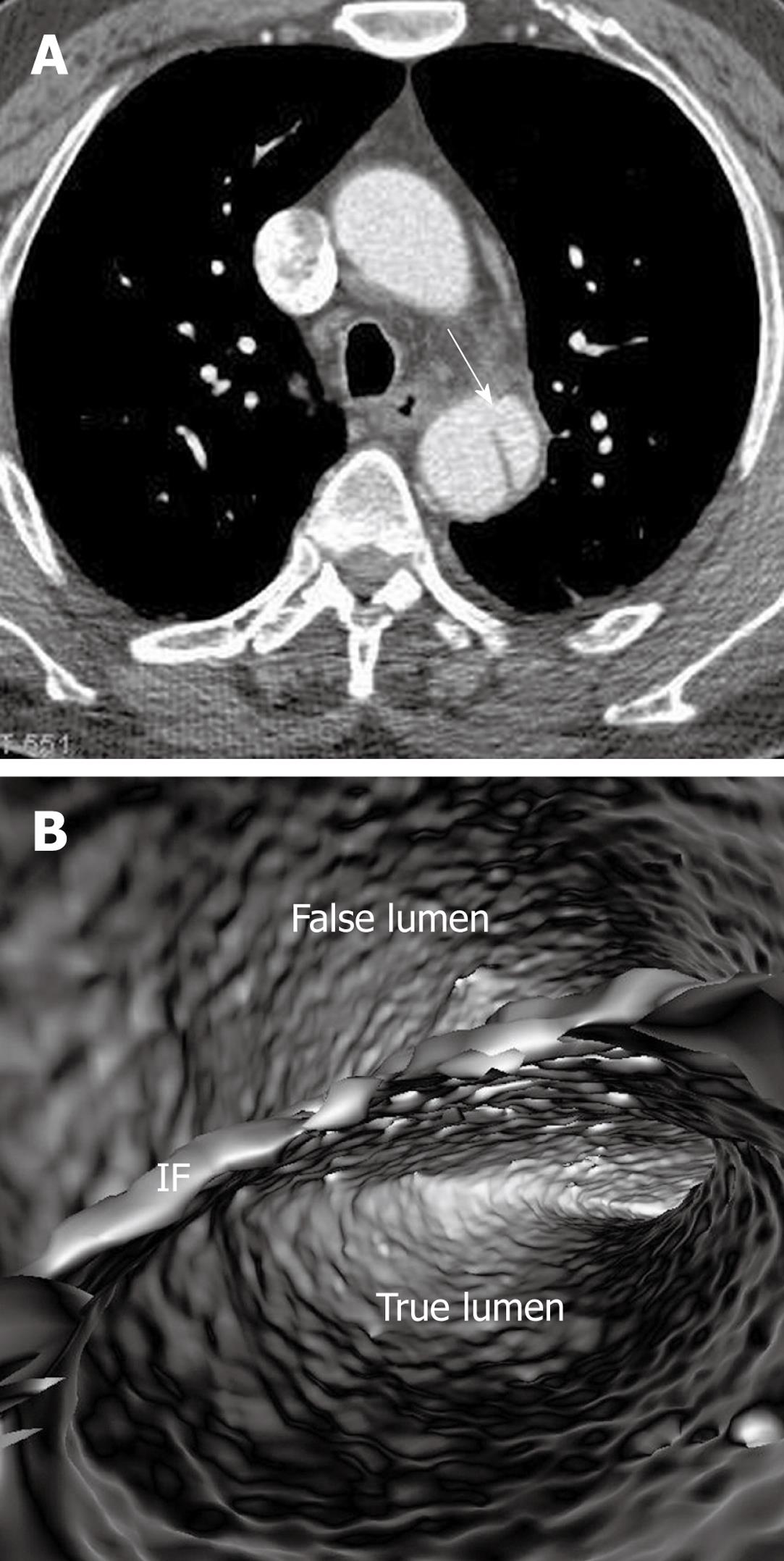 Figure 4 Stanford A dissection with abdominal artery branches involved. The false lumen (F) is thrombosed (A) with the true lumen being compressed to a much narrowed space. Virtual endoscopy views inside the true lumen clearly demonstrate the narrowed true lumen (B) and the intimal flap (C). Arrow in A indicates the true lumen. 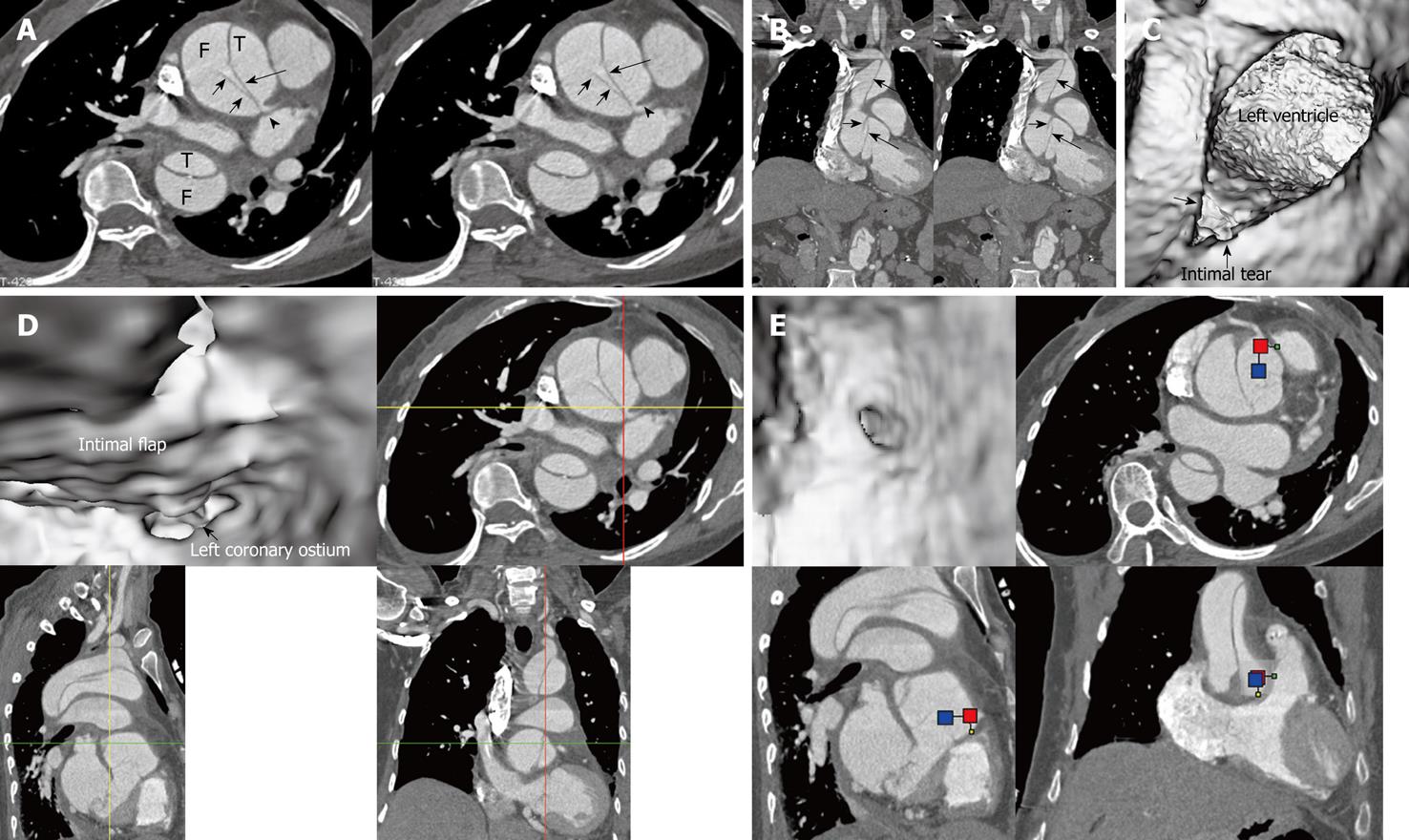 Figure 5 Stanford type A dissection with the dissection originating at the aortic root. The intimal flap is clearly displayed on 2D axial and coronal reformatted images (long arrows in A and B) with the left coronary artery arising from the true lumen (T) (arrowhead). Virtual intravascular endoscopy shows the intimal tear which is located at the aortic root (arrow in C) proximal to the left ventricle. Both of the coronary ostia arise from the true lumen with the intimal flap extending to the left coronary ostium (D, E). Short arrows in A and B indicate the cobweb sign in the false lumen (F). 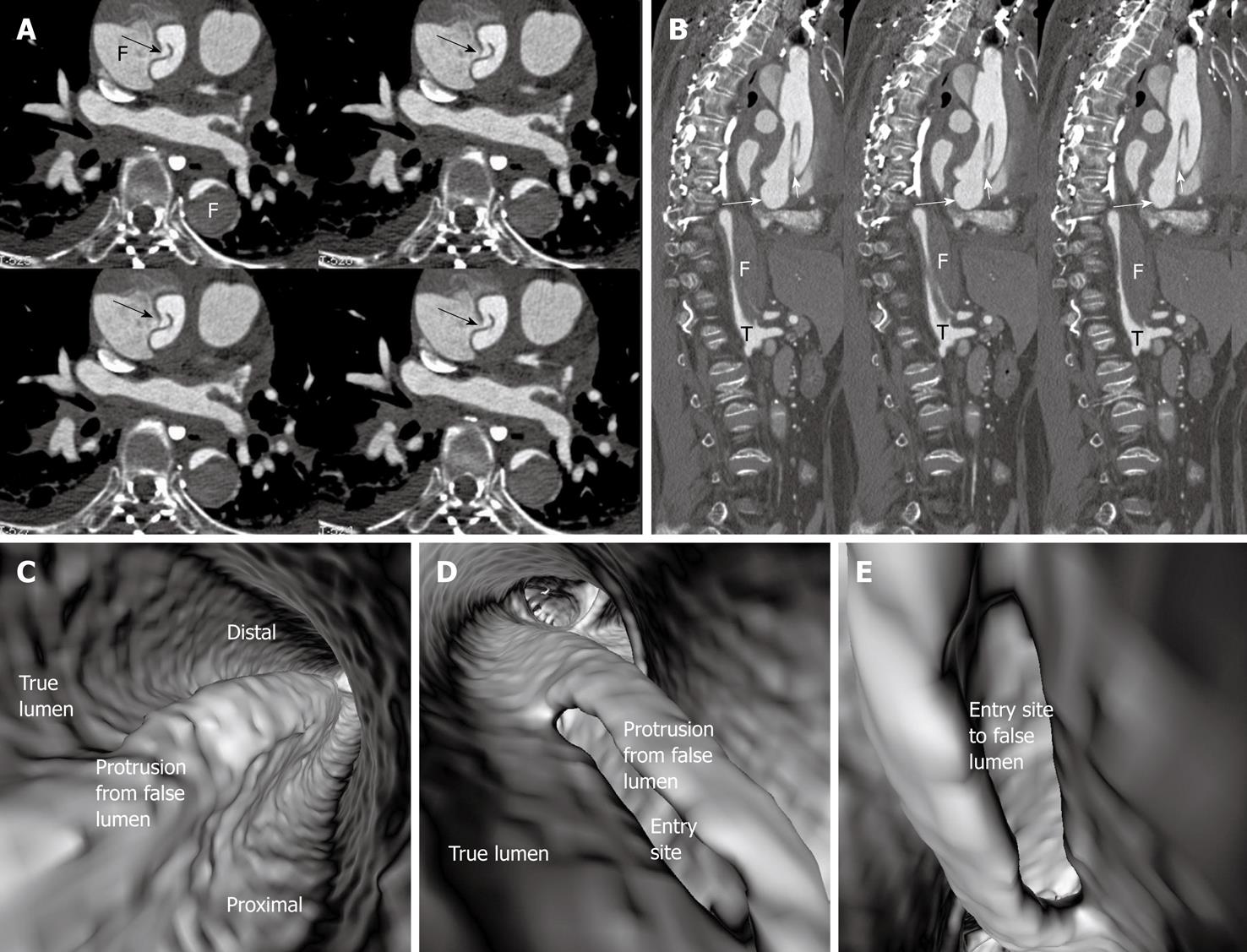 Figure 6 Stanford type A dissection with direct communication between the true lumen and false lumens (arrows in A). The true lumen (T) was obviously narrowed due to compression by the false lumen (F) with thrombus formed in the false lumen as shown on the sagittal reformatted image (B). The intimal flap (short arrows in B) arises from the level of the left ventricle (long arrows in B); C: A protrusion sign was observed on virtual intravascular endoscopy (VIE) images; D, E: The long intimal tear was identified at the ascending aorta posterior to the protrusion from the false lumen on different VIE visualizations. Pleural effusion is present at both sides on 2D axial images.

Figure 8 Figure 8 Stanford type A dissection is restricted to the ascending aorta on 3D volume rendering images (A, B). Both true and false lumens are clearly demonstrated on virtual intravascular endoscopy (VIE) visualization and these two lumens are separated by an intimal flap (IF) (C). The three main artery branches are perfused by the true lumen as shown on VIE view (D). LSA: Left subclavian artery; LCA: Left common carotid artery. 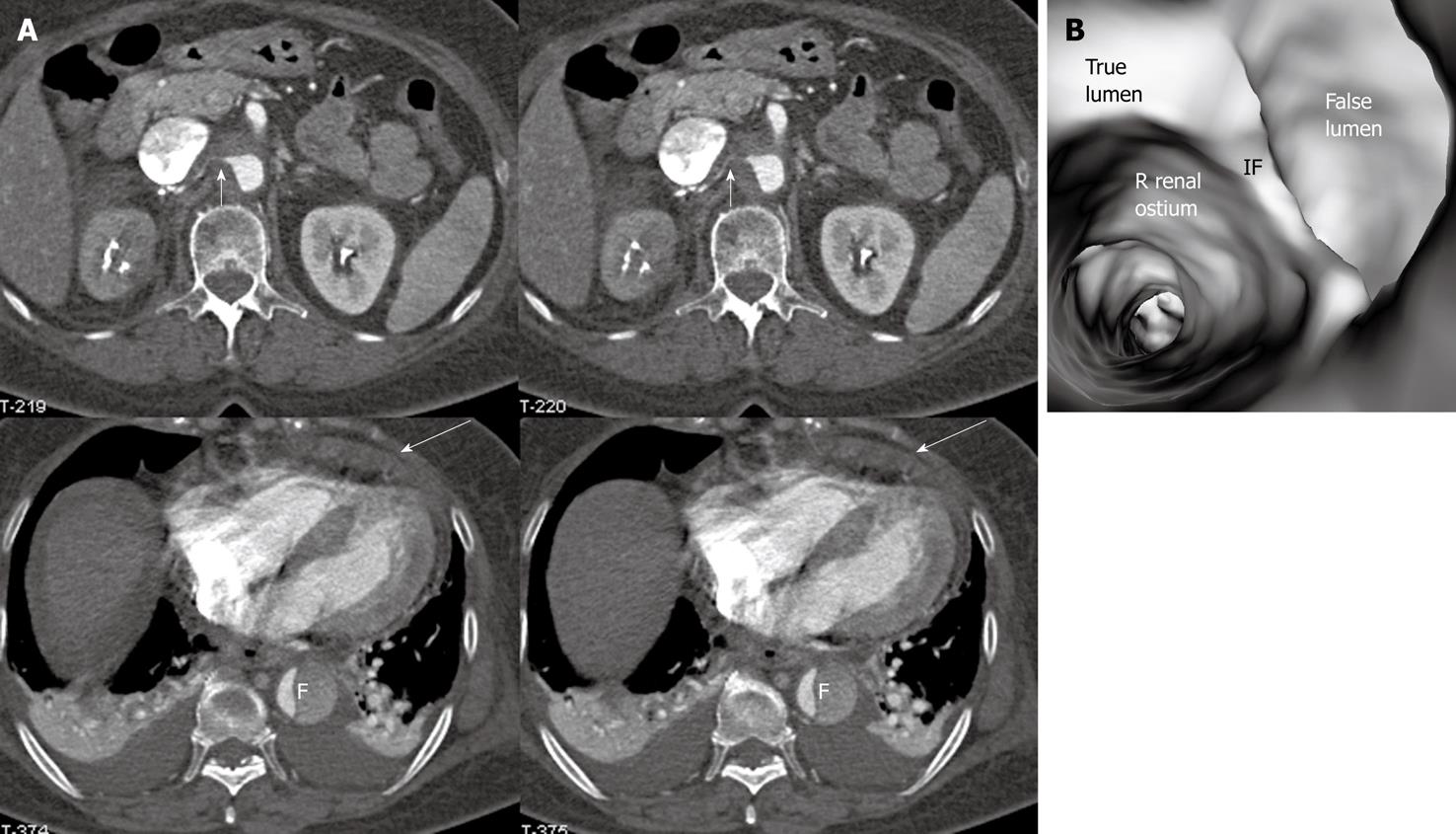 Figure 12 Stanford type A dissection with appearance of intimointimal intussusception (arrows in A). Corresponding virtual intravascular endoscopy shows the centrally narrowed true lumen (TL) was surrounded by the false lumen (FL) and separated by two intimal flaps (IF). The exact position of the VIE view is confirmed by the orthogonal views which are shown in B.