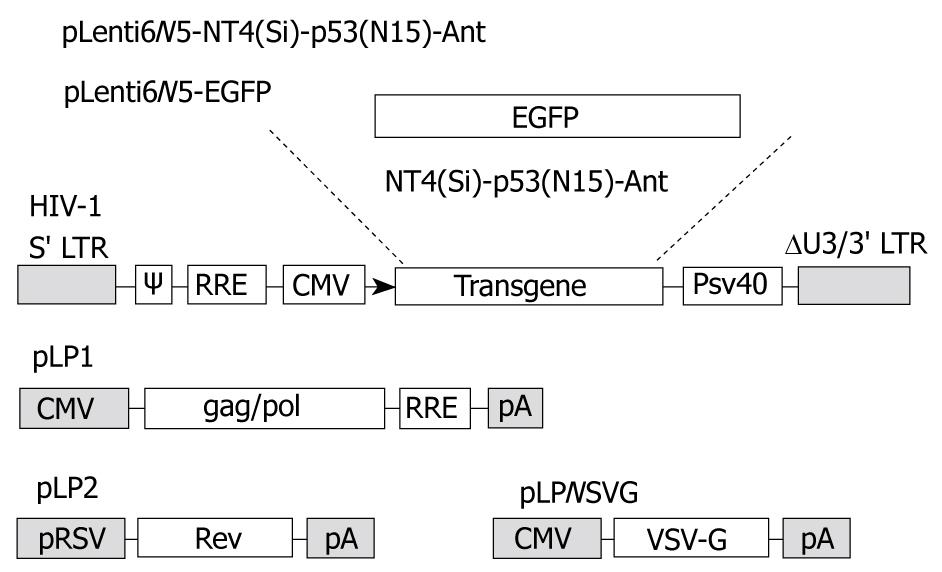 Figure 1 Packaging system of LV-NT4(Si)-p53(N15)-Ant and LV-EGFP. The packaging system: lentiviral vector, pLenti6/V5-D-TOPO, contains HIV-1 5'LTR, packaging signal (ψ), RRE sequence, CMV promoter and 3'LTR from which some regulatory sequences are deleted, resulting in “self-inactivation” of lentivirus after transduction of the target cells. pLP1, pLP2 and pLP/VSVG are three helper plasmids, which provide structural and replication proteins to produce lentivirus. 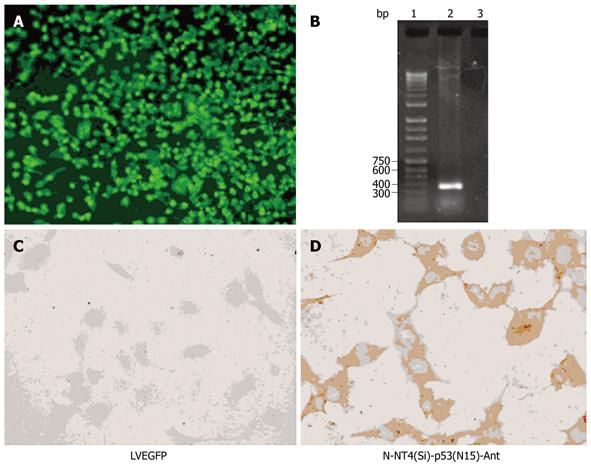 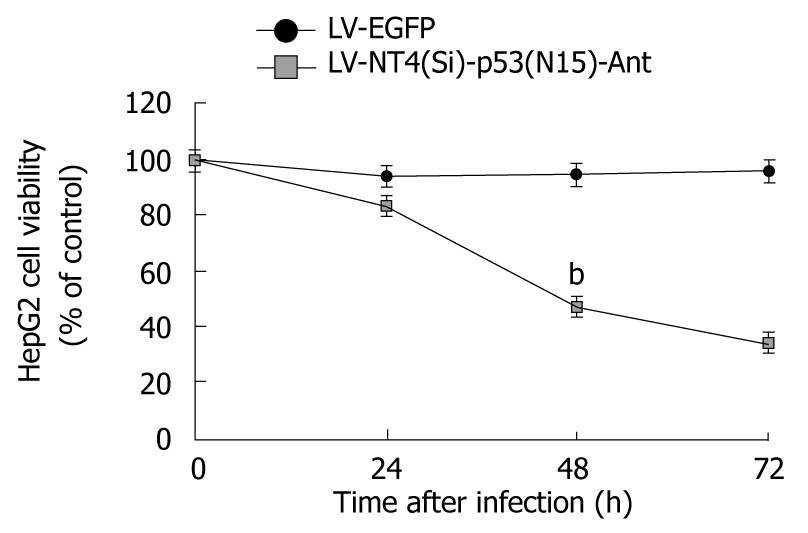 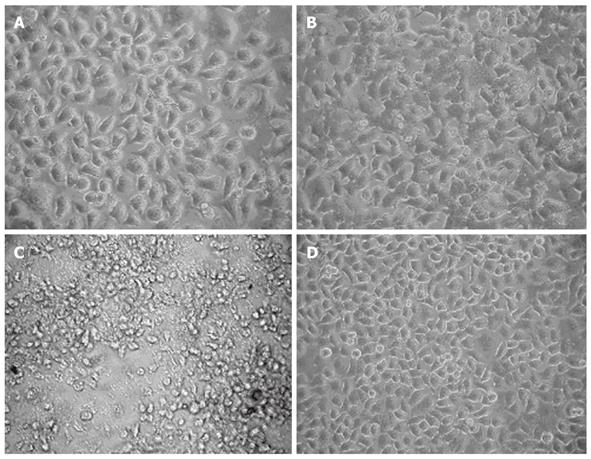 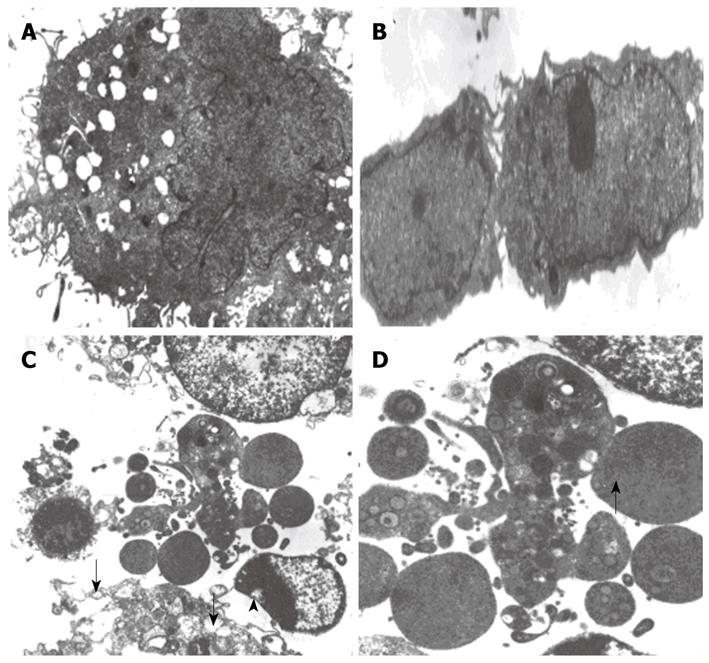 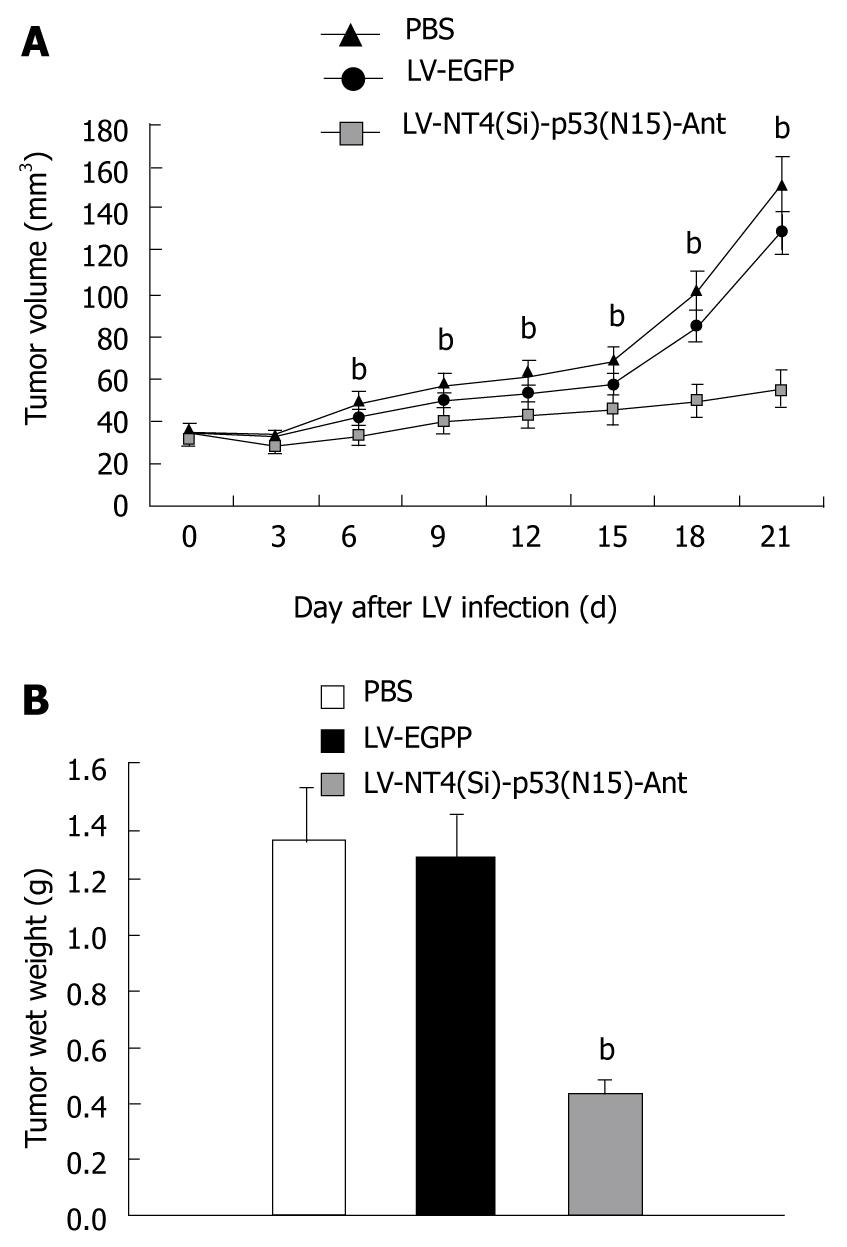