Rectal prolapse in young women is rare. Although laparoscopic ventral mesh rectopexy is the standard procedure because of its lower recurrence rate, postoperative infertility is a concern. Perineal rectosigmoidectomy (Altemeier procedure) is useful for these patients. However, the risk of anastomotic leakage should be considered. Recently, the usefulness of fluorescence imaging with indocyanine green (ICG) to prevent anastomotic leakage was reported. We report a case of an adolescent woman with complete rectal prolapse who underwent ICG fluorescence imaging-assisted Altemeier rectosigmoidectomy.

A 17-year-old woman who had a mental disorder was admitted to our hospital for treatment for water intoxication. The patient also suffered from rectal prolapse, approximately 3 mo before admission. She was referred to our surgical department because recurrent rectal prolapse could worsen her psychiatric disorder. Approximately 10 cm of complete rectal prolapse was observed. However, the mean maximum anal resting and constriction pressures were within normal limits on anorectal manometry. Because she had the desire to bear children in the future, she underwent Altemeier perineal rectosigmoidectomy to prevent surgery-related infertility. We performed ICG fluorescence imaging at the same time as surgery to reduce the risk of anastomotic leakage. Her postoperative course was uneventful, and the rectal prolapse was completely resolved. She continued to do well 18 mo after surgery, without recurrence of the rectal prolapse.

Core Tip: Rectal prolapse mainly occurs in elderly women and is rare in young women. Perineal approaches, including perineal rectosigmoidectomy (Altemeier perineal rectosigmoidectomy), are useful for not only elderly patients but also young women who desire pregnancy. However, postoperative anastomotic leakage should be considered. Recently, fluorescence imaging with indocyanine green (ICG) has provided a real-time assessment of intestinal perfusion to prevent the occurrence of anastomotic leakage after colorectal surgery. We describe here a case of a female adolescent patient with complete rectal prolapse who underwent ICG fluorescence imaging-assisted Altemeier perineal rectosigmoidectomy to prevent postoperative anastomotic leakage as well as surgery-related infertility.

Rectal prolapse is defined as a rare condition, in which the rectum loses its normal attachments that keep it inside the body. As such, the rectum turns inside out and sticks out through the anus. Rectal prolapse is rarely life threatening; however, it severely affects patient quality of life[1]. Although rectal prolapse can occur in any person, it is most commonly seen in elderly and female patients[2]. The exact cause of rectal prolapse remains unclear but some potential causative factors have been proposed, including an abnormally deep pouch of Douglas, pudendal nerve neuropathy, anal sphincter weakness, and increased intraabdominal pressure[3]. Some authors have speculated about the relationship between rectal prolapse and eating disorders in young women[4].

Laparoscopic ventral mesh rectopexy is currently the gold standard procedure among the abdominal approaches because of its low rate of recurrence. However, the issue of postoperative infertility raises concerns in using mesh rectopexy for young women. On the other hand, perineal approaches are likely to be used for elderly or high-risk patients because of their lower morbidity and minimally invasive nature. Altemeier perineal rectosigmoidectomy has been reported as the most effective procedure in terms of its low recurrence rate and low degree of invasiveness[8]. However, this procedure involves rectosigmoid resection, and postoperative anastomotic leakage can lead to a dismal outcome. Recently, fluorescence imaging with indocyanine green (ICG) has provided for a real-time assessment of intestinal perfusion and can help prevent the occurrence of anastomotic leakage after colorectal surgery[9].

A 17-year-old female who was hospitalized in the Department of Psychiatry to treat a mental disorder suffered from rectal prolapse. She was referred to our surgical department because recurring rectal prolapse could worsen her psychiatric disorder.

The patient’s symptoms started approximately 3 mo before admission. She had repeated rectal prolapse due to chronic, frequent, and severe diarrhea from spice abuse, including taking 15 g of chili pepper at each meal, and a laxative addiction.

The patient was diagnosed with a mental disorder 1 year before admission. She was hospitalized in the Department of Psychiatry for the treatment of water intoxication 1 mo before being referred to our department.

Other history could cause rectal prolapse were excluded. Her family history has nothing notable.

No abnormalities were found in the patient's laboratory examinations.

Total colonoscopy revealed redness and erosion in the rectal mucosa related to rectal prolapse (Figure 1). There was no evidence of other colonic pathologies. Abdominal computed tomography scans demonstrated that the peritoneal reflection lay below the lower sacrum, accompanied by a thickened rectal wall (Figure 2). 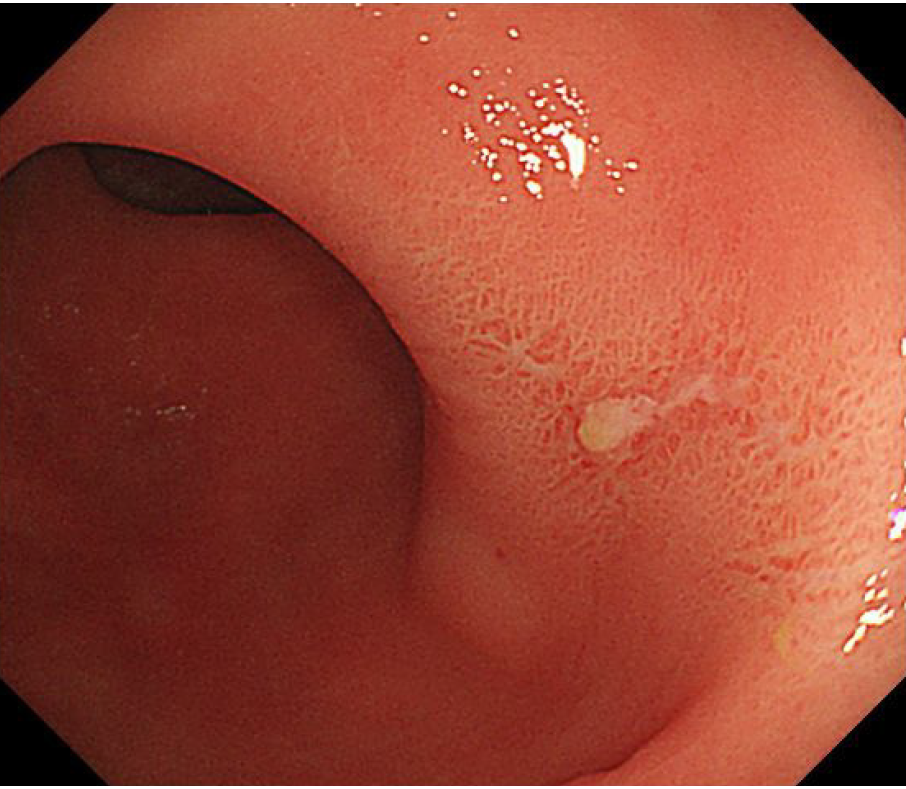 Figure 2 Computed tomography scans of the abdomen and pelvis. A: Diffuse rectal wall thickening (arrowheads) was seen; B: The peritoneal reflection lay below the lower sacrum, accompanied by a thickened rectal wall.
FINAL DIAGNOSIS

The patient was scheduled to undergo an elective Altemeier perineal rectosigmoid-ectomy. She was placed in the lithotomy position under epidural anesthesia combined with sedation. A large reddish section of the rectum, 10 cm in length, protruded from the anal opening (Figure 3). First, the rectum was pulled out, and then a circumferential full-thickness incision was made in the rectum at 2.0 cm above the dentate line. After sliding out the remnant rectum as much as possible, the perfusion of the proximal rectum was evaluated using near-infrared radiation (NIR) fluorescence imaging after an intravenous administration of ICG at a concentration of 0.2 mg/kg (Figure 4). After confirming rectal blood flow under NIR fluorescence imaging, the rectum was transected at the dentate line, with good perfusion. After performing levatorplasty, an end-to-end anastomosis was created using 4-0 absorbable monofilament sutures. The operation time was 202 min, and the estimated blood loss was less than 10 g. 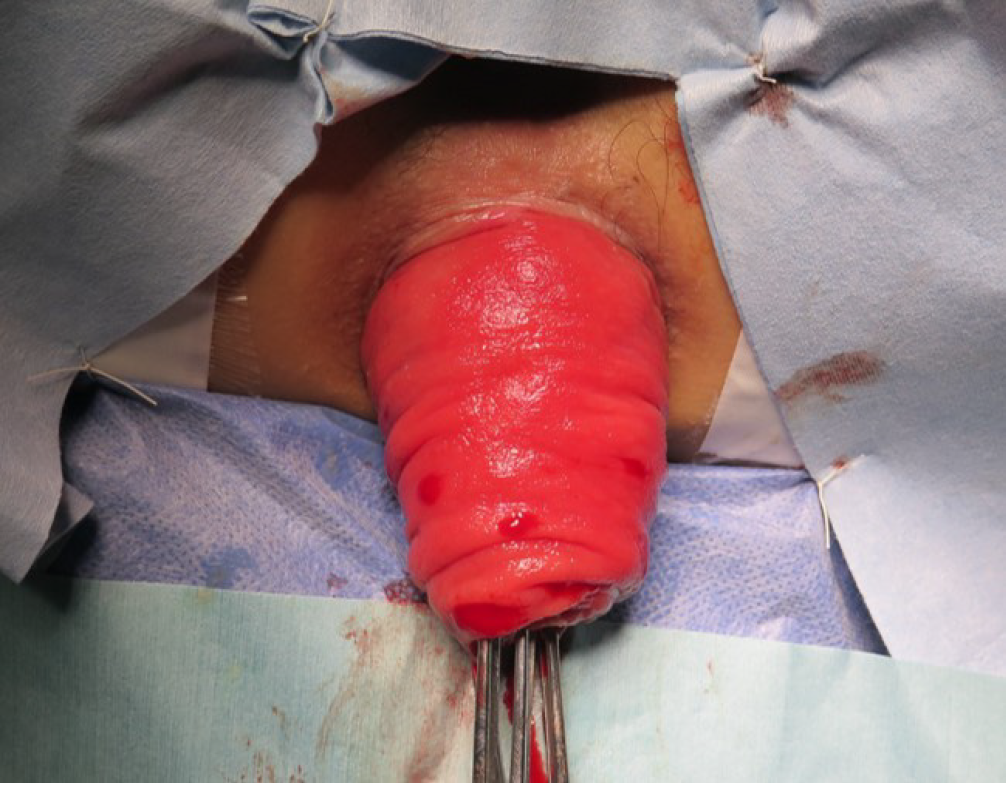 Figure 4 Intraoperative indocyanine green fluorescence imaging. A: The proximal rectum (arrowhead) was pulled out through the anus [before indocyanine green (ICG) administration]; B: ICG fluorescence imaging of the proximal rectum (arrowhead), showing a visible blood supply to the rectum. The rectum was transected on the line with good blood flow (arrow); C: Completion of the Altemeier operation.
OUTCOME AND FOLLOW-UP

Rectal prolapse is a rare condition, and the prevalence has been estimated to be approximately 2.5 per 100000 people[10]. The most common age for rectal prolapse is younger in males than in females because there are some differences in the cause of rectal prolapse between males and females. Morphological or functional abnormalities are the main cause in males, while acquired weakness of the pelvic floor muscles due to several mechanical factors, such as pregnancy, labor and childbirth, is the major cause in females[11].

Many surgical procedures have been proposed for the treatment of rectal prolapse. After transabdominal surgery, including laparoscopic rectopexy, the recurrence rate is reported to be relatively low, approximately 10%[13], and a high incidence of constipation after rectopexy has been reported; the new occurrence rate is approximately 15%, and the deterioration rate in patients who had constipation is approximately 50%[14]. On the other hand, transperineal approaches characterized as minimally invasive surgery have a higher recurrence rate than transabdominal rectopexy, which were reported as zero to 30%[15].

From the perspective of recurrence risk after surgery, transabdominal rectopexy would be beneficial for patients with rectal prolapse. However, the primary concern in our patient was an increased risk of infertility after mesh rectopexy because the patient was a young (17-year-old) woman. Hogan et al[16] recently reported a safe delivery after laparoscopic ventral mesh rectopexy for rectal prolapse with the use of synthetic mesh for women aged 20-year-old to 40-year-old. They described no adverse impact on the outcome of pregnancy and delivery and that pregnancy was not associated with recurrence of the prolapse or pelvic floor symptoms. However, there are no reports related to fertility in adolescent girls following intraabdominal mesh rectopexy for rectal prolapse. Therefore, we selected transperineal surgery, i.e., Altemeier perineal rectosigmoidectomy, in our case of a 10-cm-long rectal prolapse.

We performed the Altemeier procedure as a meshless perineal approach for a female adolescent with complete rectal prolapse, to avoid infertility after surgery. The information from ICG fluorescence imaging was helpful in making decisions concerning an adequate transection line for the rectum, which may help reduce anastomotic leakage.