A 27-year-old man came to the emergency department complaining that he had come into contact with paraquat by kissing his girlfriend, who had taken 80-120 mL 20% paraquat. After admission, his lung computed tomography (CT) showed increased lung markings. Redness and a burning sensation developed on his tongue, which progressed to painful erosions and coalescent ulcers. The final diagnosis was mild paraquat poisoning. Anti-inflammatory, antioxidant, and symptomatic treatment were initiated and continued for 7 d. Dyspnea did not occur, subsequent lung CT showed no significant changes, and the tongue pain was slightly improved. One month after discharge, the tongue injury was resolved.

This case indicated that the tongue and lung tissues are particularly vulnerable to paraquat toxicity, even after a limited exposure.

Core Tip: We report a rare case of exposure to a trace amount of paraquat by kissing, which has never been reported before. This case was accidental, but it reminds us that we should pay attention to trace paraquat poisoning because it has damaging effects, especially on the tongue.

Paraquat is an effective broad-spectrum, highly toxic quaternary ammonium herbicide that is widely used in agriculture and animal husbandry in developing countries[1,2]. Paraquat poisoning has been reported frequently in recent years and it remains a serious challenge in both public health and emergency medicine[3-5]. It is quickly distributed after intake, and results in kidney, lung, liver, and nervous system toxicity. There is currently no specific antidote[6,7]. Paraquat is reported to cause multiple organ failure, with a fatality rate as high as 40%-80%[8]. The main routes of paraquat poisoning are ingestion, inhalation, and skin contact[9-11]. Recently, a patient with paraquat poisoning was admitted of the Central Hospital of Tonghua from the emergency department. He was exposed to paraquat by kissing. At that route has never been reported before, we decided to report this case to provide a new reference for the prevention of paraquat poisoning.

Approximately 3 h before admission, the patient’s girlfriend took 80-120 mL 20% paraquat to commit suicide. He kissed her several times. Because he was drunk and emotional, the unusual smell that he noticed did not alert him. During these events, he swallowed at least once. After presentation at the emergency department, he did not feel any discomfort.

There is no history of past illness to disclose.

There is no special family history to disclose.

The patient’s vital signs of on admission were body temperature 36.5℃, pulse 82 beats/min, respiratory rate 19 breaths/min, and blood pressure 16.7/10.0 kPa. The patient was in a normal mental state. His chest auscultation breath sounds were clear without rhonchi and rales. His heart rate was 82 beats/min, his heart rhythm was regular, and no heart murmur was heard. Although no damage to the oral cavity or pharynx was observed on admission, redness and burning sensations of his tongue occurred the next day and gradually progressed to painful erosions and coalescent ulcers (Figure 1). During hospitalization, his percutaneous arterial oxygen saturation remained above 95%. 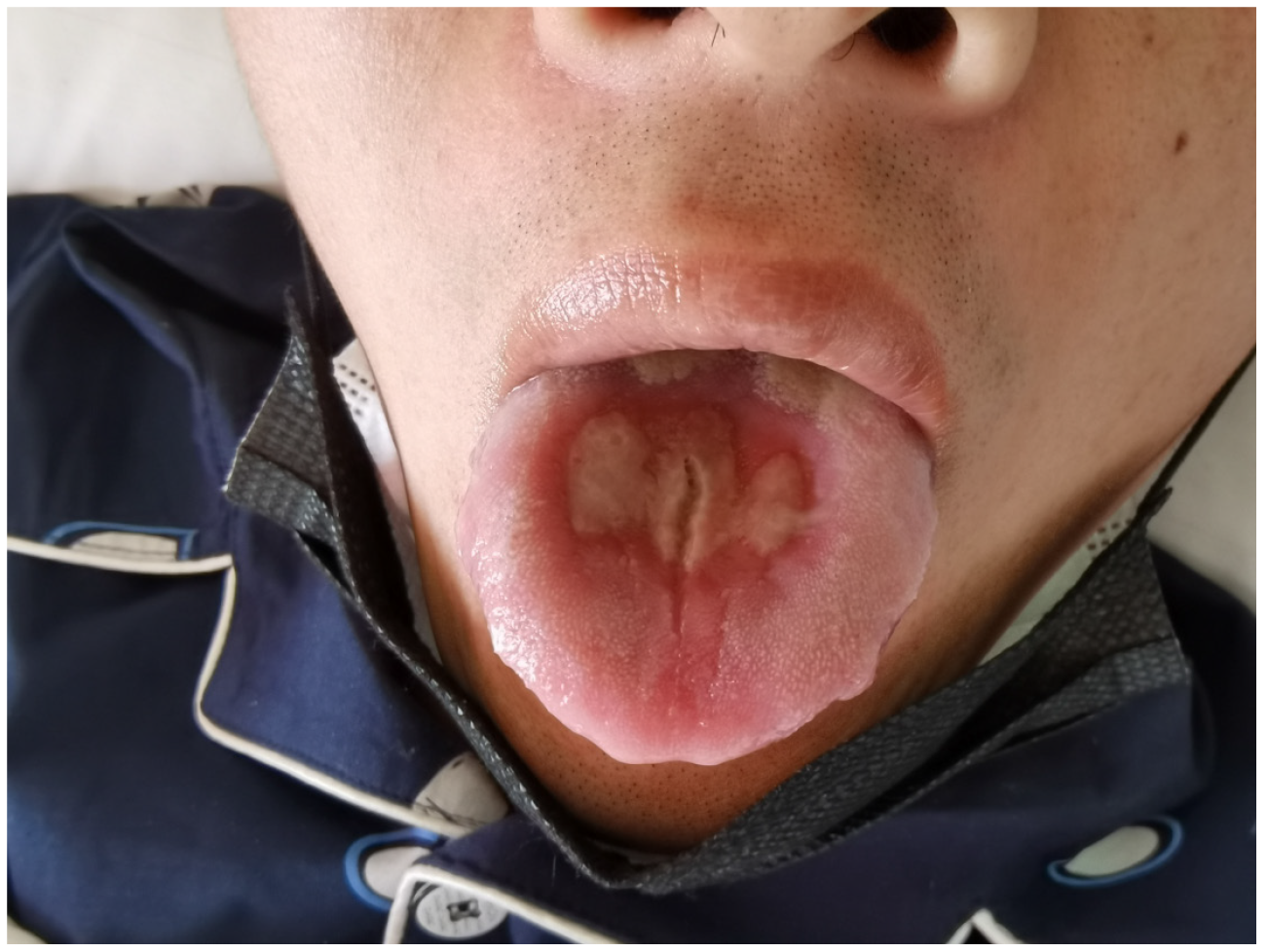 Figure 1 Five days after admission, deep fissures were interposed in the areas of coalescent ulcers on the tongue.
Laboratory examination

On admission, routine blood tests showed leukocytosis (14.07 × 109/L) with predominant neutrophils (90.90%), which were considered as a stress response. The plasma paraquat concentration was 0.117 μg/mL. Liver and renal function, routine urine tests, and arterial blood gas analysis remained within normal limits during his hospitalization. 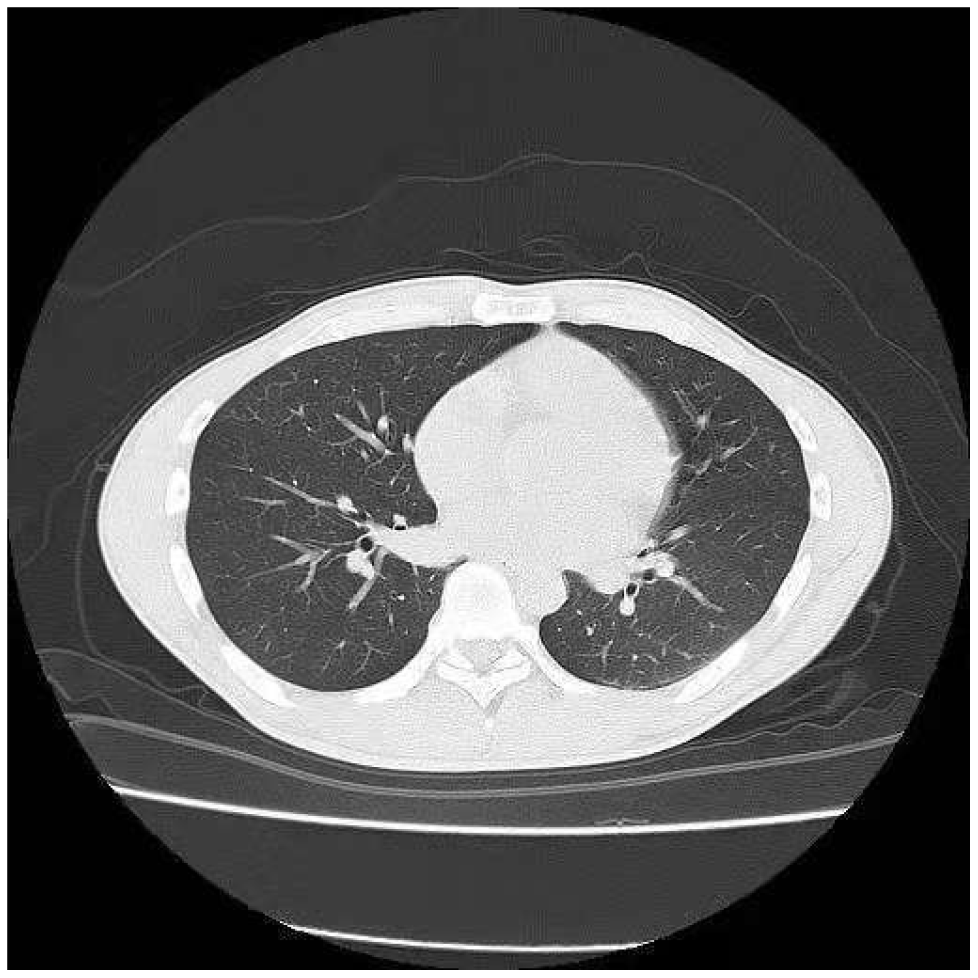 The clinical course was uneventful. The patient recovered well and was discharged on day 7. He did not develop dyspnea, lung CT scans revealed no progressive lung lesions. His liver, lung, and kidney functions remained normal. Other than a slight improvement of pain, there was no significant resolution of the tongue lesion, but 1 mo after hospital discharge, the tongue had healed well.

The International Program for Chemical Safety classifies paraquat is a class II, moderately dangerous, pesticide[9]. It causes liver, kidney, digestive tract, and especially lung toxicity[12]. Its toxicity depends on the route of exposure and the dose taken. The absorption rate of paraquat in the gastrointestinal tract is 5%-15%, and the paraquat plasma concentration reaches a peak within 0.5-4.0 h after absorption[13]. Approximately 15 h after oral administration, the concentration of paraquat in the lungs reaches a peak, which is 10-90 times the plasma concentration[14]. An oral dose of 5-15 mL of 20% paraquat is usually fatal[15-18]. Considering the patient’s chief complaint, the course of illness, and good recovery, we considered his actual intake to have been less than 5 mL.

The specific mechanism of paraquat-induced lung injury is complex and it is considered to involve diffuse alveolar collapse, vascular congestion, adherence of activated platelets, and inflammatory-cell infiltration caused by oxidative stress[19,20]. Because of a lack of specific drugs to treat the lung injury, palliative treatment is mainstream in clinical practice. This patient received anti-inflammatory, antioxidant, and symptomatic treatment, but clinical studies have suggested that the benefits of those treatments are limited[6], which is consistent with our experience. We believe that the main reason for his satisfactory recovery was that the intake dose was too small to cause any significant oxidative damage.

Paraquat-induced lung injury pathophysiologically manifests as reduced pulmonary ventilation, reduced lung compliance, and ventilation/perfusion defects[21]. In the early stage, lung CT shows no abnormality or only an increase of lung markings and mild ground-glass-like changes. In the middle and late stages, the lung CT shows diffuse ground-glass changes, pulmonary fibrosis and lung consolidation[22-25]. Two days after admission, this patient’s lung CT showed increased lung markings. Subsequent lung CTs showed no further aggravation of the lung injury. We were surprised that exposure to such a small dose of paraquat led to pulmonary imaging changes without dysfunction of other organs. Consequently, we believe that the lung is very vulnerable and susceptible to paraquat toxicity.

Oral paraquat can damage the tongue and pharynx. Initial responses include erythema and swelling of the tongue that gradually progress to erosions and ulcerations covered with yellow necrotic tissue[26,27]. The symptoms include severe pain, difficulty swallowing, and excessive salivation[28,29]. In previous cases of tongue injury, the patients took at least 10-15 mL of 20% paraquat orally[28,30]. The patient did not directly take paraquat orally, but was indirectly exposed to a mixture of paraquat and saliva through kissing. This is a route of intoxication that was previously unknown to us. That is what we were interested in. Initially, we thought that exposure to such a small amount of paraquat was not enough to cause tongue damage. However, to our surprise, the patient developed damage to his tongue on the second day of admission, indicating that the tongue is particularly vulnerable and susceptible to paraquat. We did not find any studies on the minimum concentration or dose of paraquat that can cause tongue damage, which deserves investigation.

This case shows that even exposure to trace paraquat can lead to tongue damage and pulmonary imaging changes, suggesting that the tongue and lung tissues are particularly vulnerable and susceptible to paraquat. Poisoning by kissing was accidental, but it reminds us that we should pay attention to the prevention of trace paraquat poisoning caused by some surprising routes, such as using containers that once contained paraquat to drink water, close contact with the sparger spraying paraquat, and others.