Figure 2 A 30-year-old female diagnosed with intrahepatic extramedullary hematopoiesis was confirmed by biopsy. A and B: The lesion (arrow) located in the subcapsular of segment VI/VII was slightly hyperintense on T2 weighted image (WI)-fat saturation (FS) (A) and slightly hypointense on T1WI-FS (B); C-E: The lesion showed a lower signal intensity on the in-phase (C) than on the out-phase (D) image, and signal loss on susceptibility weighted imaging (E); F-H: In dynamic series, the lesion was mildly enhanced in the arterial phase (F), with areas of progressive and prolonged enhancement in the portal venous (G) and delayed phases (H).

Figure 3 A 52-year-old male diagnosed with intrahepatic extramedullary hematopoiesis was confirmed by resection. A-D: The lesion located in segment V/VIII (arrow) showed lower signal intensity on the in-phase (A) than on the out-phase (B) image, as opposed to another lesion (the same patient) in segment IV (arrowhead, the surgical pathologic diagnosis was angioleiomyolipoma), which showed higher signal intensity on the in-phase (C) than on the out-phase (D) image; E-H: The lesion (arrow) showed high signal intensity on T2 weighted image-fat saturation (E), with intense enhancement in the arterial phase (F), and was relatively hypointense in the transitional phase (G) and hepatobiliary phase (H). 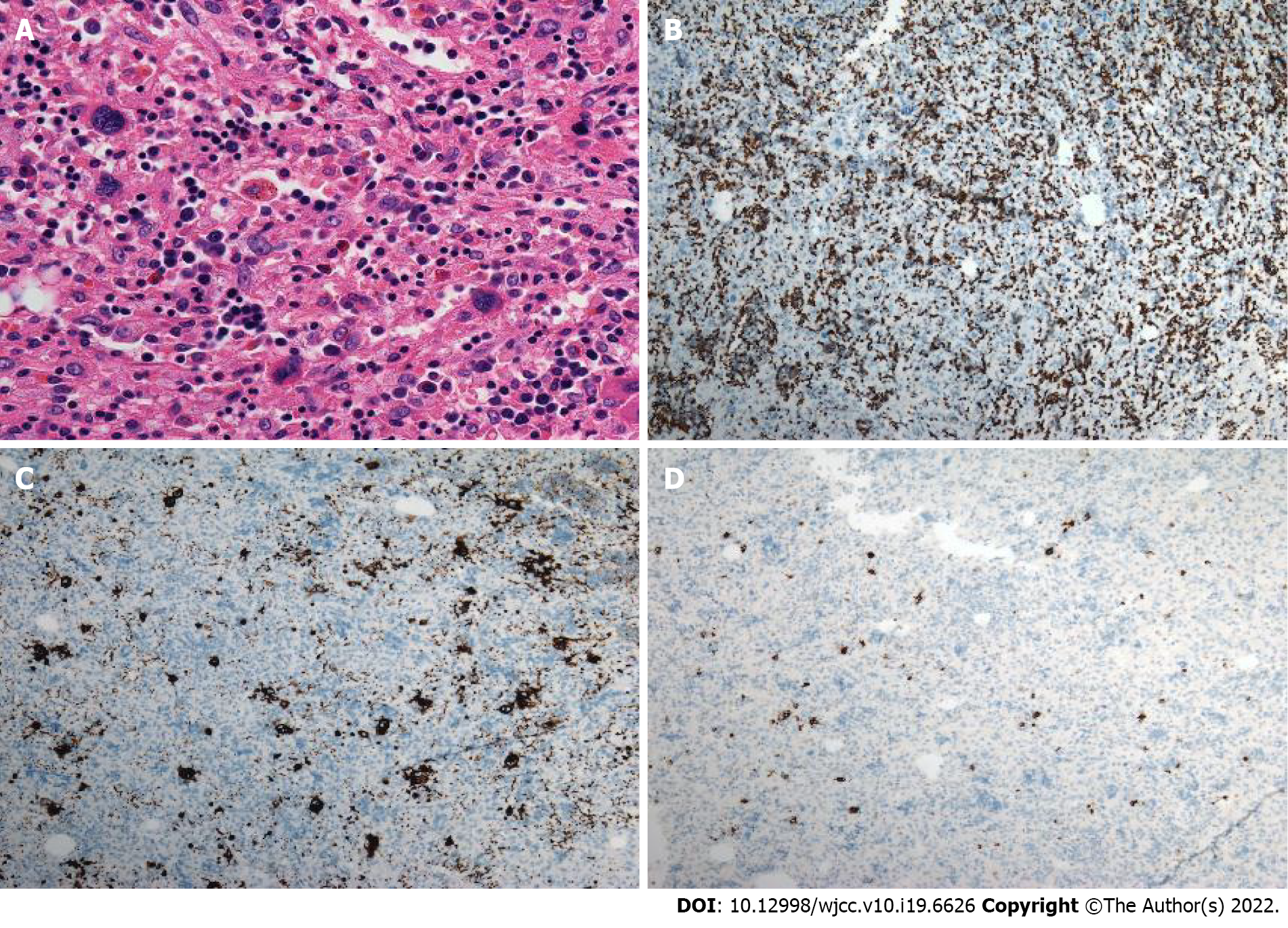 Figure 4 Intrahepatic extramedullary hematopoiesis in the same patient shown in figure 1. A: On the photomicrograph (hematoxylin and eosin staining; × 200), megakaryocytes and erythroid cells were scattered within the surgical specimen; B-D: Immunohistochemical staining using CD235 (B), CD61 (C) and MPO (D) markers (× 40) revealed that the cells were positive (brown color) for these markers, respectively. 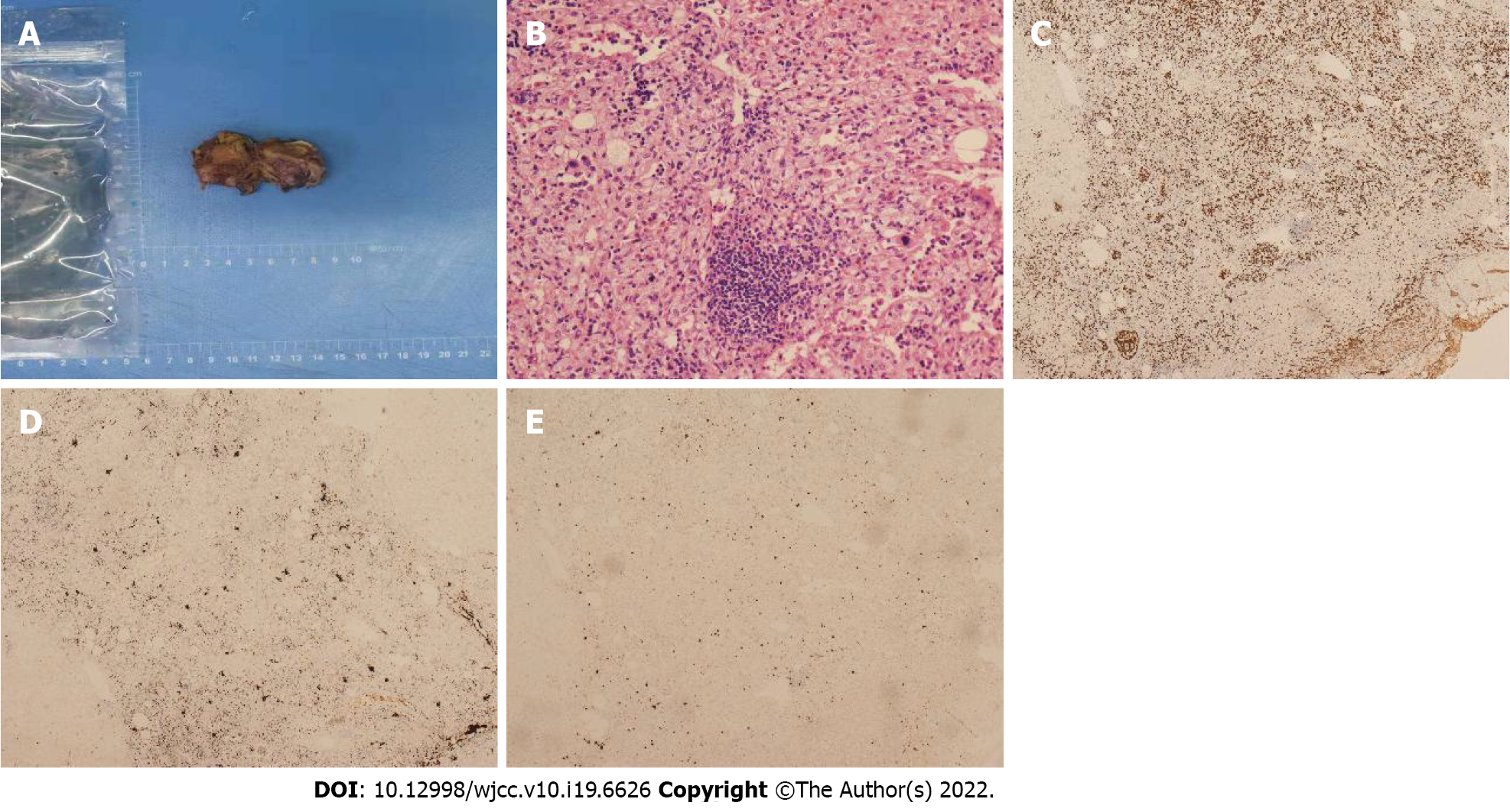 Figure 5 Intrahepatic extramedullary hematopoiesis in the same patient shown in figure 3. A: Photograph of the specimen showed the lobular and solid nature of the resected hepatic mass (segment V/VIII), without areas of necrosis and hemorrhage; B: On the photomicrograph (hematoxylin and eosin staining; × 200), granulocytes, megakaryocytes, adipocytes and erythrocytes were distributed within the surgical specimen; C-E: Immunohistochemical staining using CD235 (C), CD61 (D) and MPO (E) markers (× 40) revealed that the cells were positive (brown color) for these markers, respectively.