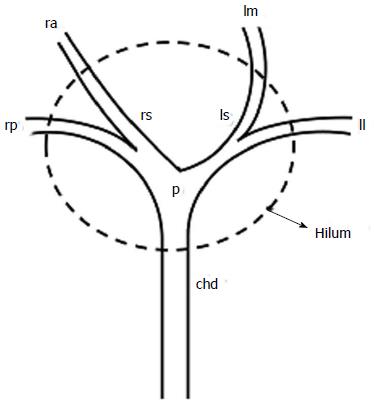 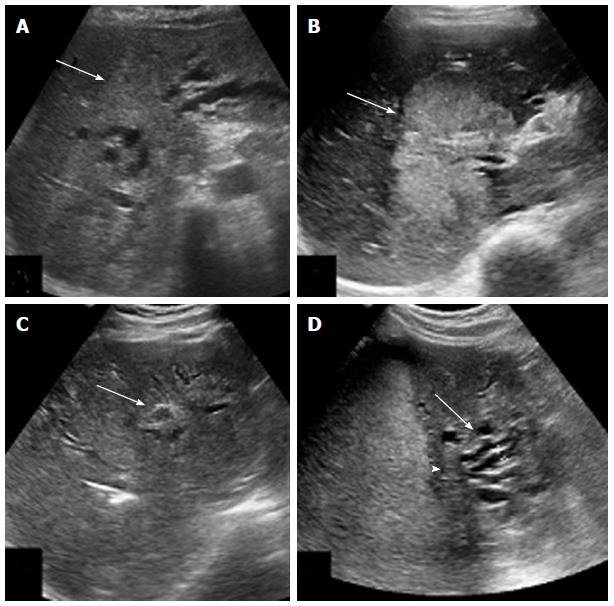 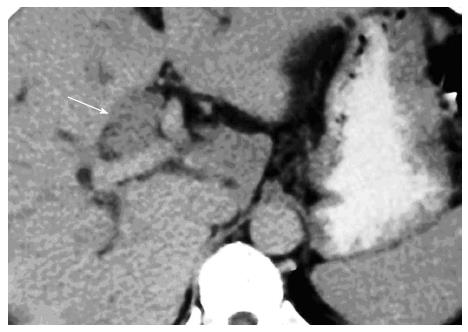 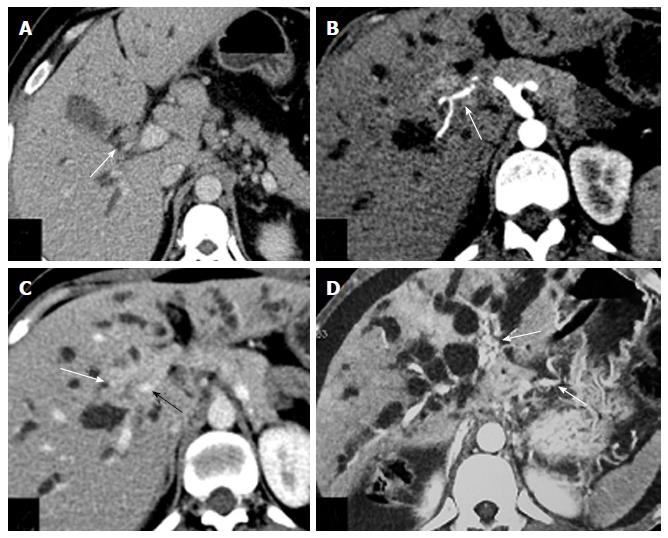 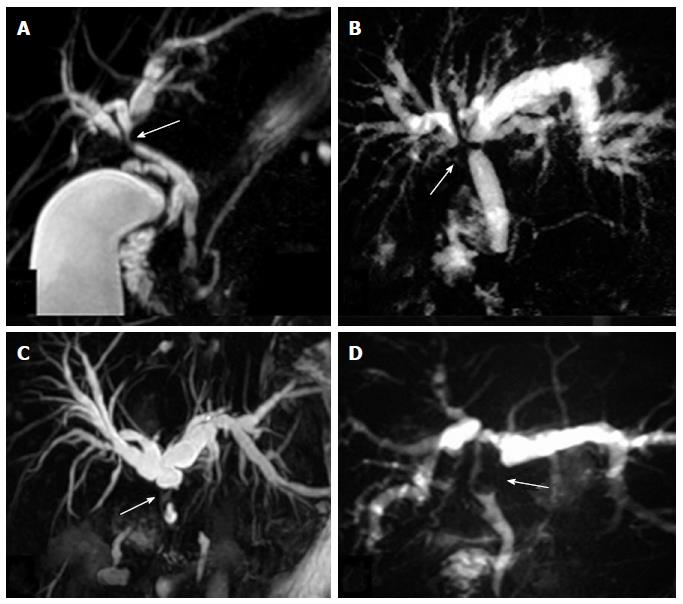 Figure 17 Axial (A) and coronal (B) computed tomography scan of a case of hilar cholangiocarcinoma after endoscopic stenting showing circumferential wall thickening of common hepatic duct around the stent. It would be difficult to differentiate this from reactive thickening. 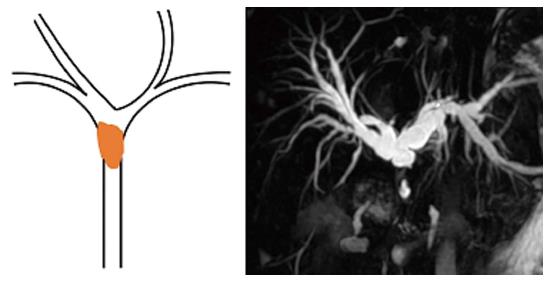 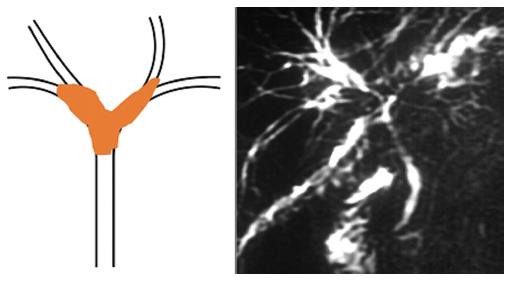 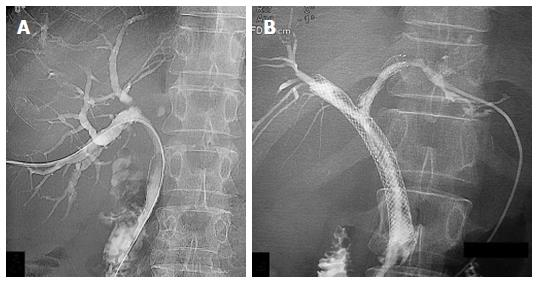 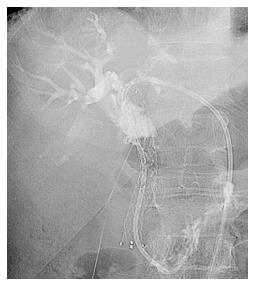 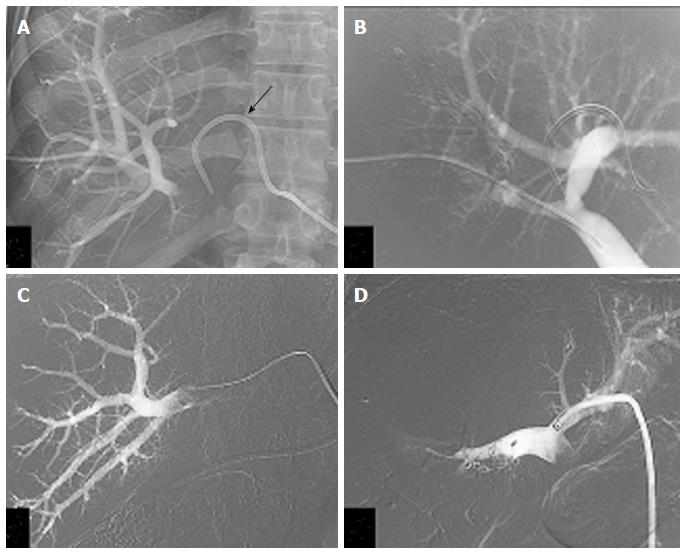