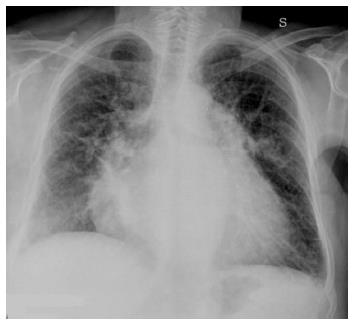 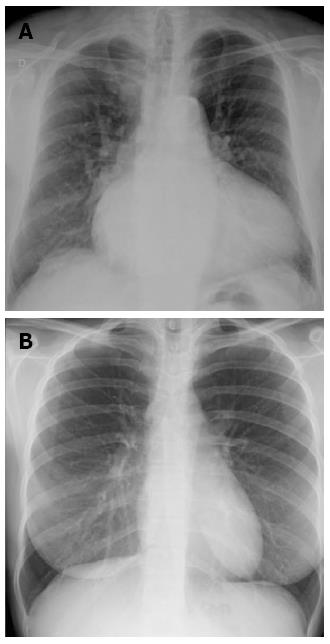 Figure 2 Posterior-anterior chest X-ray demonstrating enlargement of atrial and left ventricles, with redistribution of lung circulation from bases to apex suggestive to pulmonary congestion (A), note the blood vessels are more prominent in the upper lung fields compared to the lung bases, just the opposite of normal (B). 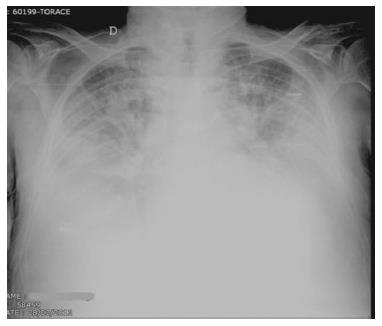 Figure 3 Supine radiogram in a patient with cardiogenic alveolar edema. Note that the vascular perihilar structures are not defined because of the presence of confluent peripheral and gravitational consolidations, with large pleural effusion. Cardiomegaly is also present. 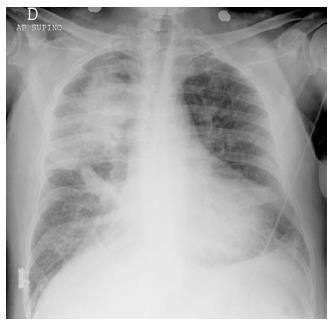 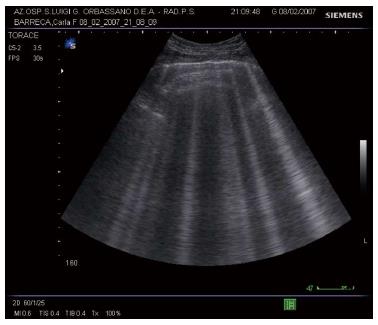 Figure 5 Lung ultrasound scan showing multiple B-lines from a case of cardiogenic pulmonary oedema. When a similar pattern is visualised on multiple locations in the anterior and lateral chest, it is diagnostic of the interstitial syndrome. 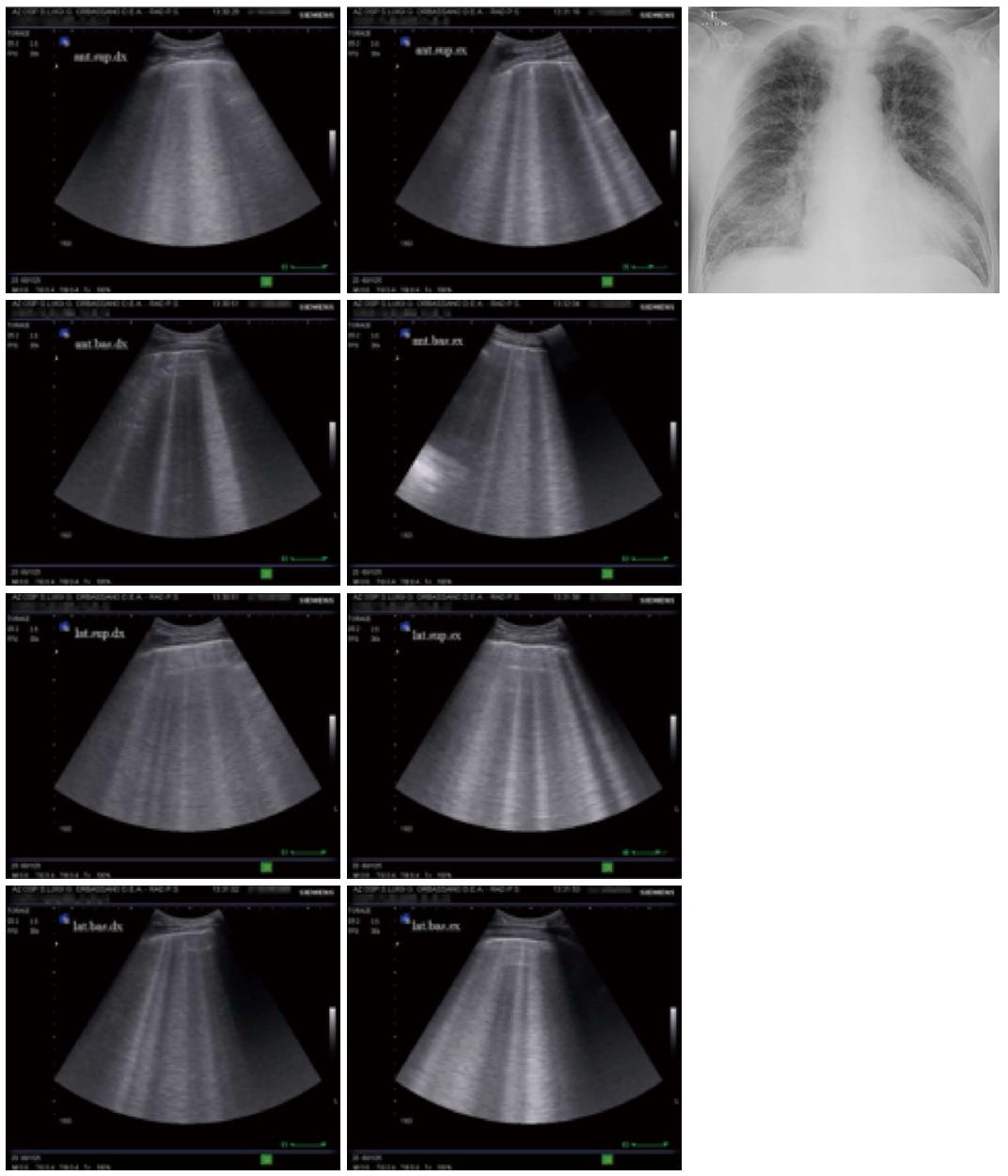 Figure 6 A typical sonographic pattern of diffuse alveolar-interstitial syndrome (left side) and corresponding chest radiograph (right side) in a case of acute cardiogenic pulmonary oedema. In the sonographic images on either side of the radiogram, the presence of multiple adjacent comet-tail artefacts (at least three per scan and in all chest areas examined) can be easily distinguished. The images illustrate the sonographic B+ pattern corresponding to the radiological finding of pulmonary oedema.