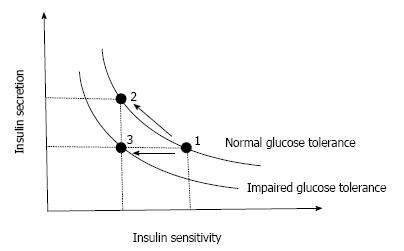 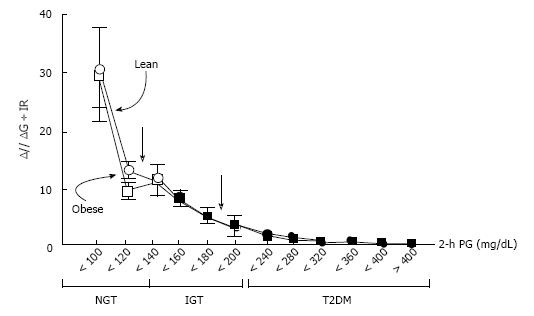 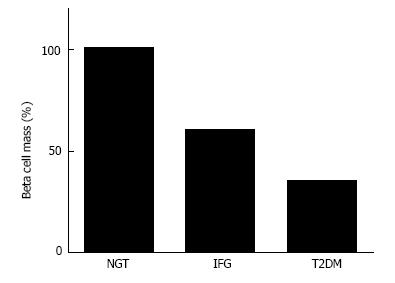 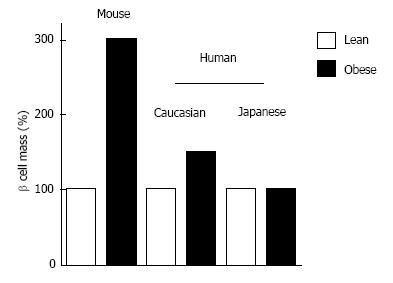 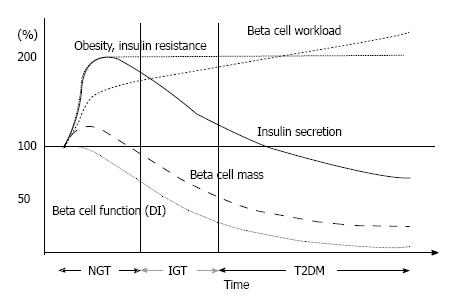 Figure 6 Hypothesis for change in β-cell function and mass during development of abnormal glucose tolerance. The magnitude of the increased demand for insulin due to insulin resistance caused by excess caloric intake and physical inactivity exceeds the magnitude of β-cell mass expansion, resulting in an increase in β-cell workload. In individuals who are susceptible to type 2 diabetes (T2DM), increased β-cell workload may lead to β-cell failure and the development of T2DM. Adopted and modified from ref.[109]. 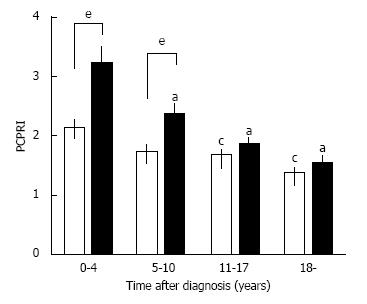 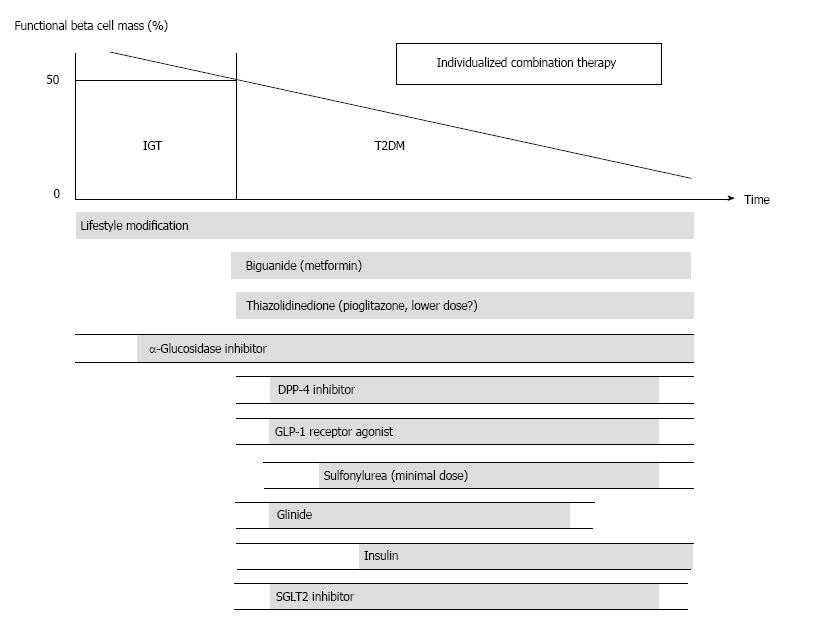 Figure 10 Proposed concept of treatment strategy for type 2 diabetes in relation to functional β-cell mass. α-glucosidase inhibitor is partly approved for use in patients with impaired glucose tolerance in Japan. Medications not approved in Japan are not included in the figure. Since currently no single therapy or agent can cure and even manage type 2 diabetes (T2DM), an effective combination of current medications in addition to lifestyle modification aiming at reduction in β-cell workload is important to preserve or recover β-cell function. Adopted and modified from ref.[108,109]. IGT: Impaired glucose tolerance.