METHODS: Ten hybrid dogs and 20 patients with primary hepatic cancer (PHC) were included in the study. Each dog was examined by CT, CTAP (computed tomography during arterial portography) and CTSP to compare the enhanced degrees of the liver. The 20 PHC patients were examined by CTSP and the appearance of PHC was compared with their pathological results to evaluate the diagnostic significance of CTSP.

RESULTS: The animal experiments showed that both CTAP and CTSP could obviously enhance the liver (P < 0.01), but there was no significant difference in the enhanced results between the two methods (P > 0.05). On the CTSP images in the 20 patients, the density of the livers was increased to 168-192 Hu, whereas the density of the cancers remained as low as that on the images of CT scans (< 58 Hu). The CTSP findings were consistent with the surgical ones from spaceoccupying lesions. Its diagnostic value was obviously superior to that of general enhanced CT and ultrasonic examination. However, it was difficult for CTSP to show nodules less than 1 cm in size located on the surface of the liver or the hepatic portal zone.

CONCLUSIONS: Like CTAP, CTSP is also a sensitive method for showing occupants in the liver. But the equipments and the procedures for CTSP are simpler than for CTAP. Therefore, it is an alternative procedure in clinical practice.

Computed tomography during arterial portography (CTAP) established by Hisa in 1980 is the most sensitive method for showing occupantis in the liver[1-3]. Unfortunately, CTAP is not convinient for arterial catherization, which is necessary before CT examination. Based on CTAP, we used CT during splenoportography (CTSP) to show occupants in the liver. CTSP does not require complicated instruments and is easy to operate. And it has been proved to be sensitive and safe for clinical application[4-5].

Procedures Firstly, plain CT scaning was performed in all of the dogs from the top of the diaphragm to the inferior margin of the liver. Each layer was and distance between two neighbouring layers was 10 mm. Then, the animals were examined by CTAP. Using Seldinger technology, a catheter was inserted from the left femoral artery to the anterior mesenteric artery (Figure 1). Four hours later, 76% compound meglumine diatrizoate (1.5 mL/kg body weight) was injected through the catheter at a rate of 1.5 mL/sec and the animals were examined by continous dynamic scanning. Seven days after CTAP, CASP was performed. In this procedure, the point of a 20G trocar was inserted into the relatively larger veins or the splenic paronchyma (Figure 2). The same quantity of compound meglumine diatrizoate was injected at the same rate as CTAP. The animals were examined as in the second step. 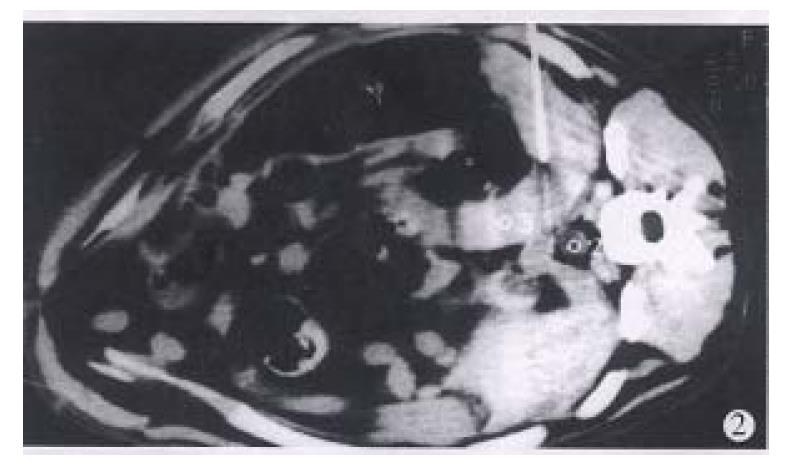 Figure 2 The point entered the right place of the dog’s spleen.
Clinical application

General data Seventeen men and three women with PHC were examined by CTSP. Nine of the 20 patients were operated on after CTSP to remove the tumors who were proved pathologically to have primary hepatocellular carcinomas. Seven patients had postoperative recurrence of hepatocellular carcinomas. Diagnosis of PHC in 4 patients was made according to the criteria formulated in the National Consonsus Conference on Prevention and Therapy of Hepatic Carcinoma in 1977.

Instruments The same trocar, syringes and CT scan machine were used as for the animal experiments.

Examination methods The position for insertion of a 20G trocar was determined by CT. The puncture point for CT was generally on the middle or posterior axillary line of the 8th to 11th intercostal space. The depth of the needle was determined by CT image. When the needle was inserted, the patients were scanned once again. When proper position, depth and direction of the needle were achieved (Figure 3), a total volume of 60 mL-80 mL 60% angiografin (SCHRING Corporation, Germany) was injected at a rate of 1 mL/s. Twenty seconds later, continuous dynamic scanning was started. When the scanning was finished, the trocar was quickly pulled out and the puncture point was pressed for 4-5 min and covered with gauze. If necessary, the puncture site should be scanned to get 1-3 images to observe whether bleeding happens.

The CT values of the dog livers in plain CT scan, CTAP and CTSP were 70.5 Hu ± 8.7 Hu, 209 Hu ± 23.9 Hu and 212 Hu ± 28.2 Hu, respectively. CTAP and CTSP could markedly enhance the liver (P < 0.01), with no significant difference (P > 0.05) (Figure 4). To observe the liver, kidney and spleen, two of the ten dogs were killed each time immediately, 3, 5, 7 or 10 d after CTSP examination. No abnormality was seen in the livers and kidneys of all the dogs. The surface of the spleens was smooth, without haematoma. In the spleens, dotted bleeding sites about 2 mm × 2 mm appeared where the needle was inserted. Those bleeding sites were substituted by connective tissues later (Figure 5, Figure 6, Figure 7). 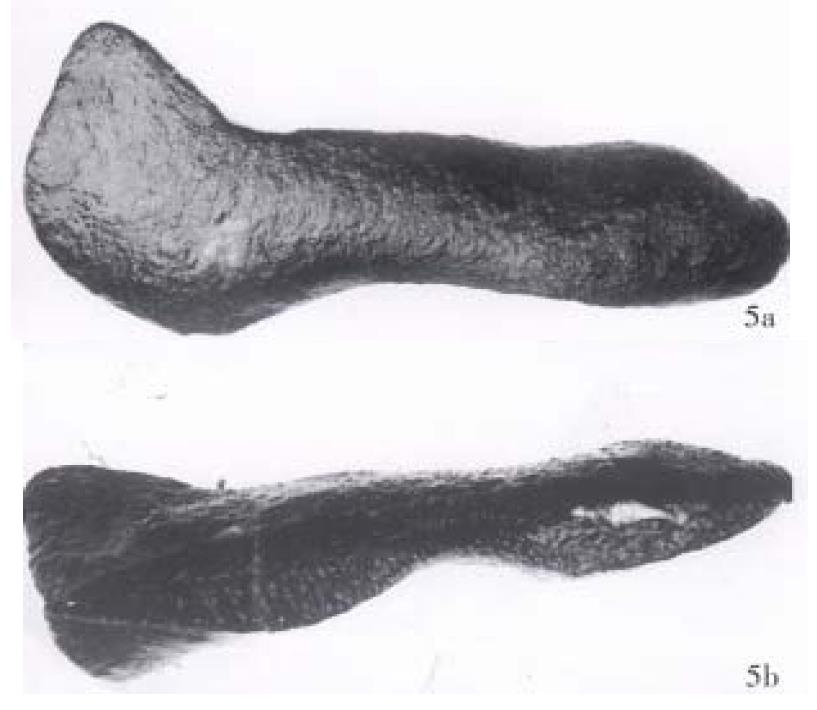 Figure 5 The spleens of the dogs eviscerated 5 d after CTSP. a. The surface of the spleen is smooth and b. there is nobleeding foci in the longitudinally dissected spleen. 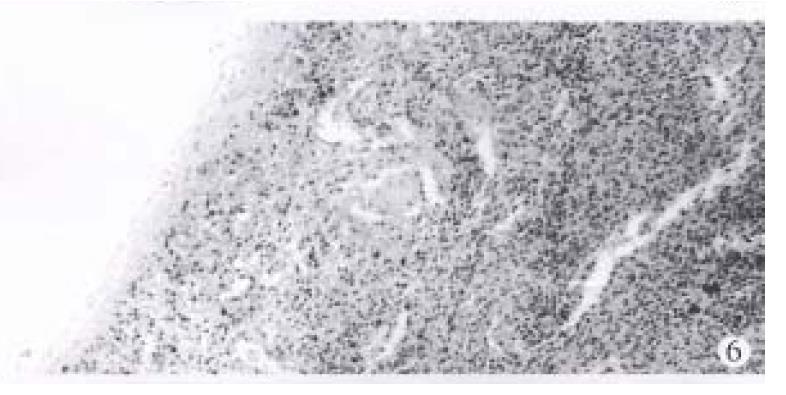 Figure 6 The splenic tissue of one dog killed immediately after CTSP. HE stain 3.3 × 10.

Figure 7 The spleen of a dog killed 10 d after CTSP. A little proliferation of connecuive tissue could be seen at the point where the catheter entered the spleen. HE stain 3.3 × 10.
Clinical application

The apearance of PHC in CTSP. In the 20 patients with PHC, 58 foci with low density were found by CTSP. After the contrast medium was injected, the CT values of normal livers could reach 168 Hu-192 Hu, whereas the values of hepatic cancers were no more than 58 Hu. The carcinomas showed similar density in CTSP and plain CT scan. The neoplasms showed clear borders (Figure 8 a-c, Figure 9 a-c and Figure 10 a-d).

Figure 8 PHC of a 59-year-old male patient. a. plain CT scan: only a small cyst was seen in the anterior part of the right lobe of the liver. b. enhanced CT: except the cyst, the carcinoma could not be shown clearly. c. CTSP: two carcinomas were clearly shown behind the cyst, and proved to be primary hepatocyte carcinoma. 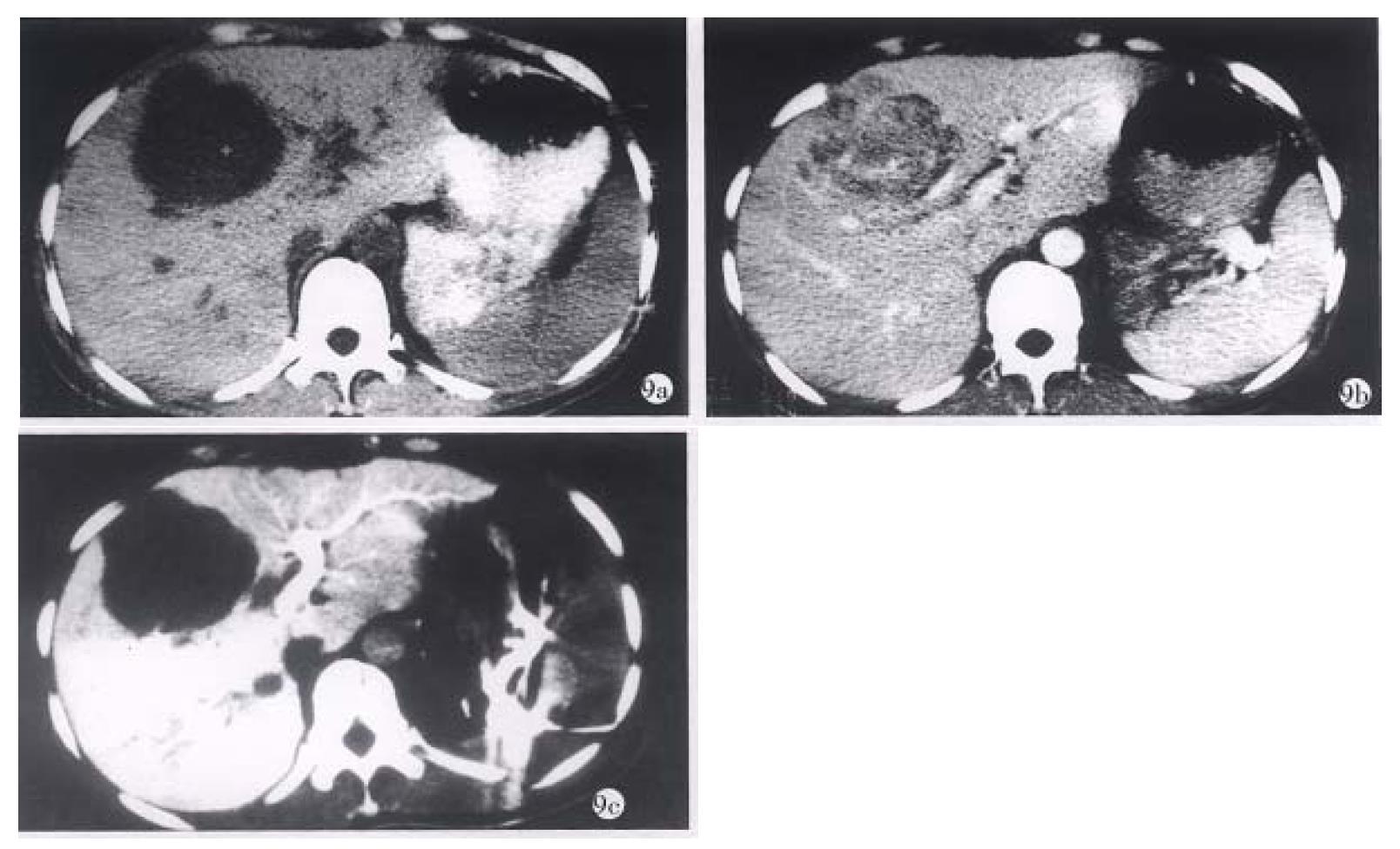 Figure 9 Primary hepatocyte carcinoma of a 30-year-old female patient. a. plain CT scan; b. enhanced CT; c. CTSP. Though they all could show carcinoma, CTSP not only could show it more clearly than the other two, but also show metastases to the right of the inferior vena cava. 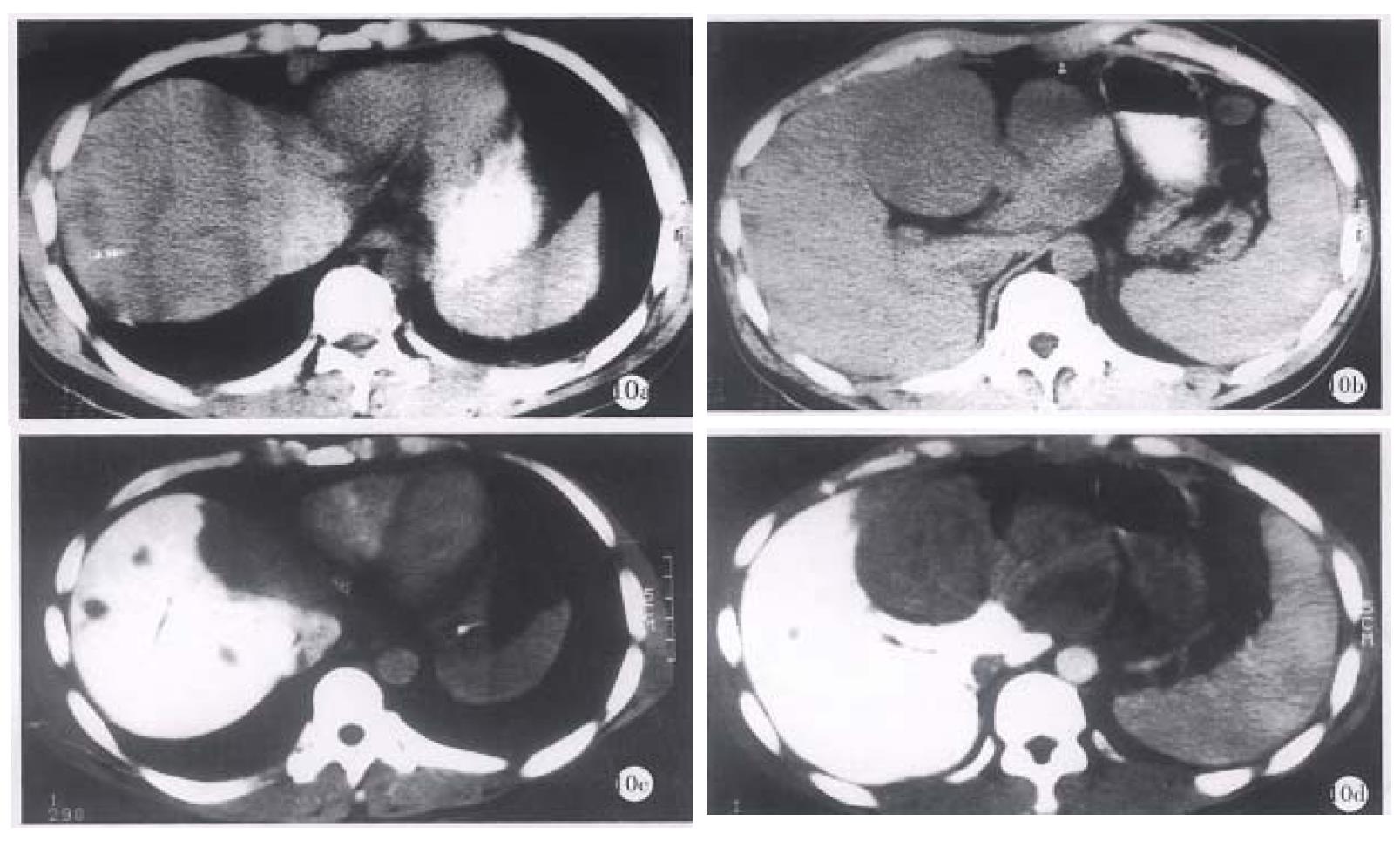 Figure 11 The contrast medium remained in the spleen after CTSP. The splenic veins show high density. The recurrent cancer in the liver and the child focus in the portal vein (the left posterior arrow) are both shown clearly.

The postoperative reaction of the patients. The patients did not feel obviously uncomfortable when the contrast medium was injected at a rate of 1 mL/s. They felt slight local swelling and pain at the beginning when the injection was rapid (2 mL/sec-3 mL/sec). The pain was alleviated 10-20 min later. Three patients felt more severe pain because the drug was injected into the pleural cavity. The contrast medium was spontaneously absorbed one week later. No bleeding occurred.

CTSP has been shown to be a very sensitive method for showing both primary and metastatic foci of PHC. In 9 patients, CTSP was as sensitive as operative exploration in finding the foci of 1 cm in size in the liver. In the other three patients, CTSP could not find nodules < 1 cm on the surface of the liver or metastatic foci < 1 cm in the hepatic portal zone that were found during operation. Compared with ultrasonic examination, CTSP could find more foci. Ultrasonic examination could find only 5 of 15 foci ≤ 1.5 cm found by CTSP in 12 patients. CTSP was even superior to ultrasonic examination in showing nenoplasms located on the diaphragmatic surface of the liver. In four patients examined by enhanced CT and CTSP, CTSP showed seven foci ≤ 1.5 cm, whereas enhanced CT found only three foci unclearly. In general, according to our limited experiences, CTSP could show PHC with high sensitivity. Further work is necessary for qualitative diagnosis of PHC by CTSP.

CTSP is sensitive in showing occupants of as small as 5 mm in size in the liver. Therefore, CTSP should be done when primary or metastatic occupants were suspected in the liver that could not be shown clearly by other examinations. For patients with occluded portal veins, CTSP is not acceptable, because the contrast medium is difficult to pass through the portal veins.

CTSP is a microtraumatic examination. Though early observation in animal experiments could find bleeding foci at the splenic puncture sites, their diameters were less than 2 mm and substituted by connective tissues later, without spleen rupture. No bleeding in the abdominal cavity and spleen rupture occurred either in our clinical application. The vein intima remained smooth and no portal veins were obstructed, no injuries were seen in the livers and the kidneys. Therefore, CTSP could be safely used in clinical practice.