AIM: To assess the prognostic value of c-Met status in colorectal cancer.

METHODS: We conducted a search in PubMed, Web of Science, and the Cochrane Library covering all published papers up to July 2014. Only studies assessing survival in colorectal cancer by c-Met status were included. This meta-analysis was performed by using STATA11.0.

CONCLUSION: The present meta-analysis indicated that high c-Met expression was associated with poor prognosis in patients with colorectal cancer.

Core tip: High c-Met expression was found in colorectal cancer and showed a positive relationship with early tumor invasion and metastasis. However, there still seems to be no consensus about the prognostic properties of c-Met status. In this paper, after combing the data from 11 retrospective studies with 1,895 patients, the authors found that high c-Met expression was associated with poor prognosis in patients with colorectal cancer.

Colorectal cancer (CRC) is one of the most common types of cancer worldwide. The 5-year survival rate of CRC is higher in the early stage due to radical surgical resection. However, many patients who underwent resection for primary colorectal cancer developed local recurrences or distant metastases, and had a shorter survival[1]. Recent treatment options for patients with advanced colorectal cancer included combining anti- epidermal growth factor receptor (EGFR) or anti-vascular endothelial growth factor monoclonal antibodies with chemotherapy. Although many predictive markers have been identified[2-4], most of them are not commonly used in clinical practice. Identification of factors that can predict a more accurate prognosis is therefore required.

C-Met is a receptor tyrosine kinase encoded by the c-Met oncogene. High expression of c-Met has been found in different solid tumors and has a correlation with poor prognosis. In CRC, c-Met is considered to be related to tumor aggressiveness and invasiveness, as well as metastatic potential and poor prognosis[5-7]. In many tumors, the c-Met signaling pathway is activated aberrantly and represents one of the most important mechanisms of progression and invasiveness[8].

However, despite a large number of studies having researched the relationship between c-Met and survival in colorectal cancer, there still seems to be no consensus about the prognostic properties of c-Met status. It is for this reason that we performed this systematic review.

We searched PubMed, Web of Science, and the Cochrane Library with the following terms: (c-Met AND (colon or rectal or colorectal) AND (carcinoma or tumor or cancer) AND prognosis) from 1990 to July 2014. To expand our search, references of the retrieved articles were also screened for additional studies. The inclusion criteria for primary studies were as follows: (1) proven diagnosis of CRC in humans; (2) overall survival (OS) or progression-free survival (PFS) analyzed by c-Met level; and (3) c-Met evaluation using reverse transcriptase quantitative polymerase chain reaction (RT-qPCR) or immunohistochemistry (IHC). Data from abstracts, review articles, and letters were excluded.

Relevant data were extracted from eligible studies by two researchers independently. The following information was extracted from each study: (1) basic information such as first author’s name, country, and publication year of article; and (2) variables such as number of patients analyzed, disease stage, methods of c-Met analysis, and hazard ratio (HR) with 95%CI for progression-free survival (PFS) and overall survival (OS). When HRs and confidence intervals were not reported directly, we estimated them from the number of patients in each group and Kaplan-Meier curves by using the published methodology[9].

We calculated HRs with their 95%CIs to evaluate the relationships between c-Met level and PFS or OS. Heterogeneity was defined as I2 > 50%. When heterogeneity was judged among primary studies, the random-effects model was used. Otherwise, the fixed-effects model was used. Publication bias was assessed using Egger’s test. All statistical analysis was carried out with STATA 11.0.

The initial search yielded 84 articles, of which 51 were excluded after screening of their titles and abstracts. Following the evaluation of the full text, a total of 11 studies were ultimately included in our study. The selection process for the studies involved in this meta-analysis is shown in Figure 1. From the 11 studies that were included[10-20], a total of 1,895 patients were analyzed. The characteristics of the involved studies are showed in Table 1. 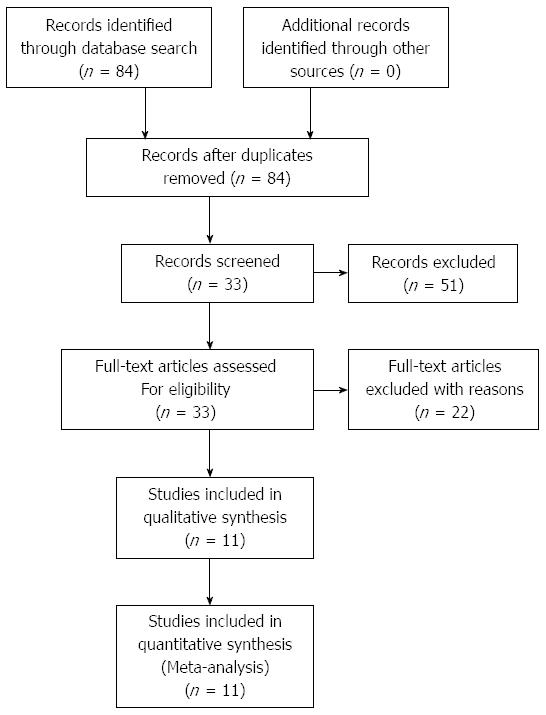 Figure 1 Flow chart of the meta-analysis.

All of these studies were retrospective research. Of the 11 studies, two[11,13] included only patients with advanced disease (stage IV), while the remaining 9 studies[10,12,14-20] included patients with stage I-IV. None of the patients received therapy before resection of the primary tumor. C-Met evaluation was performed by IHC or PCR. The rate of high c-Met level ranged from 12% to 81% (median, 61%). The median follow-up time was 80 months (range from 25 to 140 mo). In most of these studies, c-Met expression level was evaluated by cell percentage. High c-Met expression was defined as >50% positive cells. OS was presented in 10 studies, and PFS was reported in five studies. Six studies[10,12,13,15,16,18] presented data on HR, with 95% CI for PFS or OS directly. The remaining five studies did not present HRs and 95%CIs directly, so we estimated them from Kaplan-Meier curves.

Association between c-Met and OS

Forest plots for the relationships between c-Met level and overall survival are showed in Figure 2, with the results indicating a significant relationship between high c-Met expression and poorer OS (overall HR = 1.33, 95%CI: 1.06-1.59). No significant heterogeneity was found (P = 0.635, I2 = 0.0%) and the HR for OS was assessed by using the fixed-effects model. There was no significant publication bias in this analysis of OS (Begg’s test, P = 0.052; Egger’s test, P = 0.094).

Association between c-Met and PFS

The main cause of CRC-related death is metastases. Identification of patients who are at risk of developing distant metastases is important to cancer treatment and prognosis. c-Met overexpression or genetic alteration has been proven to play an important role in the pathogenesis of many tumor types. In CRC, overexpression of c-Met has been found to be associated with tumor progression.

This systematic review is based on 11 studies and includes 1,895 patients with CRC. The results of this meta-analysis showed the prognostic value of c-Met expression level in CRC patients. High c-Met expression significantly predicted poor OS and PFS. We also performed subgroup analysis in studies by HR reported. There was a significant relationship between high c-Met expression and poorer overall survival in the hazard ratio reported.

A study conducted by Kishiki et al[10] showed that c-Met overexpression was associated with shorter PFS in metastasis colorectal cancer (mCRC) patients with wild-type KRAS. All patients received cetuximab- or panitumumab-based therapy. However, the study was conducted retrospectively in a relatively small and heterogeneous population. 90% of the patients were treated with two or more chemotherapy regimens before they were given anti-EGFR treatment. In addition, the anti-EGFR treatment protocols were also heterogeneous. Therefore their findings needed to be validated by more prospective studies. Zeng et al[17] found that amplification of c-Met gene is a relatively rare event (3.6%) in CRC, and that the majority of amplified cases occurred in patients with synchronous hepatic metastases (stage IV).

After identification of c-Met involvement in cancer progression and metastasis, many in vitro experimental studies have showed that c-Met plays a role in resistance to anti-EGFR therapy. Inno et al[13] retrospectively evaluated a cohort of 73 patients with mCRC treated with a cetuximab-containing regimen. They found an association of high c-Met level with shorter PFS and OS in patients with mCRC, and that the c-Met pathway may be involved in primary resistance to cetuximab. However, their study cannot ascertain whether c-Met is a predictive biomarker, because they assessed only patients treated with a cetuximab-containing regimen. In CRC, many studies have proved that KRAS mutations predict unresponsiveness to EGFR-targeted monoclonal antibody therapies; however, there still about 26% of patients who are not responsive to EGFR-targeted therapy that are a wild-type for KRAS. Therefore, we hypothesize resistance to EGFR-targeted therapies may be mediated by the activation of parallel pathways such as the c-Met signaling pathway. Therefore more prospective studies are needed to affirm the results.

c-Met as a biomarker might be used to select advanced colorectal cancer patients who could benefit from targeted therapies. A growing number of studies from in vitro, in vivo, and in various stages of clinical testing have shown that c-Met tyrosine kinase (TK) inhibitors can block c-Met signaling and arrest or reverse tumor growth in a subset of human cancers[21,22]. Recently a few studies have shown that c-Met amplification confers high sensitivity to a specific c-Met TK inhibitor in lung cancer and gastric cancer[23,24]. All of these findings indicate that amplified c-Met may serve as a biomarker for targeted therapy.

Some limitations to this meta-analysis require particular note: heterogeneity; differences in clinical treatment; and different criteria to stratify c-Met status.

In conclusion, our meta-analysis demonstrated a significant association between high c-Met expression and poor OS and PFS in CRC for the first time. However, further larger prospective studies are needed to confirm these results.

High c-Met expression was found in colorectal cancer and showed a positive relationship with early tumor invasion and metastasis.

There still seems to be no consensus about the prognostic properties of c-Met status.

This is the first known paper to conduct a comprehensive meta-analysis with the aim of investigating the relationship between c-Met and prognosis of colorectal cancer. The authors found that high c-Met expression was associated with poor prognosis in patients with colorectal cancer.

This study furthers the understanding of the association of c-Met with colorectal cancer prognosis.

This is a well-performed meta-analysis that aims to assess the prognostic value of c-Met status in colorectal cancer. Its findings are interesting.