A 16-year-old boy presented with abdominal fullness and poor appetite for one week. It took approximately 2 wk from initial symptom occurrence to patient hospitalization. A body weight loss of 8 kilograms was noted initially. The diet habits of the patient were standard without any obvious personal favorites regarding food. The patient also had the social habit of smoking with a consumption of 1 pack of cigarettes every 3 d for about 1 year. His family history showed gastric cancer in his grandfather, who died at the age of 51 years. The physical examination show distended abdominal wall with dull on percussion, and epigastric local tenderness. Neck lymph nodes were enlarged on level V. No resistance and no enlargement of liver or spleen were noted. 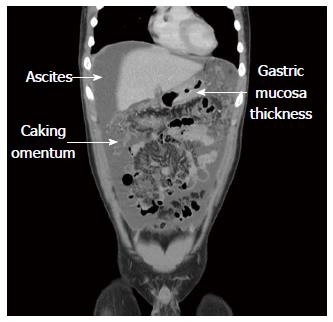 Figure 2 Endoscopy of our patient revealed blizzard morphology and nodular appearance on gastric mucosa (A), and with antral ulcers (B). Biopsy was performed on the margin of the ulcers. 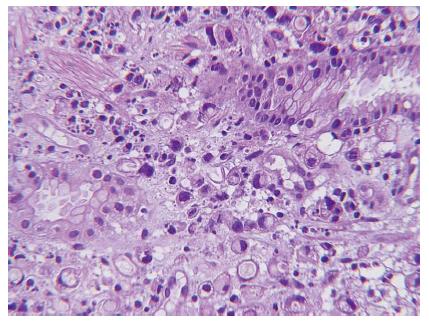 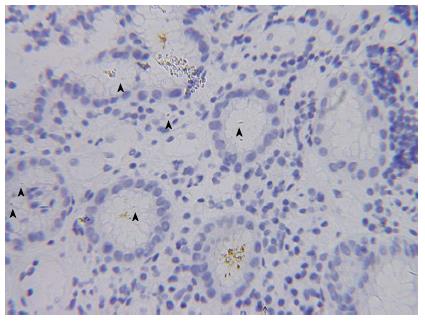 Figure 4 Helicobacter bacilli can be identified on Warthin-Starry stains (× 400), as shown by arrowheads.

The ascites study revealed many tumor nests, which were all negative for CD45, CD3, CD19, CD20, CD33, myeloperoxidase and TdT in the immunohistochemical study. These results indicated that lymphoma was not likely.

The infectious factor of Helicobacter bacilli was evident in pathology from gastric biopsy. However, the EBV DNA PCR study was negative (< 600 copies). Hepatitis was excluded as both HBsAg and HCV antibody were negative.

No local radiotherapy or surgery was planned because of extensive metastatic disease (the TNM staging was T4N × M1, IV); the patient was placed on steroid as dexamethasone phosphate and a chemotherapy regimen of oxaliplatin and capecitabine. The patient died 10 mo after diagnosis.

Gastric adenocarcinoma is primarily a disease that impacts older individuals, and is generally rare in individuals under the age of 30 years, and even rarer in the children[6-8]. The presentation and biologic behavior of primary gastric adenocarcinoma in children are similar to those seen in adults. However, the etiology of pediatric gastric cancer is more unclear and may be associated with gene mutations[9], the incidence is very rare, the management is not well-established, and is associated with very poor outcome. In a review of the related literature, Sasaki et al[3] previously reported 22 cases of primary gastric adenocarcinoma under the age of 21 years, and Lu et al[8] recently reported 16 cases with gastric cancer under the age of 18 years[8]. Of these 39 cases, only 2 patients survived over 2 years (102 mo and 30 mo, respectively), which demonstrated that primary gastric adenocarcinoma during childhood is strongly associated with a very poor clinical outcome as compared to adults. This is possibly because of its rarity and nonspecific presentation results in a failure to consider potential malignancy and thus contributes to a delay in diagnosis, and as a result, few cases of appropriate clinical treatment.

The most common presentations in pediatric gastric adenocarcinoma are abdominal pain and vomiting, which may mimic other disease of acute abdomen[10,11]. Others symptoms include, hematemesis, melena and weight loss. In general, pediatric physician would not routinely do more invasive examination technique on pediatric patient with nonspecific presentation. Therefore, early gastric cancer is rare on children, and almost pediatric gastric adenocarcinoma was diagnosed as terminal stage, which quite different from adult. Our patient complained of abdominal fullness for one week, and massive ascites were found by sonography. The major causes of ascites in pediatric patients are related to diseases of the liver and kidney. However, ascites can also result from heart disease, malignancy, peritonitis, eosinophilic gastroenteritis and pancreatitis. The upper gastrointestinal endoscopy was performed on our patient because of gastric mucosa thickness with caking omentum seen by CT, and a pathologic result of gastric adenocarcinoma was proven by biopsy. Although ascites due to peritoneal tumor seeding and metastasis are well-known symptoms in adult patients with gastric cancer, they are not frequently encountered in children. According Lu et al[8] in a review of 16 cases of pediatric gastric adenocarcinoma, only one patient presented with abdominal fullness. In this case, the importance of gastroscopy for prompt diagnosis in pediatric patients with ascites is emphasized[2,12,13].

The most important risk factor of pediatric adenocarcinoma is H. pylori infection, which can cause chronic active inflammation in the gastric mucosa; and furthermore, gastric atrophy can develop predominantly in the antrum[1,4,14]. Pediatric patient got H. pylori infection at a very early age has been related to a much higher gastric cancer risk, especially in the setting of a positive family history of gastric cancer[15,16]. Other risk factors such high intake of salt, smoked food, nitrates and carbohydrates, alcohol consumption, smoking, blood groups, and cancer family history are associated with gastric adenocarcinoma in adults, but its role in children is unknown[4]. Taken together, several risk factors for tumor development were present in our patient, including his grandfather dying of gastric cancer, having a history of smoking for one year, and H. pylori infection proven by biopsy. Despite the patient having H. pylori infection, we can suspect the gastric adencarcinoma may be related to an organism infection.

Because gastric adenocarcinoma rarely affects children, the management of this disease in children is not well-established, and must be based on the principles used in adults for the time being. Radical gastrectomy with extended lymph node dissection is the only curative management in patients with localized gastric adenocarcinoma; however, recurrence within 2 years is still quite common[1,4,16,17]. Preoperative chemoradiation or post-operative adjuvant chemoradiation is commonly practiced and has been shown to improve survival[18]. In the patients with unresectable tumors, such as our patient who had extensive metastatic disease, palliative chemotherapy, such as 5-fluorouracil, leucovorin, adriamycin, cisplatin, etoposide, and epirubicin-containing protocols can be effective when attempting to control the symptoms, and may provide some limited improvement in terms of survival rates.

The main symptom is abdominal fullness and poor appetite for 7 d.

The physical sign of the patient was massive ascites; upon physical examination show distended abdominal wall with dull on percussion, and epigastric local tenderness. Neck lymph nodes were enlarged on level V.

No local radiotherapy or surgery was planned because of extensive metastatic disease; the patient was placed on steroid as dexamethasone phosphate and a chemotherapy regimen of oxaliplatin and capecitabine.

Gastric adenocarcinoma, is a rare disease in children that primarily affects adults.

This case report presents the clinical characteristics of gastric adenocarcinoma and also discusses the diagnosis of gastric adenocarcinoma. The authors recommend that upper gastrointestinal endoscopy and endoscopic biopsies are crucial in children with vague gastrointestinal symptoms and massive ascites in whom CT fails to demonstrate the primary site of the malignancy.

The authors have described a case of gastric adenocarcinoma presenting with initial presentation of massive ascites. The article highlights the rare clinical characteristics of this tumor and provides insights into the diagnostic implications.