CONCLUSION: Our results suggest that the addition of ecabet sodium improves the efficacy of the standard triple therapy for H pylori.

H pylori is a gram-negative spiral-shaped bacterium that colonizes the human stomach and it is associated with several gastroduodenal diseases, including gastritis, peptic ulcer disease and low-grade gastric mucosa-associated lymphoid tissue (MALT) lymphoma. Eradication of H pylori is the recommended treatment for these conditions[1]. The most widely endorsed treatment is triple therapy with amoxicillin, clarithromycin and a proton pump inhibitor two times daily for 7 d, and the reported efficacy of this protocol is 74%-76%[2]. The reasons for its occasional failure are unclear, although bacterial resistance and poor patient compliance are believed to be the primary factors[3]. Ecabet sodium is a dehydroabietic acid derivative that was originally purified from pine resin[4], which is now widely used for the treatment of gastric ulcer and gastritis in East Asia. This agent exhibits a bactericidal effect against H pylori by inhibiting bacterial urease activity[5], or by its direct bactericidal effect under acidic conditions[67]. Its bactericidal effect on clarithromycin- and metronidazole-resistant clinical isolates of H pylori has been reported[7]. Therefore, ecabet sodium has been suggested to improve the efficacy of antibiotic therapy for H pylori infection in patients with peptic ulcer[8–12]. To the best of our knowledge, the efficacy and safety of standard triple therapy plus ecabet sodium has not yet been investigated. Therefore, the aim of this study was to compare the efficacy and side effects of standard triple therapy versus triple therapy plus ecabet sodium for the eradication of H pylori.

This randomized prospective study was performed at three medical centers (Pusan National University Hospital, Bongseng Memorial Hospital and Maryknoll Hospital, Busan, Korea). The subjects consisted of 257 consecutive H pylori-positive patients who had undergone eradication therapy from May 2006 to April 2007. The criteria for exclusion included: (1) previous H pylori eradication therapy; (2) ingestion of antibiotics, bismuth, or proton pump inhibitors within the prior 4 wk; (3) patients with a history of allergy to the medications used; (4) patients with previous gastric surgery; (5) coexistence of serious concomitant illness (for example, decompensated liver cirrhosis or uremia); and (6) pregnant women.

The patients were then randomized into two groups: group A (n = 129) underwent standard triple therapy for 7 d (lansoprazole 30 mg b.i.d., clarithromycin 500 mg b.i.d. and amoxicillin 1 g b.i.d.), while group B (n = 128) patients were given treatment consisting of the same triple therapy plus ecabet sodium (1.0 g b.i.d.) for a period of 7 d. Patients were instructed to take all the drugs 30 min after breakfast and dinner. This study was performed in accordance with good clinical practice and the Declaration of Helsinki guidelines. The Institutional Review Board of Pusan National University Hospital approved this study, and informed consent was obtained from all the patients.

Before receiving therapy, all the patients underwent upper gastrointestinal endoscopy to confirm the diagnosis and the presence of H pylori infection. Positive H pylori status was confirmed by the rapid urease test, histology, serology (serum IgG antibody) and/or the 13C-urea breath test. The patients were diagnosed as H pylori-positive when they showed positive results by at least two methods.

Possible eradication of H pylori was assessed by the 13C-urea breath test at 6-8 wk after completion of treatment. Proton pump inhibitors and antimicrobial agents that might affect the 13C-urea breath test were not given to the patients after completion of therapy. The 13C-urea breath test was performed as described previously, with capsule-based modification[13]. In brief, the patients fasted for over 12 h before examination and then a gelatin capsule containing 38 mg 13C-urea was ingested with 50 mL water. Breath samples before and 20 min after administration of 13C-urea were collected after a mouthwash. The 13C/12C ratio in the breath samples was measured by mass spectrometry (Heliview; MediChems, Seoul, Korea). The changes in the 13C value over baseline were expressed as Δ13C. A positive result was defined as an increase of > 2‰.

The eradication rate was evaluated for each drug regimen in a per-protocol (PP) analysis based on the number of patients who completed the study, and in an intention-to-treat (ITT) analysis that took into account all the patients, including those who dropped out because of severe side effects, those who showed poor drug compliance, and those who were lost to follow-up. The patients were interviewed in their first visit to the clinic after completion of therapy to clarify their compliance with the therapy and any side effects. Poor compliance was defined as taking less than 70% of the total medication.

χ2 or Fisher’s exact tests were used to compare the characteristics of the patients and the results of two regimens. Independent t tests were also employed to compare the possible differences in the age and body mass index of the patients who were treated with the two regimens. P < 0.05 was considered statistically significant. Statistical calculations were performed using SPSS version 12.0 for Windows (SPSS, Chicago, IL, USA).

Five patients dropped out due to non-compliance before the final evaluation: three patients due to side effects (one from group A and two from group B) and two patients due to personal reasons. A further 10 patients from each group did not appear at the first visit after completion of therapy or for the 13C-urea breath test; therefore, they were lost to follow-up (Figure 1). 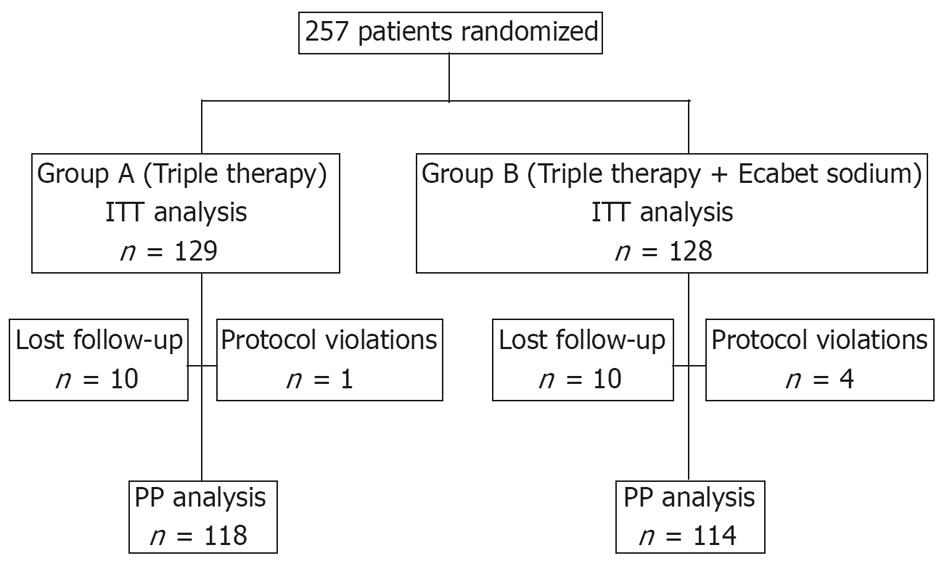 Figure 1 CONSORT flow diaphragm of the subjects’ progress through the phases of the study.

Reports about failed H pylori eradication therapy have been increasing[1415]. A recent meta-analysis has demonstrated that a 1-wk course of triple therapy with amoxicillin, clarithromycin and a proton pump inhibitor had a pooled eradication rate of 74%-76% or less[216]. A disappointing cure rate of < 80% after 7 d triple therapy was confirmed in the present study.

Various studies are under way to evaluate new antibiotics (e.g., levofloxacin, moxifloxacin, furazolidone and rifabutin) and different therapeutic schedules to increase the efficacy of H pylori eradication therapy[17–20]. Data suggest that antibiotic resistance is frequent and clinicians are arriving at the conclusion that concurrent therapy with another agent may sometimes be necessary.

Ecabet sodium has local cytoprotective activity for the gastric mucosa, but is not absorbed into the systemic circulation[21]. Recent studies have demonstrated that ecabet sodium has anti-H pylori activity. In vitro studies have shown that ecabet sodium inhibits the urease activity of H pylori and its adhesion to the gastric epithelial cells[522]. In addition, ecabet sodium is reported to have a strong concentration-dependent bactericidal effect on H. pylori under acidic conditions[7]. Although proton pump inhibitors potently suppress acid secretion, the acid milieu (pH 3-5) is especially maintained during most of the day and night[23]. Therefore, several studies have evaluated the usefulness of ecabet sodium for eradication therapy in combination with proton-pump-inhibitor-based therapy[81012].

A comparative study demonstrated an eradication rate of 26% with lansoprazole-based dual therapy with clarithromycin or amoxicillin, whereas the eradication rate achieved by adding ecabet sodium to the same regimen was 79%[12]. Another study confirmed the additive effect of ecabet sodium on proton-pump-inhibitor-based dual therapy[11]. In addition, a dose-dependent additive effect of ecabet sodium in combination with lansoprazole and amoxicillin has been demonstrated[10].

The majority of the recently recommended eradication therapy regimens are 1 wk in duration because these have advantages with respect to compliance and medical cost, with a similar eradication rate[24]. A good eradication rate was observed in this study after a 1-wk-long triple therapy plus ecabet sodium.

In conclusion, this randomized prospective study showed (based on PP analysis) that the addition of ecabet sodium improved the efficacy of standard triple therapy for H pylori infection. These results need to be confirmed, but triple therapy plus ecabet sodium may represent a valid alternative regimen to the standard H pylori eradication protocol.

Research in this area is focused on developing more effective eradication regimens for H. pylori infection. Ecabet sodium is widely used for the treatment of gastric ulcer and gastritis in East Asia. Its bactericidal effect on clarithromycin- and metronidazole-resistant clinical isolates of H pylori has been reported. Therefore, it is presumed that adding ecabet sodium to standard triple therapy is more efficient for the eradication of H pylori. In our randomized prospective study, the addition of ecabet sodium may have improved the efficacy of standard triple therapy for H pylori.

This study demonstrated the efficacy of standard triple therapy plus ecabet sodium. Therefore, this may represent a valid alternative regimen to the standard H pylori eradication protocol.

Ecabet sodium is a dehydroabietic acid derivative purified from pine resin and one of the local cytoprotective agents for the gastric mucosa. It is now widely used for the treatment of gastric ulcer and gastritis in East Asia. The eradication rate was evaluated for each drug regimen by PP analysis, based on the number of patients who completed the study, and in an ITT analysis that took into account all patients.

This study compared two therapeutic regimens for the cure of H pylori infection: a classic triple PPI based therapy vs the same regimen plus ecabet sodium (a natural bactericidal compound). The study was well designed and conducted.