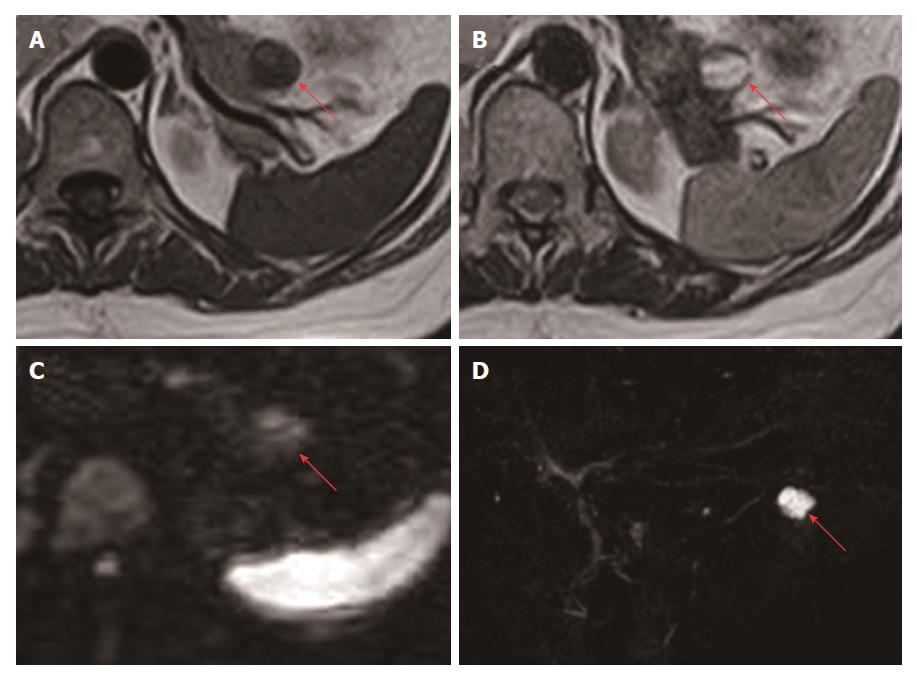 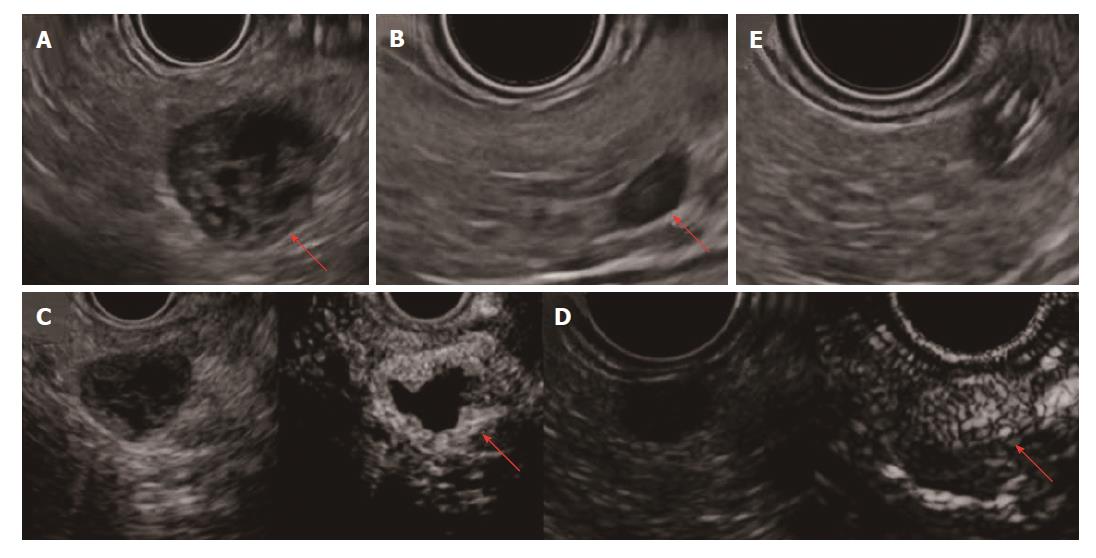 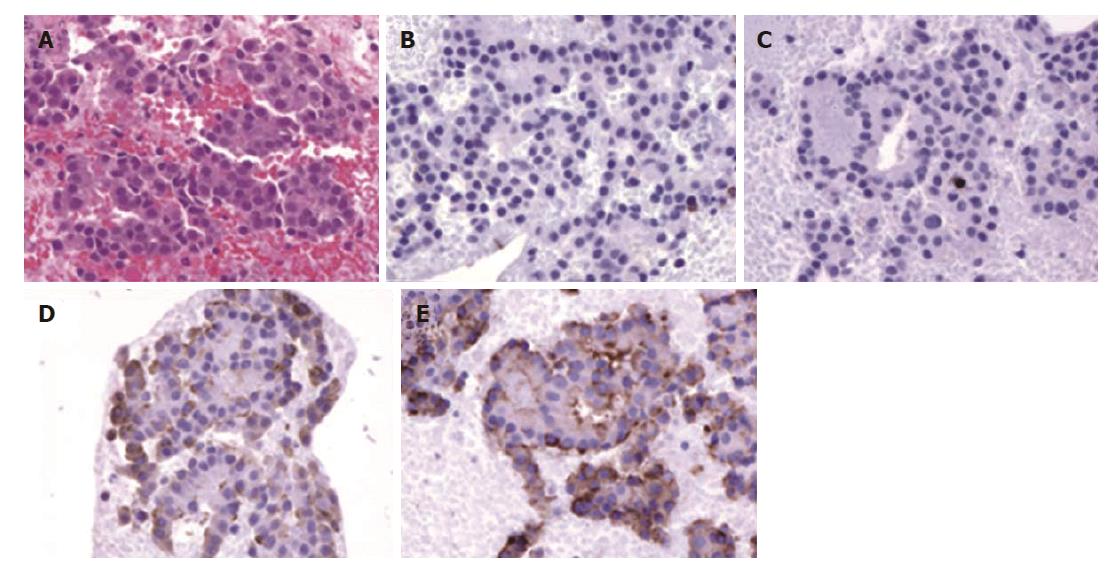 Figure 4 Histopathological findings for the specimen obtained by endoscopic ultrasound-fine needle aspiration. A: The specimen comprises cells with round nuclei arranged in sheets or rosettes (hematoxylin and eosin, ×100); B and C: Tumor cells show negative results for CD10 (B) and CD56 (C) immunohistochemical staining (×100); D and E: Tumor cells show positive results for chromogranin A (D) and synaptophysin (E) on immunohistochemical staining (×100). 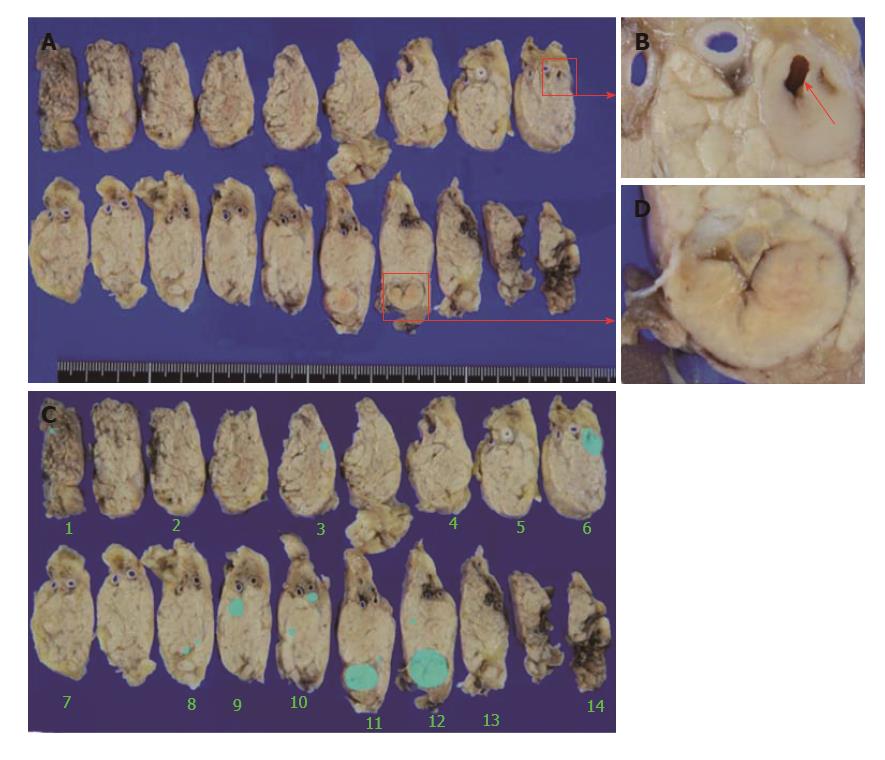 Figure 5 Macroscopic findings for the resected pancreas. A: The main cystic lesion has morphologically changed to a 13-mm nodule (red square C). The microtumor in the pancreatic body on which EUS-FNA was performed was separate from the main lesion; B: A scar from EUS-FNA is evident in the microtumor (red arrow); C: The main nodule shows internal scarring; D: The main lesion and two microtumors detected on EUS, and another 11 new microtumors (1-3 mm) (blue areas). EUS-FNA: Endoscopic ultrasound-fine needle aspiration. 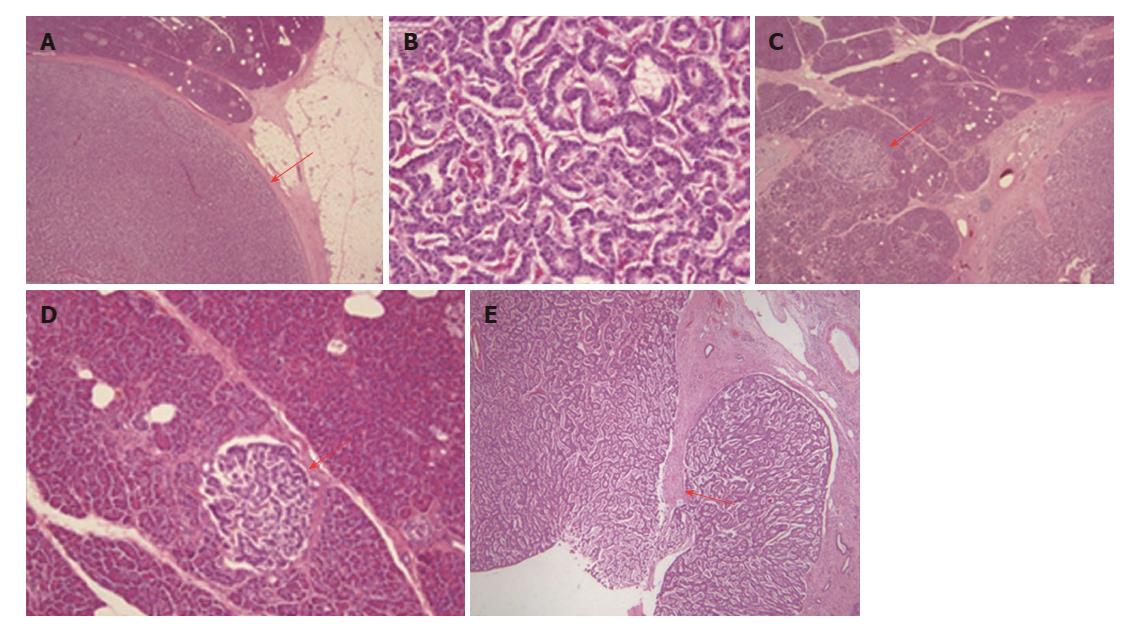