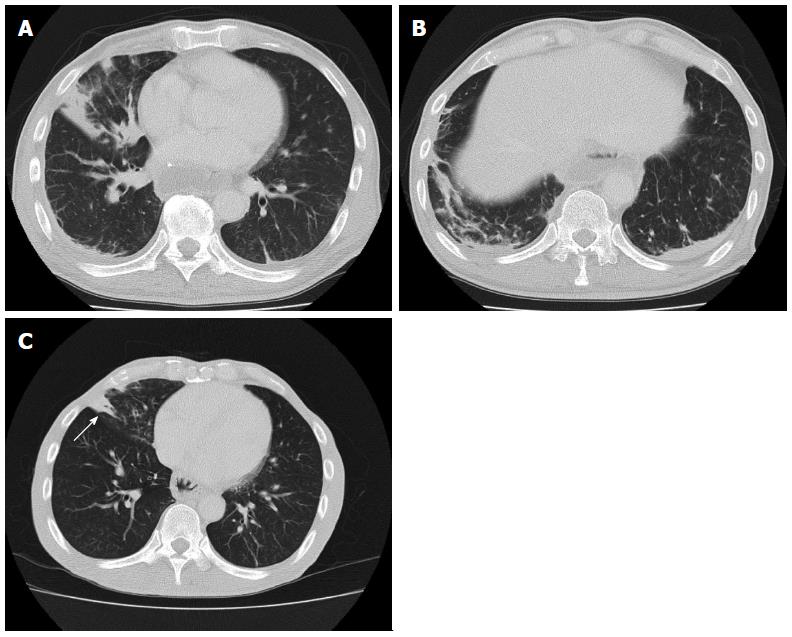 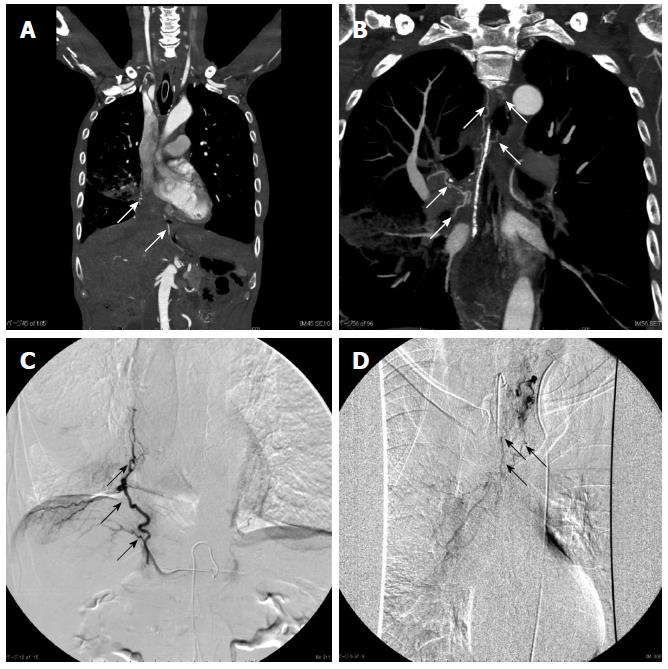 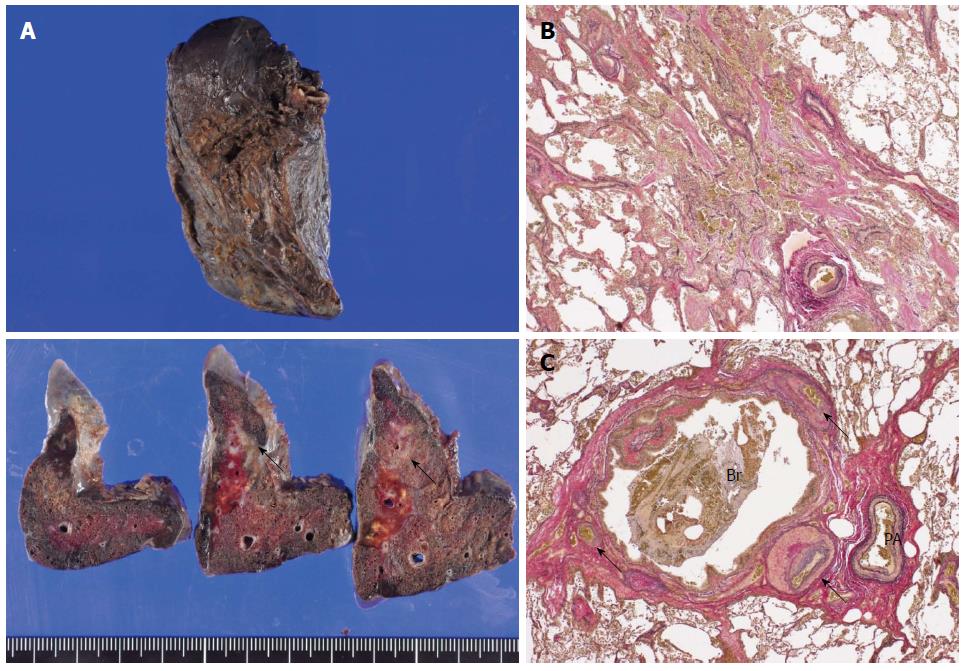 Figure 5 Gross and histopathological findings of the resected specimen. A: An ill-demarcated whitish area with a brownish tint was noted on the cut surface of the resected lung (arrows). Macroscopically, the bleeding origin was not detected; B: Organizing pneumonia with the accumulation of hemosiderin-laden macrophages was observed [Elastica van Gieson stain (EVG), magnification × 24]; C: The bronchus was enlarged, and engorged bronchial artery with medial hypertrophy and overgrowth of small branches were identified near the bronchus (arrows) (EVG, magnification × 24). Br: Bronchus; PA: Pulmonary artery.