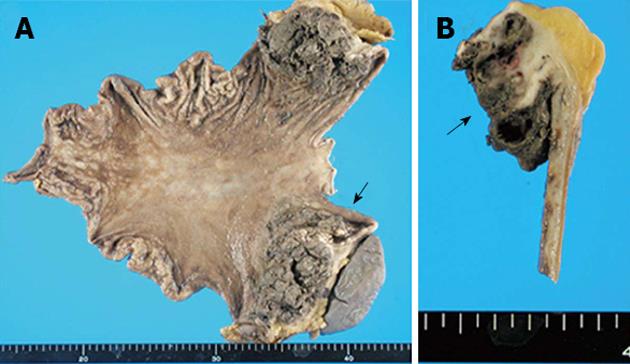 Figure 1 Gross appearance of the resected specimen. A: An elevated tumor with surface ulceration and hemorrhage was located in the fornix (arrow); B: On the cut surface of the specimen, there was a very large lobulated tumor, white to gray in color, with large areas of hemorrhage and necrosis (arrow). 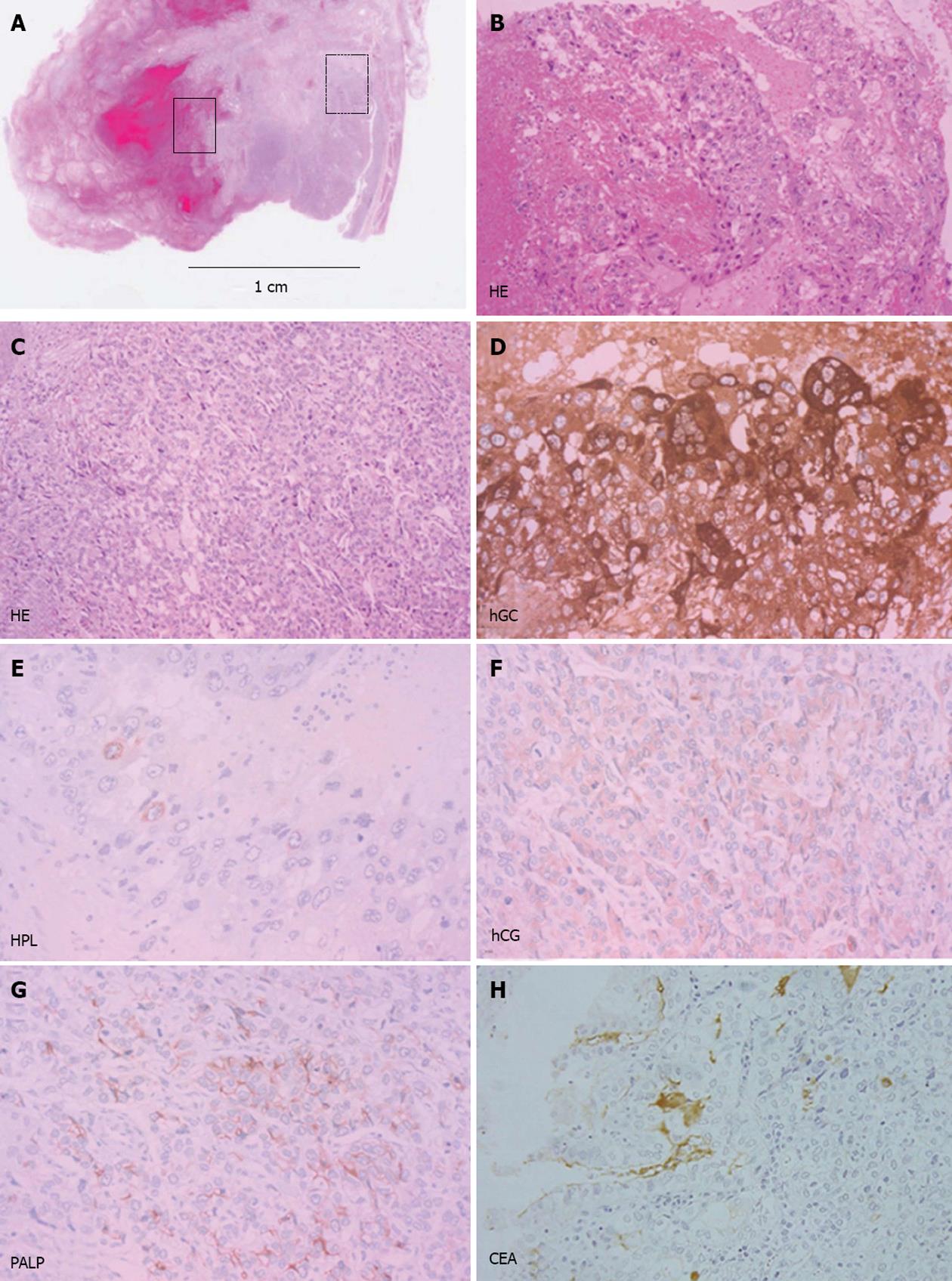 Figure 3 Tumor markers and chemotherapy. Seven days after surgery, metastatic recurrence in the liver was diagnosed. After starting etoposide, methotrexate, actinomycin D, cyclophosphamide, and vincristine (EMA/CO), serum beta-human chorionic gonadotropin (β-hCG) concentrations decreased. After three cycles, serum β-hCG levels decreased markedly to almost within normal limits and clinically the tumors showed a complete response. Six months later, there was a sudden elevation in serum β-hCG levels with the emergence of multiple nodules in both lung fields. Metastatic recurrence in the lung was diagnosed and EMA/CO was restarted. After one cycle, most tumors, except for one nodule in the left lower lobe, disappeared concomitantly with declines in serum β-hCG levels. Computed tomography-guided radiofrequency ablation (RFA) was performed for the oligometastatic tumor. The patient has been alive with no evidence of disease for nine years after RFA. 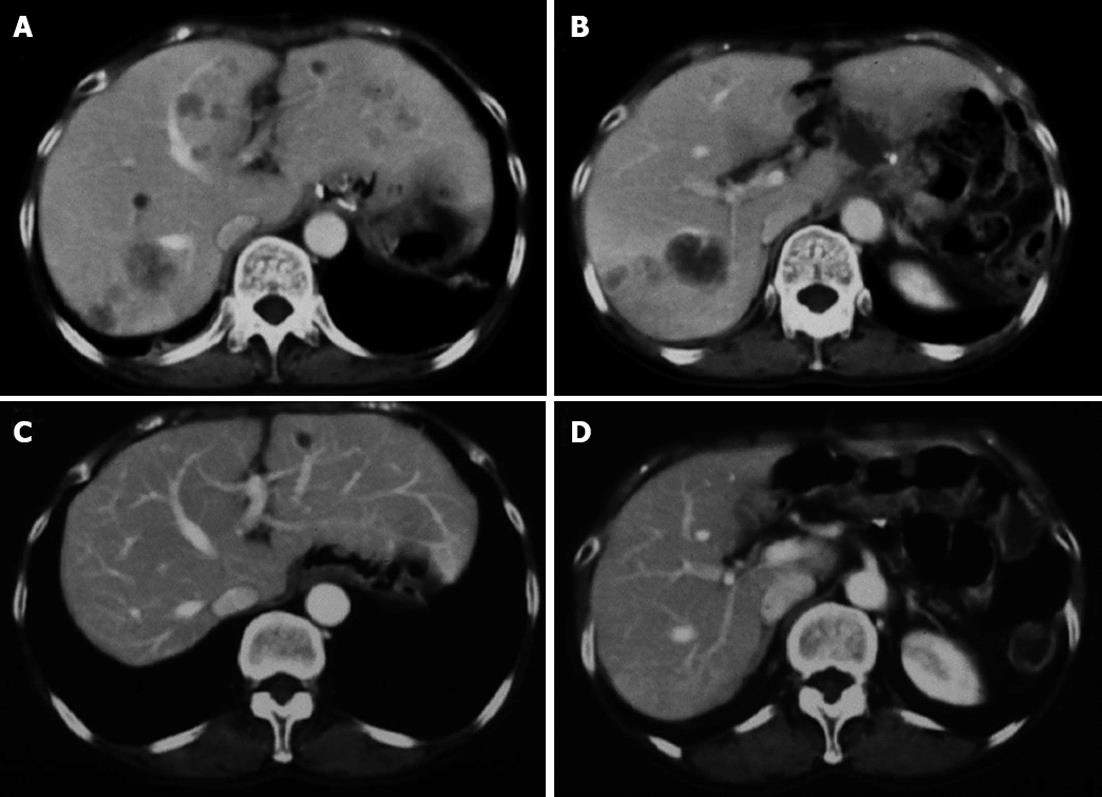 Figure 4 Computed tomography images before and after chemotherapy. A, B: Seven days after surgery, multiple low-density lesions were detected in the liver on abdominal computed tomography; C, D: After three cycles of etoposide, methotrexate, actinomycin D, cyclophosphamide, and vincristine, the tumors disappeared with a clinical complete response.