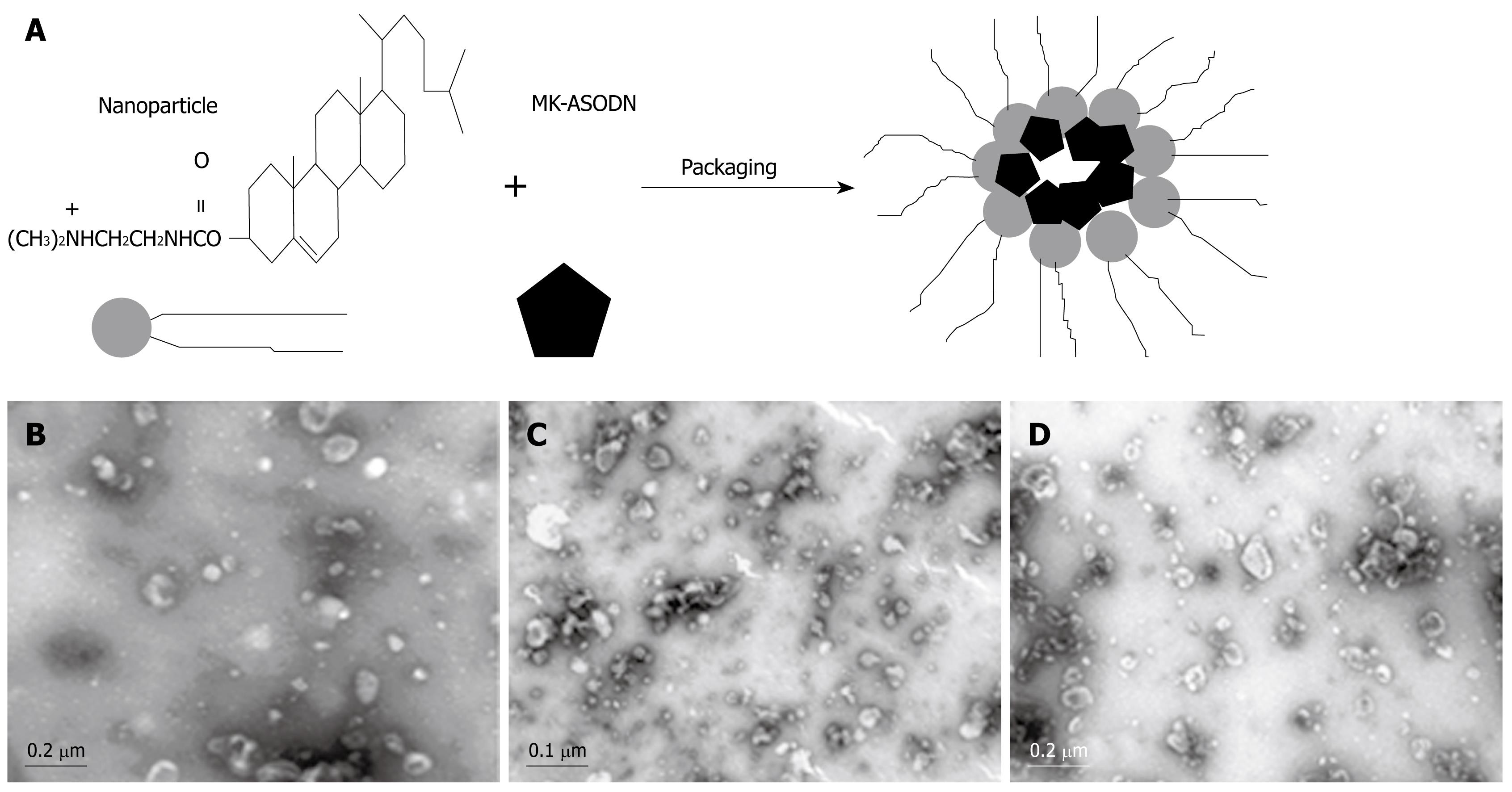 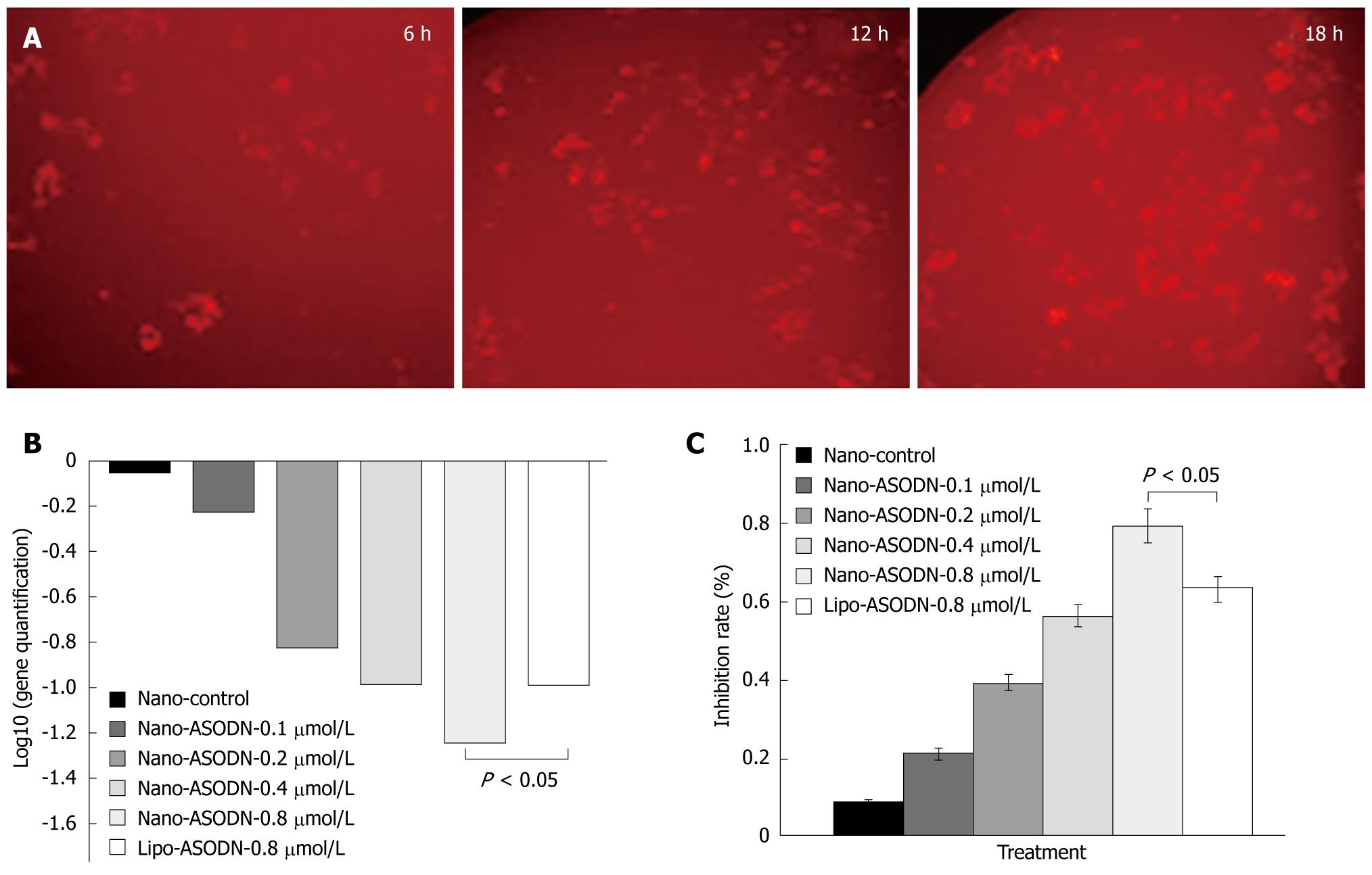 Figure 2 Transduction and function of NANO-ASODNs in vitro. A: 0.2 &mgrmol/L FAM-conjugated NANO-ASODNs transduced into HepG2 cells. The results were observed under a confocal microscope at indicted times of 6, 12 and 18 h; B: NANO-ASODNs down-regulated expression of MK mRNA; C: The proliferation of HepG2 cells was significantly inhibited by NANO-ASODNs. 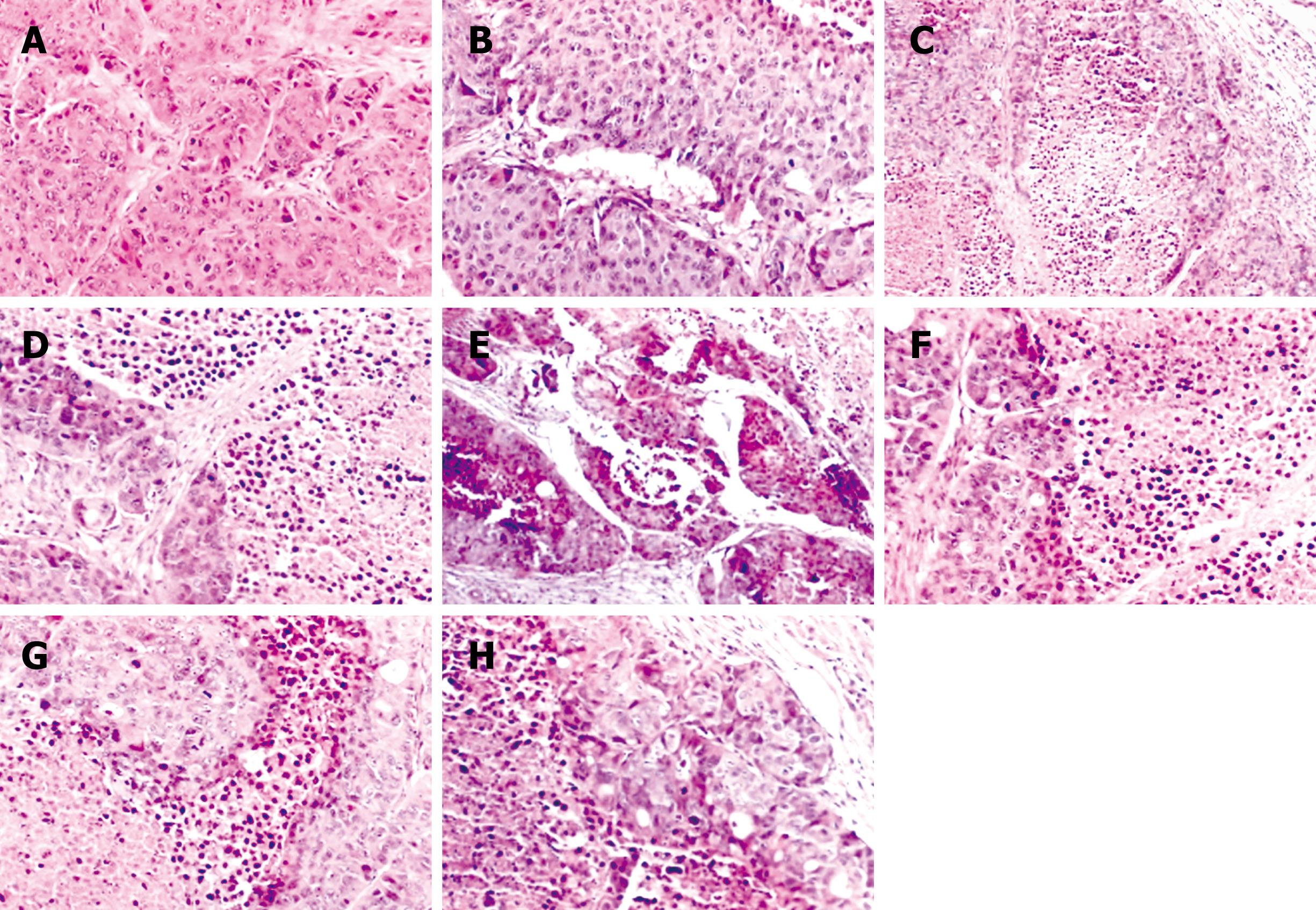