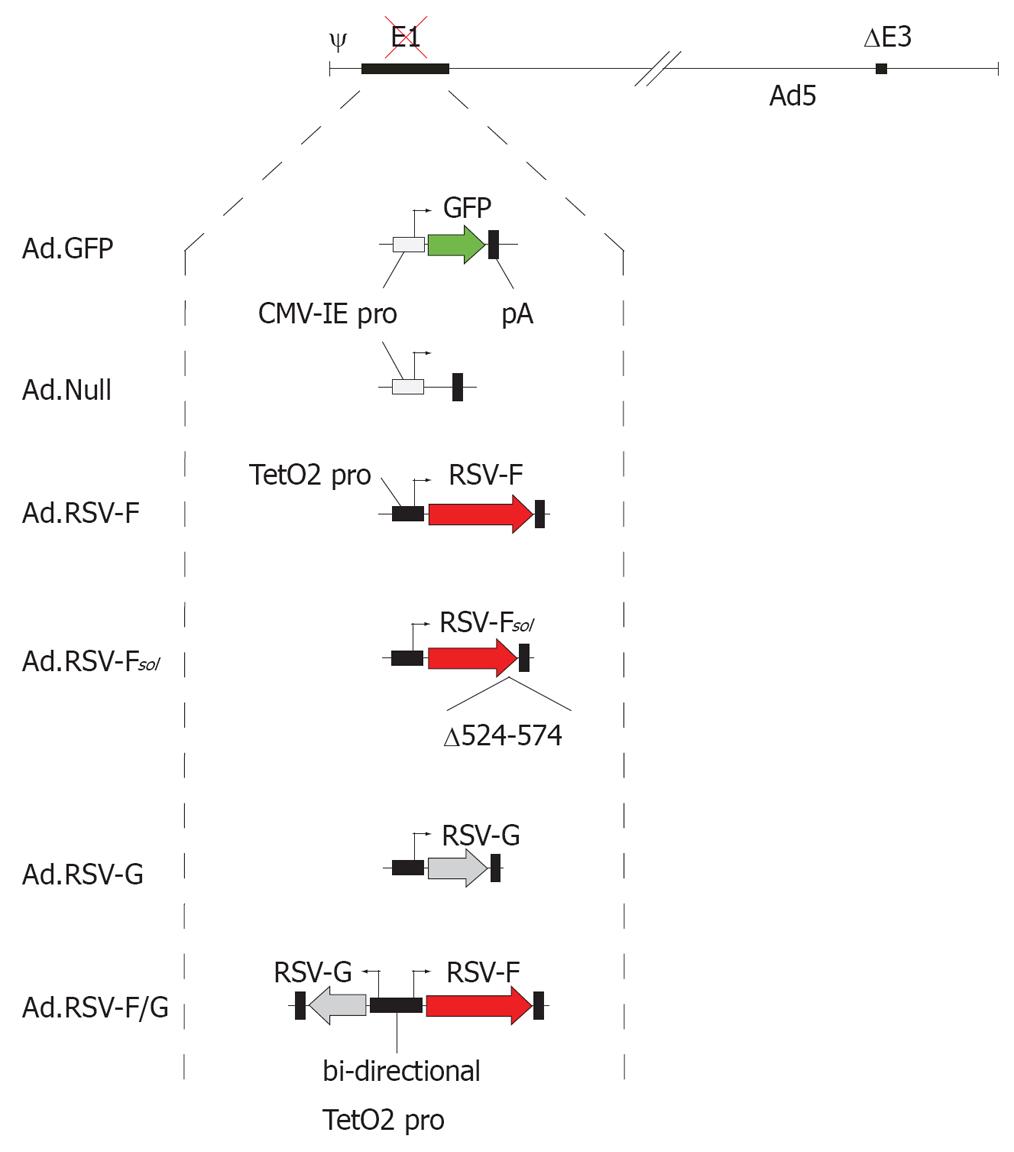 Figure 1 Adenovirus vector design. All adenovirus vectors used in this study are E1- and E3-deleted and Ad5-based. The vector Ad.GFP encodes green fluorescent protein and the vector Ad.Null served as an adenovirus vector control. The RSV glycoprotein encoding vectors carried the transgene under the transcriptional control of the doxycycline-repressible TetO2 promoter. The vector RSV-Fsol encodes a soluble form of the RSV fusion protein F without the transmembrane domain and cytoplasmic tail (Δ524-574). 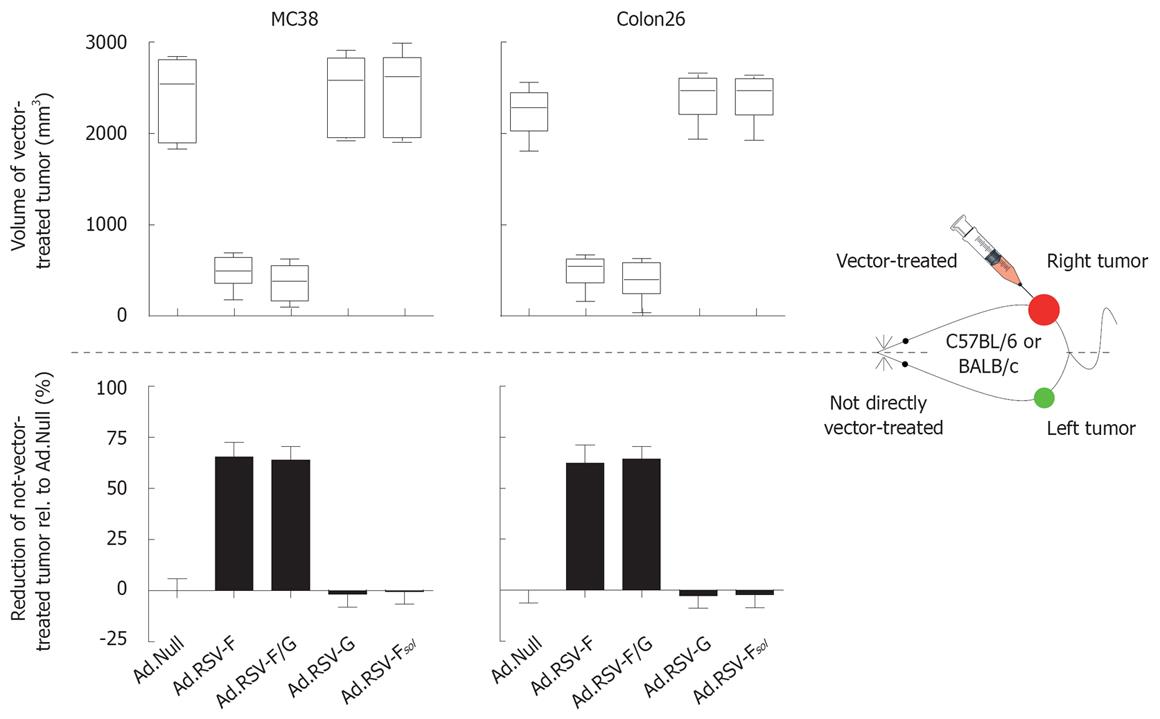 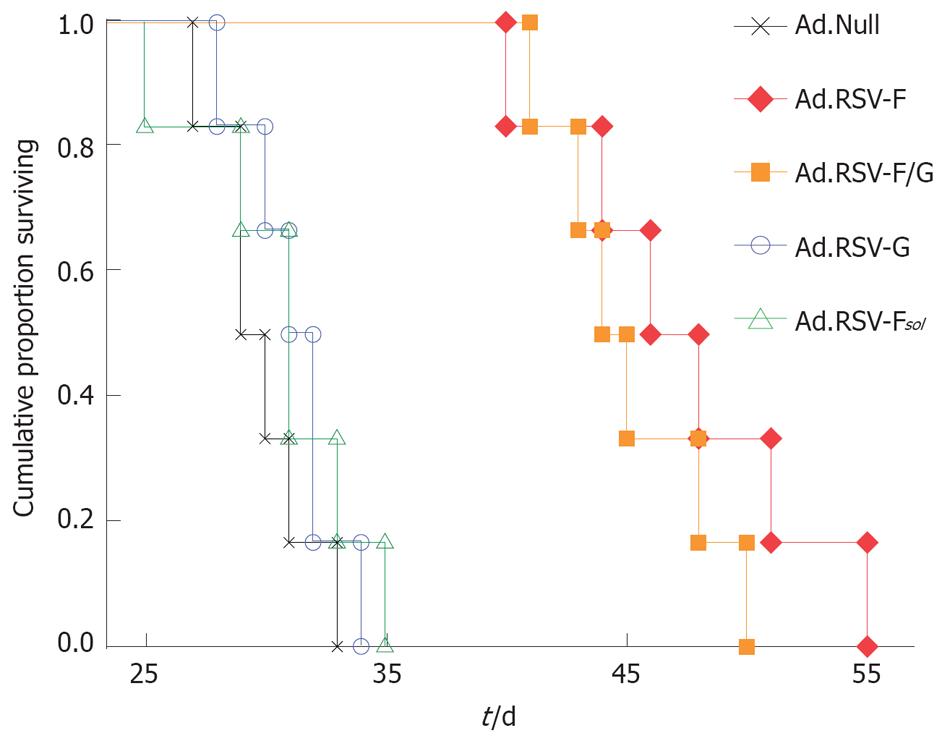 Figure 3 Kaplan-Meier survival analysis. In the bilateral subcutaneous syngeneic MC38 colon cancer model described in Figure 2, one tumor was treated with the indicated adenoviral vectors, and survival time was monitored up to d 55.

Figure 4 Fluorescence micrographs. MC38 cells were transduced in vitro with indicated RSV glycoprotein encoding adenoviruses and an adenovirus encoding GFP. Transduction with Ad.GFP enhanced the visibility of syncytia. Representative pictures 48 h after transduction are shown (× 200). Similar data were obtained with the Colon26 cells (data not shown).

Figure 5 Analysis of apoptosis. A: MC38 or Colon26 cells were transduced in vitro with indicated adenovirus vectors and early apoptotic events were analyzed by flow cytometric measurements of phosphatidylserine translocation to the outer membrane by annexin V binding; B: Because apoptosis is essentially executed by proteases of the caspase family, we analyzed caspase-3/7 activity. Relative caspase activities are given as means ± SD of three independent experiments; C: To measure mitochondrial alterations we determined the mitochondrial membrane potential ΔΨm. Ad.Null served as a control. 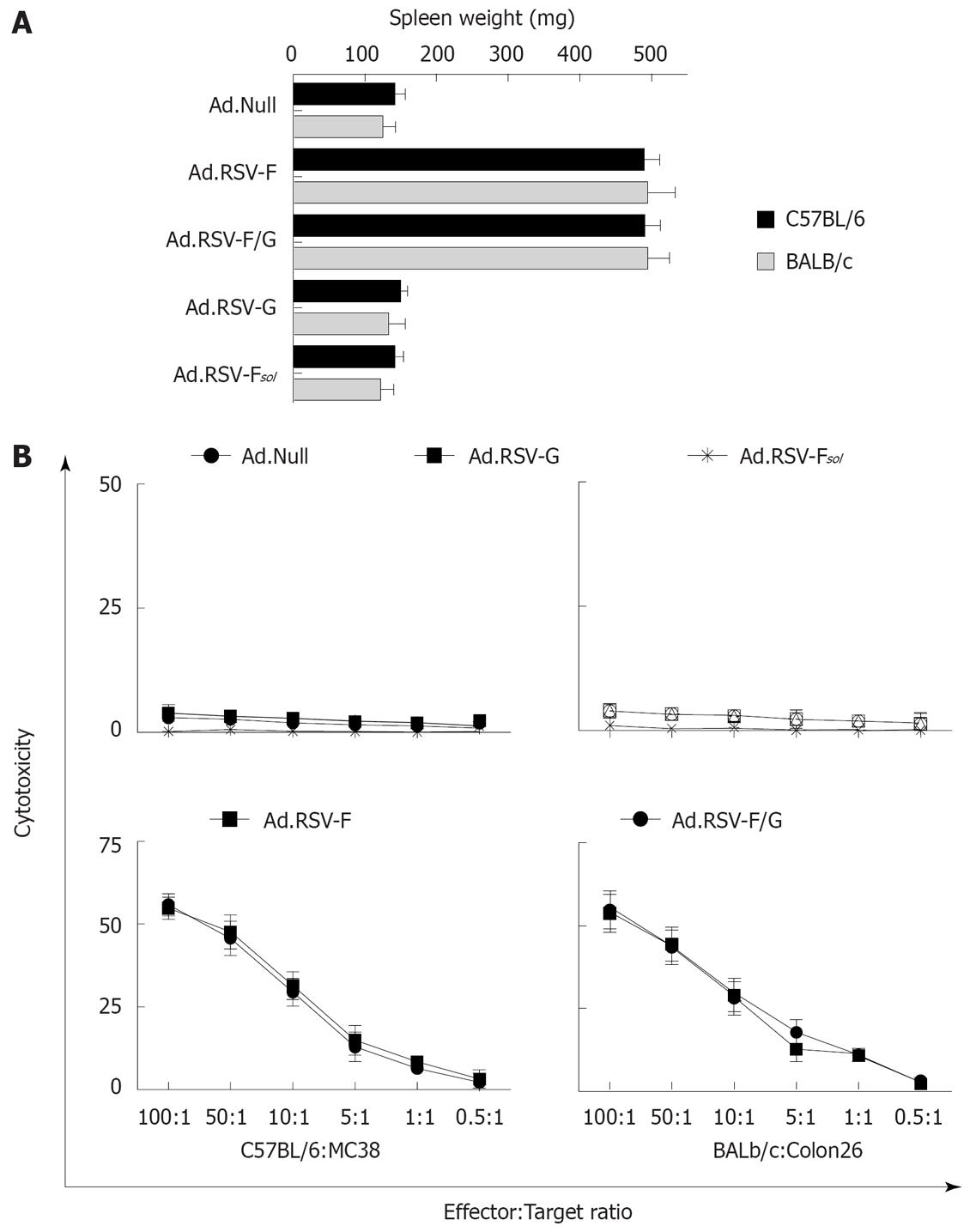 Figure 6 Effects of indicated treatments on the spleen weight and cytotoxic T cell induction. A: In the bilateral subcutaneous syngeneic MC38 and Colon26 tumor model described in Figure 2, animals were euthanized at day 28 and spleen weight was determined (mean ± SD); B: In addition, we determined the cytotoxic activity of spleen-derived T cells against target MC38 or Colon26 tumor cells in these animals using an LDH release assay. Data of all animals were expressed as the average percentage of specific LDH release from three independent experiments (mean ± SD).