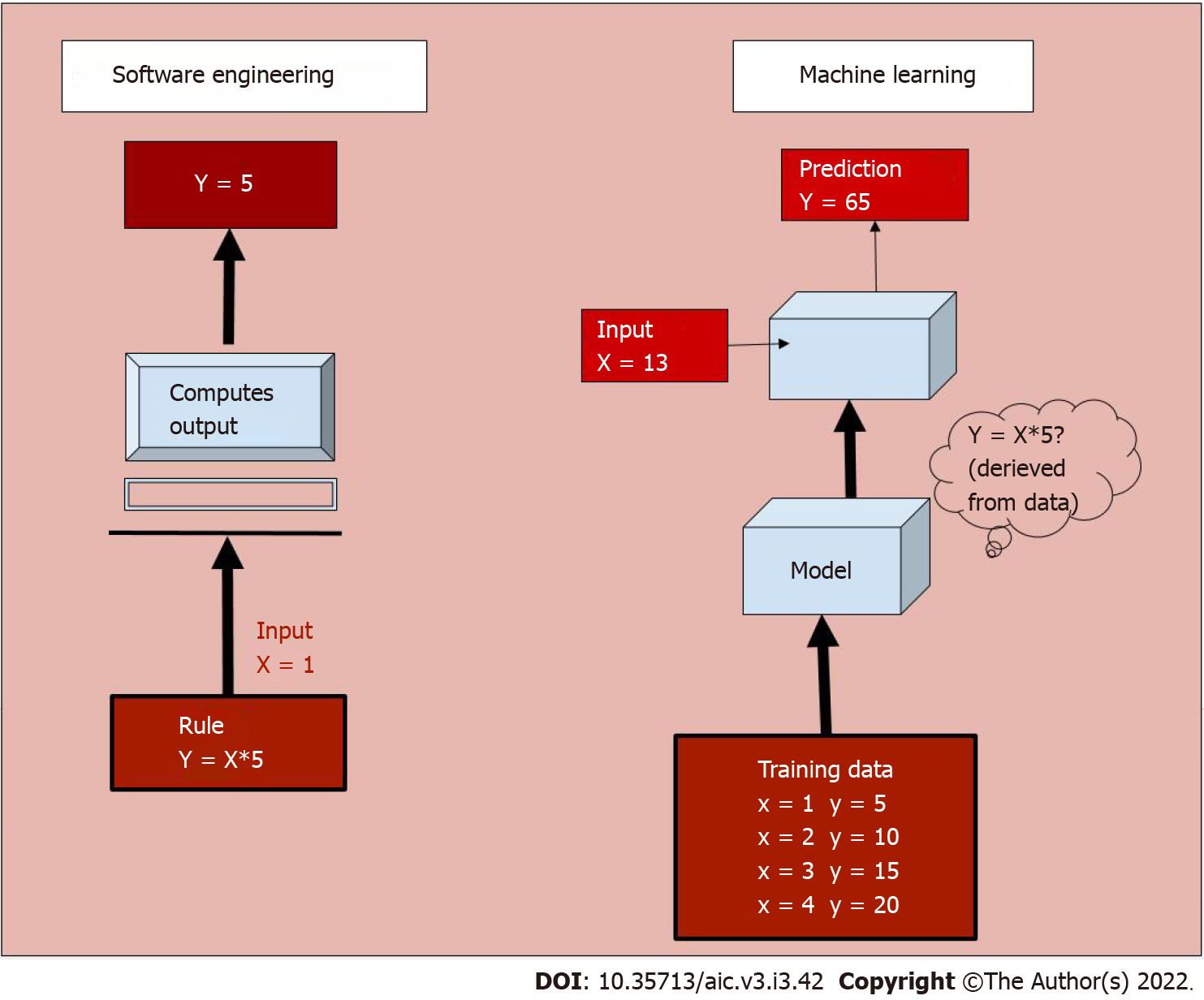 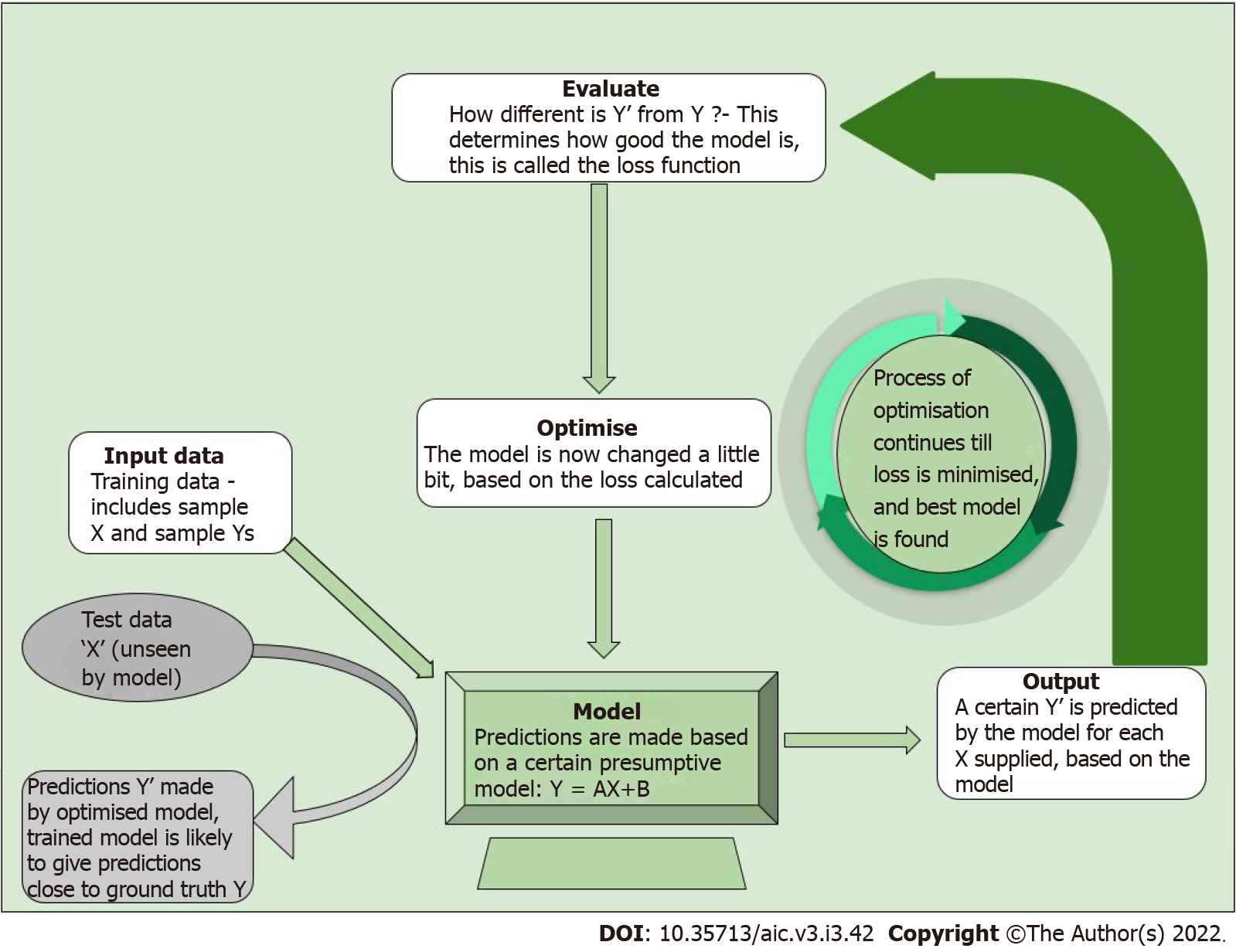 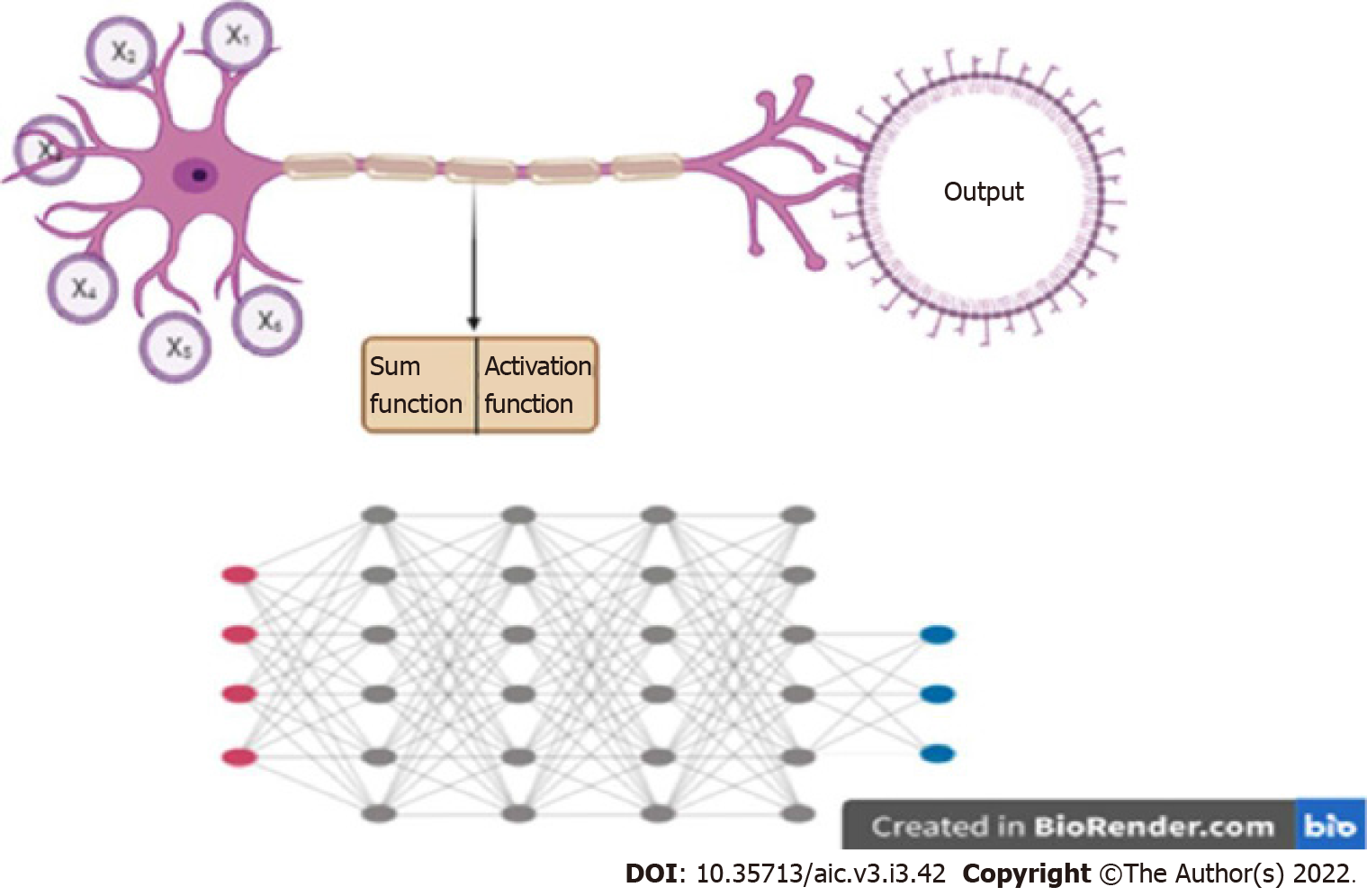 Figure 3 Deep learning. A: Artificial neural networks take input from a number of channels (x1....xn), perform a mathematical function, and decide on ‘firing’ based on activation function; B: Deep learning involves multiple layers of such neural networks with many nodes. Each node communicates with all nodes of the connecting networks. Created with BioRender.com. 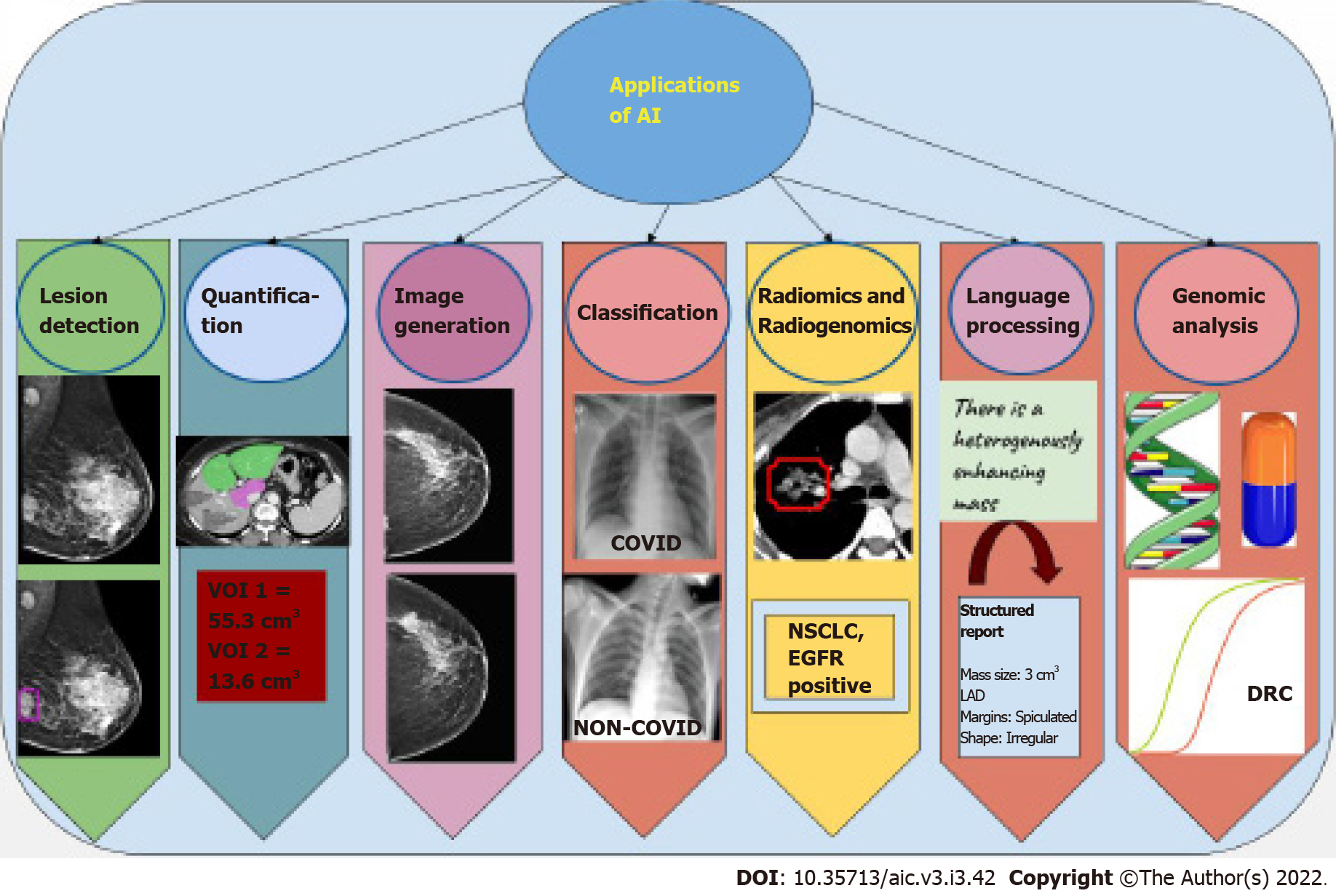 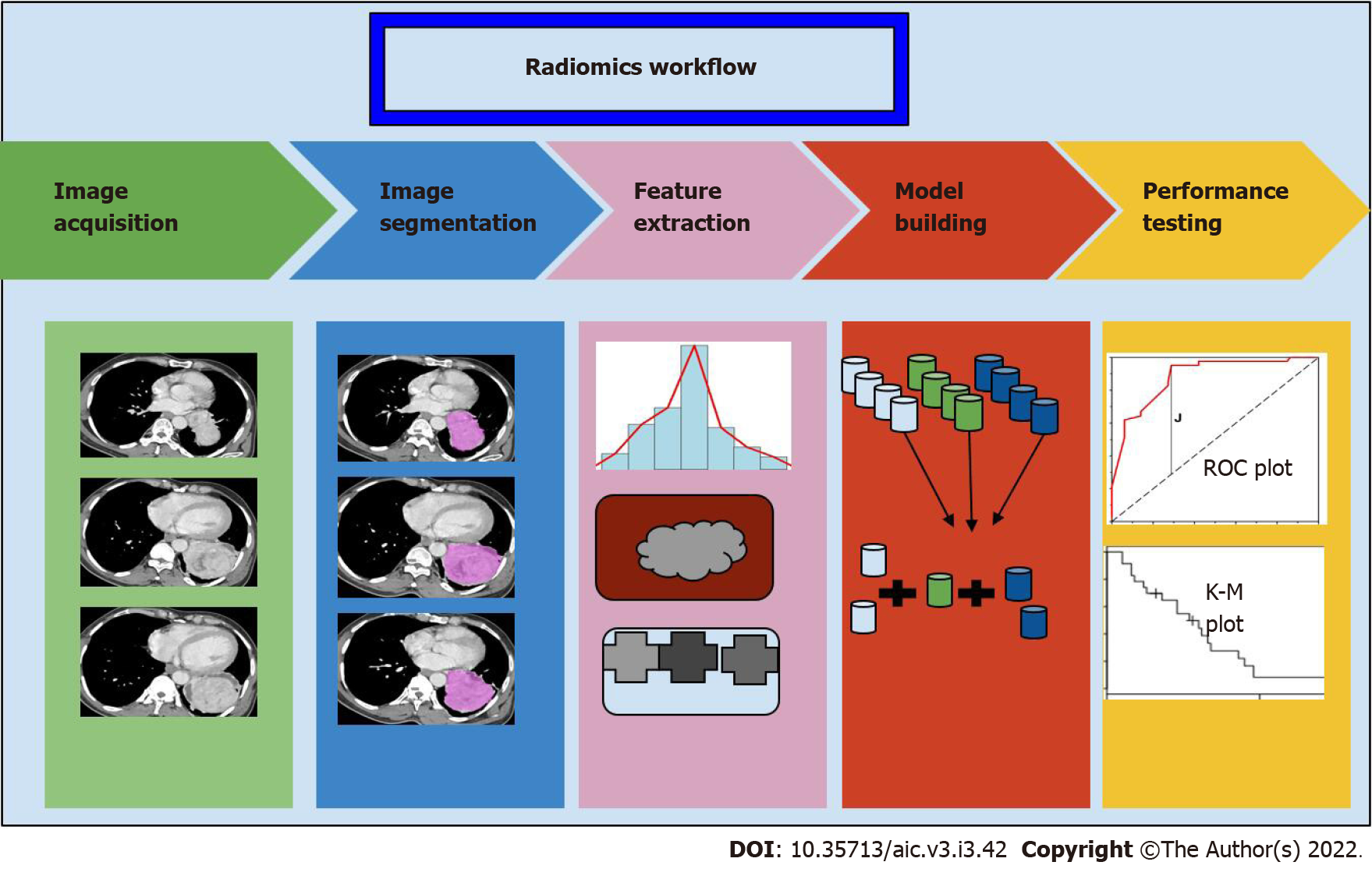 Figure 5 The process of radiomics begins with segmentation of the region of interest from the image volumes, which may be manual or automatic. Following this, a series of features both histogram based and pixel based are extracted, and a set of these are chosen as classifiers for the discriminator model. The performance of this model is tested on a different set of data using statistical methods. ROC: Receiver operating characteristic; K-M: Kaplan-Meier 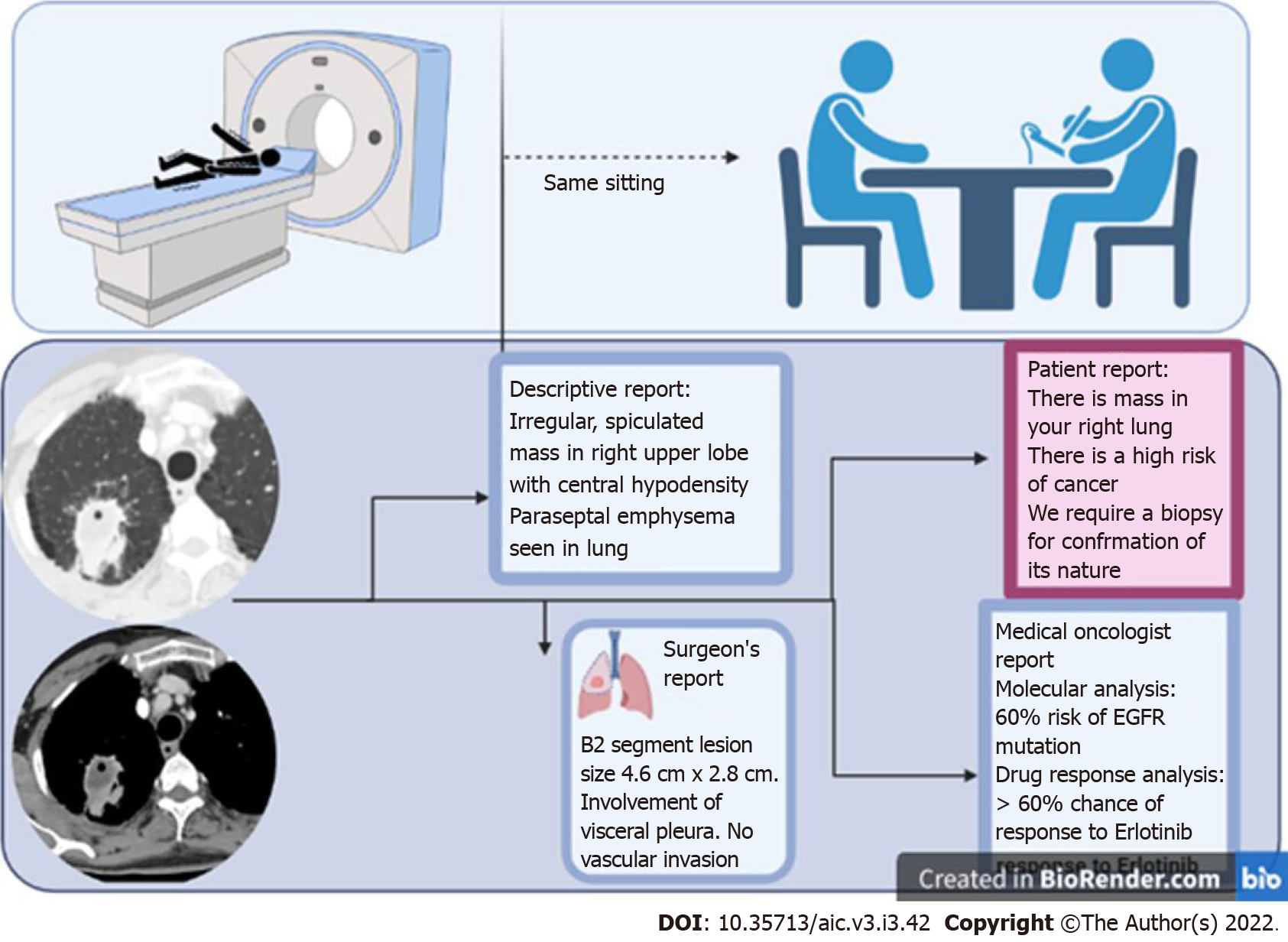 Figure 6 Artificial intelligence enables the transition into the era of personalised medicine, where the assistance of artificial intelligence allows a radiologist to interact with the patient, correlate the findings with the clinical setting, and potentially issue a report in the same sitting as an imaging scan. Multiple different formats of report may be created based on the target audience, which enable clear communication and enhanced information exchange.