Pure natural orifice transluminal endoscopic surgery (NOTES) for colorectal cancer is a complex procedure and rarely used in clinical practice because of the ethical concerns and technical challenges, including loss of triangulation, in-line orientation, and instrument collision. Transvaginal (v) NOTES, however, can overcome these technical challenges. We report a case of pure vNOTES right hemicolectomy for colon cancer, attached with surgical video.

A 65-year-old woman with a 2-year history of intermittent diarrhea was diagnosed with ascending colon adenocarcinoma by colonoscopy and biopsy. Pure vNOTES right hemicolectomy was performed with complete mesocolic excision by well-experienced surgeons. The operative time was 200 min and the estimated blood loss was 30 mL. No intraoperative or postoperative complications occurred within 30 d after the surgery. The visual analog scale pain score on postoperative day 1 was 1 and dropped to 0 on postoperative days 2 and 3. The patient was discharged at postoperative day 6. The pathologic specimen had sufficient clear resection margins and 14 negative harvested lymph nodes.

vNOTES right hemicolectomy, performed by well-experienced surgeons, overcomes the technical challenges of pure NOTES and may be feasible for colon cancer.

Core Tip: Pure natural orifice transluminal endoscopic surgery (NOTES) for colon cancer is rarely used in clinical practice because of the complex surgical procedures, technical challenges, and ethical concerns. To the best of our knowledge, there has been no previous report on transvaginal (v) NOTES right hemicolectomy for colon cancer. In this paper, we report our preliminary clinical experience with successful pure vNOTES treatment of a 65-year-old woman with ascending colon adenocarci-noma.

Natural orifice transluminal endoscopic surgery (NOTES) was developed to further reduce surgical trauma from endoscopic surgery by completely eliminating the need for abdominal incision. Following successful application in experimental animal models[1], its use was initiated in clinic and observational and comparative human studies were performed[2-4]. For complex procedures, such as colorectal cancer surgery, pure NOTES technique is still rarely used, with the exception of the transanal total mesorectal excision (also known as taTME) approach; instead, a hybrid NOTES technique with transabdominal laparoscopic assistance is most widely used[5]. To the best of our knowledge, there has been no previous report on pure transvaginal (v) NOTES right hemicolectomy for colon cancer. We report, herein, our preliminary clinical experience.

A 2-year history of intermittent diarrhea.

The patient had a history of hypertension (diagnosed 2 years prior) and no history of surgery.

Findings from the physical examination upon admission were unremarkable.

A 2.5 cm ulcerative mass was found in the ascending colon near the ileocecal region by colonoscopy, and adenocarcinoma was confirmed by biopsy. Chest-abdomen-pelvis contrast-enhanced computed tomography (CT) revealed a thickened wall of the ascending colon, without obvious enlarged lymph nodes around the mass. No distant metastases were found.

Written informed consent for the vNOTES right hemicolectomy was obtained from the patient. One day before the surgery, the patient underwent mechanical bowel preparation and received oral antibiotic prophylaxis.

On the day of surgery, the patient was put under general anesthesia and placed in lithotomy, Trendelenburg, left-tilted positions. A Foley catheter was indwelled. The posterior vaginal fornix was opened by the gynecologist and a single-port device (StarPort; Surgaid Medical Co., Ltd, Guangzhou, China) was placed (Figure 1). The operation was performed using conventional laparoscopic instruments, in addition to a pair of extra-long curved grasping forceps and an ENDOEYE FLEX 3D articulating videoscope (LTF-190 -10-3D, using 2D mode; Olympus). 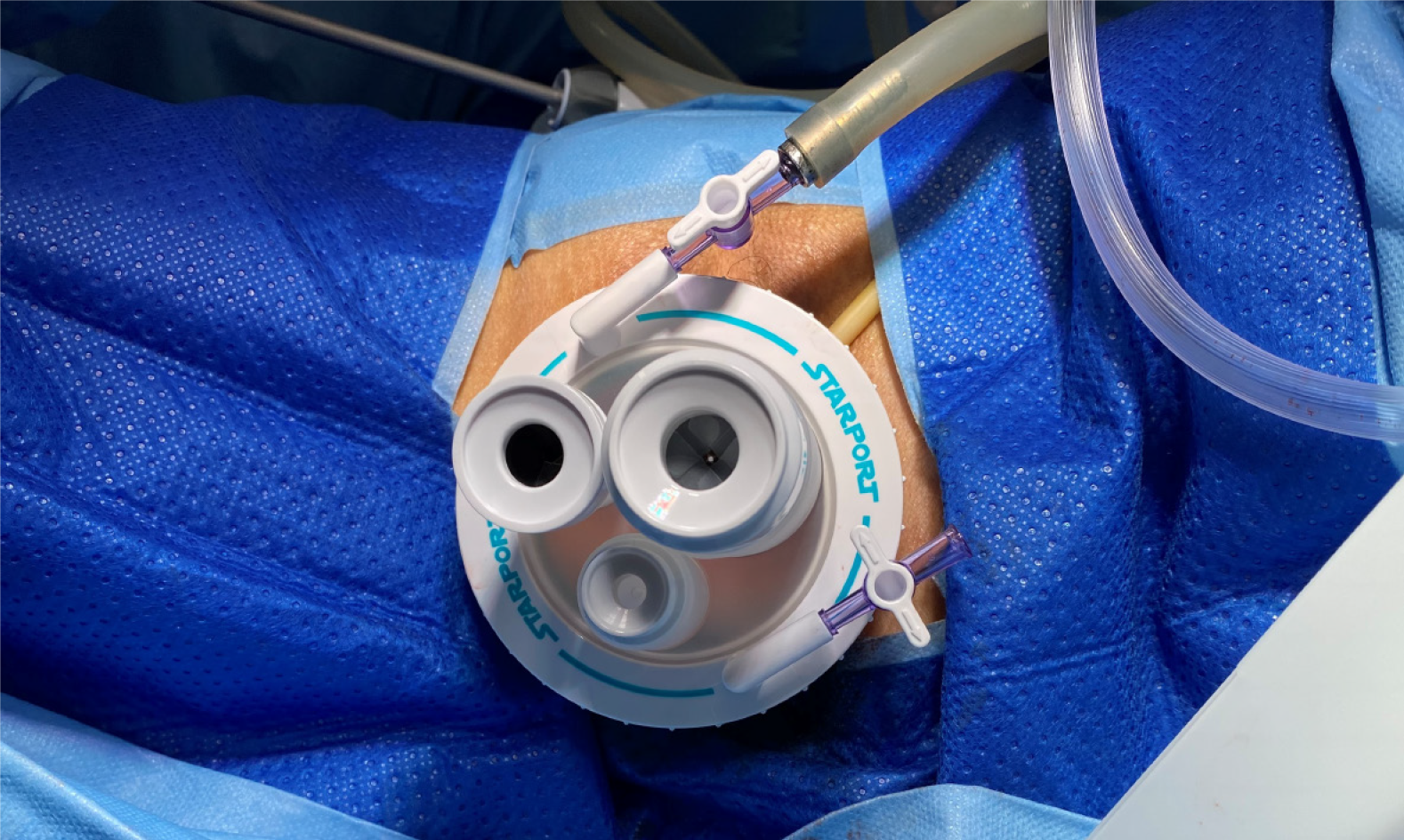 Figure 1 A single-port device placed through the posterior vaginal fornix.

The caudal approach, keeping with the principle of complete mesocolic excision, was performed (shown in attached video). First, the right retrocolic space (Toldt’s fascia) was entered through the “yellow-white line” between the ileocecal junction and the right iliac vessels. Then, the plane was carefully expanded above the Gerota's fascia and ureter, laterally to the right paracolic sulcus, medially to the left side of the superior mesenteric vein, and upward to the horizontal part of duodenum. After transecting the ileum with a stapler (Endo GIATM Ultra; Medtronic, Minneapolis, NM, United States) at about 10 cm proximal to the cecum, radical lymph nodes dissection began, following along the superior mesenteric vein. The ileocolic vein and artery were ligated at the root. The duodenum and pancreas were used as landmarks to guide the depth of dissection and assist in maintaining the correct dissection plane. The mesenteric dissection line was then extended further cephalad, up toward the middle colic artery. After full exposure of Henle’s trunk and its branches was achieved, the middle colic artery and the superior right colic vein were ligated; the right gastroepiploic vein and the anterior superior pancreaticoduodenal vein were preserved. The hepatic flexure was mobilized and the gastrocolic ligament was dissected to the middle of the transverse colon. The middle colic vein was ligated at the root and all the central nodal tissues were dissected. After mobilization, the specimen was retrieved through the vagina. End-to-side anastomosis was performed extracorporeally, by use of staplers. Finally, closure of the vaginal fornix was performed by the gynecologist, using absorbable suture. There was no abdominal incision (Figure 2). 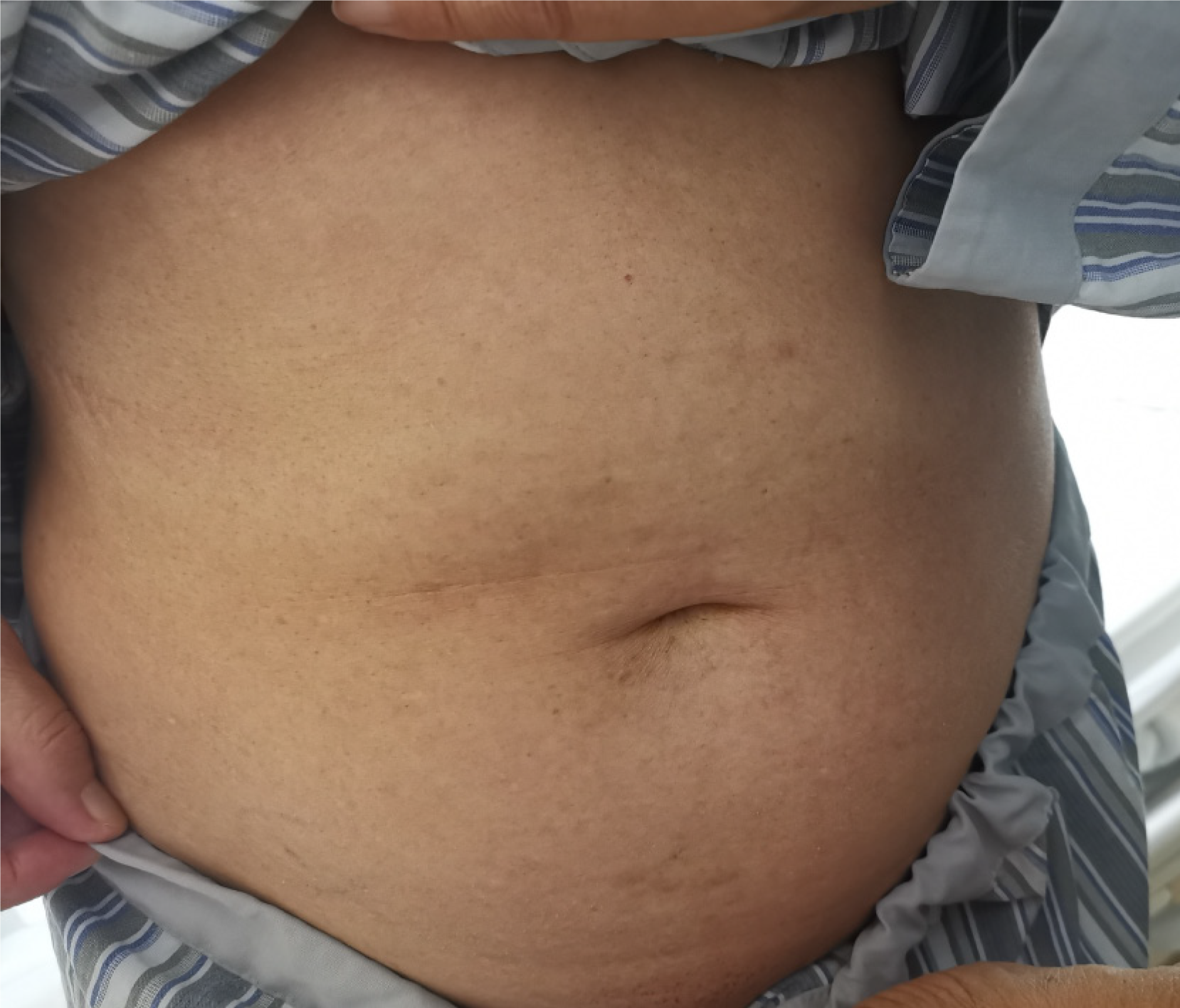 Figure 2 Photo of the abdomen before discharge.
Postoperative treatment

The Foley catheter was removed on postoperative day 1. Pain was controlled exclusively by patient-controlled analgesia administration (100 mL of 2 μg/kg sufentanil citrate and 100 mg flurbiprofen axetil, infusing at 2 mL/h) during the 1st and 2nd postoperative days. No additional analgesics were used. The patient was allowed to drink water after first flatus and then gradually transitioned to a liquid and soft diet. The discharge criteria were no fever or other signs of complications, restoration of soft diet, and tolerable pain without any analgesics.

The operation time was 200 min and the estimated blood loss was 30 mL. The patient was able to rise out of bed at 20 h after the surgery and the first flatus occurred at 40 h after the surgery. A soft diet was initiated 5 d after surgery and the patient was discharged on postoperative day 6. No intraoperative or postoperative complications were observed within 30 d after surgery. The visual analog scale (commonly referred to as VAS) pain score (0-10 points) reported by the patient was 1, 0, and 0 on postoperative days 1, 2, and 3, respectively. The pathologic specimen had sufficient clear resection margins and 14 negative harvested lymph nodes. The postoperative pathological stage was T2N0M0, according to the 8th Edition of the American Joint Committee on Cancer Staging Manual.

For general surgery, most reports describe the hybrid NOTES technique with transabdominal laparoscopic assistance. Indeed, the transvaginal hybrid cholecystectomy is the most frequently performed NOTES procedure. Lehmann et al[8] and Zorron et al[3] reported on 470 and 240 cases of transvaginal hybrid cholecystectomy, respectively, and their findings of no statistically significant differences in the incidence of complications between NOTES and laparoscopic cholecystectomy. For colon cancer surgery, the procedure is more complicated due to the complex dissection, tension-free anastomosis, and specimen extraction. Hybrid NOTES is less difficult than pure NOTES because it has better surgical field exposure, adequate traction and countertraction, and less instrument collisions. In addition, hybrid NOTES technique also eliminates the need for mini-laparotomy. For this reason, hybrid NOTES, as a transition to pure NOTES, has been the means by which most surgeons have begun to incorporate natural orifice surgery into their established practices[9]. Some reports[10,11] have shown the feasibility and safety of hybrid NOTES in the treatment of colon cancer.

Descriptions of pure NOTES treatments are limited to a few case reports. As far as we know, there are only two in the literature[12,13], both regarding colon resection for malignant tumors. One involved transvaginal sigmoid cancer resection and the other involved transanal total proctocolectomy for synchronous triple colorectal cancer. In addition, Xiao et al[14] reported a case of transvaginal laparoscopic right colectomy for a villous tubular adenoma with high-grade intraepithelial neoplasia. Consistent with the cases described in these previous reports, our case showed good short-term outcomes of fast recovery, low-level postoperative pain, and no visible scarring, suggesting that this new surgical method is worth exploring further for the treatment of colon cancer.

Pure NOTES has been used rarely in clinical practice for colon cancer because of its inherent complex surgical procedures and technical challenges, including loss of triangulation and/or in-line orientation, risk of instrument collision, etc. However, from our experience, proficiency in single-incision laparoscopic surgery for colorectal cancer will greatly reduce the difficulty. We have performed more than 400 transumbilical single-incision laparoscopic surgeries for colorectal cancer since 2013 and found that pure NOTES, especially by the transvaginal approach, was essentially a transfer of the abdominal single-incision. The triangulation can be restored by using the internal instrument-cross and external hand-cross technique. In addition, using curved instruments and a flex laparoscope can effectively avoid instrument collisions.

On the other hand, ethical issues, including exposing patients to unnecessary risks during the complex procedures, high risk of intra-abdominal infection, potential influence on the female genital system, and conservation opinions about manipulating through female genital area, also limit the development of pure vNOTES.

In our opinion, as the surgery is still in the exploratory stage, the selection of patients should be strict. Patients with a body mass index < 30 kg/m2, tumor size < 5 cm, no previous abdominal history, and clinically diagnosed cT1-3N0-1M0 lesions according to the 8th Edition of the American Joint Committee on Cancer Staging Manual may be selected for pure vNOTES. The procedure is not recommended for patients with bulky tumors, obesity, gynecological inflammation, family planning, and vaginal abnormalities. More studies are required to further evaluate the indications.