Core tip: A 55-year-old female was diagnosed with L5-S1 degenerative disc disease. Initial scores by the visual analogue scale were 5 (back) and 9 (leg) and the Oswestry disability index was 32. Arthroplasty was performed. Clinical and radiographic monitoring took place thereafter at one month, three months, six months and annually. A malpositioned disc implant may impair normal spinal movement, culminating in heterotopic ossification or complete fusion of the operated segment.

Total disc replacement (TDR) is currently advocated for degenerative disc disease (DDD) as a substitute for fusion surgery in certain cases. In theory, TDR may preserve normal range of motion (ROM) in diseased segments and prevent adjacent segment degeneration (ASD)[1-3]. However, a number of complications undermining these benefits have been observed following lumbar TDR, such as heterotopic ossification, facet arthrosis, subsidence, ASD and device migration[1-5]. This report details an unusual occurrence of solid spinal fusion subsequent to lumbosacral TDR and the factors likely contributing to device failure.

A 55-year-old female was hospitalized for low back pain radiating to the left thigh and calf. Her past medical history was otherwise unremarkable. Initial scores by the visual analogue scale (VAS) were 5 (back) and 9 (leg) and the Oswestry disability index (ODI) was 32. Radiographic findings were indicative of DDD at the L5-S1 level. After six weeks of unproductive nonsurgical therapy (NSAID, physical therapy), she underwent lumbosacral TDR. Preoperative ROM was 8.6° by radiographs and preoperative computed tomography and magnetic resonance image shows no stenosis or facet arthroplasty at the L5-S1 level. The procedure entailed standard left-sided anterior retroperitoneal[4] insertion of a Maverick® (Medtronic Sofamor Danek, Inc., Memphis, TN, United states) implant, requiring 120 min to complete. Estimated blood loss was 200 cc.

In the immediate postoperative period, the patient’s condition was satisfactory. There were no significant early complications. Nevertheless, radiographs showed that the superior endplate of the implant deviated 1.85 mm to the left of midline in anterior-posterior (AP) view, with 4.95° angular displacement (Figure 1). In the lateral view, angular gaps of 10.17° and 5.12° existed between the upper and lower implant endplates, respectively, and 2.38 mm of the lower anterior vertical keel did not insert completely into the S1 upper endplate (Figure 2). The patient’s clinical course was uneventful. Four days postoperatively, VAS scores were 3 (back) and 4 (leg) and she was discharged seven days after surgery in a stable condition. Clinical status and standing lateral radiographs were evaluated at each follow-up visit. At one month, VAS scores were 2 (back) and 3 (leg), ODI was 12 and ROM was 2.1° by radiographs (Figure 3). At two years, VAS scores were 1 (back) and 2 (leg), ODI was 6 and ROM was approaching 0° (Figure 4). VAS scores and ODI were unchanged at three years, but calcific bony spurs (heterotopic calcification) were noted on radiographs at the anterior and posterior implant margins (Figure 5). At the final follow-up (five years), VAS scores of 1 (back) and 1 (leg) and ODI of 3 were recorded. By radiographs, the L5-S1 segment was completely fused (Figure 6). 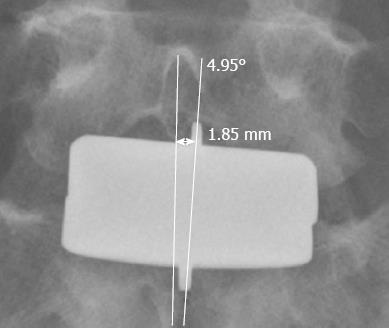 Figure 1 In the anteroposterior view, the superior endplate of the implant deviated 1. 85 mm to the left of midline with 4.95° angular displacement.

Figure 2 In the lateral view, angular gaps of 10. 17° and 5.12° existed between the upper and lower implant endplates, respectively, and 2.38 mm of the lower anterior vertical keel did not insert completely into the S1 upper endplate.

Figure 3 One month after the operation, range of motion of the implant was checked 2. 1° (Left: Extension; Right: Flexion). 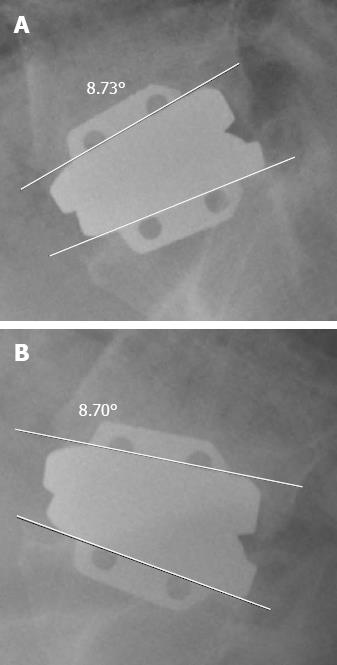 Figure 4 Two years after the operation, radiograph (Above: Extension; Beow: Flexion) shows range of motion of the implant was almost 0°.

Figure 5 Three years after the operation, calcified spurs (heterotopic ossification) were identified (arrow) at the anterior and posterior margin of the implant. 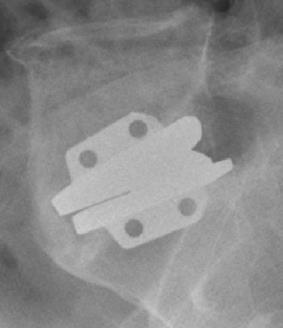 Figure 6 At the last follow-up (5 years), more prominent bony masses were identified and the L5-S1 segment was fused completely.
DISCUSSION

The increasing surgical use of artificial discs has raised concern due to related heterotopic ossification (HO). While the etiology of HO remains unclear, perioperative bleeding, implant milieu and ancillary patient conditions (i.e., diffuse idiopathic skeletal hyperostosis) have been implicated[5].

The incidence of HO has been cited as 4.3% in two years of follow-up by Tortolani et al[6] who found no effect on ROM or clinical outcomes attributable to HO. They also remarked that the onset of HO was unlikely past the sixth postoperative month. On the other hand, Lemaire et al[7] reported a 3% rate of HO after a minimum follow-up of 10 years, all manifested later than five years postoperatively. Finally, Park et al[5] detected HO at a rate of 30.5% within 17 mo (on average) after TDR. Four cases actually emerged beyond the third postoperative year. They further cautioned that HO may progress during follow-up, making long-term monitoring imperative. Of note, Fransen et al[8] believe nonsteroidal anti-inflammatory drugs (NSAIDs) to be protective in this regard.

Implant placement was unsatisfactory in our patient, deviating to the left of midline with angular gaps between the implant endplates and adjacent vertebrae. The implant was also misaligned in the AP plane, improperly inserting into the body of S1 (Figures 1 and 2). In retrospect, we believe that decompression at the L5-S1 posterior lip was excessive, creating a sunken base posteriorly for the implant and impairing its placement as described above. Normal movement clearly appeared compromised as a consequence. ROM was only 2.1° one month after surgery (Figure 3), HO had developed after two years and at the final 5-year follow-up, the operated segment was solidly fused (Figures 5 and 6). According to Huang et al[9], the risk of ASD after TDR (followed 8.7 years) is higher when ROM is low (less than 5°). A malpositioned implant may thus produce an outcome over time that is tantamount to fusion surgery, with heightened potential for ASD.

There are obvious limitations to the observations drawn from this single patient. Results here are based on the Maverick® implant specifically and may not apply to all TDR devices. Furthermore, we could not closely pinpoint the onset of HO or spinal fusion once follow-up visits were extended to annual intervals. Nevertheless, we feel that implant positioning may be critical in development of HO by impacting ROM.

In conclusion, a malpositioned implant may impair normal spinal movement, leading to HO or complete fusion of the operated segment. As a preventative measure, careful preparation of the bony endplate and precise alignment of the implant in the coronal and sagittal planes is warranted.