Article-Type of This Article
Autobiography Of Editorial Board Members

Dr. Poul Erik Andersen (Figure 1) is a Professor of Radiology at the University of Southern Denmark, Odense. He received his Medical degree from the University of Southern Denmark, Odense in 1974, and passed the Educational Council for Foreign Medical Graduates, Philadelphia, Penn., USA exam in 1975. He was certified as a Specialist in Radiology in 1982. Since 1983, Dr. Andersen has been Chief Radiologist/Consultant of the Department of Radiology, Cardiovascular Section at Odense University Hospital. 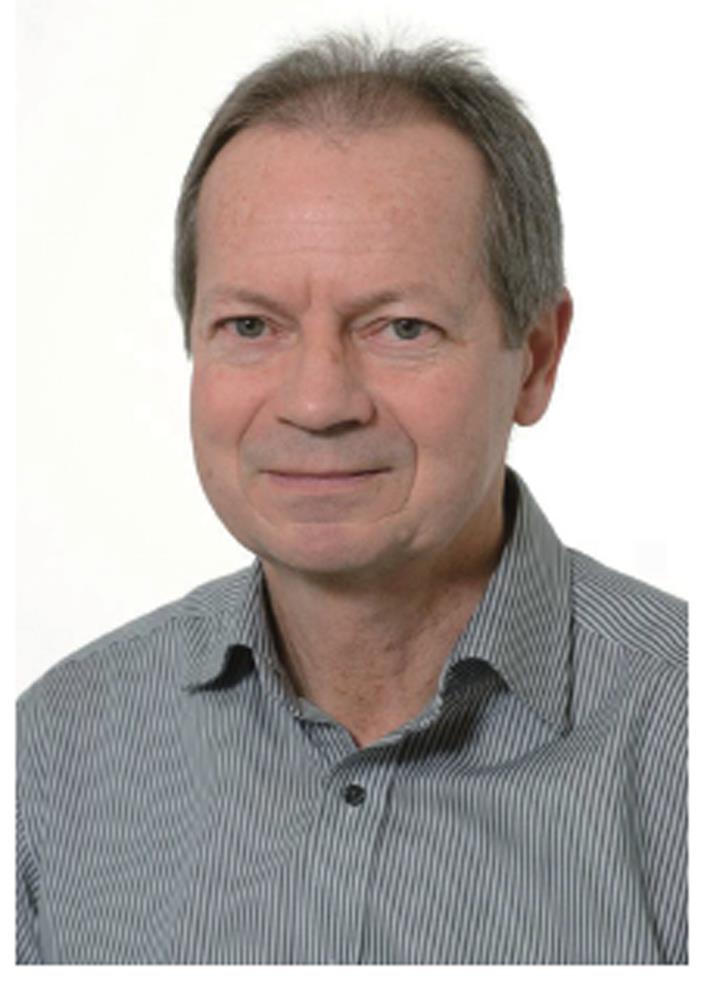 Poul Erik Andersen’s scientific research was primarily on cardiopulmonary diseases[1-22] including left ventricular function examinations in ischemic heart diseases, before and after coronary bypass surgery and coronary angioplasty (PCI) and in cardiomyopathy[4-6,9,12-16]. He and his group demonstrated that revascularization of the myocardium improved left ventricular function.

Subsequently, his research was on the epidemiological and radiological findings in congenital osteochondrodysplasias[23-43] where he was the first to describe heterogeneity and to define two radiological subtypes of autosomal dominant osteopetrosis[32,33]. These two radiological subtypes were later shown to correlate with two biochemical and genetically well defined subtypes[35,43]. Furthermore, he demonstrated that osteochondrodysplasias have a higher prevalence in the population than previously supposed, and that the incidence of chondrodysplasia (achondroplasia) was less seldom than generally recognized. These findings resulted in his Ph.D. degree in 1987 from the University of Southern Denmark, Odense with the thesis: “Generalized Osteochondrodysplasias and other Syndromes with Characteristic Bone Manifestations in the County of Fyn, Denmark. A Clinical, Radiological, and Epidemiological Investigation”[30,39,42].

In recent years, Poul Erik Andersen’s research has been focussed on interventional vascular radiology, especially embolizations[44-62]. He and his group formed a Danish National Centre for patients with hereditary haemorrhagic telangiectasia (HHT) (Mb. Osler) in which treatment of pulmonary arteriovenous malformations (PAVM) by embolization was introduced in 1996[44,45] and plays a central role in the treatment of these patients[44-47,50,54,56,58,62]. He has introduced several different embolization techniques for the embolization of PAVM, such as detachable silicone balloons, coils, microcoils, detachable coils, and vascular plugs (Figure 2). The group has also performed epidemiologic studies on HHT[44,45,48], and recently at least three genetic subtypes of HHT have been demonstrated[52]. Poul Erik Andersen and his interventional group are also leading the treatment of uterine fibroids in Denmark using uterine artery embolization, which was introduced in 1999[48]. Furthermore, they perform many other embolization procedures for conditions such as gastrointestinal bleeding, bleeding in trauma patients, haemoptysis, and in many tumour types. 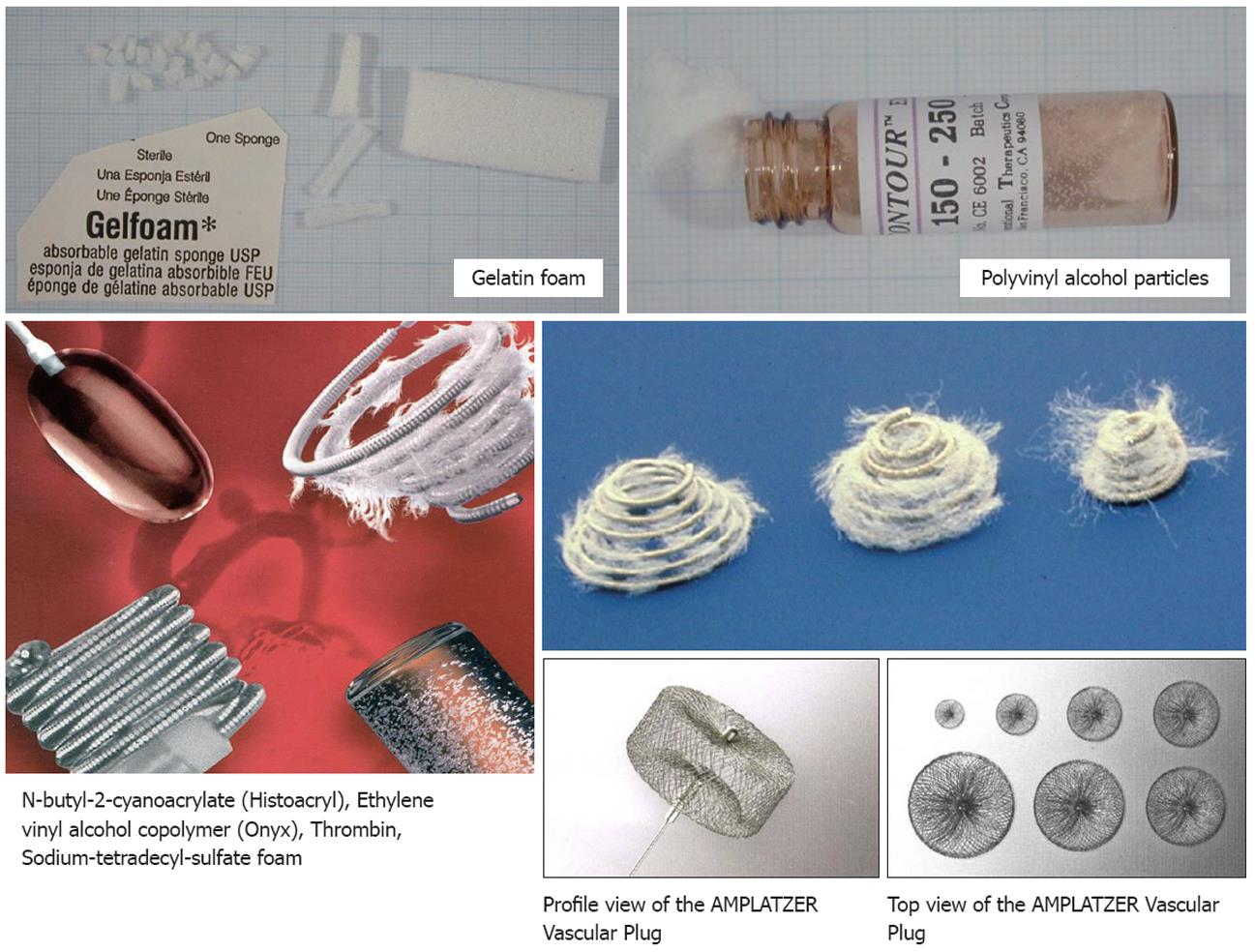 Embolization may be life saving in acute cases such as those with haemoptysis[55], gastrointestinal bleeding[60,61] and bleeding due to trauma. These embolization treatments are minimally-invasive techniques which, to a great extent, have substituted the corresponding conventional surgical procedures, and include the treatment of PAVM, as well as many cases of uterine fibroids, gastrointestinal bleeding, and the treatment of haemoptysis and patients with bleeding due to trauma.

Interventional radiology, angioplastics: Should this be angioplasty?

Within the field of Interventional Vascular Radiology, Dr. Andersen has been innovative and has introduced the use of percutaneous transluminal angioplastics in peripheral arteries at the Odense University Hospital in 1984, renal angioplastics in 1985[51,57], in coronary arteries (PTCA, PCI) in 1986, and peripheral vascular stents in 1991. He also introduced the first coronary stents in Denmark in 1992, the first carotid angioplastic in Denmark in 1993[21], and the first carotid stent implantation in Scandinavia in 1996. In addition, angioplastics in renal arteries in patients with renovascular hypertension is now the treatment of choice. He has refined these embolization techniques, including the use of microcatheters and has introduced many new embolization materials.

Dr. Andersen has published more than one hundred research papers in peer reviewed journals and book chapters, and is the author of a radiological textbook (Chest Radiology) and editor of another radiological textbook (Musculoskeletal Radiology). Dr. Andersen has presented more than one hundred papers and lectures at several Postgraduate Courses and at the Danish, Nordic, European, and World Congresses. He has been an invited speaker and has chaired and moderated at several international meetings, including the European Congresses of Radiology (ECR) in Vienna and the Annual Meetings and Postgraduate Courses of the Cardiovascular and Interventional Radiological Society of Europe (CIRSE). He is a member of the abstract reviewer group in both ECR and CIRSE and a member of the faculty for CIRSE. He was the local Meeting Chairman of CIRSE in Copenhagen in 2008 and a member of the Executive Committee and Scientific Programme Planning Committee for CIRSE.

Interventional radiology (IR) techniques are patient-friendly minimally-invasive procedures which in many cases can substitute for the corresponding surgical treatments. Patients treated with IR generally have a shorter hospital stay and recovery than patients treated with the corresponding surgical procedures. IR involves very selective treatments with few complications. IR is now a UEMS recognized and fast growing radiological subspecialty with great research potential.