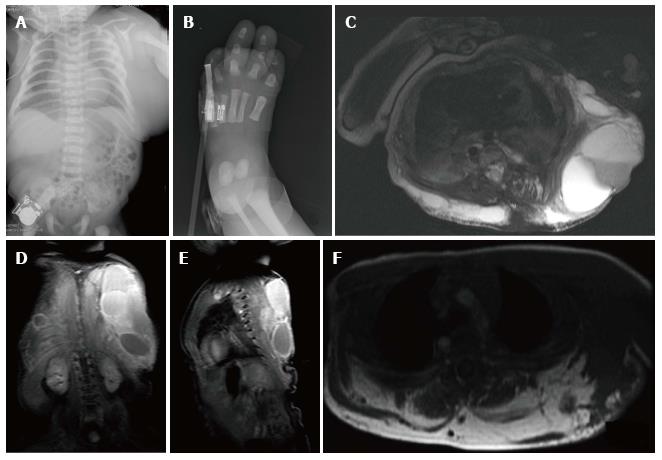 Figure 5 Macrocystic lymphatic malformation with hemorrhage. Axial fat suppressed T2 weighted magnetic resonance image of the elbow (A) demonstrates a predominantly hyperintense malformation with hypointense hemorrhage in a loculation (asterisk). Direct access to the malformation is obtained with a 22-gauge needle for sclerosis (B), subsequently performed with doxycycline. 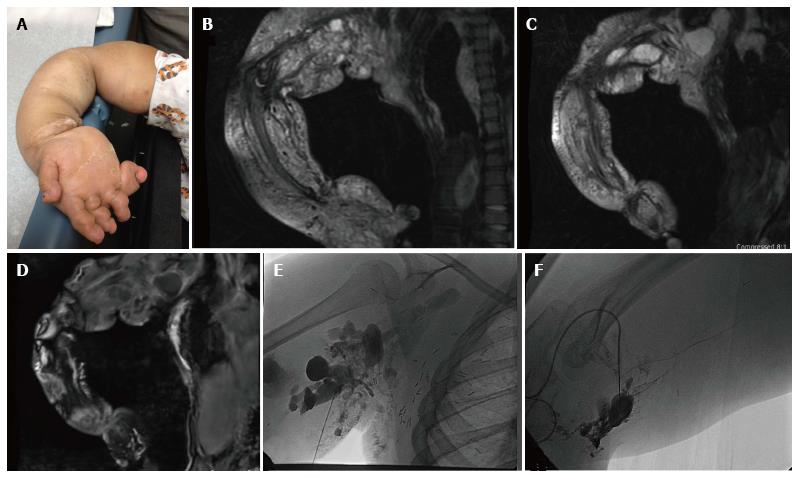 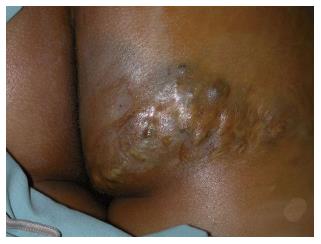 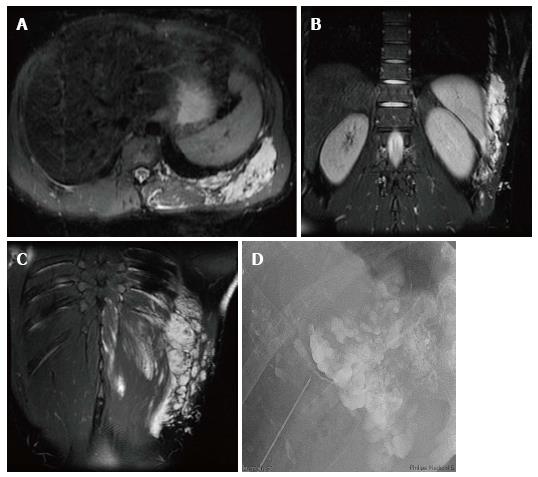 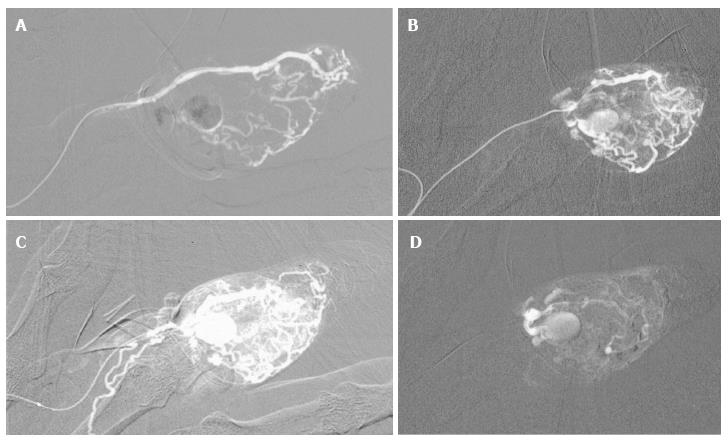 Figure 11 High flow arteriovenous malformation of second digit. This patient scheduled for amputation due to intractable pain under went alcohol embolization as a last resort prior to surgery. Digital arteriography with a microcatheter in the lateral digital artery with the tip at the level of the middle phalanx demonstrating filling of the nidus of the malformation (A, B, C). Following embolizaton, there is stasis of flow in the malformation (D). The medial digital artery remained patent with preservation of arterial flow to the digit. 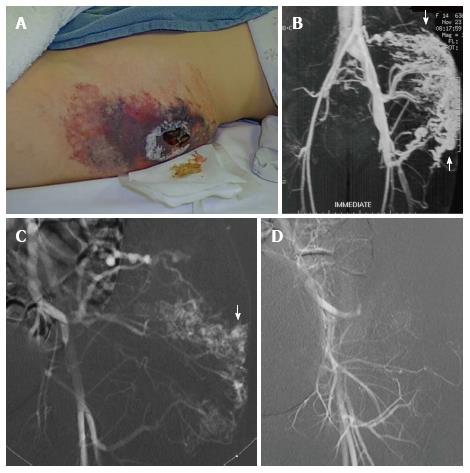 Figure 13 Use of detachable coils, released only when satisfactory placement is achieved, may increase the safety of the procedure. Radiograph of the mid-diaphysis of the femur demonstrates a region of endosteal erosion (arrows) (A). Arteriography demonstrates a multifistulous malformation with arterial supply from two muscular branches of the superficial femoral artery (arrow) with early filling of intraosseous venous drainage (arrowheads) (B, C). Occlusion of the feeding arteries was accomplished with large coils (arrow) eliminating the fistulous communications (D, E).

Figure 14 Particulate agents do not generally provide complete occlusion, and recanalization may occur. High flow arteriovenous malformation with nidus and venous aneurysm originating from branches of the left internal iliac artery (A). Following superselective catheterization of the feeding branch of the inferior gluteal artery there is demonstration of the nidus and venous aneurysm (arrow) (B). Following particulate embolization with PVA, there is occlusion of the nidus. Surgical clips are seen overlying internal iliac artery branches from previous unsuccessful attempts at surgical treatment (C). 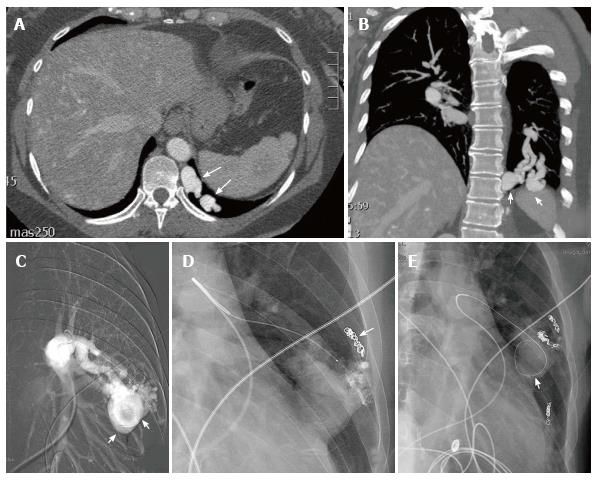 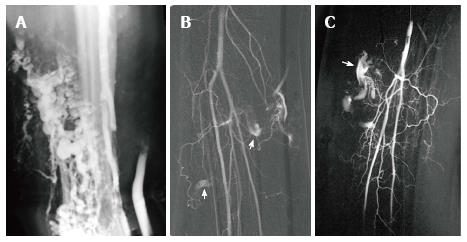 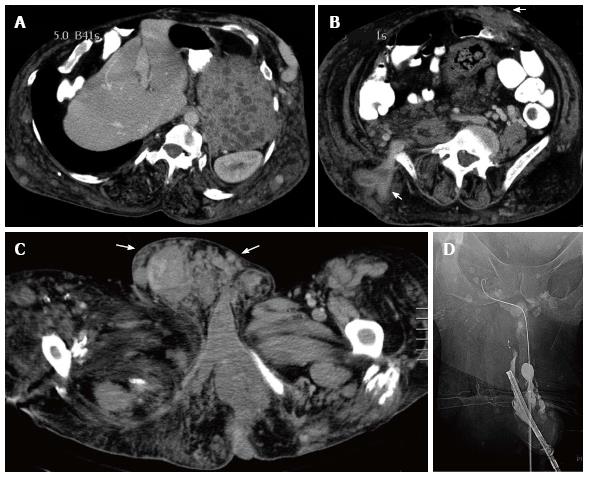 Figure 20 21-year-old man, who presented with pain and swelling of his leg. Radiograph of the femur demonstrates cortical erosion of the distal femur (arrows) (A). T1 weighted coronal magnetic resonance (MR) of the knee demonstrates innumerable focal lesions in the tibia and femur (B). These lesions are high signal intensity on T2 weighted coronal MR (C), however no contrast enhancement was seen within the lesions. Biopsy of the femur demonstrated a lymphatic microcystic lymphatic malformation.