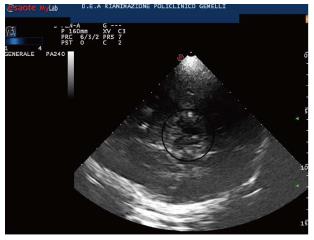 Figure 1 Midbrain transverse scan. The butterfly-shaped mesencephalic brainstem surrounded by the echogenic basal cisterns is shown in the circle. 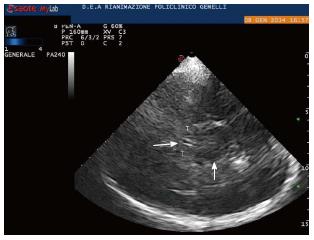 Figure 2 Diencephalic transverse scan. The third ventricle can be visualized as a highly echogenic double-line image (arrow head on the left). Mesencephalon is indicated by the arrow head on the right. T: Thalamus. 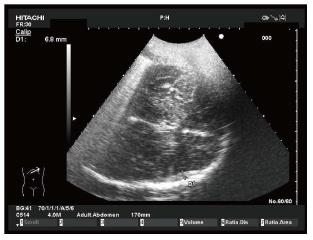 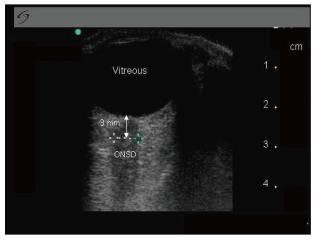