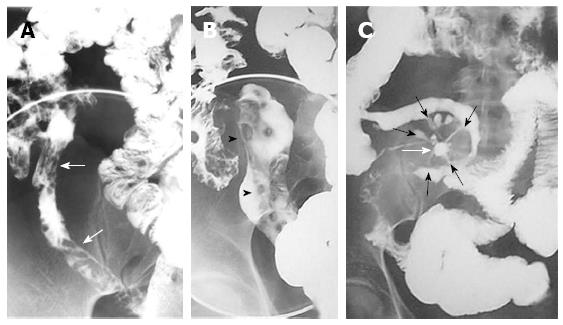 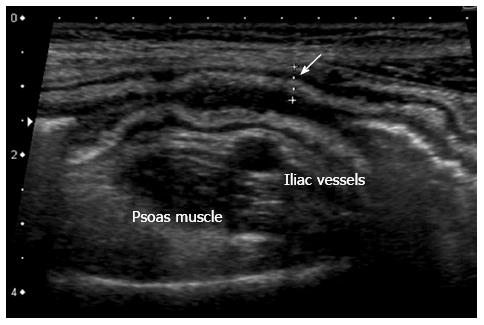 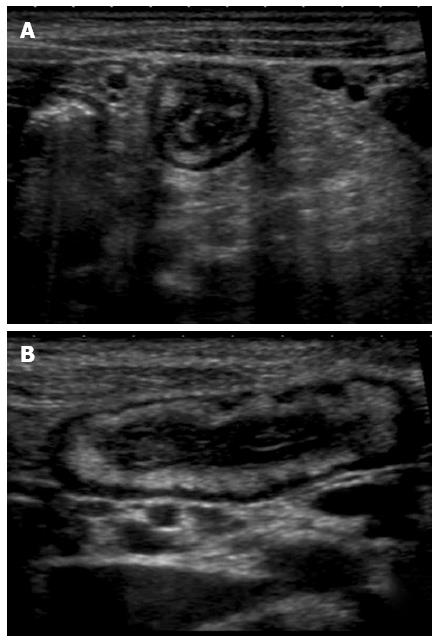 Figure 3 Transversal (A) and longitudinal (B) section of a thickened ileal loop due to Crohn’s disease. The “target” sign, corresponding to remarkable bowel wall thickness, is visible as a strong echogenic centre surrounded by a hypoechoic border (A). The adjacent mesentery is thickened and hyperechoic, due to the transmural nature of inflammation in Crohn’s disease (A and B).

Figure 4 Longitudinal view of the terminal ileum in a 13-year-old boy with active Crohn’s disease. The bowel wall is thickened and shows increase in Color Doppler signals denoting inflammatory hyperemia (A). Note in (B) the fibrofatty proliferation of the surrounding mesentery which appears hyperechoic and the enlarged mesenteric lymph-nodes. 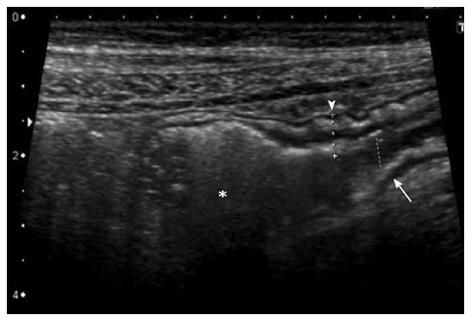 Figure 8 Transverse (A) and coronal (B) computed tomography show bowel wall thickening and mucosal hyper-enhancement with pseudo polyps (white arrows) as well as mesenteric lymph nodes, that are irregular in size and shape (black arrowhead) and increased mesenteric vascularity (asterisk). These features may be detected in case of acute exacerbation on a background of longstanding disease. 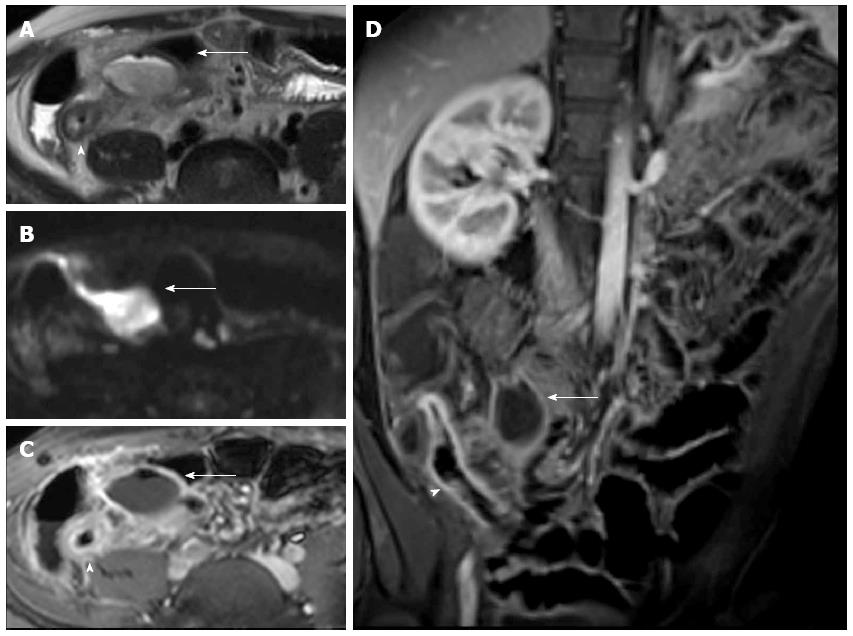 Figure 11 Eighteen-years-old female with active Crohn’s disease and abscess. Transverse T2-w (A), DWI (B), transverse (C) and coronal (D) post-contrast FS-T1-w image (C) show inflamed segments of the terminal ileum (arrowhead) with pericecal fluid-collection around ticked and hype-vascular walls (arrow), according to abscess. A small air bubble in the antideclive portion of the fluid collection is visible in the transverse T2-w (A) and transverse post-contrast FS-T1-w image (C). 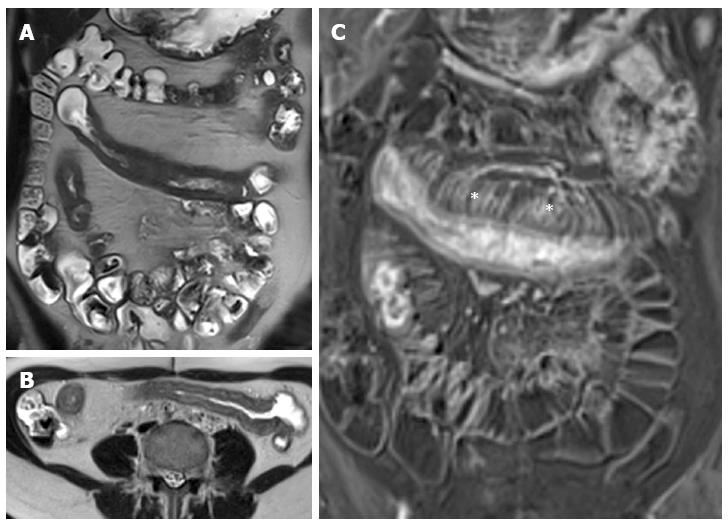 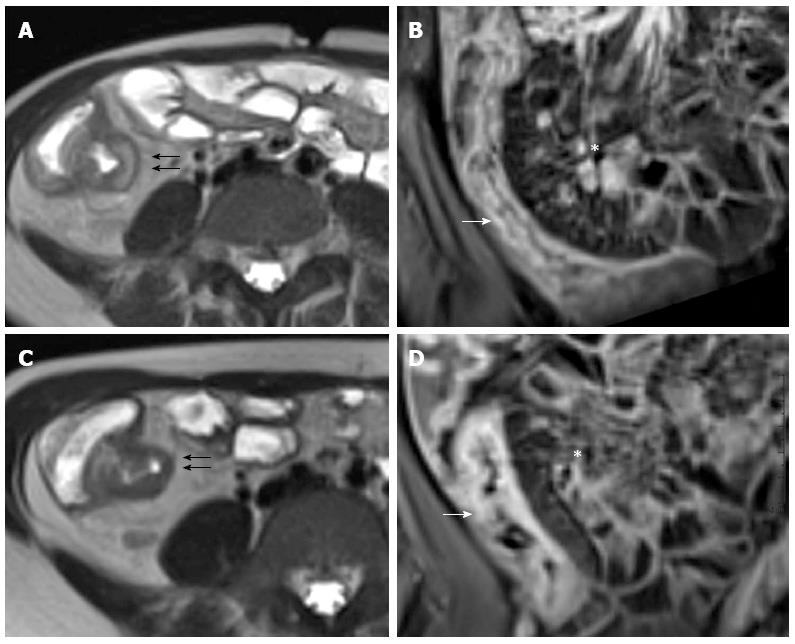 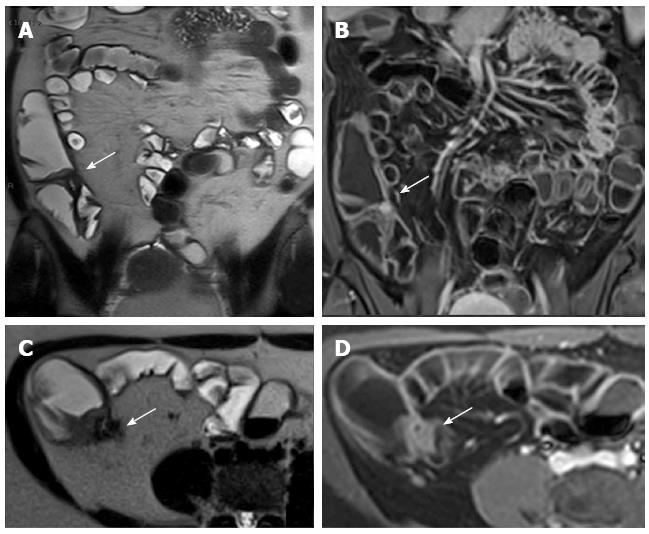 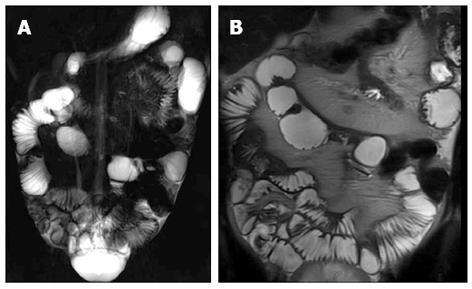 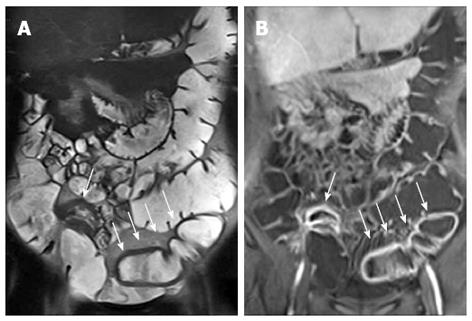