Figure 1 Computed tomography. A: A patient presented with multiple left neck nodes (arrows); B: The conventional methods as well as the computed tomography (CT) imaging could not identify the primary tumor; C: A positron emission tomography/CT scan showed increased fluorodeoxyglucose uptake in the left base of tongue (arrow) and a directed biopsy of this area confirmed the primary site. 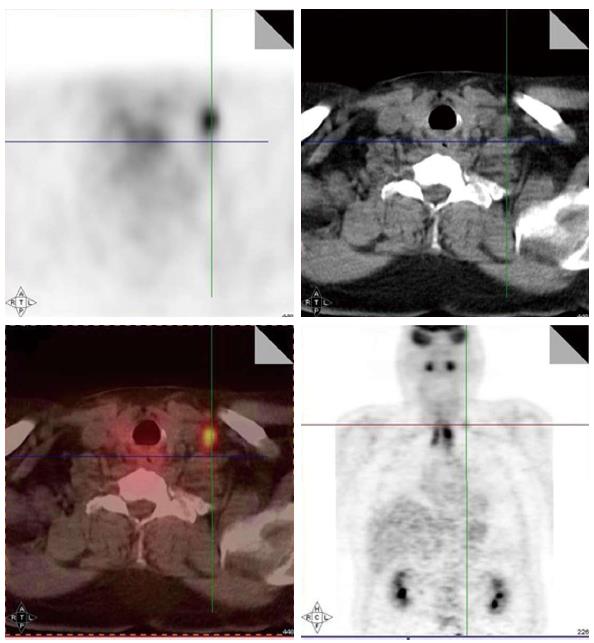 Figure 2 Increased fluorodeoxyglucose positron-uptake in the low neck revealed a metastatic lymph node which would otherwise be difficult to detect because of the presence of muscular and vascular structures in this region of the neck. 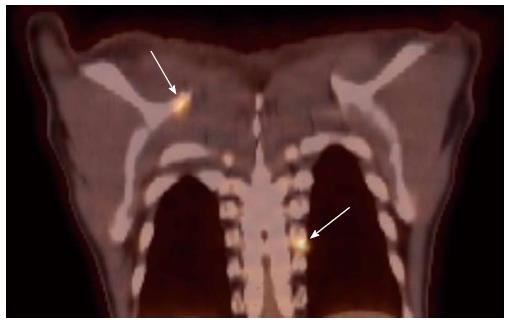 Figure 3 Small bone metastases detected in a patient with head and neck squamous cell carcinoma (arrow). These lesions were not visible on the computed tomography scan. 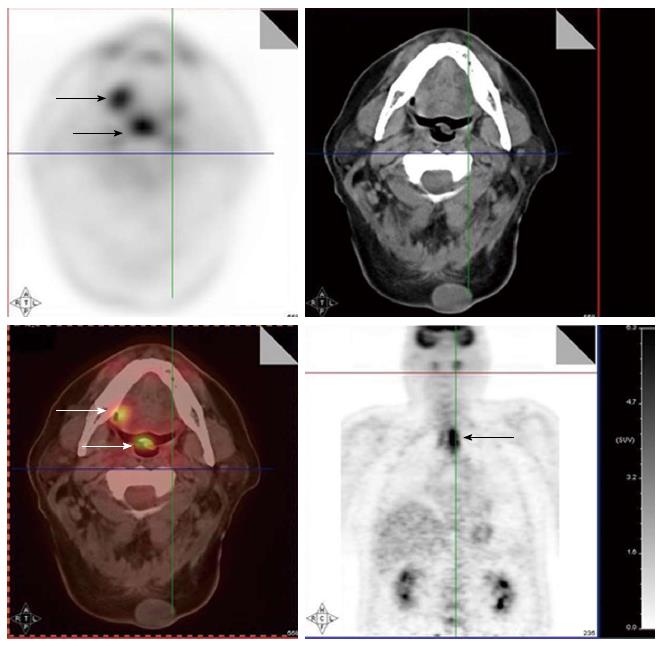 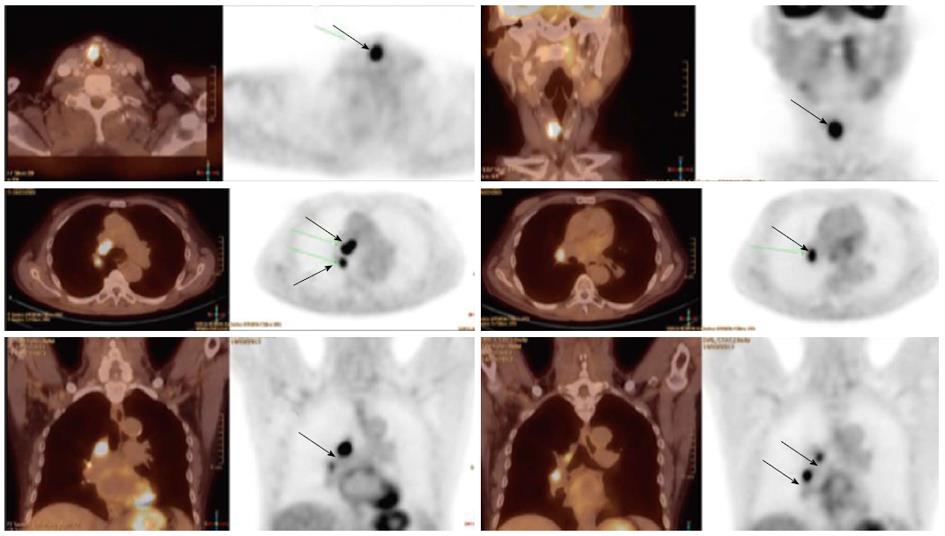 Figure 5 A patient with a synchronous laryngeal and lung squamous cell carcinomas. A 70-year-old male with diagnosis of squamous cell carcinoma of the glottic larynx T3N0M0 (A and B; arrow). He underwent a positron emission tomography/computed tomography scan which revealed additional lesions in the right lung which were biopsied endobronchial and shown to be a second primary lung cancer with mediastinal lymphadenopathy (C and D; arrows).

Figure 6 A patient with nasopharyngeal cancer. A: Initial stage was T1N0 when the patient was referred to our institution after conventional workup (arrow in axial image); B: Fluorodeoxyglucose positron emission tomography revealed hypermetabolic foci in the primary tumor in the nasopharynx and in bilateral level II lymph nodes which were small and were not called as lymphadenophy in her computed tomography and magnetic resonance imaging. Fine needle biopsies of these lymph nodes were obtained. The right level II node (arrows) was confirmed to contain metastatic disease, while the left level II lymph node was not diagnostic; C: Intensity modulated radiotherapy plan for this patient. The right level II node was treated to a high dose of radiation. The lower neck was treated with an anterior-posterior field (From Woods C, Sohn J, Machtay M, Yao M. Radiation treatment planning for head and neck cancer with PET. PET Clinics 2012; 7: 396; with permission). 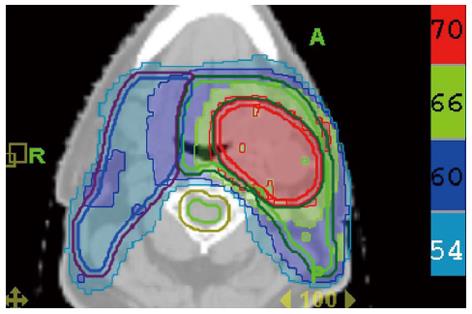 Figure 7 Treatment plan for the patient described in Figure 1. The base of tongue was found to be the primary cancer site and this area was included in the high dose intensity-modulated radiotherapy plan while sparing uninvolved mucosal areas.

Figure 8 A patient with oral tongue cancer. The edge of the tumor was not very clear in the computed tomography (CT) image (A), but more obvious in the PET image (B). Gross tumor volume was outlined based on CT scan (C) vs with fluorodeoxyglucose positron emission tomography/CT (D). The volume included is larger with CT alone.