The patient was a 58-year-old male with alcoholic chronic pancreatitis. Since a 10 mm calculus was detected in the pancreatic body and abdominal pain occurred frequently due to congestion of pancreatic juice, ERCP was conducted for assessment of the pancreatic duct and for treatment of pancreatic calculus. The procedures were carried out using side-viewing duodenoscopes (JF260V: Olympus Co., Tokyo, Japan). A catheter PR-104Q was used for cannulation (Olympus Co.). Two guidewires were employed in the procedure (Jagwire: Microvasive, Boston Scientific Co., Natick, MA, Revo Wave: Olympus Co.). After the start, the pancreatic duct was imaged to some extent from the common duct but the image was not clear enough and the catheter was dislodged from the papillary region due to the strong mobility of the duodenal papilla (Figure 1). The second attempt at pancreatography was not successful. However, despite the strong mobility of the duodenal papilla, imaging of the bile duct was possible. Therefore, after the imaging of the bile duct, a guidewire was retained in the bile duct to immobilize the papilla and cannulation of the pancreatic duct was attempted. As a result, selective pancreatic duct cannulation became possible (Figures 2A, 2B and Figures 3). Subsequently, the guidewire was inserted up to the pancreatic tail (Figure 4) and endoscopic pancreatic sphincterotomy (EPST), a technique to provide separate openings for the pancreatic duct and the bile duct, was performed so as to conduct an Extracorporeal Shock Wave Lithotripter later on to remove pancreatic calculus. It is reported that EPST and difficult cannulation cases constitute a risk factor of post-ERCP pancreatitis because they induce edema in the papilla that leads to the stasis of pancreatic juice[21]. Accordingly, the procedure was completed by retaining a 5 Fr. Three centimeters unilateral-flapped pancreatic duct stent (Geenen, Pancreatic Stent: Wilson-Cook Medical Inc., Winston-Salem, NC)[22,23] that might prevent pancreatitis by securing the outlet for the congestion of pancreatic juice. Although post-operative hyperamylasemia was observed, no problematic incidental disease occurred. No substantial problem with the pancreatic duct stent occurred and the X-ray that was taken the next day confirmed the spontaneous dislodgement. 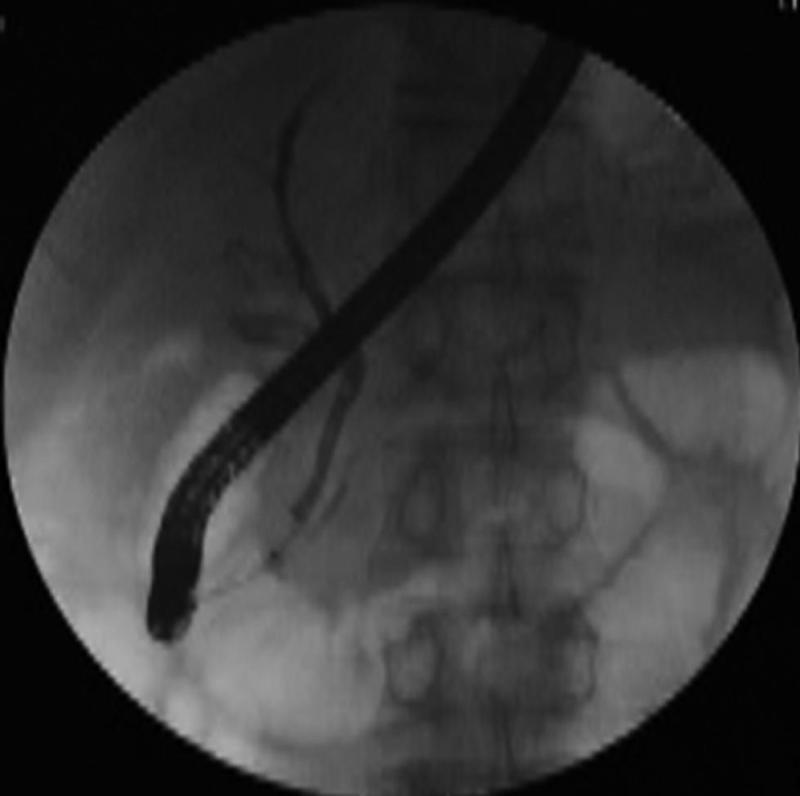 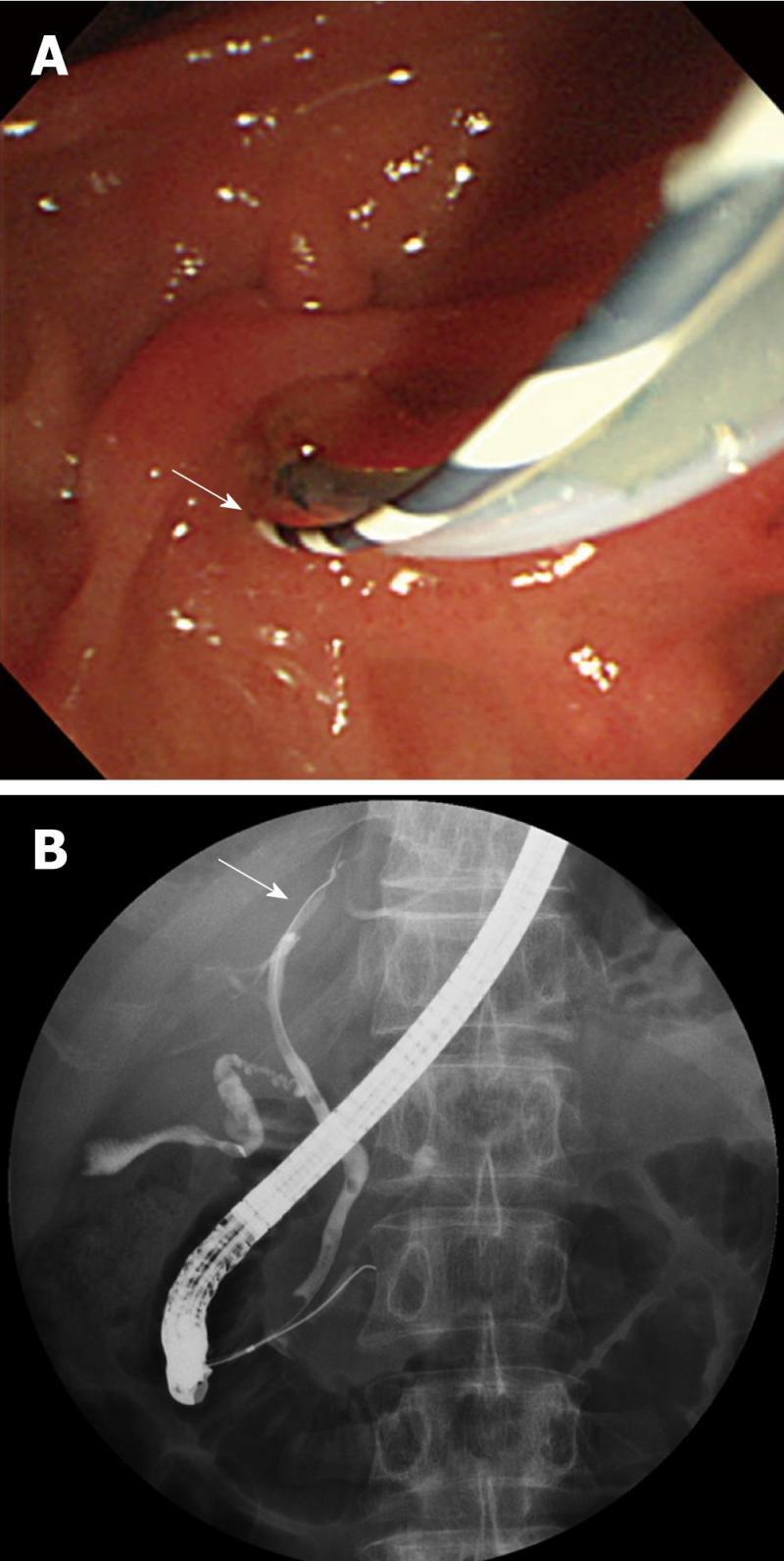 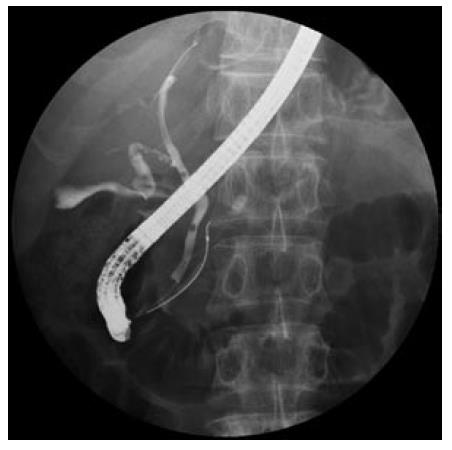 Figure 3 The guidewire went ahead in the direction of pancreatic duct.

Figure 4 The guidewire was retained across the calculus to the pancreatic tail.
DISCUSSION