We describe a case of 42-year-old female presenting with abdominal pain associated with loss of weight and fever for 8 mo. On evaluation she had gross hepatomegaly with raised alkaline phosphatase and raised GGT levels with normal transaminases and bilirubin. On imaging she had diffuse enlargement of liver with heterogeneous contrast uptake in liver. Her viral marker and autoimmune markers were negative. Liver biopsy depicted massive deposition of amyloid in peri-sinusoidal spaces which revealed apple green birefringence on polarizing microscopy after Congo red staining. Cardiac and renal evaluation was unremarkable. Abdominal fat pad and rectum biopsy was negative for amyloid deposit. There was no evidence of primary amyloidosis as bone marrow examination was normal. Serum and urine immunofixation electrophoresis were normal. Immunoperoxidase staining for serum amyloid associated protein for secondary amyloidosis was negative from liver biopsy. We present this rare case of primary hepatic amyloidosis and review the literature regarding varied presentations of hepatic involvement in amyloidosis.

Core tip: Amyloidosis is a pathological process that encompasses a spectrum of disease resulting from the extracellular deposition of fibrillar amyloid protein. It can involve any organ isolated or in conjunction with other organs and can do so in the form of a focal, tumour-like lesion, or an infiltrative process. Amyloidosis localized to the liver has been rarely described. This case represents a rare instance of primary hepatic amyloidosis without evidence of primary or secondary cause of amyloid deposit posing considerable diagnostic and therapeutic challenge for the clinicians.

Amyloidosis is a pathological process that encompasses a spectrum of disease resulting from the extracellular deposition of fibrillar amyloid protein, which can involve any organ in isolation or in conjunction with other organs and can do so in the form of a focal, tumour-like lesion, or an infiltrative process. Amyloidosis localized to the liver has been rarely described, although it is possible that these patients have yet to exhibit evidence of systemic disease. Hepatic involvement in both primary (AL) and secondary (AA) forms of systemic amyloidosis is common; however, clinically dominant hepatic amyloidosis is unusual[1]. Accumulation of amyloids in the liver produces hepatomegaly in 33%-92% of patients, as well as moderate jaundice and moderate to severe cholestasis[2,3]. Our patient presented with constitutional symptoms of fever, weight loss, and hepatomegaly without jaundice with evidence of amyloid deposit in perisinusoidal spaces without any systemic evidence of primary or secondary amyloidosis. Isolated hepatic amyloidosis has rarely been described in literature which poses great diagnostic and therapeutic challenge.

A 42-year-old female, presented with complaints of right hypochondriac and epigastric pain, which was dull aching, occurring intermittently, associated with weight loss of 15 kg over 8 mo. There was no history of jaundice, hematemesis, melena, and abdominal distension, alteration in bowel habit or bleeding from any site. There was no history of joint pain, rash, oral ulceration, cough, skin tightness, peripheral tingling, and weakness in limbs or breathlessness. She had an episode of acute febrile illness due to uncomplicated plasmodium vivax malaria in the recent past. There was history of acute viral hepatitis two times in remote past. She was hypothyroid on supplementation since 2 years. There was no history of tuberculosis in past. 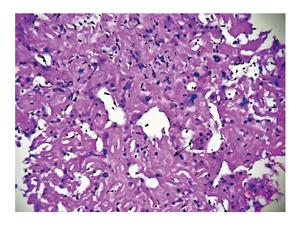 Figure 3 Apple green birefringence demonstrated by amyloid fibrils on polarizing light microscopy (black arrows in A and B) is in liver biopsy specimen.

The patient had normal serum and urine protein immunofixation electrophoresis, with normal serum free light chain assay. There was no albuminuria or no bence-jones proteinuria. Her electrocardiogram and echocardiogram was normal. Bone marrow biopsy did not reveal any plasma cell dyscrasia or amyloid deposit. Contrast enhanced CT of thorax and nuclear medicine whole body bone scan was normal with no evidence of extra osseous uptake. Skeletal survey showed no gross abnormalities. Abdominal fat pad biopsy and rectum biopsy was negative for amyloid deposit. Her serum Rheumatoid factor, pAnti-neutrophilic cytoplasmic antibodies (ANCA), cANCA, anti-rho, anti-la antibody, tuberculin test, and tumour markers were negative. Immunohistochemistry using anti serum amyloid associated (SAA) protein immunoperoxidase staining for secondary amyloidosis was done from the liver biopsy specimen which was also negative. Immunohistochemistry of liver biopsy using anti-kappa and anti-lambda antibody was not done as the serum free light chain assay and serum protein immunofixation electrophoresis was normal. She was managed symptomatically with colchicine and other supportive therapies including intravenous fluids. The patient was followed up for 6 mo. Subsequently she was lost to follow up. Her constitutional symptoms improved marginally on colchicine. But hepatomegaly and altered biochemical parameters did not show any improvement.

Though amyloidosis is considered as a systemic disease, 10%-20% cases can be localised[4]. To our knowledge primarily isolated hepatic involvement of liver in amyloidosis has rarely been described in the literature. Though it is possible that the patient has yet exhibited the evidence of systemic disease, hepatic involvement can occur in both primary and secondary types of amyloidosis (AL/AA). In primary type the characteristic fibrillar protein is a fragment of the variable immunoglobulin light (and/or rarely heavy) chain and in secondary type the protein is the amino acid terminus of the acute phase protein SAA. Secondary amyloidosis with hepatic involvement can be seen in chronic inflammatory disorders and infections including multiple myeloma, tuberculosis, rheumatoid arthritis, familial Mediterranean fever, Crohn’s disease, Reiter’s syndrome, ankylosing spondylitis, Sjögren’s syndrome, dermatomyositis, vasculitis, chronic osteomyelitis, bronchiectasis, cystic fibrosis, systemic lupus erythematosus (SLE)[4], etc. Currently the AA/AL ratio has been 1:17 to 1:38 due to fewer chronic infections and an increasing recognition of AL amyloidosis. Other types of amyloidosis that are rarely seen include dialysis-related amyloidosis with the deposition of β2-microglobulins, and autosomal dominant systemic amyloidosis, such as familial amyloidotic polyneuropathy with the deposition of genetically variant transthyretin[5].

Hepatic amyloidosis is usually characterised by amyloid deposits in the liver parenchyma along the sinusoids within the spaces of disse or within the blood vessel walls. As a result of extensive compression of hepatocytes by the amyloid deposits there may be atrophy of hepatocyte. More massive infiltration results in enlarged liver with rubber elastic consistency. This results in “lardaceous liver” appearance on cut-surface[6].

The clinical spectrum of hepatic amyloidosis can range from hepatomegaly and borderline abnormal liver function test to more severe form resulting in portal hypertension, hepatic failure and rarely spontaneous rupture[7]. Around 70%-80% of the cases have associated nephrotic syndrome, congestive cardiac failure, orthostatic hypotension or peripheral neuropathy. In another series, other frequent findings in cases of hepatic amyloidosis included proteinuria (88%), elevated serum alkaline phospatase (86%), abnormal serum protein electrophoresis (monoclonal protein or hypogammaglobulinemia, 64%), hyposplenism on the peripheral blood smear (62%), defined by the presence of Howell-Jolly bodies; and hepatomegaly (81%) disproportional to the liver enzyme abnormalities[8]. The median survival rate in these patients is 9 mo[7,8]. Our patient had gross hepatomegaly with constitutional symptoms together with raised alkaline phosphatase but no other associated feature.

Radiological findings of hepatic involvement are non-specific. Pre-contrast and contrast enhanced CT reveals enlarged liver with heterogeneous decrease attenuation with delayed enhancement. There may be focal area of hypo attenuation owing to impaired blood flow due to extensive infiltration by amyloid deposit. Our patient had gross hepatomegaly with tiny foci of parenchymal calcification on pre-contrast CT which is rarely seen[9]. Her arterial phase CT shows lack of parenchymal enhancement in liver. Venous phase shows heterogeneous enhancement with diffuse low density areas in liver. Rarely typical hepatic contour characterised by asymmetric and triangular appearance of liver with apex towards falciform ligament may occur owing to selective atrophy of the lateral margins of both the lobes[10].

Immunohistochemistry using anti-kappa and anti-lambda antibodies are useful in immunohistochemical classification and diagnosis of AL type amyloidosis. However it has its own limitations owing to cross reactivity between anti-kappa and anti-lambda antibodies. A study using antibodies against three different regions of immunoglobulin lambda light chain for the immunohistochemical analysis of liver biopsy samples from the cases of immunoglobulin lambda light chain amyloidosis showed that the amyloid deposits may not be homogeneous in the liver and that molecular heterogeneity of amyloid fibril protein or a difference in the mode of deposition results in the histopathological heterogeneity of AL amyloid deposits[11].

Our case represents a diagnostic challenge where specific type of amyloid deposit in liver was difficult to determine. Normal bone marrow examination with normal serum and urine immunofixation electrophoresis ruled out primary amyloidosis. Anti-SAA immunoperoxide staining from liver biopsy was also negative. Hereditary forms of amyloidosis including lysosome form were considered. There was no facility for mass spectroscopic analysis for varied type of amyloid protein at our centre. There was no evidence of hepatocellular failure or spontaneous rupture. There was no cardiac, renal or nervous system involvement. There was no evidence of tuberculosis, rheumatoid arthritis, SLE, crohns disease, or evidence of other common inflammatory diseases. This case represents need for high level of suspicion to diagnose a case of isolated hepatomegaly due to amyloidosis. There have been case reports of hepatic involvement in amyloidosis including one where the presentation was a liver SOL in the setting of plasma cell dyscrasias, but isolated hepatic involvement is a rare entity[12]. In absence of systemic evidence of amyloidosis liver transplant was considered for the patient but she did not have requisite Model for End Stage Liver Disease points to make her eligible candidate. She was managed symptomatically with colchicine and other supportive therapies.

This case represents diagnostic and therapeutic difficulty in managing a case of primary hepatic amyloidosis of undetermined aetiology.

A middle aged female presented with long-standing abdominal pain with loss of weight without jaundice.

On examination her vitals were stable and she had gross hepatomegaly.

She was managed symptomatically with colchicine and other supportive therapies as there was no definite cause of hepatic amyloidosis that could be found out.

There have been case reports of hepatic involvement in amyloidosis including being presented as a mass in setting of plasma cell dyscrasias, but isolated hepatic involvement is a rare entity. published series have described varied presentation of liver involment in amyloidosis which can range from asymptomatic hepatomegaly to fulminant hepatic failure.

Amyloidosis is a pathological process that encompasses a spectrum of disease resulting from the extracellular deposition of fibrillar amyloid protein which can involve any organ isolated or in conjunction with other organs and can do so in the form of a focal, tumour-like lesion, or an infiltrative process.

This case represents diagnostic and therapeutic difficulty in managing a case of isolated hepatic amyloidosis of undetermined aetiology.

The paper is well written.