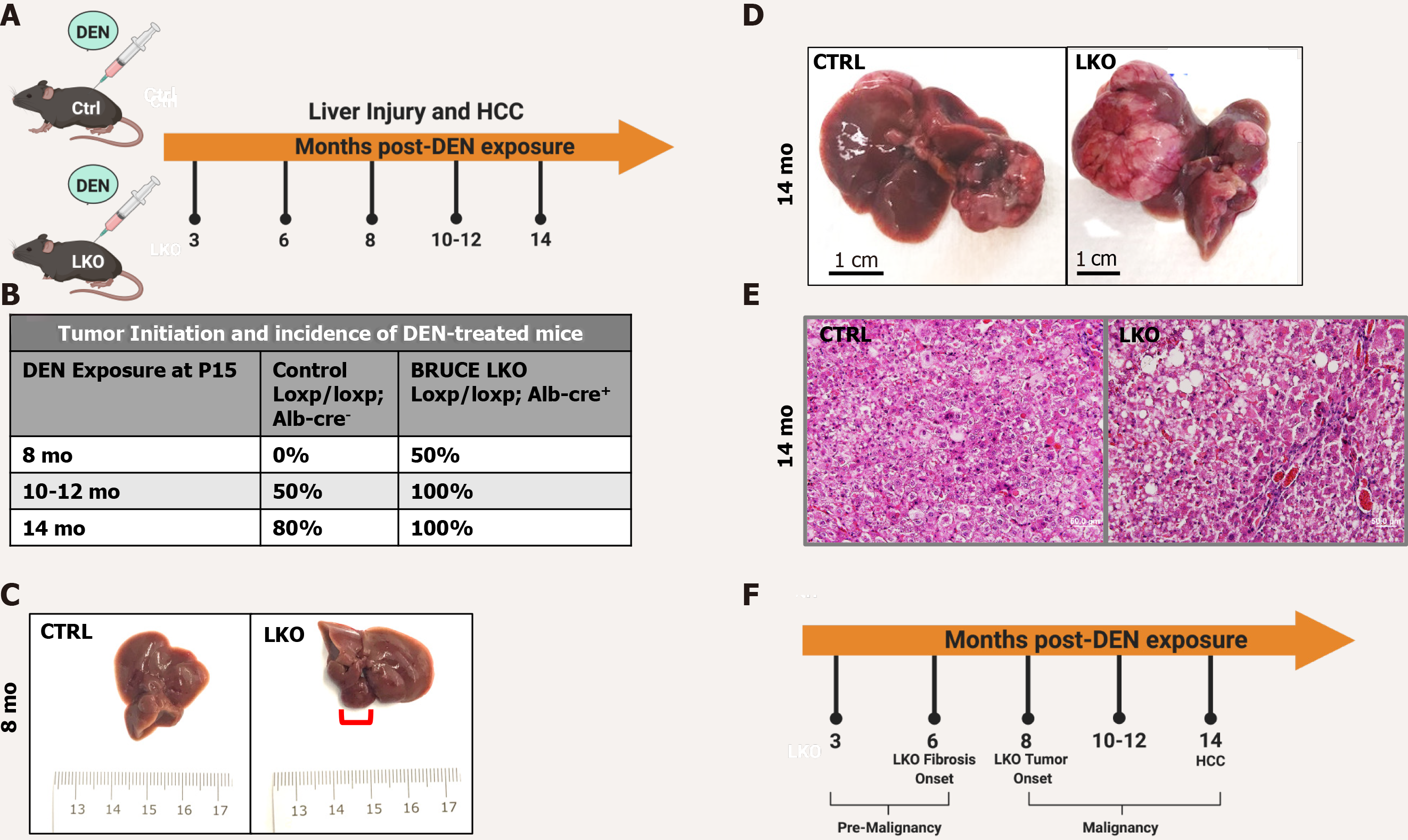 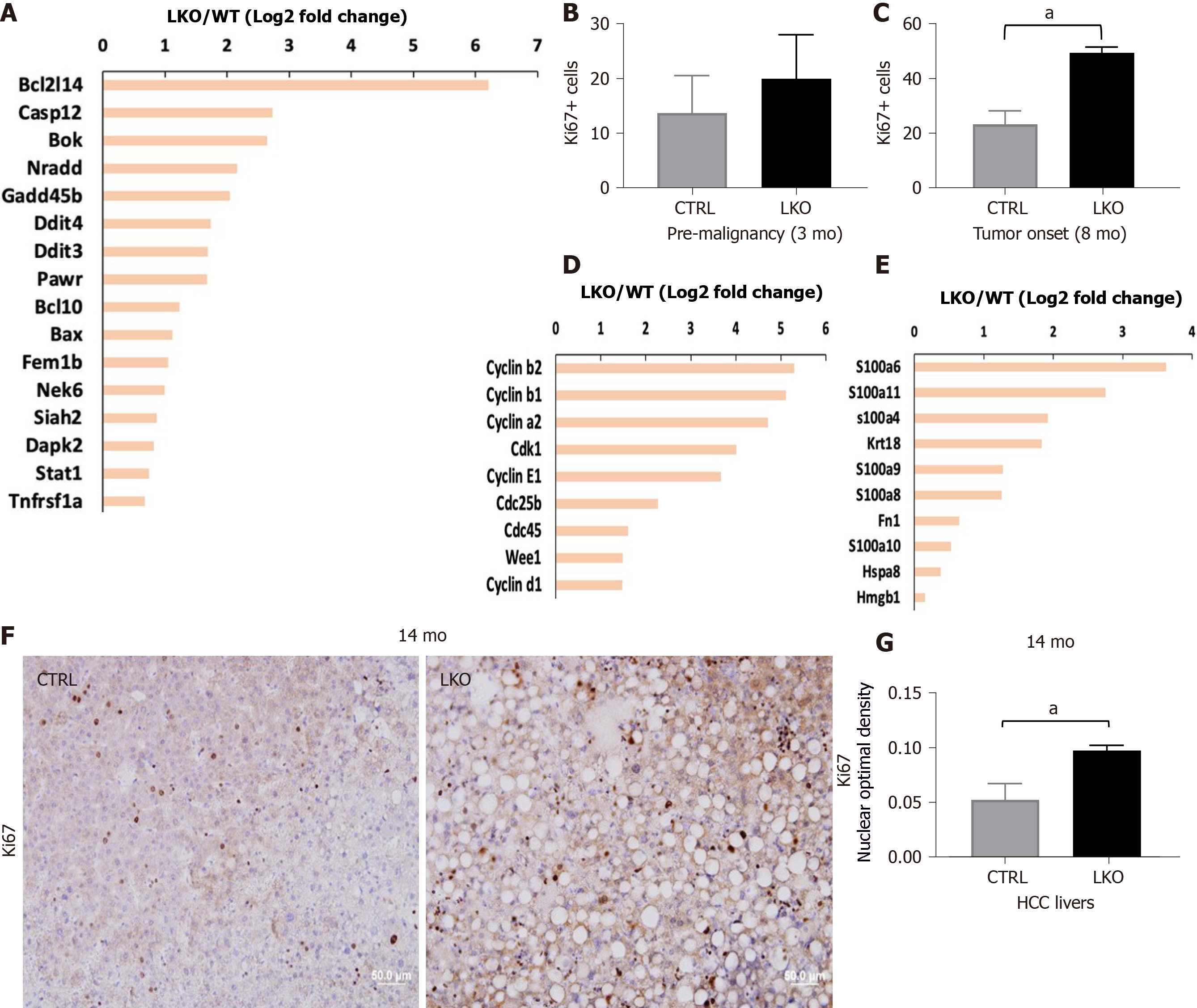 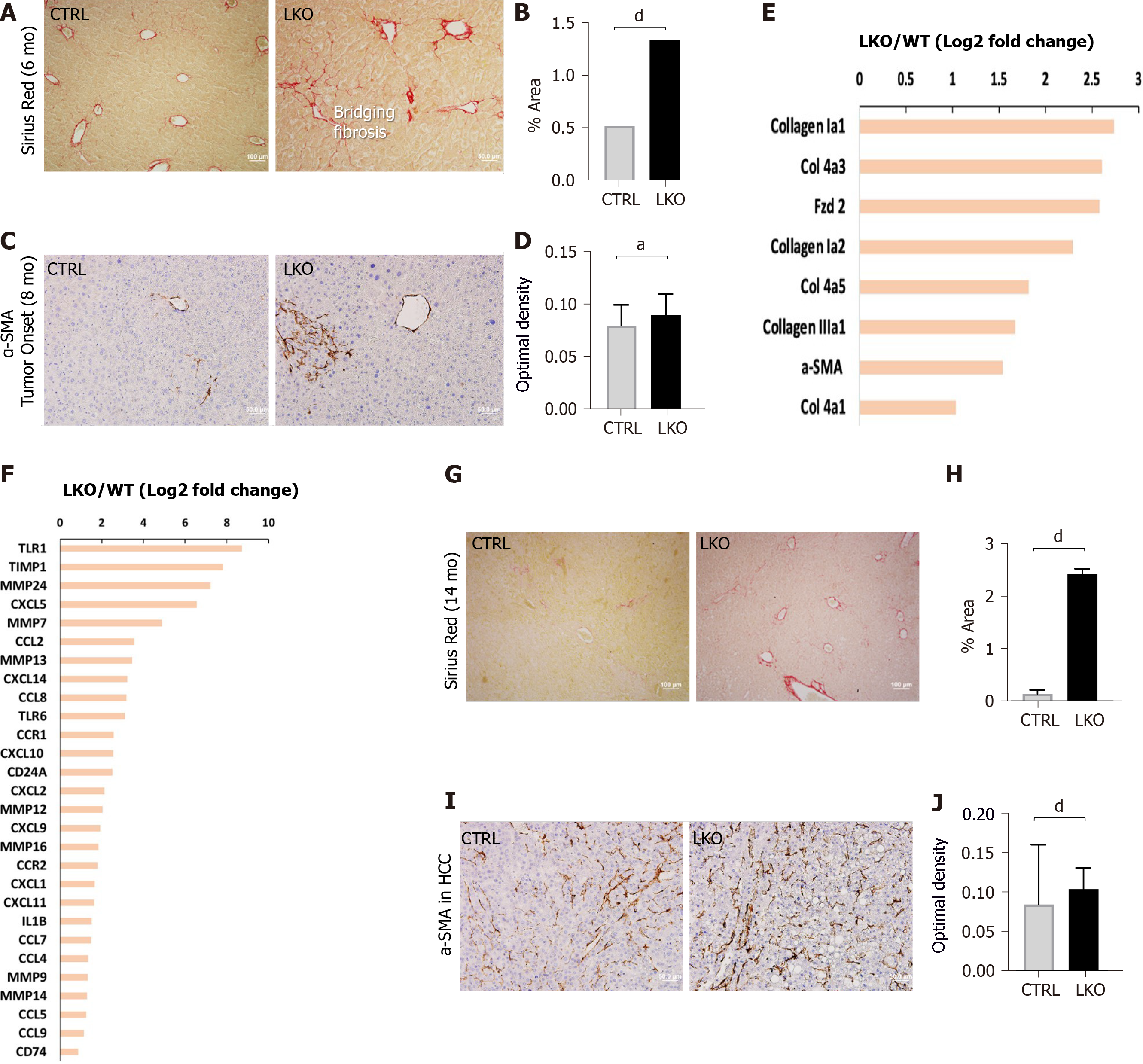 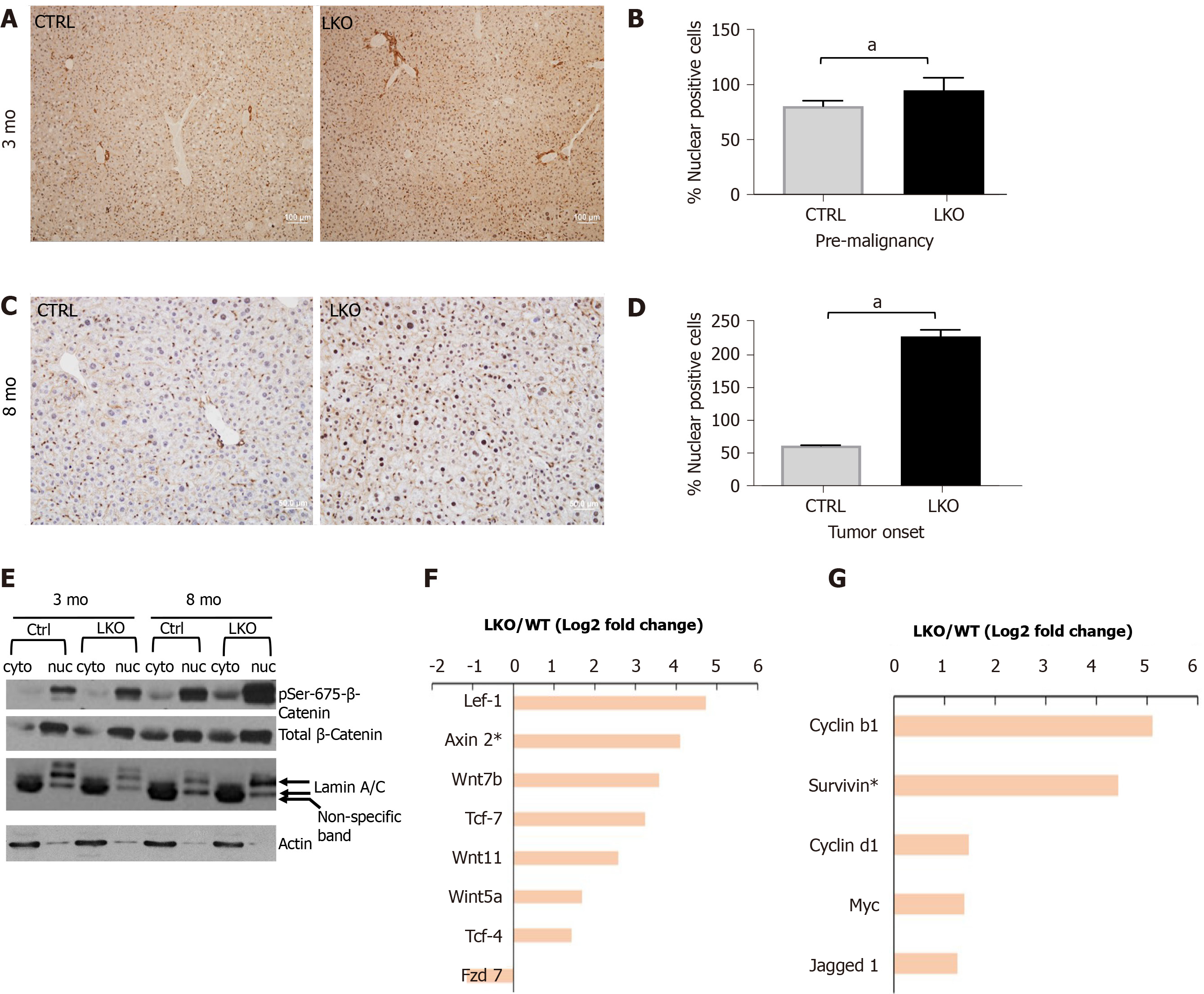 Figure 4 BRUCE deficiency promotes β-catenin activation in mice. A and B: After three months post-diethylnitrosamine (DEN) exposure, there is an increase in nuclear β-catenin staining by immunohistochemistry in the BRUCE KO livers. See quantification to the right; C and D: At tumor onset in LKO livers, nuclear β-catenin, shown by immunohistochemical staining, is increased in the LKO livers and quantified to the right; E: Phosphorylation of β-catenin at Ser-675 is increased in both the cytoplasmic and nuclear fractions of the LKO livers both pre-malignancy (3 mo post-DEN) and at tumor onset (8 mo post-DEN); F and G: At the time of tumor onset in LKO livers (8 mo post-DEN exposure), RNA sequencing analysis determined an increase in several canonical Wnt/β-catenin pathway members and target genes. aP< 0.05. LKO: Liver-specific knockout; CTRL: Control. 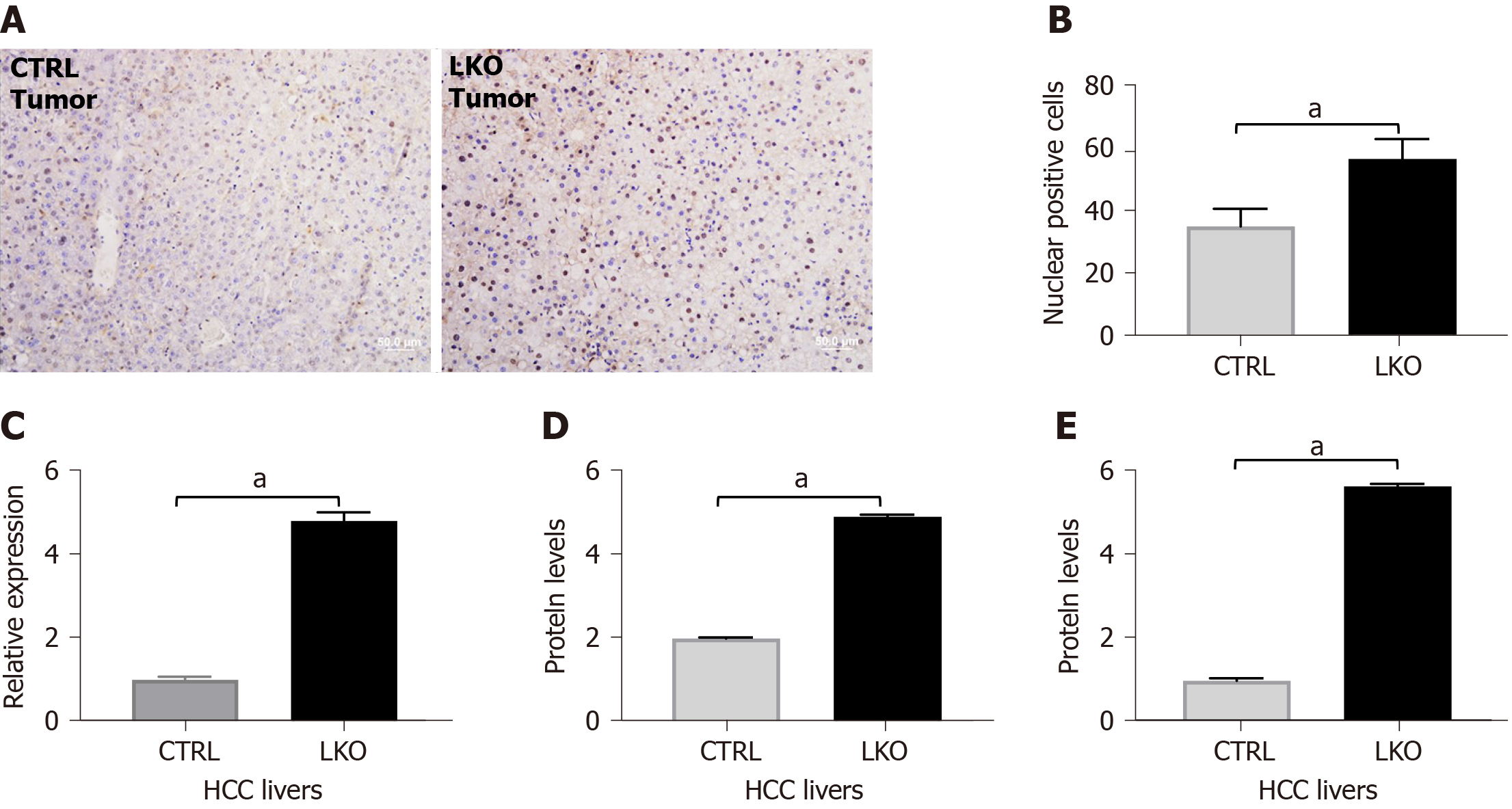