In this paper, we summarize the main progresses made in our group in the field of the mechanism of pigment gallstone formation. It was found that after treatment with free radicals, bilirubin (BR) was changed into free radical itself, and a semiquinone free radical and a superoxide free radical bound with metal were recognized, which was detected by ESR (electron spin resonance). By the means of NMR (nuclear magnetic resonance) and IR (Infra-red spectra), it was postulated that bilirubin polymerized through the reaction between the vinyl group and the hydroxyl group under the attack of free radicals. It was also found that bilirubin free radical were liable to calcify in a kinetic study. Because of its chemical properties, bilirubin free radical was shown to be cytotoxic to hepatocyte, which was demonstrated based on the following facts: induction of phospholipid peroxidation (LPO), leakage of lactate dehydrogenase (LDH) and decrease of glutathione. As to the mechanism of bilirubin-induced cytotoxicity, it was postulated that the main target of bilirubin free radical was the cell membrane, including phospholipid and membrane bound proteins, especially spectrin, a content of cytoskeleton. Based on the results mentioned above, it was deduced that bilirubin free radical is the key factor that initiates and promotes the formation of pigment gallstone, which is consistent with other researches in recent years.

For years, gallstone has been nearly the most common illness in digestive system all over the world, especially in China[1-9], and there are many methods to treat this illness[10-16], including many Chinese traditional medicines. Although some therapies were successful in the end, the best way to deal with the illness is to prevent it before it occurs. So it is important to clarify the key factors that promote the formation of gallstone. Although there were lots of researches in this field that intended to discover the secrets behind the gallstone[17-41], there are still lots of phenomena we cannot explain now.

For the mechanism of formation of pigment gallstone, the earliest suggestion came from Maki[42]. He indicated that bacterial infection induced the hydrolysis of conjugated bilirubin and increased the level of free bilirubin, which was the critical factor for gallstone formation. However, there are many cases of gallstone without bacterial infection. Moreover, the increase of bilirubin concentration is only an essential condition for the precipitation of bilirubin, but not enough to form stone.

Firstly, the attackers during inflammation are superoxide free radicals and hydroxyl radicals, then, how we can link the formation of pigment gallstone to these free radicals.

Secondly, whether or not bilirubin free radicals formed in situ during inflammation can induce cell damages and initiate the following pathological processes.

FORMATION OF BILIRUBIN FREE RADICAL AND ITS CHEMICAL NATURE

As we find, solid bilirubin absorbs oxygen reversibly when exposed to air, and meanwhile bilirubin free radicals are detectable by ESR[44]. ESR spectra showed that the free radicals signals of solid bilirubin were composed of a semiquinone signal and a superoxide radical signal (Figure 1). The former may be formed from the carbonyl group, while the latter may be bound with a metal ion, especially the iron that might be released from the haem from which bilirubin was produced. High spin Fe (II) or Fe (III) was found to be coordinated with four tetrapyrrol nitrogens, which was the same as in haem. Various free radical sources, such as FeSO4 + EDTA, XO/XOD and 60Co-irradiation were used to generate bilirubin free radicals. The ESR signals obtained were in accordance with those of natural pigment gallstone[45] (Figure 2). Moreover, the ESR signals of bilirubin became diminished after treatment with free radicals scavengers, such as SOD, mannitol and vitamin C, or ligand of Fe2+ or Fe3+[46]. 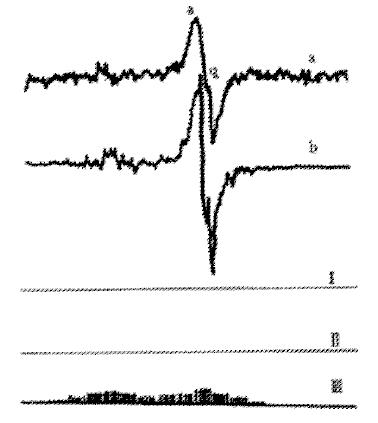 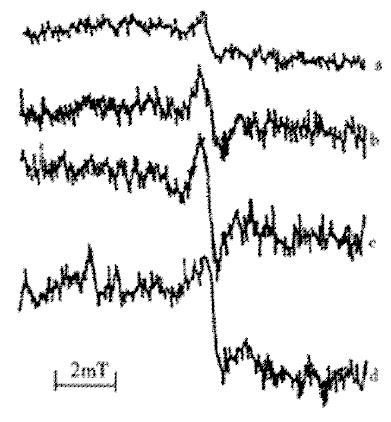 The above results support a mechanism suggested by Foote for photoxidation of bilirubin[47]: (where BR refers to bilirubin, and T1 represents the transition state of the reaction)

Bilirubin free radicals in solution were showed to be more complex than solid bilirubin free radicals. According to the ESR signals and computer simulation, it was deduced that the signals were composed of three groups of free radicals signals: ·H, O2·-, RCH2· (Figure 3)[48]. O2·- was from natural bilirubin, and the other two free radicals might be generated during attack of O2·- to C-C bond. In some experiments, only ·OH was trapped by DMPO, which was considered as the dismutation product of O2·-. In experiment at 77 K, semiquinone signal also could be identified just as in solid bilirubin. 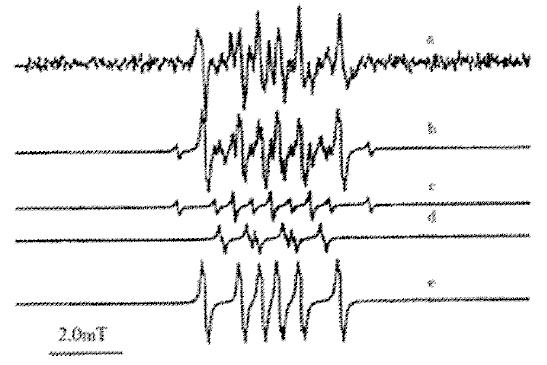 To explore the polymerization of bilirubin induced by free radicals, IR and NMR were used to compare the polymerization of original bilirubin or bilirubin treated with free radicals sources. The only significant variation in IR spectra was the decrease of the absorbance at 990 cm-1 (vinyl group). If the absorbance at 1610 cm-1 (carboxyl group) was taken as the inner reference[49], the ratio A990/A1610 was found to be 0.6470, 0.5646 and 0.5587 in untreated bilirubin and bilirubin treated with FeSO4 + EDTA and 60Co irradiation respectively. In NMR spectra, increase of the integral area of the methyl group (1.237 ppm) and decrease of that of the vinyl group (above 5 ppm) were observed (Figure 4). 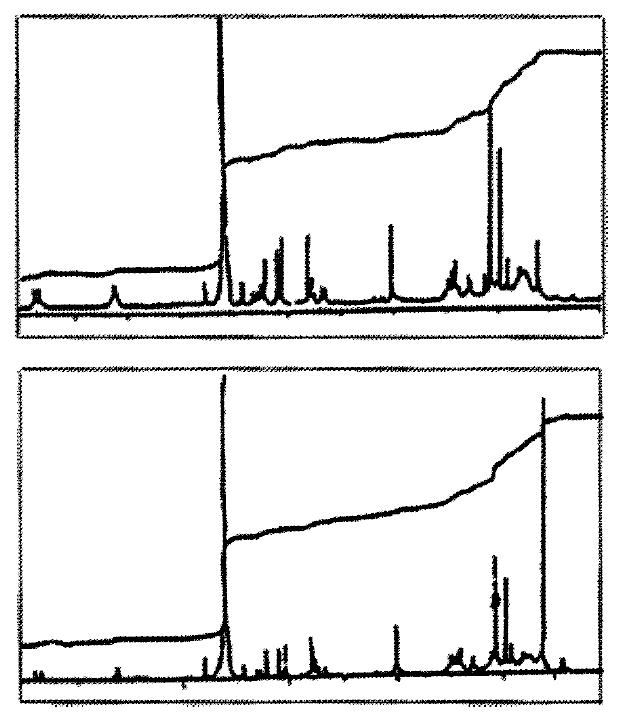 Figure 4 IH-NMR spectra of bilirubin. (A) commercial bilirubin (from Sigma); (B) bilirubin treated with 60Co.

Thus, we postulated that bilirubin molecules polymerized through the reaction between the vinyl group and the hydroxyl group by free radicals attack. This hypothesis was consistent with William’s suggestion[50].

Based on the above results, we considered that during the gallstone formation bilirubin reacted with the active-oxygen species formed in vivo and was changed into free radicals, then polymerized, aggregated and calcified. This might be an important step of formation of pigment gallstone.

It is well known that bilirubin is cytotoxic. In our experiments, we found that bilirubin free radicals could induce phospholipid peroxidation (LPO), lactate dehydrogenase (LDH) leakage from hepatocytes (Figure 5), and the decrease of intracellular total glutathione (GSH) and oxidized glutathione (GSSG) levels (Figure 6)[52]. 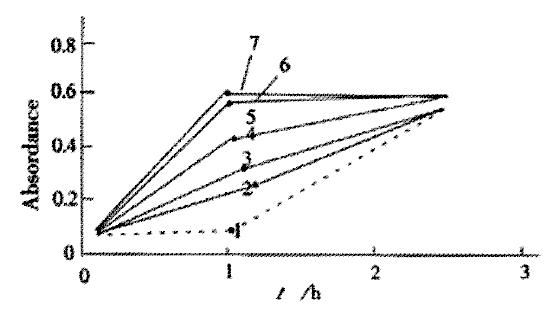 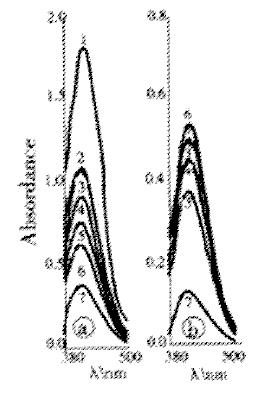 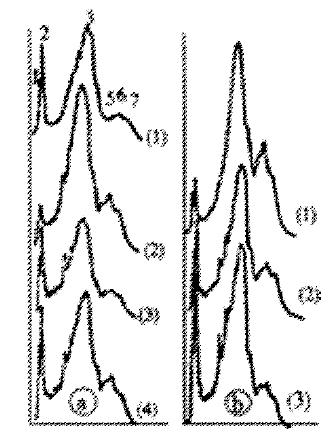 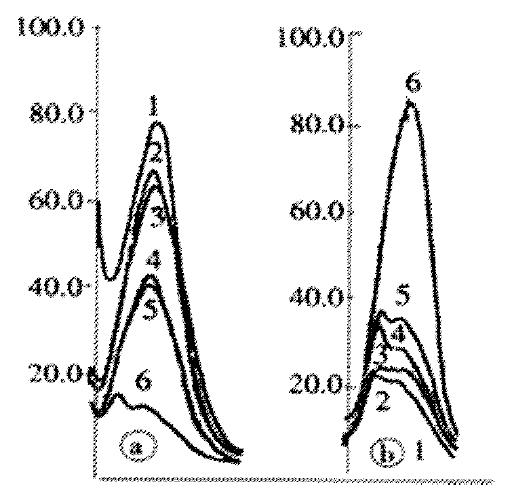 In summary, bilirubin free radicals can damage the liver cells, which can induce the change of ingredients of the bile, decrease the amount of bile acid. Meanwhile, the abnormal metabolism in hepatocyte can lead to hydrolysis of the conjugated bilirubin, increase the concentration of free bilirubin, thus make bilirubin supersaturated to the bile and promote the formation of pigment gallstone. Moreover, the cell damages caused by free radicals can also promote excretion of glucoprotein, which might act as adhesives and increase the particle size of calcium bilirubinate. 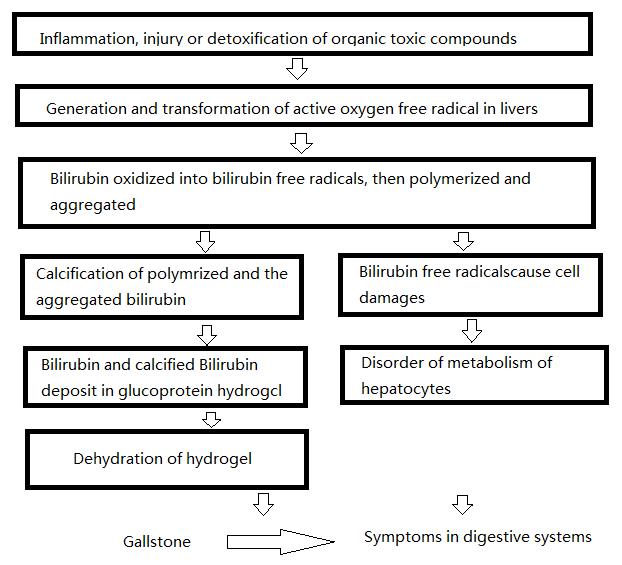