AIM: To explore dysregulation of cyclin E in malignancies, and to further investigate the role of cyclin E in Helicobacter pylori (H. pylori)-induced gastric precancerosis.

METHODS: Four-week-old specific pathogen-free male Mongolian gerbils were employed in the study. 0.5 mL 1 × 108 cfu·L-1 suspension of H. pylori NTCC11637 in Brucella broth was inoculated orally into each of 20 Mongolian gerbils, and a further 20 gerbils were inoculated with Brucella broth as controls. 10 of the infected gerbils and 10 of the non-infected control gerbils were sacrificed at 25, 45 wk after infection. The expression of cyclin E was analyzed by RT-PCR and immunohistochemical studies with monoclonal antibody to cyclin E in Mongolian gerbil of H. pylori-induced gastric precancerosis.

MATERIALS AND METHODS
Animals and preparation

Four-week-old specific pathogen-free male Mongolian gerbils, weighing (20 ± 5) g, were employed in the study. They were housed in individual metabolic cages in a temperature conditioned room (23 ± 2) °C with a 12 h light-dark cycle, allowed access to standard rat chow (provided by Experimental Animal Center, First Military Medical University) and water ad labium, and acclimatized to the surrounding for 7 d prior to the experiments. H. pylori (NTCC11637) was obtained from American Type Culture Collection and cultured on Brucella agar plates containing 70 mL·L-1 goat blood in a microaerobic condition (volume fraction; N2 : 85%, O2 : 5%, CO2 : 10%, in aerobic globe box) at 37 °C for 3 d. The strain was identified by morphyology, Gram’s stain, urease production and so on.

Suspension 0.5 mL 1 × 108 cfu·L-1 of H. pylori NTCC11637 in Brucella broth was inoculated orally into each of 20 Mongolian gerbils which had been fasted overnight, for 14 d continuously. A further 20 gerbils were inoculated with Brucella broth as controls. 10 of the infected gerbils and 10 of the non-infected control gerbils were sacrificed at 25, 45 wk after infection. The stomach of each animal was removed and opened for macroscopic observation. For half of each gastric antrum mucosa was dissected for RNA isolation. The remainders of the stomach samples were used for istological examination, which were fixed with neutral-buffered 100 mL·L-1 formalin and processed by standard methods that embedded in paraffin, sectioned and stained with haematoxylin for analyzing histological changes, Giemsa stain for detecting for H. pylori and Alcian blue (AB)/PAS stain for examining intestinal metaplasia.

Using Tripure isolation reagent (Boehringer Mannheim, Germany), total cellular RNA was isolated from previously frozen tissues according to the manufacturer’s instruction. All RNA samples were analyzed for integrity of 18 s and 28 s rRNA by ethiding bromide staining of 0.5 µg RNA resolved by electrophoresis on 12 g·L-1 agarose-formaldehyde gels. RT-PCR analysis was performed as follows. RNA was incubated at 60 °C for 10 min and chilled to 4 °C immediately before being reverse transcribed. Reverse transcription of 1 µg total RNA using antisense primers was performed in a volume of 20 µL for 40 min at 50 °C, containing 200 U MMLV reverse transcriptase, 1 × buffer RT, 1 MU·L-1 Rnasin, 0.5 mmol·L-1 dATP, dGTP, dCTP and dTTP respectively and 0.2 µmol·L-1 antisense primers including cyclin E and β-actin respectively. The samples were heated to 99 °C for 5 min to terminate the reverse transcription reaction. By using a Perkin-Elmer DNA Thermocycler 4800 (Perkin-Elmer, Norwalk, CT), 5 µL cDNA mixture obtained from the reverse transcription reaction was then amplified for cyclin E and β-actin. β-actin was used as the housekeeping gene and amplified with cyclin E as contrast. The amplification reaction mixture consisted of 10 × buffer 5 µL, 0.2 mmol·L-1 dATP, dGTP, dCTP and dTTP respectively, 2.5 U Taq DNA polymerase, and 0.2 µmol·L-1 each of sense and antisense primers in a final volume of 50 µL. The reaction mixture was first heated at 94 °C for 2 min and amplification was carried out for 29 cycles at 94 °C for 0.5 min, 53 °C for 1 min, 70 °C for 1.5 min, followed by an incubation for 7 min at 70 °C. The number of amplification cycles was previously determined to keep amplification in the linear range to avoid the “plateau effect” associated with increased numbers of PCR cycles. The PCR primers used were: cyclin E, sense 5’-TATGGCGACACAAGAAAATG-3’ and antisense 5’-GCAAGAGAAGACAGACAACG-3’; β-actin, sense 5’-CCAAGGCCAACCGCGAGAAGATGAC-3’ and antisense 5’-AGGGTACATGGTGGTGCCGCCAGAC-3’. The length of PCR products for cyclin E and β-actin was 770 bp and 587 bp. PCR products were run on a 15 g·L-1 agarose gel in 0.5 × TBE buffer and then analyzed by gel image analysis system. The level of cyclin E was reflected with the ratio of cyclin E/β-actin.

H. pylori was detected in gastric antrum and gastric body of all infected animals throughout the study, and more in gastric antrum than gastric body. By the 25th wk after infection of H. pylori, ulcers were observed in the antral and body of stomach (n = 6). Histological examination showed that all animals developed severe inflammation in the area close to ulcers; multifocal lymphoid follicles appeared in the lamina propria and submucosa; and there were mild atrophic gastritis in all infected animals. By the 45th wk after infection of H. pylori, severe atrophic gastritis (n = 10), intestinal metaplasia (n = 8) and dysplasia (n = 6) could be observed. Those metaplastic glands appeared more atypical than the surrounding nonmetaplastic and hyperplastic glands. Severe atrophic gastritis, intestinal metaplasia and dysplasia were gastric precancerosis. In the uninfected animals, there were no significant changes throughout the study. 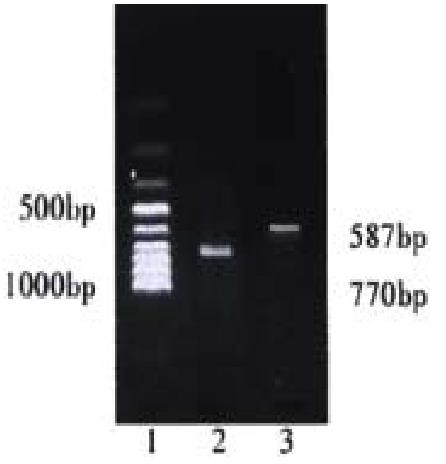 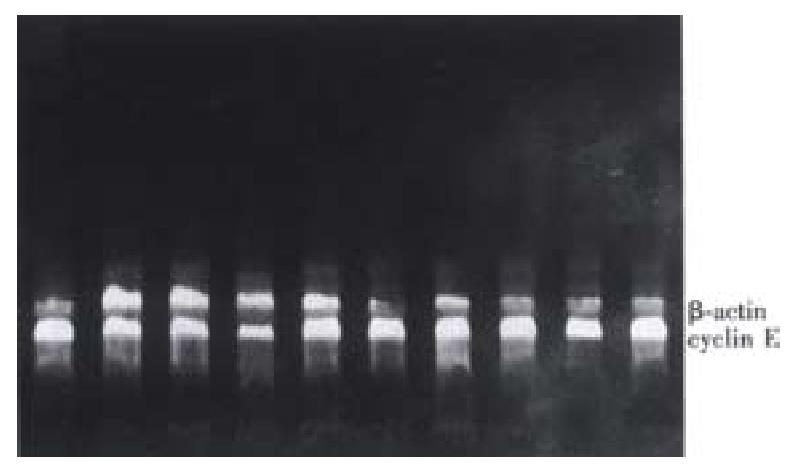 Figure 4 In 45 wk after infection of H. pylori.
DISCUSSION

H. pylori infection is now know as a major cause of acute and chronic active gastritis, peptic ulcer disease and atrophic gastritis and is also suspected to be involved in the genesis of gastric adenocarcinoma and mucosa-associated lymphoid tissue lymphoma[41-49]. In 1994, the International Agency for Research on Cancer (IRAC), a branch of the World Health Organization (WHO), convened experts from 11 countries to examine the evidence linking a number of infectious agents with human cancer. Although there is no direct proof that H. pylori is actually associated with gastric carcinogenesis, epidemiological studies have indicated that H. pylori infection plays an important role in gastric carcinogenesis in humans; H. pylori was designated as a definite carcinogen (group I) to the human stomach based on prospective case-control studies reported in 1991. Several experiments were conducted in Japan that demonstrated that chronic H. pylori-infection models of Mongolian gerbils developed gastric carcinoma. These results will be extremely significant to elucidate the mechanism of gastric carcinogenesis due to H. pylori infection[5,50]. Apoptosis, a programmed cell death, was ignored, just like H. pylori, only to reappear recently. However, the number of current publications dealing with apoptosis of H. pylori has increased exponentially. Although gastric epithelial apoptosis is a programmed physiological event in the superficial aspect of the mucosa and is important for healthy cell turnover, H. pylori infection reportedly promotes such a cell death sequence[51-52]. Because apoptosis regulates the cycle of cell turnover in balance with proliferation, dysregulation of apoptosis or proliferation evoked by H. pylori colonization would be linked to the gastric carcinogenesis[53-56].

In the present study, to explore dysregulation of cyclin E in malignancies, and to further investigate the role of cyclin E in H. pylori-induced gastric precancerosis, cyclin E mRNA level was measured by quantitative RT-PCR analysis in Mongolian gerbil gastric antrum mucosa. In addition, the expression and localization of protein product was analyzed by immunohistochemistry. Sample size requirement for obtaining sufficient amounts of RNA for RT-PCR analysis did not allowdetection of either cyclin E mRNA level in any specific type of preneoplastic lesions. However, using immunohistochemical technique, cyclin E protein expression in preneoplastic lesions was observed from paraffin-embedded tissue sections. Cyclin E mRNA levels were increased 2.2-fold at 25 wk and 3.1-fold at 45 wk precancerosis induced by H. pylori, when compared with normal gastric epithelium of Mongolian gerbil. Immunohistochemical staining revealed exclusive nuclear staining of cyclin E. Furthermore, there was a sequential increase in cyclin E positve cells from normal epithelium to precancerosis. The present study indicated that expression of cyclin E increased from normal epithelium to precancerosis, dysregulation of cyclin E expression occurred relatively early in gastric tumorigenesis in this model and might participate in tumor progression. These findings suggested that H. pylori-induced gastric precancerosis was associated with dysregulation of gastric epithelial cell cycle. Further studies were needed to delineate the mechanism of these alterations.