AIM: To analyze the characteristics of ulcerative colitis (UC) in China.

METHODS: From 1981 to 2000, a total of 10218 patients of UC reported in Chinese medical literature and including our cases diagnosed were analyzed according to the diagnostic criteria of Lennard-Jones.

CONCLUSIONS: In China, number of UC patients increased significantly in the past 10 years. Lesions are commonly located to left side colon. The course is short with rare extraintestinal manifestations. The age of onset is relatively high. Males and females are nearly equally affected. No negative relation was found between smoking and severity of the disease. Familial relatives are rarely involved Traditional Chinese medicine(TCM) is widely used in the treatment of UC.

Ulcerative colitis(UC) was first described by Wilks in 1859. In China, the first case of UC was reported in 1956[1]. The diagnostic criteria of UC was published firstly in1978 and was revised in 1993 on the National Conference of Chronic non-infective Diarrhea Disease in Taiyuan city, China[2-4]. The criteria are similar to Lennard-Jones, on the three major aspects: mainly by exclusion. A multi-center study was set up in Chinese PLA General Hospital of Jinan Command (Shandong province, China) in 1999, with eight comprehensive hospitals from different areas using unique diagnostic criteria and method treatment[1].

UC was thought to be infrequent in China in the past, however, it was increasing over the last 20 years[1,2,5]. Figure 1. No precise statistics are available in China, in our hospital, 57 cases were admitted from 1981 to 1990, whereas 213 cases were hospitalized from 1991 to 2000[1]. According to the statistics of World Digestology Network(http://www.wd.org.cn) data base, more than 1560 Chinese papers on this subject were published in the past 20 years, of which, 102 articles were published on World Chinese Journal of Digestology (founded in 1993) and World Journal of Gastroenterol,ogy(founded in 1995), regarding the animal model[6-16], etiology and pathogenesis[17-36], diagnostic criteria[1-4] and results of treatment, etc[37-102]. Of these 1560 papers, a total of 10218 patients of UC were reported in Chinese medical literature including those diagnosed in our hospital. 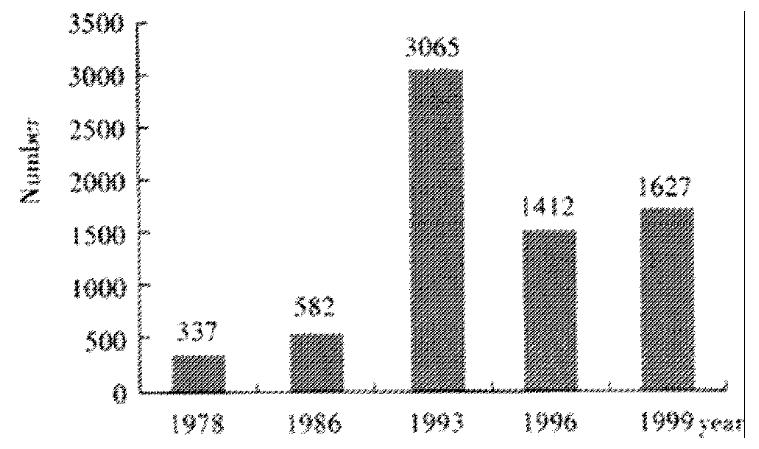 Figure 1 Cases reported on the conferences in China.
MATERIALS AND METHODS

The diagnosis of UC was based on endoscopic or radiological findings and mucosal biopsies or surgical pathology using Lennard-Jones criteria. Only those verified were included in the study. A total of 10218 patients of UC reported in Chinese medical literature including ours according to the diagnostic criteria of Lennard-Jones were analyzed. Ridit test was used, a value of P<0.05 was regarded as statistically significant.

In our 270 patients, 36 patients (30 male, 6 female) had histories of smoking(more than 20 cigarette one day), there was no negative association between the severity of UC and smoking(P > 0.05, Table 1), 21 smokers were followed up for one year, 15 of them had given up smoking when the disease were diagnosed, and one year later, 7 patients relapsed, another 6 patients continued smoking, and one year later, 2 patients relapsed. 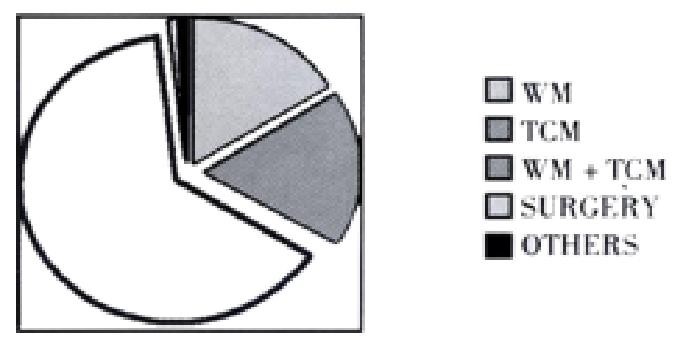 The characteristic features of UC in China are as follows:

UC increased significantly in the past 10 years

The incidence of UC varies greatly in different geographical areas of the world[90-92,95,101-102]. A high incidence is seen in Northern Europe and North America. In the western world, a sharp rise in the incidence of UC has been observed since early 1950s[95], and now the incidence is stable. UC has been thought uncommon in China, however, an analysis of 1560 papers and 10218 cases indicate that the incidence is rising in recent years. From 1981 to 1990, 2506 patients were diagnosed while 7512 patients were diagnosed from 1991 to 2000. The number of cases increase by 3.08 times in the past 10 years. This is due to increasing awareness, better health care and improved study diagnostics. However, it may also be a real increase, reflecting changes in life style and dietary composition. These may shed some light on the role of environmental factors in the etiology of UC[1].

In China, UC is usually restricted to the rectum, sigmoid and descending colon, proctocolitis are common. Our data showed 92.7% were restrict to left colon(70.20% proctosigmoiditis/ proctitis, 22.50% left-sided colitis), 7.30% pancolitis, the later was commonly seen in the Western countries[101].

The course of illness is shorter with less extraintestinal manifestations

Occasionally, the disease may present as a single mild episode of diarrhea, but may at anytime relapse. In China, 34.8% were first presentation, 52.6% chronic relapsing, 10.7% chronic persistent, only 1.9% acute fulminant. Usually, the history revealed months or years of general ill health with continuous or intermittent diarrhea. In China, among that, the course of UC is commonly less than 5 years(75.5%), only 9.1% more than 10 years. Symptoms may be mild, systemic complications are rare, only 6.1% has extraintestinal manifestations, much less than that in the Western countries[99].

The onset of illness is relatively higher

The reports on sex difference are variable, but there seem to be a tendency to a male preponderance especially in high incidence areas. Our data suggest that the male to female ratio was 1.09, with nearly equal frequencies.

No relation between smoking and severity of illness

Smoking is the only consistent risk factor in case-control studies of UC, and there is no apparent relation seen between ulcerative colitis and cigarette smoking in our cases.

Genetic study of UC are rarely performed in China. In our 270 UC patients, 4 patients(1.48%) from 2 families had family history of UC, which is much rarer than expected. The familial tendency may be much lower than that seen in western countries[91,102].

Traditional Chinese medicine are widely used for the treatment of UC

SASP, is still the major drug used for the treatment of UC in China, which is effective in inducing remission and maintenance in mild-to-moderate cases. 5-ASA is too costly, corticosteroids are more commonly used, whereas 6-MP is only used by some authors. Heparin or oral low molecular weight heparin has been found to paradoxically induce remission in occasional patients with corticosteroid-resistant UC in China[48,57,60]. In China, herb medicine as heartleaf houttuynia[12,13], has been widely used in patients with mild-to-moderate disease, as well as an adjunct to patient with moderate-to-severe disease. Combined Chinese and western medicine is the predominance treatment in China.