AIM: To study the influence of inducers BNF and PB on the stere oselective metabolism of propranolol in rat hepatic microsomes.

METHODS: Phase I metabolism of propranolol was studied by using the microsomes induced by BNF and PB and the non-induced microsome as the control. The enzymatic kinetic parameters of propranolol enantiomers were calculated by regression analysis of Lineweaver-Burk plots. Propranolol concentrations we re assayed by HPLC.

Propranolol is a nonselective β-adrenergic blocking agent and widely used in clinic as a racemic mixture of R (+) and S (-) enantiomers. It is extensively metabolized and only a small amount of the drug is excreted unchanged[1,2]. As a beta blocking agent, the optical isomers of propranolol exert different beta receptor blocking and membrane stabilizing effects[3], therefore its stereoselective metabolism is of clinical importance. Propranolol is metabolized into a number of products in vivo. These products arise from naphthalene-ring hydroxylation[1], N-dealkylation of the isopropanolamine side-chain and side-chain o-glucuronidation[4,5]. When the influence by the hepatic blood flow[6] and oxygen delivery[7] in vivo is not considered, the metabolism by monooxygenation is mainly responsible for propranolol elimination in hepatic microsomes and O-glucuronidation was shown to be a minor pathway in vivo[2] and in vitro[5].

MATERIALS AND METHODS
Chemicals and solutions

Tris-HCl buffer ( 0.1 mol/L, pH 7.4 ): 1.21 g of Tris-hydroxymeth yl aminomethane was dissolved in 60 mL of water. The solution was adjusted to pH 7.4 by concentrated hydrochloride acid and then diluted with water to the desired volume of 100 mL. This solution was used to prepare rat hepatic microsome.

Ammonium acetate buffer: 4.0 g of ammonium acetate was dissolved in 10 mL glacial acetic acid and then diluted with water to the desired volume of 1000 mL ( pH 4.0 ). This solution was used to prepare mobile phase.

Sprague-Dawley rats ( male, 160 g-200 g ) were divided into three groups. One group received i.p. injection of sodium PB dissolved in physiological saline (0.9% NaCl) (80 mg/kg·d) for 3 days, another group, BNF in cornoil (80 mg/kg·d) for 3 days and the last group received nothing as the non-treated control. About 24 h after the last treatment and with no food supplied for 16 h before taking the livers, the rats were sacrificed by decapitation. Liver samples were excised and perfused by the ice-cold physiological saline to remove blood and homogenized in ice-cold Tris-HCl buffer. Hepatic microsomes were prepared with the ultracentrifugation method described by Gibbson GG et al[11]. All manipulations were carried out in a cold bath. Pellets were re-suspended in sucrose-Tris buffer (pH 7.4) (95:5) and immediately stored at -30 °C.

Protein concentrations of the microsomal preparations were measured by the method of Lowry et al[12] using arystalline bovine serum albumin as the protein standard.

0.5 mL incubation mixture containing 1 mg/mL microsomal protein per milliliter (85 mmol/L Tris-HCl buffer (pH 7.4), 50 mmol/L nico tinamide, 15 mmol/L MgCl2, 3 mg/mL DL-isocitric acid tri-sodium salt, 0.4 units/mL isocitric dehydrogenase) was used Phase I metabolism was performed with 0.5 mL of the mixture bubbled with oxygen for 1 min and R (+) or S (-)propranolol enantiomer as the substrate. After 5min pre-incubation under air at 37 °C, reaction was started by adding 10 µL of NADPH regenerating system (10 mg NADP and 3 mg NADPH in 100 µL of 1% NaHCO3). The reaction was stopped after the indicated time by adding 0.5 mL of methanol and centrifuged at 4000 r/min for 10 min. 10 µL of the supernatant was sampled into HPLC.

A HPLC procedure was established to assay propranolol enantiomers in rat hepatic microsomes. After the termination of the reaction with methanol, 10 µL of the sample was applied to a reversed phase column (Shim-pack CLC-ODS 15 cm × 0.6 cm id, 10 µm particle size). Propranolol was monitored with a UV detector at 290 nm. The mobile phase was made up with ammonium acetate buffer (pH 4.0)-methanol ( 50:50 ). The flow rate was 1.0 mL/min. Figure 1 shows the typical elution of propranolol in incubation solution. 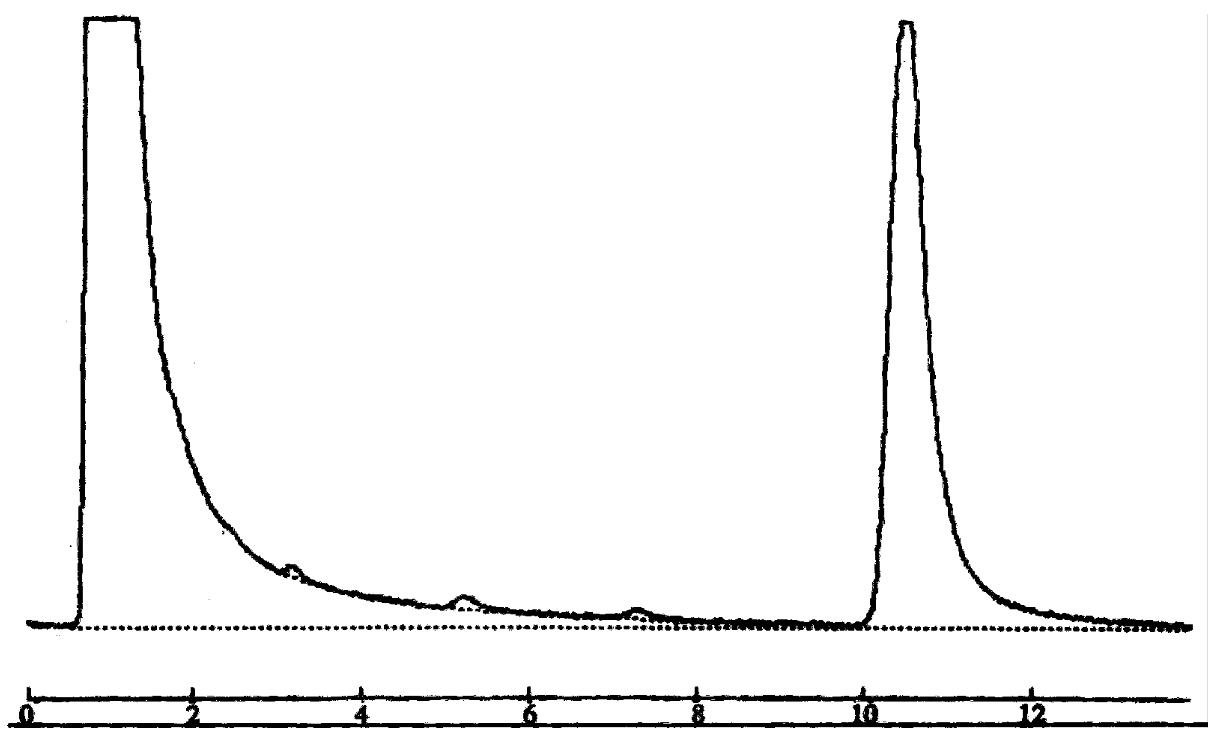 Figure 1 Chromatograms of propranolol after incubati on with rat hepatic microsome. A Shim-pack CLC-ODS column (15 cm × 0.6 cm i.d.) was used. The mobile phase was constituted with ammonium acetate buffer (pH 4.0)-methanol (50:50) with flow rate at 1.0 mL/min. Propranolol was monitored at 290nm. Propranolol: tR = 10.1 min.
Statistical analysis of the data

The maximum velocity (Vmax) and the Michaelis-Menten constant (Km) values for propranolol were determined by regression analysis of Lineweaver-Burk plots. The -x ± s of three determinations of Vmax and Km was calculated for each substrate and metabolic reaction. Intrinsic clearance was calculated by the ratio of Vmax/Km. The statistical difference between propranolol enantiomers was tested using an unpaired t test.

Precision and accuracy The spiked drug-free microsomes at 3 concentration levels (60 μmol/L, 120 μmol/L and 240 μmol/L) were assayed following the procedure of 2.1.1. Results were listed in Table 1.

Concentration-time curves and variation of the ratio of R (+)/S (-) propranolol concentration in microsomes after incubation of different time Phase I metabolism was performed with 0.5 mL of the mixture and 60 μmol of propranolol enantiomers as the substrate. The incubation procedure was carried out according to 1.3. and 1 mL of methanol was added to stop the reaction at 0, 40, 80, 160, 320 min respectively. The mixtures were then analyzed by HPLC. Results are shown in Figure 2 and Table 2.

Enzymatic kinetic parameters for propranolol metabolism in liver microsomes from control, BNF and PB induced rats The enzymatic kinetic parame ters of propranolol enantiomers were calculated by Lineweaver-Burk method with the substrate concentrations of 20 μmol/L-600 μmol/L in three forms of rat hepatic microsomes after 10 min incubation (1.3).The results were listed in Table 3.