AIM: To investigate the predictors for recurrence or metastas is of HCC, and to evaluate the effect of antiangiogenic therapy on the growth of transplantable human HCC in nude mice.

METHODS: RT-PCR was used to measure the expression of matrix metalloproteinase-9 (MMP-9) and vascular endothelial growth factor (VEGF) in 56 pairs of nontumorous liver and tumor samples. Sixty blood samples from human HCC were examined by nested RT-PCR to find out AFP mRNA. Recombinant human endostatin and polyclonal antibody against VEGF were administered to treat human HCC transplanted in nude mice.

Hepatocellular carcinoma ( HCC ) is a common cancer in China and in other Asian countries or in south part of Africa. Although some advances have been achieved in the diagnosis and treatment of HCC, the long-term outcome for patients with HCC is still very poor[1]. The prognosis for HCC depends mainly on the clinico-pathological characteristic regarding invasion and metastasis. The major obstacle to the improvement of the prognosis for HCC is the high incidence of recurrence or metastasis after routine surgical treatment or transcatheter arterial chemoembolization (TACE). Therefore, the following prospective study was designed to inves tigate molecules responsible for postoperative recurrence of HCC by focusing on matrix metalloproteinase-9 (MMP-9) and vascular endothelial growth factor (VEGF). Furthermore, we also studied the detection of hematogenous spreading of HCC cells at a relatively early stage, and the experimental anti-angiogenic therapy for HCC in an animal model.

Tumorous and nontumorous liver samples were obtained from 56 HCC patients who underwent hepatectomy. Peripheral venous blood samples were collected from 60 patients with HCC and 30 subjects as control (10 patients with liver cirrhosis and 20 healthy donors). Recombinant human endostatin and polyclonal antibody against VEGF were used to treat HCC transplanted in nude mice.

Assay of PCR production A volume of 7 µL PC R products was added in 1.5% agarose gel containing 0.5 µg/mL EB, after electrophoresis, the gel was placed under ultraviolet ray to analyze the results. The density and area of each band were measured using Image Master VDS software (Pharmacia, Sweden). The relative mRNA level of VEGF of MMP-9 gene in tumor or nontumorous tissues was calculated using the house-keeping gene β2-MG as an internal control.

Nested RT-PCR amplifying human AFP A 5-mL heparinized blood sample from each patient was taken for AFP mRNA determ ination. Cell pellets were obtained from heparinized blood samples. The total RNA was extracted with TRIzol and resuspended in RNAase-free water. Reverse transcription was performed using random primers and PCR using specific AFP primers. β2-microglobulin mRNA was co-amplified during the RT-PCR test as an internal control. The 25 µL of first PCR mixture containing external sense and antisense primer for AFP were subjected to 40 cycles PCR amplification using protocol TOUCHDOWN in PTC-100 programmable thermal cycler (MJ Research, USA). A volume of 8 µL PCR products was added in 2% agarose gel for electrophoresis. If no specific band of 176 base pairs was observable, 2 µL PCR product was ream plified with internal primers. The final product was electrophoresed on 2% agarose gel for the specific band of 101 base pairs.

The polyclonal antibody against human VEGF was prepared in our lab. Briefly, the recombinant human VEGF165 was expressed in a prokaryotic system, which was administered as antigen to stimulate the production of antibody against VEGF in rabbits. The antiserum was purified using affinity chromatography column of Sepharose CL-4B-VEGF.

VEGF expression in HCC not correlated with tumor recurrence 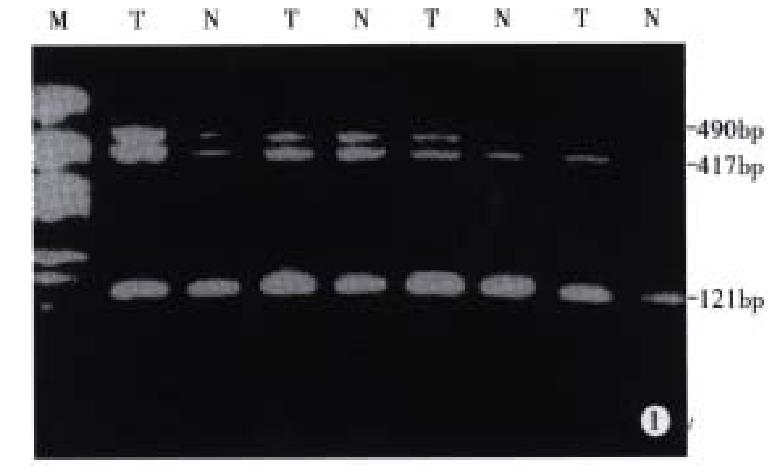 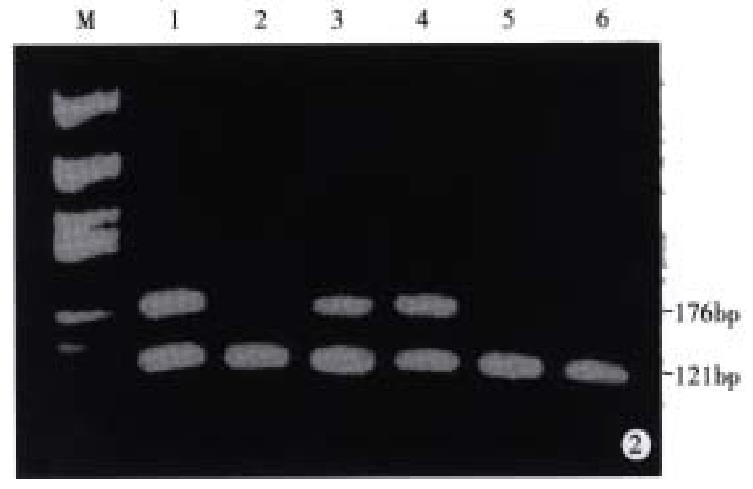 The long-term outcome of patients with HCC is still very poor. The major obstacle to the improvement of prognosis for HCC patients is the high incidence of pos toperative recurrence or metastasis. The five year recurrence rate in liver can cers is as high as 40%-70%[2]. Therefore, it is very important to investigate the molecular changes that correlate with recurrence or metastasis of HCC, which is useful to screen HCC patients with high risk of recurrence. Furthermore, the early detection of hematogenous spreading of HCC cells or recurrent lesions and the effective management of recurrent lesions are also important steps to improve the therapeutic effects. We performed a series of study on the recurrence or metastasis of HCC by focusing on some key steps mentioned above.

Metastasis is the spread of cancer from a primary tumor to distant sites of the body and is a defining feature of cancer. Escape of cells from the primary tumor, intravasation and extravasation are some necessary steps in the process of cancer metastasis[3]. There are a series of collagen containing structural barriers that cancer cells must pass in all steps mentioned above. MMPs are a family of secreted or transmembrane proteins that are capable of digesting extra cellular matrix and basement membrane. MMP-9 is believed to be capable of degra ding type IV collagen, which is a major constituent of basement membrane[4]. Highly invasive tumor cells then, would be expected to secrete large amounts of proteolytic enzyme. The results presented here indicated that MMP-9 mRNA was expressed more frequently in HCC tissues than in corresponding nontumorous ones, and that the degree of MMP-9 mRNA expression in tumors was elevated in 30 of 38 samples with transcripts for MMP-9 compared with corresponding nontumorous tissues. With regard to the correlation of MMP-9 mRNA and tumor recurrence or metastasis, the tumors with high level of MMP-9 expression were more susceptible to relapse or metastasis than those with low level of MMP-9 expression. These results revealed that MMP-9 is an important molecule which participates in the invasion of HCC. MMP-9 expression in HCC is of prognostic significance. MMP-9 can also serve as a potential target for prevention and treatment of tumorr ecurrence or metastasis.

Angiogenesis, the recruitment of new blood vessels, is required for the primary and metastatic tumors to grow beyond minimal size[5]. Vascular endothelial growth factor (VEGF) is an important factor which can promote the proliferation of endothelial cells and the development of new blood vessels[6]. In the present study, we investigated the expression of VEGF mRNA in HCC, we also examined the correlation between VEGF mRNA expression and the recurrence or metastasis of HCC. We found that VEGF mRNA was expressed in most of HCC specimens and nontumorous liver tissues (87.3% vs 67.9%). Fifty-two percent HCC specimens exhibited stronger expression of VEGF mRNA in tumorous tissues than in nontumorous ones. No apparent correlation was observed between VEGF expression and tumor size or the grading of tumor differentiation. There was also no significant correlation between VEGF mRNA expression level and tumor metastasis. In addition, the growth of HCC could be inhibited by antibody against VEGF. All these data indicated that VEGF may be involved in the growth of HCC, however, the level of VEGF mRNA expression cannot reflect the potential metastasis of HCC, namely, even if VEGF expression is not strong in HCC, tumor recurrence or metastasis may also occur.

Escape of cells from primary tumor into blood circulation is an indispensable step in the process of blood borne metastasis. The detection of tumor cells in per ipheral blood by means of RT-PCR is a very attractive hypothesis[7]. The oretically, the test could be useful in assessment of prognosis and in predicting the increased probability of metastases. We choose the RT-PCR mRNA AFP as an indicator of liver cells to determine the clinical relevance of the test. Thirty-two of sixty HCC patients involved in this study has positive AFP mRNA test re sult. One tenth patients with liver cirrhosis and 1/20 healthy donors had positive AFP mRNA in peripheral blood. These data suggested that AFP mRNA in peripheral blood is a sensitive marker of presence of HCC cells in circulation, although false positive results may appear occasionally. The frequency of positive cases in patients with metastases was significantly higher than that in patients without occult metastases at collected samples (93.9% vs 29.7%), which indicated that the presence of AFP mRNA in peripheral blood correlated with metastasis of HCC. Six of 11 patients who were AFP mRNA-positive and metastasis-free at collected samples had clinically evident recurrence or metasta sis later. Among 26 negative AFP mRNA, metastasis-free patients, 22