Hepatitis B virus (HBV) is a DNA virus with an envelope, its membrane protein gene preS/S have three parts-preS1, preS2 and S, there is a translation initiation codon ATG in each of them. By different ATG, the membrane protein gene can be translated into three kinds of products, i.e. the large protein ( preS1 + preS2 + S ), medium ( preS2 + S) and small (S) (also called primary protein). In patients with acute hepatitis B, PreS antigen occurred together with other HBV markers and parallels the level of HBV DNA. Disappearance of PreS antigen predicts a benig n outcome[1]. Its presence in chronic hepatitis B is somewhat correlated with HBsAg, the ratio of PreS1/HBsAg antigen titers can reflect the level of DNA replication[2]. Meanwhile, the PreS domain in the membrane prote in include the binding sites for hepatocyte receptor and a number of epitopes of B cells and T cells. The PreS domain possesses very strong immunogenicity in mouse and man. In mice with consanguinity, the PreS domain can induce broad-spectrum protective antibodies and overcome their nonresponsiveness to protein S. In human body, it has been proved the PreS domain is an effective immunogen at both B and T cell levels. The antibodies directing against synthetic peptides (PreS: 21-47 ) mimicking receptor-binding sites can protect chimpanzee from HBV infection[3]. During the disease course appearance of antibody against PreS1 is considered an early marker for elimination of HBV infection[4,5]. Therefore PreS antigen/ antibody is a pair of important indexes for diagnosis of hepatitis B. As one part of a research project granted by the EC Foundation, we have prepared a recombinant PreS protein with high purity, a polyclonal anti -PreS antibody and established the ELISA method for detection of PreS antigen, preliminary clinical studies had been carried out.

They were provided by the Central Blood Bank of PLA units under Beijing Command and No.301, 302 Hospitals of PLA.

The engineered E. coli for hepatitis B viral PreS/2 recombinant antigen was provided by Department of Virology, Max-Plank Institute of Biochemistry, Germany. The PreS1/2 recombinant antigen containing PreS1:10-108 PreS2: 1-55/S1-22 (ayw subtype) was expressed by using pQe8 (Quiagen) expression vector and six histidin residuals were fused to the N-terminal of the product, which was purified by affinity chromatography using Ni-NTA agarose column (Quiagen) to a purity above 95%. The purified protein was stored at -20 °C for use.

New Zealand large-ear white rabbits were immunized by four injections of renatured PreS recombinant antigen, once each on the wk 0, wk 2, wk 7 and wk 11. One hundred micrograms of the antigen were injected subcutaneousl y on multiple sites at one time. In the first injection, Freund’s complete adju vant was used, while Freund’s incomplete adjuvant was used in the latter three injections. Blood samples were obtained before each booster injection for determ ination of serum antibody titer. Serum was separated from blood samples. The anti-PreS sera were purified using Protein A Sepharose 4B Fast Flow affinity adsor ptiongel column and was stored at -20 °C for later use.

Preparation of ELISA plate for detection of PreS antigen

The ELISA plate was coated with purified rabbit anit-PreS polyclonal antibody at a concentration of 10 mg/L at 4 °C stored overnight. After blockage with 1% BSA and dilution, the plate was vaccum-dried. then it was stored at 4 °C for later use. When it is used, test blood sample (50 μL) was added and incubated at 37 °C for 30 min. After washing, the enzyme -labelled anti-HBs monoclonal antibody was added and incubated at 37 °C for 30 min after washing, OPD color developer was added to develop the color by protecting from light at 37 °C for 10 min, then 2 mol/L H2SO4 was added to terminate the reaction. The 492 value was determined using DG3022 Enzyme Labelling Instrument. When the D value of the test sample was ≥ the average positive value × 0.08, it was taken as positive, otherwise, as negative.

The PreS-positive sera were diluted with serum-diluting solution containing purified rabbit anti-PreS antigen polyclonal antibody ( 20 mg/L ). After incubation at 37 °C for 1 h, the diluted sera were placed at 4 °C overnight. The n 100 μL of the sera were taken out and were added to the ELISA plate coated with rabbit anti-PreS1 antibody. After that the plate was incubated at 37 °C for 30 min. The rest steps were carried out by following the routine. The neutralizing inhibition rate ≥ 50% was taken as positive.

Using pQe8 expression vector, the vector pQePreS1/2 expressing HBV ayw subtype including PreS1 and PreS2 gene fragments was constructed. After incubation, PreS1/2 protein with the relative molecular mass of 22000 (including three parts-PreS1:10-108/preS2:1-55/S1-22 ) was expressed. There were six histidine residues binding to the N-terminal of the product, the quantity of the recombinant protein expressed amounted to about 10% of the whole bacteria. The PreS1/2 existed mainly in inclusion bodies. The inclusion bodies were dissolved by denaturant and were purified on Ni-NTA agarose column. A purity over 95% was achieved. From 1 L cultured bacteria, 10 mg purified prote in could be obtained. Then the denaturant was removed from the purified protein in the course of renaturation.

Using routine methods, rabbits were immunized with renatured recombinant PreS1/2 antigen and the titers of their immune sera against the recombinant prote in were determined by ELISA. Rabbit sera of blood samples taken before immunization served as the negative control (D value < 0.01 ). The titer of antibody directing against PreS1/2 antigen in rabbit sera reached 1:128000, 1:512000, respectively on 40 d, 60 d after first immunization. In order to identify the immunogenicity of different components of the recombinant PreS1/2 antigen, recombinant PreS2 (PreS2: 1-55/S:1-9) and PreS121-47 synthetic polypeptides were also used in determination of the serum titer on d40 ( Figure 1 ), and the result indicated in the immune sera the titers of antibodies directing against PreS1 polypeptide and PreS2 antigen were similar. 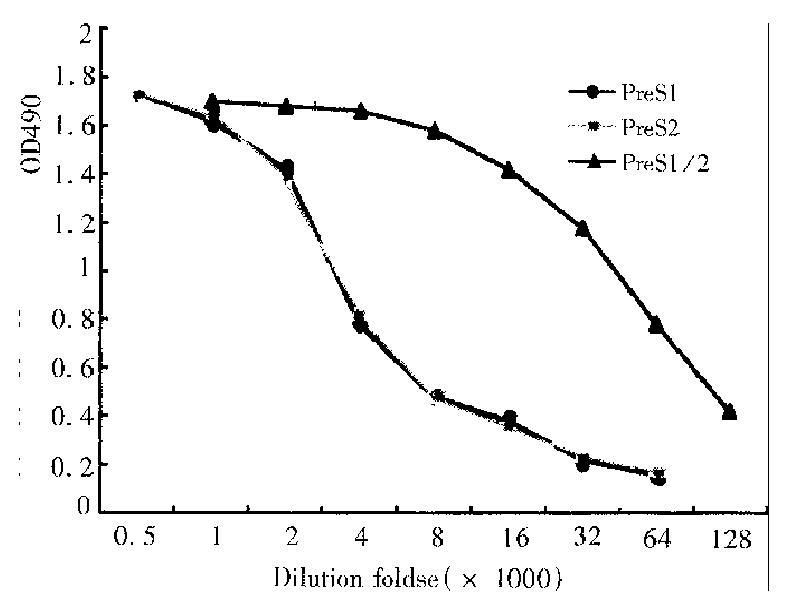 Figure 1 The immunogenicity of different components of the recombinant PreS1/2 antigen
Establishment of a detection method for PreS antigen and determination of its sensitivity, specificity and preciseness

Using purified anti-PreS1/2 polyclonal antibody a double antibody sandwic h ELISA method for detecting PreS1/2 antigen was established. The anti-ser a of rabbits immunized with PreS1/2 were purified by using Protein A Sep harose 4B Fast Flow affinity adsorption gel column. Then 10 mg/L of the purified antibody was used to coat ELISA plate to adsorb HBV viral particles present in the sera and PreS1/2 antigen on the subunit particles. The specifically absorbed particles were detected with enzyme labeled anti-HBs antibody. This method was used in determination of purified Dane particle sera. Along with multiple proportional dilution, the D values of reaction wells decreased successively and the dilution titer of the sera could be up to 1:2048, corresponding to detection of 5000 HBV viral particles per mL. Purified Dane particle sera and 99 hepatitis C patients’positive sera were detected and the result of the former was positive, whereas that of the latter was negative. Neutralization of PreS antigen-positive patients’ sera with purified rabbit anti-PreS antibody resulted in competitive inhibition all rates reached over 80%.

The PreS domain of HBV protein locates on the surface of HBV particle and can induce protective antibody in human body and in mouse. In the literature it is reported that the elimination of PreS antigen from serum patients with acute hepatitis B can foresee the disappearance of clinical symptoms. For patients with chronic hepatitis B, persistent existence of PreS in serum indicates progression of the disease course. In the meantime, monitoring PreS1/2 antigen has also important significance for evaluation of curative effect of antiviral therapy in the se patients.

Most investigators have established detection methods for PreS antigen by using anti-PreS monoclonal antibody. This study used highly expressed in Escherichia coli and purified HBV PreS antigens, which cover the whole PreS2 domain and the most parts of PreS1 domain. Three experimental results indicate that the re comb inant PreS antigen is also a good immunogen in rabbit. In rabbit anti-PreS sera, the titer of antibody directing against PreS1:21-47 basically equal to the o f antibody directing against PreS2: 1-55. A method of detecting PreS antigen established by using purified rabbit polyclonal antibody is predicted to be able to determine simultaneously PreS1 and PreS2 antigens in serum of patient. By using this method, we have detected preliminarily PreS antigen in HBeAg positive and anti-HBeAg positive and the results show that the detection frequency of PreS antigen is relatively high in both situations. Statistical analysis indicates that the presence of PreS antigen in serum is independent of the existence of HBeAg ( χ2 = 12.59, P < 0.01).