In our study in the rabbit with the lymphatic corrosion cast with Mercox and semithin section methods we investigated the relationship of the three-dimensional organization with the drainage of the stomach lymphatics, which may provide the evidences of lymphology, pathology and the clinical medicine.

Twelve rabits of both sexes were used, two of them, undergone the procession of the seemitin section of electron microscopy, were observed under light microscopy. The other ten were used for the lymphatic corrosion casts.

The Mercox (CL-2B-5, Japan Velene Hospital, Tokyo,) diluted to 25%-30% (V/V) with methyl methacrylate monomer was injected in and around the mucosal submucosal, layers of the stomach. Shortly before the injection, a curing agent (MA. Japan Vilene Hospital Tokyo) was added to the injection medium to give a concentration of 1% (W/V). The injected parts of the stomach were removed and placed in a hot water bath (60 °C) for 3 h. They were put in concentrated NaOH (15%-20%) at about 60 °C until tissue elements were completely corroded away. The lymphatic corrosion casts were cut into blocks and observed under a SEM (S-520) (with an accelerating voltage of 10-15 kv).

RESULTS AND DISCUSSION
The lymphatic of mucosal and submucosal layers 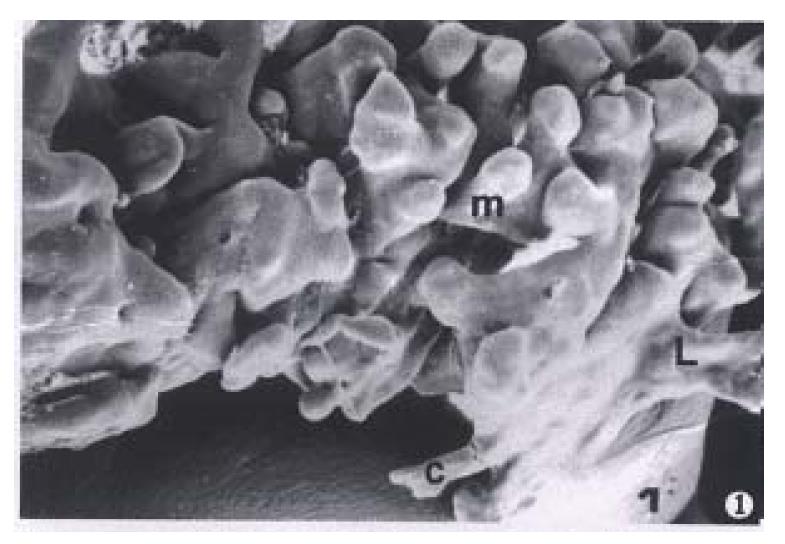 Figure 1 The intergland circular cones of tunica mucosa (m) the lymphatic capillaries (c) and the lymphatics (L) of the tela submucosa. SEM × 150 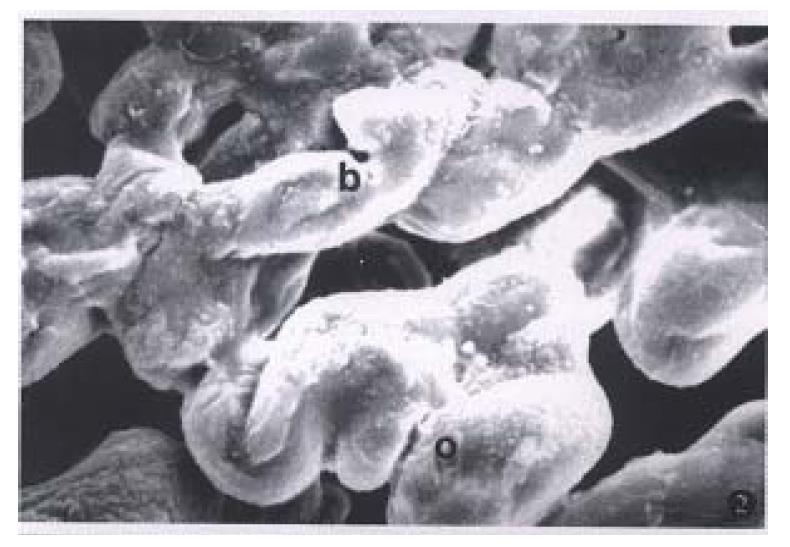 The lymphatics of the tunica serosa 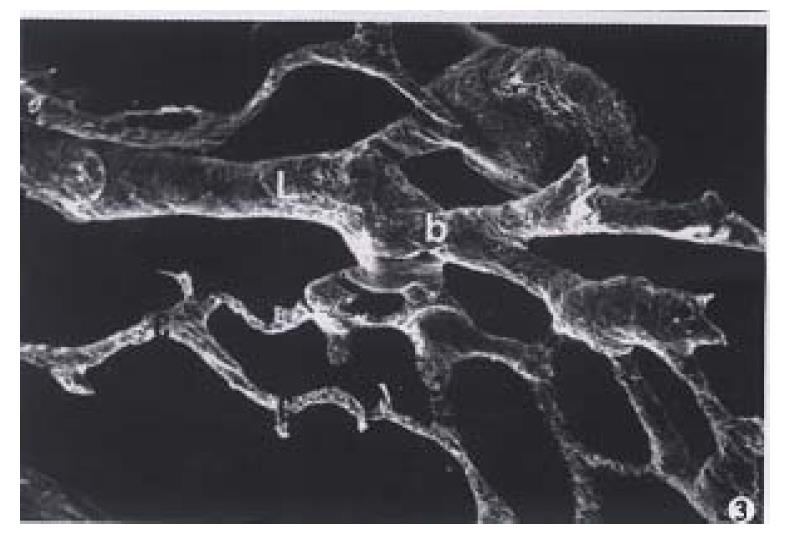 Figure 3 The lymphatic capillaries (c) and the lympatic vesseles (L) of the tunica serosa. The constriction (b) presenting the impression of the bicaspid valves. SEM × 200

Figure 4 The drainage correlation of the lymphatics of all the layers.
Footnotes

Project supported by the National Natural Science Foundation of China, No. 39070462