Prognosis of patients with HCC is estimated by several factors, such as histological differentiation of tumor cells, tumor size, and extent of lymhatic or hemotogenous spread. In this study, we detected the AFPmRNA in the blood of nude mice bearing human hepatocellular cacinoma (HCC) using nested reverse transcriptase polymerase chain reaction (nested RT-PCR) and study its significance and role in blood spread and distant metastasis.

Animal SMMC-LINM cell lines which can secrete AFP (provided by the pathology department of our university[1]) were inoculated into the neck and back of nude mice (BALB/C/NU, 4 weeks after birth), (107 HCC cells to each mouse). After 6 weeks, 20 nude mice (15 g-20 g in weight) with tumors growing to 2 cm-4 cm were used in the experiment.

Collection of samples Both eyes of the nude mice bearing HCC were scooped out and blood (about 1 mL) was collected and placed into a 12 mL centrifuge tube. The subcutaneous tumors were resected, and their integrity and relationship with the surrounding tissues were observed. The liver, lung, kidneys and other oragans of the mice were cut and examined pathologically.

Methods One mL whole blood was collected from the peripheralvein of each subject into a centrifuge tube. AFPmRNA was detected with nested RT-PCR. The detailed procedures were as follows.

Detection of AFPmRNA Heparinized whole blood was centrifuged and the plasma fraction was removed. The cellular fraction was enriched for mononuclear cells or possible tumor cells according to the method by Komeda[2]. Total cellular RNA was extracted by a single-step method of RNA isolation[3]. The reverse transcription reaction was carried out in 20 μL reaction mixture using a first-strand cDNA synthesis kit (Promega USA) according to the manufacturer’s instructions. Nested PCR was conducted by addition of 5 μL solution of cDNA to 100 μL reaction mixture containing 10 mM Tris HCl (pH 9.0), 50 mM potassium chloride, 4.5 mM magnesium chloride, 250 nM dNTP 15 pmol of each outer primer (EX-sense and EX-antisense) and 2.5 units of Taq DNA polymerase (Promega, USA). The reaction mixtures were subjected to 35 cycles of amplification in a programmable thermal cycler (Perking-Elmer Cetus, USA) using the following sequence: 94 °C for 1.5 min, 57 °C for 1.5 min and 72 °C for 2.5 min, and a final extension step at 72 °C for 10 min. A sample of 10 μL of the first amplification product was further amplified using an inner pair of primers (IN-sense and IN-antisense). To verify the amplified AFP DNA fragment, the samples were digested with the restriction enzyme Pst I and analysed by electrophoresis on a 2% agrose gel and stained with ethidium bromide for the specific bands of 174 base pairs (first amplification product) and 101 base pairs (second amplification product). Nested PCR was performed two or three times for samples with conflicting results. The external and inner pair of primers were designed as follows:

Statistical analysis The relationship between the AFPmRNA in peripheral blood and various clinical parameters was examined by Chi-square test. 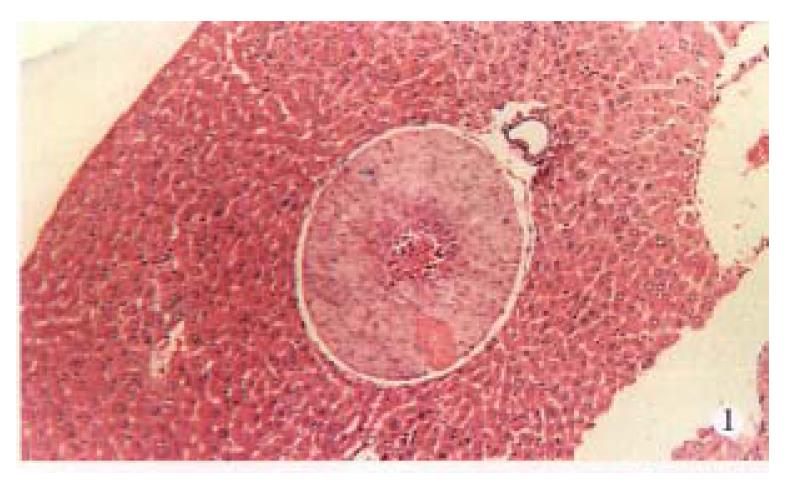 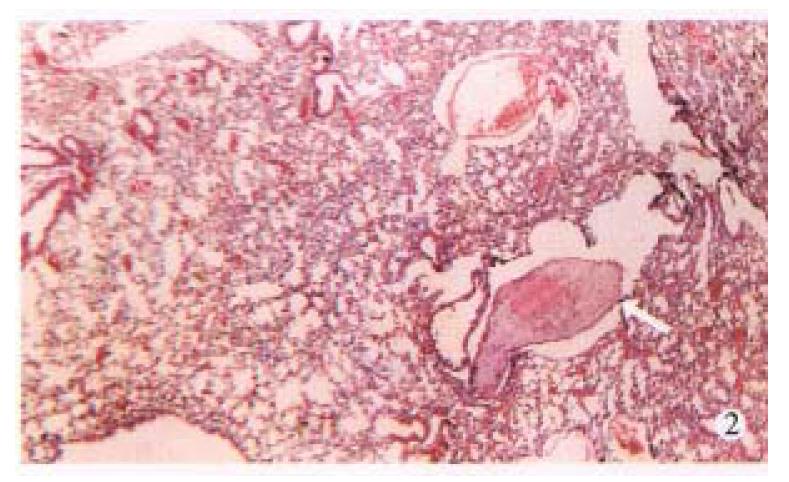 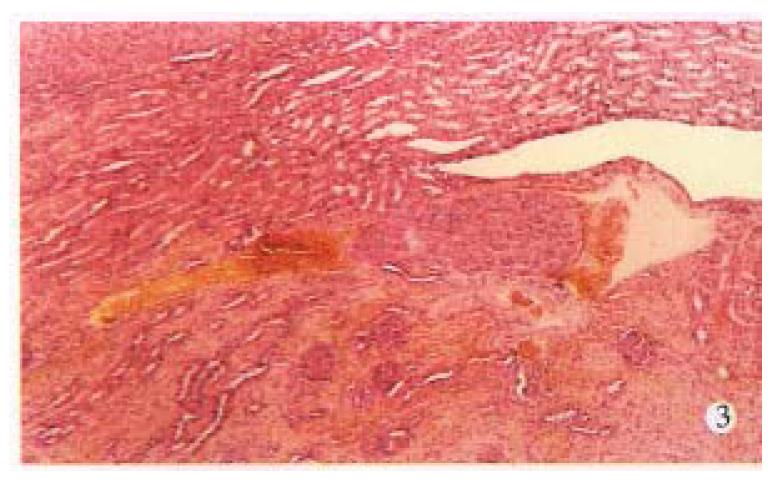 The diameters of HCC in 6 mice with positive AFP mRNA in blood were more than 3 cm, no distant metastasis occurred in tumors below 3 cm in diameter (Table 2). 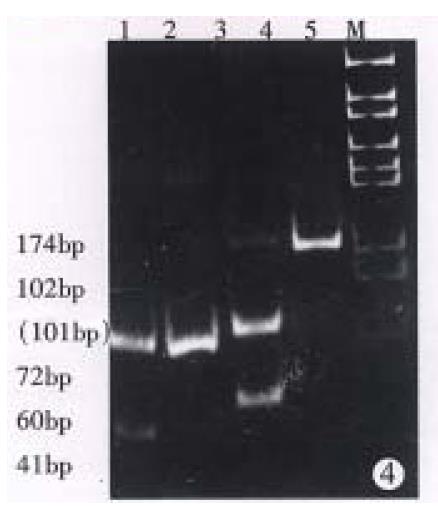 Recently, there have been some reports about the employment of the reverse transcriptase-polymerse chain reaction (RT-PCR) technique to detect tumor cells spreading into the peripheral blood, bone marrow, and lymph nodes[5-7]. There trials have aimed to amplify tumor-specific gene transcripts which can not be detected in these tissues under normal conditions. Free mRNA is so fragile under conditions of abundant RNAse activity that the specific mRNA in blood can indicate the presence of intact cells producing such proteins just before the extraction of RNA.

In conclution, AFPmRNA may be an effective and sensitive marker for HCC matestasis in blood and distant metastasis as well.

Project supported by the Fund for Key Laboratories of PLA.