AIM: To investigate the effects of TRH in DVC on motility of the gallbladder in rabbits.

RESULTS: After microinjection of TRH (8.8 nmol, 1 μL) into DVC, GP was raised and the frequency of phasic contraction of gallbladder (FPCGB) increased. All the doses of TRH (0.13, 0.25, 0.50, 0.80, 1.30 nmol, 1 μL) injected into DVC could excite the motility of gallblader. As the dose of TRH was enlarged, the amplitude and duration of the reaction increased. Effects of TRH in DVC on motility of the gallbladder could be completely abolished by atropine (0.2 mg/g, i.v.) or vagotomy, but could not be inhibited by phentolamine iv (1.5 mg/g) or propranolol iv (1.5 mg/g)or by transecting the spinal cord.

CONCLUSION: Thyrotropin-releasing hormone in DVC can excite motility of gallbladder. This effect was mediated by vagus nerves and peripheral M receptor. Its physiological significance may be related to maintaining the phasic contraction of gallbladder in interdigestive period.

Our previous studies indicated that the dorsal vagal complex (DVC) might play an important role in regulating motility of extrahepatic biliary tree[1], but we do not know which neurotransmitter mediates this effect.

Thyrotropin-releasing hormone (TRH) is one of important brain gut peptides[2]. There is a high density of TRH-immunoreactive nerve terminals in DVC[3]. Injecting TRH into DVC could excite the motility and secretion of stomach[2]. However, there is no report about TRH in DVC on the motility of extrahepatic biliary tree. In this study, TRH was injected into DVC of anesthetized rabbits, and then the effect on mean gallbladder pressure (GP) and frequency of phasic contraction of gallbladder (FPCGB) were observed, and the peripheral route of the effect of TRH was also investigated.

The experiments were conducted in 38 rabbits weighing 2.0 kg-2.5 kg. Fasted for 15 h-18 h, but allowed to drink water, the rabbits were anesthetized with urethane (1.0 g/k, iv.). A cannula was inserted into the trachea. Unilateral femoral artery was catheterized for measurement of blood pressure. The rectal temperature was maintained at 37 °C-38.5 °C.

A frog bladder filled with saline was placed in gallbladder and connected to a transducer (TP-200T) by a catheter. The blood pressure and GP were record-ed simultaneously by a polygraph (RM-6000, NI-HON KOHDEN).

The animal’s head was fixed in a stereotaxis (I-C model, JIANG-WANG, China). According to the Messen’s methods, a stainless steel guide tube (0.5 mm in outer diameter) containing a needle was inserted into DVC (rostral from obex 0.5 mm-1.0 mm, left or right from midline 0.7 mm-1.2 mm, depth from the surface 0.5 mm-1.2 mm). Normal saline or TRH solution(1 μL) was injected into DVC by a microsyringe connected to a cannula (0.3 mm in outer diameter).

Before the following tests were made, the basal level of GP of each animal was taken as control (i.e., basal GP as 0 kPa in place of real level). GP increase during the test, was considered as positive (+) value, while GP decrease was taken as negative (-). Student’s t test was used for the statistical analysis. All values were x-± sx-. P < 0.05 was considered to be statistically significant.

In interdigestive period, two kinds of motion of gallbladder were found, the tonic and phasic contractions. Tonic contraction, which means continuous and weak contraction, could maintain GP at a stable level (2.67 × 103± 190 Pa, n = 8). Phasic contraction, with a duration of 5-20 s and frequency of 1-3 times per minute, raised GP by 60 kPa-200 kPa rhythmically (Figure 1 a). 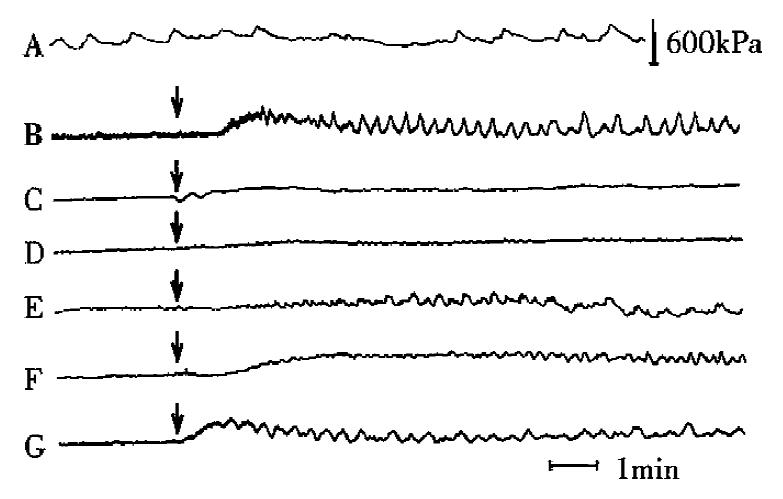 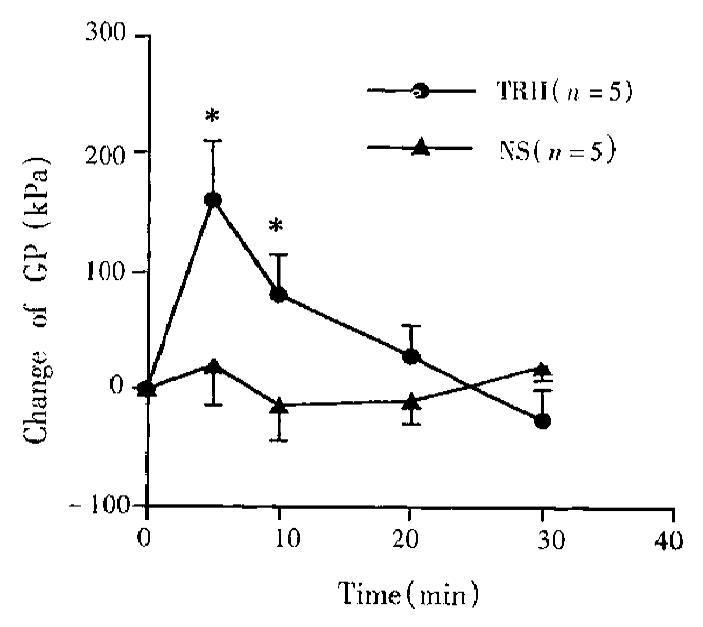 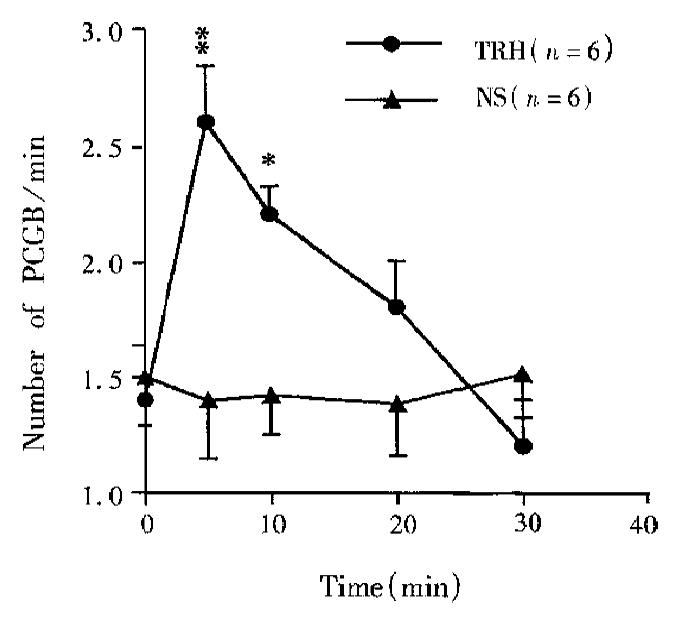 Figure 3 The effect of microinjection of TRH (0. 8 nmol/1 μL) or NS on the frequency of phasic contraction of gallbladder (FPCGB). **P < 0.01, *P < 0.05 as compared with NS
Dose-response of TRH microinjected into DVC on the GP and FPCGB 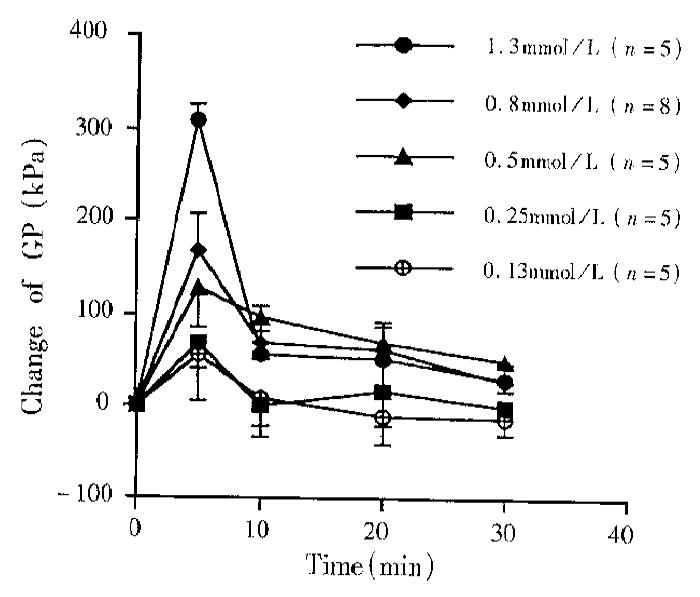 Figure 4 Dose-response curve for TRH stimulation on GP after microinjection into DVC. 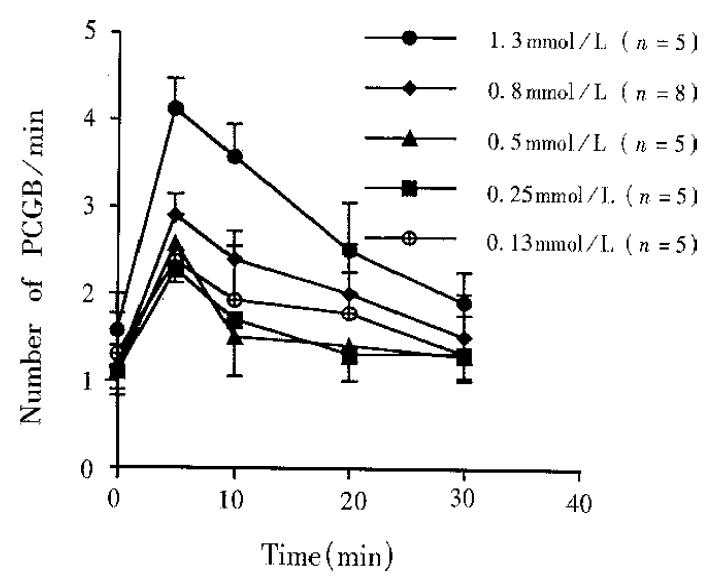 Figure 5 Dose-response curve for TRH stimulation on the number of phasic contraction of GB (PCGB) after microinjection into DVC.
Peripheral route of the TRH effect on the motility of gallbladder.

The effects of TRH microinjected into DVC on the motility and secretion of gut may be physiological. In DVC, there is a high density of TRH-immunoreactive nerve terminals which come from the nucleus raphe pallidus and raphe obscurus. Some of these terminals make synaptic contacts on the dendrities of gastric vagal motoneurons[5]. Multicolon TRH antibody injected into DVC can inhibit the gastric acid secretion[6].

Through vagus nerve and peripheral cholinergic M receptors, TRH could excite the gallbladder motility, but its physiological significance is unknown. Bile evacuation occurrs during sham feeding, and is abolished by vagotomy[7]. After vagotomy or gastrectomy, the incidence of gall-stones increases[8,9]. In this experiment, TRH in DVC raised GP and then facilitated the bile evacuation. Thus TRH may be a possible candidate for the transmitter in DVC mediating the cephalic bile output.

In conclusion, we believed that TRH in DVC may play an important role in regulating the motility of gallbladder via vagal nerves and peripheral cholinergic M receptors, and may participate in cephalic gallbladder emptying during ingestion and maintain the phasic contraction of gallbladder in the interdigestive period.

We are grateful to Professor Zhu-Li He, Director of the Department of English, Shandong Medical University, for polishing the manuscript.