Mastocytosis is a clonal neoplastic disorder of the mast cells (MC) that can be limited to the skin (cutaneous mastocytosis) or involve one or more extracutaneous organs (systemic mastocytosis). The clinical manifestations of mastocytosis are heterogeneous ranging from indolent disease with a long-term survival to a highly aggressive neoplasm with survival of about 6 mo. Although liver involvement in aggressive systemic mastocytosis (ASM) is relatively common, the development of portal hypertension with or without cirrhosis is rare. We report a case of ASM without skin involvement in a 72-year-old caucasian male who presented with non-cirrhotic portal hypertension based on clinical, analytical, imagiological and endoscopic findings. Given the hematological picture, the correct diagnosis was established based on ancillary tests for MC using bone marrow aspirates and biopsy. Extensive involvement of the liver and gastrointestinal tract was histologically documented. The disease progressed rapidly and severe pancytopenia and recurrent upper gastrointestinal bleeding became the dominant problem. This case illustrates the challenge in establishing a diagnosis of ASM especially when the clinical picture is atypical and without skin involvement. Gastroenterologists should consider infiltrative disease, particularly systemic mastocytosis, as a differential diagnosis in a clinical case of portal hypertension of unknown etiology.

Core tip: This clinical case describes an interesting and uncommon case of aggressive systemic mastocytosis with hepatic and gastrointestinal involvement. It illustrates not only a rare cause of non-cirrhotic portal hypertension, but also an atypical gastrointestinal involvement. The aim of this case report is to demonstrate the challenge in establishing a diagnosis of systemic mastocytosis especially when the clinical picture is atypical and without skin involvement, and alert Gastroenterologists to consider infiltrative diseases, as differential diagnosis in a clinical case of portal hypertension of unknown etiology.

Mastocytosis, a myeloproliferative neoplasm characterized by an abnormal proliferation of MC, is an uncommon, heterogeneous and progressive disease[1].

The vast majority of cases are confined to the skin (urticaria pigmentosa), but approximately 10% involve extracutaneous sites, most commonly bone, liver, spleen, gastrointestinal tract and lymph nodes[1,2]. The clinical manifestations are related to the release of MC mediators (e.g., facial flushing, urticaria, itching, diarrhea) and to uncontrolled growth and infiltration of clonal MC in different organs (e.g., hepatomegaly, splenomegaly, pancreatic insufficiency). Although most of the symptoms are not life-threatening, they may induce a significant impairment of quality of life. Nevertheless, when infiltration results in organ function impairment, the disease is considered aggressive and decrease life expectancy.

A diagnosis of mastocytosis has to fulfill the World Health Organization (WHO) diagnostic criteria[3] in which the demonstration of neoplastic MC infiltrates is the sine qua non condition. SM is diagnosed when the major and at least one minor or three minor criteria are satisfied (Table 1). Its signs and symptoms are divided into two groups: B symptoms (“borderline benign - be watchful”) and C symptoms (“consider cytoreductive therapy”). The diagnosis of ASM can be made when one or more “C” findings are present. “C” findings include anemia (Hb < 10 g/dL), thrombocytopenia (< 100000/mm3), neutropenia, hepatopathy with portal hypertension or ascitis, splenomegaly with hypersplenism, malabsorption with weight loss and osteolysis with pathological bone fractures.

Overlapping symptoms and heterogeneous clinical scenarios make early diagnosis extremely difficult. An absence of skin lesions at the time of diagnosis has been reported in up to 40%-50% of patients with ASM[5]. The liver is frequently involved, but only a minor percentage of ASM patients develop portal hypertension and/or cirrhosis.

In this paper we report a rare case of ASM without skin lesions who presented with non-cirrhotic portal hypertension. Bone, liver and gastrointestinal involvements were observed and histologically documented. The extensive bone marrow and gastrointestinal infiltration with the development of severe pancytopenia and recurrent upper gastrointestinal bleeding, respectively, were responsible for the poor prognosis and fatal outcome. 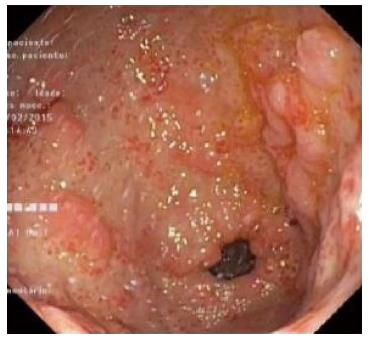 Given the hematologic changes in a patient with wasting syndrome and a non-cirrhotic portal hypertension, to exclude hematologic disease, he underwent a thoraco-abdominopelvic computed tomography (CT) scan which confirmed homogeneous hepatosplenomegaly and showed no lymphadenopathy (Figure 2); a bone marrow aspiration and biopsy, which revealed multifocal infiltration of atypical MC (> 15 aggregates) with a spindle-shape, representing 31% of total cellularity; immunohistochemistry study identified positive staining for CD117 and CD25 (Figure 3). Serum tryptase levels were high (200 mcg/L). Liver biopsy confirmed massive infiltration by atypical MC and mild portal fibrosis but without evidence of cirrhosis (Figure 4). 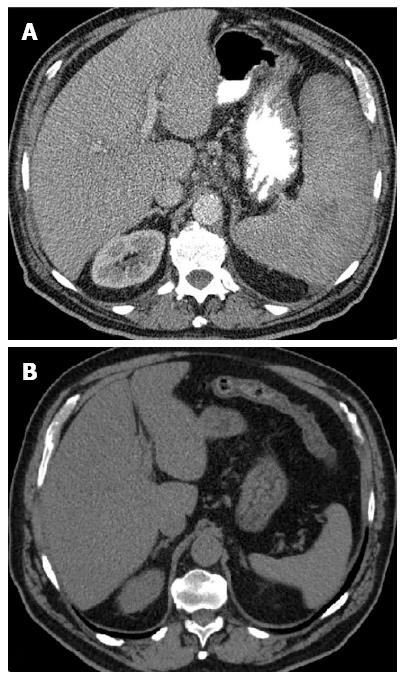 Figure 3 Immunohistochemistry study identified positive staining for CD117 and CD25. A: Atypical spindle-shaped MC on bone marrow aspirate (HE × 100); B: Hypercellularity due to infiltration by atypical MC on bone biopsy (HE × 100); C: MC were strongly positive for CD25; and D: CD117 (D) (IHC × 100).

Figure 4 Microscopic images of the liver. A: Liver biopsy showed an increased number of spindled MC (HE × 40); B: The MC are highlighted by positive CD117 staining (IHC × 100)

These findings were fully consistent with SM fulfilling the WHO diagnostic criteria for this entity, namely the presence of the major and three minor criteria: > 25% of atypical MC in bone marrow and liver, coexpression of CD25 and CD117 by atypical MC, and high serum tryptase levels.

The patient was referred to the Hematology Department and began chemotherapy with cladribine with initial partial response. However, the disease became non-responsive to cladribine and progressed, with development of severe pancytopenia and recurrent upper gastrointestinal bleeding due to extensive involvement of the stomach (Figure 5), refractory to medical and endoscopic treatment. The patient died after one year.

Mastocytosis is a rare disorder with several studies reporting an incidence of 5-10 cases/106 people/year. It is recognized as a myeloproliferative neoplasm by the 2008 WHO Classification of Tumours of Haematopoietic and Lymphoid Tissues and is defined as an accumulation of clonal MC in one or more organs. The skin is involved in most patients (80%-90%), commonly presented as pigmentosa urticaria. SM is characterized by clonal MC accumulation in bone marrow and other extracutaneous organs.

ASM is an uncommon subtype of SM (12%) and occurs generally in adults. It is defined by the presence of at least one “C” finding, associated with constitutional symptoms and organomegaly, particularly of liver, spleen and lymph nodes.

Regarding hematologic abnormalities in SM, the most common is mild-to-moderate anemia, which occurs in up to 50% of patients[6]. Normally, MC is not found in the circulation except in those with mast cell leukemia. Eosinophilia occurs in 25% of patients and monocytosis, when present in patients with ASM, represent a signal of advanced disease[7].

Liver involvement in ASM is common and may include abnormal liver tests, hepatomegaly, portal hypertension, fibrosis, cirrhosis and liver failure. Hepatomegaly is found in 41%-72% of patients. MC infiltrate the liver diffusely with or without portal fibrosis but rarely with cirrhosis or portal hypertension (4%). The development of portal hypertension and the lack of skin involvement are poor prognosis factors. Yoshida et al[8] reported a case of mast cell leukemia, a rare form of SM, complicated with rapidly progressing non-cirrhotic portal hypertension due to blocking of sinusoidal and venous flow. Despite significant hepatic involvement, liver tests are usually normal, except for alkaline phosphatase which is increased due to bone involvement[9]. Furthermore, hepatic lesion severity is not correlated with the size or the results of liver function tests[9].

Gastrointestinal involvement is seen in 70%-80% of patients with SM. Abdominal pain (51%), diarrhea (43%) and nausea or vomiting (28%) are the most common GI complaints[10]. Gastrointestinal bleeding, usually due to peptic ulcer disease, occurs in 11% of SM[10]. Other causes of upper gastrointestinal bleeding, such as GAVE, portal hypertensive gastropathy and esophageal varices, are very rare. The most common upper endoscopic features in SM patients are peptic esophagitis, peptic ulcers, thickened gastric or duodenal folds and nodular mucosa[10].

Patients with ASM are candidates for MC cytoreductive therapies, which may include interferon-alpha-2b, cladribine, glucocorticoides, tyrosine kinase inhibitors or hydroxyurea[11]. The clinical course of patients with ASM is variable, with some experiencing a rapid decline over 12 to 24 mo, while others follow a slower course with several years of survival[12].

In this case, the initial approach revealed a clinical picture of non-cirrhotic portal hypertension. The lack of skin manifestations delayed the diagnosis. The high suspicion of hematological disease due to wasting syndrome, B symptoms, hepatosplenomegaly and bicytopenia, led to the diagnosis, based on bone marrow aspirate and biopsy findings, which revealed infiltration by atypical MC with positive staining for CD117 and CD25. The liver biopsy confirmed massive infiltration by atypical MC but without evidence of cirrhosis. The diagnosis of ASM was established based on WHO 2008 criteria and the presence of “C” findings, particularly, anemia, hepatopathy with portal hypertension and splenomegaly with hypersplenism.

This report describes an interesting case of SM as a rare cause of non-cirrhotic portal hypertension with an atypical gastrointestinal involvement. Needless to say, patients with obvious dermatological findings are diagnosed by clinicians more quickly as having SM. Unfortunately, patients lacking skin manifestations have a delayed diagnosis even though they often have more aggressive disease. Therefore, Gastroenterologists should consider infiltrative disease, particularly ASM, as differential diagnosis in a clinical case of portal hypertension of unknown etiology. Presently there is no cure for SM and cytoreductive therapy and a multidisciplinary team approach are recommended.

A 72-year-old male presented with a clinical picture of non-cirrhotic portal hypertension.

Aggressive systemic mastocytosis without skin involvement is uncommon. Given the hematological picture, the correct diagnosis was established based on ancillary tests for mast cells using bone marrow aspirates and biopsy. The extensive involvement of the liver and gastrointestinal tract was histologically documented.

Infiltrative diseases, particularly systemic mastocytosis, should be considered as a differential diagnosis in a clinical case of portal hypertension of unknown etiology.