AIM: To assess the clinical significance of pouch size in total gastrectomy for gastric malignancies.

CONCLUSION: Small pouch can significantly improve the eating capacity per meal after surgery, and may improve the post-gastrectomy symptoms, including heartburn, dysphagia and vomiting.

Core tip: Choosing the optimal pouch reconstruction in total gastrectomy is still a controversial area of clinical research, mainly due to the lack of information about the standardization of pouch design. This is the first meta-analysis about standardization of pouch reconstruction design after total gastrectomy, which suggests that the pouch size may be an important factor influencing the clinical outcome.

One of the most frequent debates about this topic is the formation of an appropriate replacement gastric reservoir[4]. A recent meta-analysis has shown that the formation of a pouch reservoir has significant clinical advantages[5]. However, it is hard to choose the optimal pouch reconstruction because there is little information about standardization of pouch design. In particular, the choice of a small or large pouch seems to be driven by surgeons’ personal decisions without any established rules. Pouch formation aims to provide a reservoir, therefore, it is reasonable to assume that the size of the pouch may affect the patients’ outcome. Although it is a major question that surgeons have to address when they perform pouch formation after total gastrectomy, only a few studies with a small number of patients have been conducted with regard to pouch size after total gastrectomy with curative intent[6-11]. Furthermore, some of these studies have shown inconsistent conclusions[12,13].

Only randomized control trials (RCTs) were included in our analysis. The studies had to address whether the size of the pouch reservoir after total gastrectomy influenced clinical outcome. Different reconstructive techniques may have an impact on clinical outcome, thus, all articles must compare small pouches with large pouches with the same pouch shape. Studies that focused only on the effect of the gastric reservoir or preservation of duodenal transit were excluded.

Two authors (Dong HL and Ding XW), working independently and in parallel, reviewed abstracts and assessed the full texts to examine eligibility. Disagreements were resolved through discussion with the third researcher (Huang YB). The following data were extracted independently from each of the included publications: authors, study period, study design, number of patients, length of follow-up, main results, and outcome. When key information was deficient or not available in the publication, we tried to obtain the data by contacting the authors through email or telephone.

The methodological quality of the included studies was independently assessed by two reviewers according to Cochrane Handbook 5.1.0 (Chapter 8)[14] based on six perspectives: sequence generation, allocate concealment, blinding, incomplete outcome data, selective outcome reporting, and other source of bias. To reduce the bias of the judgment, the included studies were independently assessed by two reviewers and any controversial issues were discussed with a third researcher.

This systematic review was conducted according to the recommendations of the Cochrane Collaboration and the Quality of Reporting of Meta-Analysis guidelines[15,16]. Standard mean difference (SMD) or relative risk (RR) and corresponding 95%CI were calculated as summary measures of effects for continuous outcomes (e.g., operative time, eating capacity per meal, and body weight) and binary outcomes (e.g., heartburn, dysphagia, and vomiting). Fixed-effect or random-effect model was chosen according to the level of heterogeneity, which was assessed using the I2 statistic. Statistical significance was considered at P < 0.05. All statistical analyses were carried out using STATA version 12.0.

A total of 29 studies were initially identified on pouch formation after total gastrectomy for gastric cancer. We excluded 18 RCTs that compared the effect but not the size of the pouch[17-34]. Six papers[8,12,13,35-37] were excluded because of duplicated publication or not providing essential information. Thus, we included the remaining five trials[6,7,9-11] published between 1996 and 2011, including 118 patients after total gastrectomy, that compared small pouch with large pouch. Schwarz et al[11] conducted two comparisons between three gastrectomy methods (RY vs RY Pouch vs JI Pouch), so this study was regarded as two trials. Two papers conducted by Tanaka et al[9,10] came from the same study, but they had reported different clinical outcomes, therefore both of them were included in the final analysis. The characteristics of the included studies are shown in Table 1, and the main results are listed in Table 2. 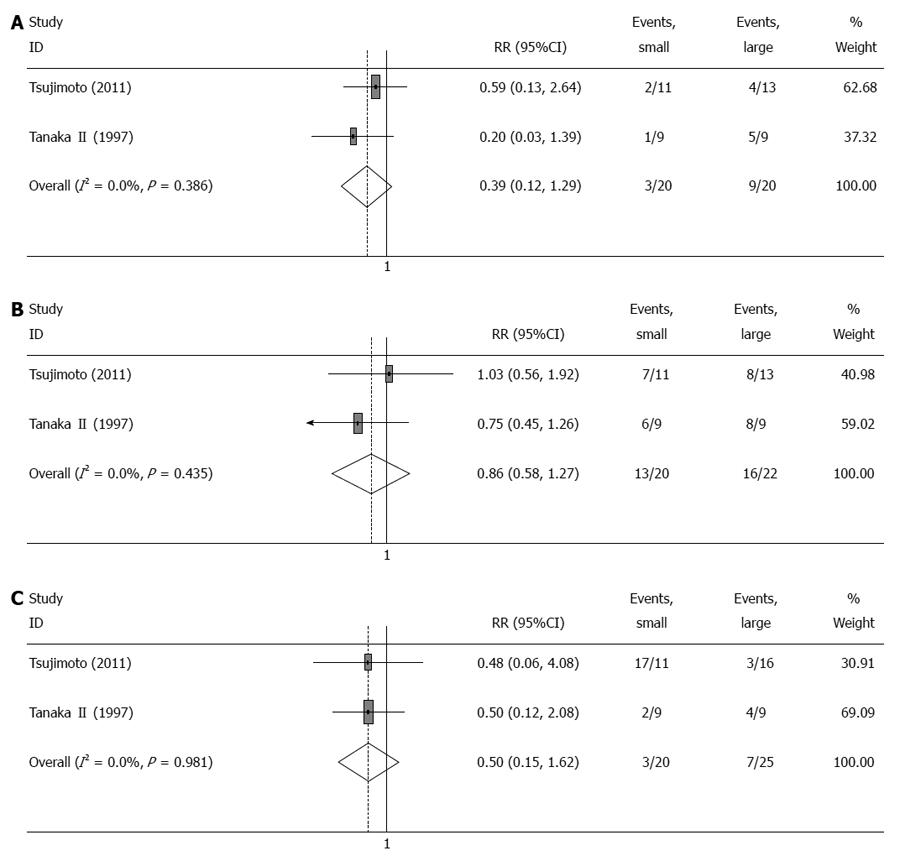 Figure 5 Meta-analysis of change of body weight after surgery. A: 3 mo; B: 12 mo. Note: Weights are from random effects analysis.
DISCUSSION

The selection of optimal reconstructive method is one of the main considerations after total gastrectomy for gastric cancer. By recreating the reservoir function of the stomach, pouch reconstruction has been used by many surgeons in order to improve the patient’s eating capacity and quality of life (QOL). Although the first pouch reconstruction was described as early as in 1922[38], it still remains hard to choose the optimal method because there has been little attempt at the standardization of pouch design.

Recently, pouch size has arisen as one of the most important issues when the surgeon considers pouch reconstruction after total gastrectomy[39]. Nanthakumaran et al[13] have constructed a mathematical model to quantify gastric pouch volume and justify a range of gastric pouch dimensions to be tested in an in vitro model. Based on their model, they demonstrated that smaller pouches never achieve adequate volumes at basal pressures, and they have proposed that further in vivo studies should be based upon large pouch designs. Some studies have confirmed this view[12]. However, other studies have shown the contrary conclusion[6,10]. Some studies have not found any difference in postoperative outcomes between small and large pouches, suggesting that the size of pouch does not influence QOL[7,11].

With respect to perioperative course, we found that small pouches prolonged operative time compared with large pouches. However, pouch creation was mainly performed using a stapler device, and does not need much time. Operative time also includes the time spent on tumor resection, lymph node dissection, and reconstruction of the digestive tract. Therefore, we estimate that the main reason for the significant differences in the operative time between the two groups may have been related to the surgeons’ experience.

Several features, such as mortality, morbidity and QOL, were hard to analyze because such results were measured by different methods or even not mentioned at all in these trials.

Our meta-analysis had several possible limitations. First, the total number of analyzed patients was too small, which may have resulted in a failure to identify significant differences. This also reflects that pouch size is a neglected topic in pouch formation. Second, the methodological quality of the available articles was not satisfactory because of insufficient information and small numbers of patients, therefore, we used the random-effects model for the meta-analysis. Third, the follow-up period was not long enough to show significant differences. All the data were analyzed within 12 mo. Fourth, pouch size varied from 7 to 20 cm, which made it almost impossible to assume the optimal size of pouch, and was only good for comparing small and large pouches.

Finally, we want to emphasize that we found that patients with a small pouch showed improved eating capacity per meal, which may be in accordance with the results of a meta-analysis published in 2009[5], which reported that patients with a pouch had some significant clinical advantages, including less dumping incidence and heartburn incidence, better food intake, and improved QOL. Therefore, it is reasonable to infer that small pouches can significantly improve the eating capacity per meal after surgery, and seem to improve the post-gastrectomy symptoms, including heartburn, dysphagia and vomiting.

Recently, pouch size has arisen as one of the most important issues when the surgeon considers pouch reconstruction after total gastrectomy. Moreover, several studies have investigated this topic, although some of these have shown inconsistent conclusions.

The present study is the first meta-analysis about standardization of pouch design after total gastrectomy, and the authors showed that small pouches can significantly improve the eating capacity per meal after surgery, and seem to improve the post-gastrectomy symptoms, including heartburn, dysphagia and vomiting.

This is a well-written paper that will add a great deal to the literature on the subject. The authors’ findings will arouse more attention to pouch size, and future research is needed.