This report presents a case of emphysematous cholecystitis causing a pneumoperitoneum with the finding of macroscopic perforation of the gallbladder.

A 77-year-old male was transported to our hospital in September 2011 because he was found falling down in his home with epigastric pain and lassitude lasting for one week. There was nothing particular in the patient’s history. His vital signs were as follows: pulse: 115 beats/min, blood pressure: 151/86 mmHg, respirations: 36 breaths/min, saturation: 92% on room air, and temperature: 37.7 °C. The patient’s abdomen was distended, and there was local tenderness in the upper abdomen without muscular defense. A laboratory examination showed the following values: leukocyte count: 16.6 × 103/μL, hemoglobin: 14.4 g/dL, hematocrit: 42.4%, platelet count: 16.5 ×104/μL; serum values: sodium: 130 mEq/L, potassium: 3.8 mEq/L, blood urea nitrogen: 88 mg/dL, creatinine: 3.6 mg/dL, alkaline phosphatase: 251 U/L, lactic dehydrogenase: 371 U/L, aspirate aminotransferase: 32 U/L, alanine aminotransferase: 25 U/L, total bilirubin: 0.4 mg/dL, γ-glutamyl trans ferase: 28 U/L, glucose: 207 mg/dL. Plain abdominal radiography showed the presence of intestinal gas. A computed tomography (CT) scan demonstrated massive gas in the abdominal cavity (Figure 1). Gas was also detectable inside the gallbladder (Figures 1B and 2). Massive ascites as well as a pleural effusion were also detected (Figure 1C and D). Under the diagnosis of perforation of the digestive tract, emergency surgery was performed. In the abdominal cavity, there was massive yellow-brown purulent ascites that did not include any saburra. Contrary to our expectations, the perforation site was not in the alimentary tract, but rather in the gallbladder (Figure 3). We therefore diagnosed the patient to have emphysematous cholecystitis with perforation, and performed cholecystectomy. No gallstones were detected in the gallbladder. Tazobactam/piperacillin was given pre- and post-operation. The patient’s postoperative course was uneventful, and he was discharged healthy 28 d after undergoing surgery. Cultures of the ascites detected Clostridium perfringens. A pathological examination of the resected gallbladder revealed necrosis in the mucosa and thinning of the wall. 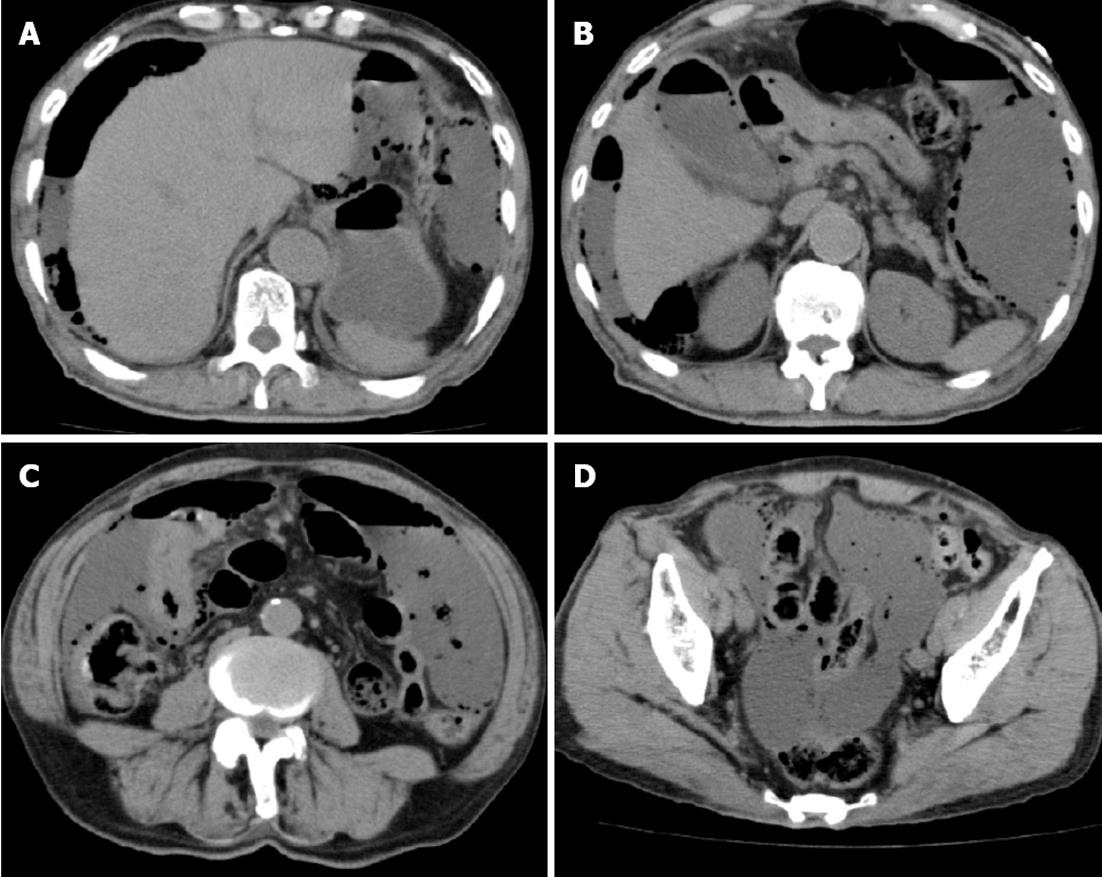 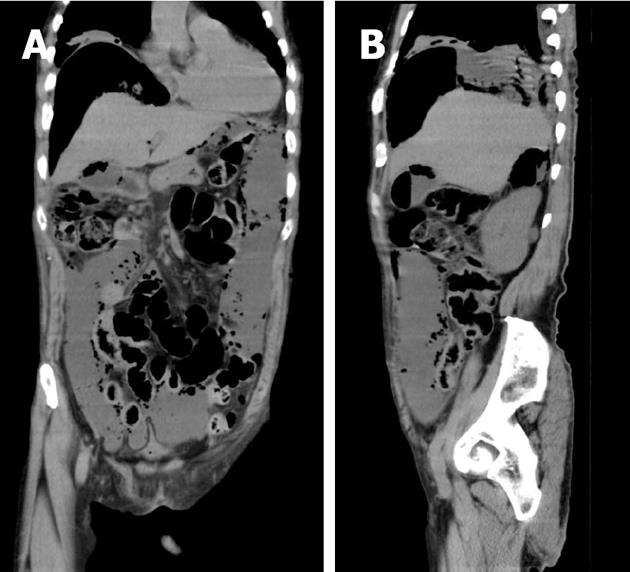 Figure 2 Computed tomography scan clearly demonstrated a massive collection of gas inside the gallbladder. A: The coronal axis; B: Sagittal axis. 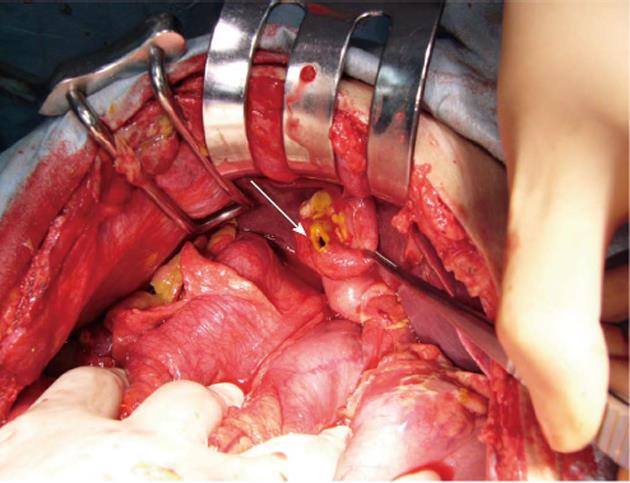 Figure 3 An 8 mm hole in the gallbladder was detected (arrow).
DISCUSSION

Emphysematous cholecystitis is more common in males than females (7:3), and 40% of affected patients have diabetes mellitus. In our case, there was no history of diabetes mellitus. After the operation, his blood sugar was decreased down to a normal level, and HbA1c was within normal range.

The presence of a concomitant pneumoperitoneum, which may occur following gallbladder perforation, is rarely found. Most patients with a concomitant pneumoperitoneum are in unstable condition. Therefore, the first choice of treatment in such cases is emergency exploratory laparotomy, followed by cholecystectomy, under a correct intraoperative diagnosis. Another method of treatment, involves initial percutaneous cholecystostomy with a strict intravenous antibiotics regimen, followed by subsequent cholecystectomy during a second stage[4]. In severely ill patients in particular, percutaneous cholecystostomy with broad-spectrum antibiotics may be an alternative choice of treatment[5]. In our case, we did not diagnose the patient with emphysematous cholecystitis preoperatively due to the huge amounts of gas in the abdominal cavity. Compared with previous cases, the amount of gas in our case was very large, thus suggesting not an acute stage, but a sub-acute stage and continuous infection with gas-producing bacteria. If the correct diagnosis could be done preoperatively, laparoscopic surgery may be the alternative treatment.