AIM: To measure the perceived satisfaction with gastric cancer screening as part of the National Cancer Screening Program (NCSP) in South Korea.

METHODS: Data were derived from the participants in a satisfaction survey of the Quality Evaluation of National Cancer Screening in 2009. This is a population-based nationwide telephone survey of participants who were screened by the NCSP between May and October 2009. This study included 4412 participants who provided full sets of data and who had upper endoscopies for the purpose of gastric cancer screening.

CONCLUSION: The critical issues identified by the Pareto analysis include the adequacy of the explanation about any pain or discomfort associated with the upper endoscopy and the level of pain experienced during the procedure.

In recent years, patient satisfaction with endoscopic procedures has become an important outcome measure of gastrointestinal (GI) endoscopies[1]. Patient satisfaction not only establishes performance standards, but also increases the accountability of physicians and staff, and most importantly, can lead to improvement in the quality of care. Few studies have assessed the factors associated with patient satisfaction with upper endoscopies. Factors that have been significantly and positively associated with patient satisfaction included the adequacy of analgesia during the procedure, low patient anxiety before the endoscopic procedure, respectful personal manner of endoscopists, respectful personal manner of nurses, patient positive perceptions of endoscopists’ technical skills, pleasant physical environment in the endoscopy unit, and adequate time spent by physicians explaining the procedure[1-3].

Understanding the level of satisfaction with upper endoscopies performed for gastric cancer screening may provide information necessary for optimising adherence to screening protocols. The satisfaction or procedure-related discomfort in upper endoscopies has rarely been given priority because the procedure can be done quickly and is associated with few complications. Despite a low rate of medical complications, the procedure is associated with substantial pre-procedural anxiety and procedure-related discomfort. Endoscopists tend to underestimate patient discomfort or dissatisfaction[4].

In South Korea, screening for gastric cancer started in 1999 as a part of the National Cancer Screening Program (NCSP) for low-income groups. Currently, the NCSP provides Medical Aid recipients and National Health Insurance beneficiaries in the 50% of income brackets with free screening services for five common cancers: gastric, liver, colorectal, breast, and cervical. The NCSP recommends a biennial upper gastrointestinal series (UGIS) or an upper endoscopy for men and women over 40 years of age. In recent years, mass screenings using upper endoscopies have replaced upper GI X-rays in several cities in South Korea. In 2002, 75.0% of the participants underwent upper-GI X-rays, and 25.0% received upper endoscopies. In 2008, 50.9% received upper-GI X-rays, and 49.1% received upper endoscopies[12].

The objectives of this study were to analyze the data obtained by questionnaires measuring the perceived satisfaction with gastric cancer screening as part of the NCSP and to identify and ameliorate the issues that contribute most to patient dissatisfaction.

Quality Evaluation of National Cancer Screening (QENCS) programs to improve the quality of NCSP were established in 2008. QENCS programs in an upper endoscopy evaluate all aspects of cancer screening, including the structure, process and outcome. It also includes the general items, such as the indication for the endoscopic examination, informed consent, patient risk stratification, and sedation practice. Outcome indicators are participant satisfaction and accuracy such as cancer detection rate, false positive rate, and interval caner.

We defined the problem rate as the percentage of “fair” or “poor” responses given by all participants to all questions[14]. The problem rate was calculated by adding all poor or fair responses on all questionnaires, dividing this figure by the total number of questions, and multiplying this result by 100. This calculation can be expressed by the following formula:

The percentage of poor or fair responses was also calculated for each question.

Quality assessment uses special methods for graphic representation and analysis, and is considered to be as important as the statistical analysis itself. Of the various graphic analysis methods used currently, the Pareto chart was adopted in this study[14]. This chart presents the relative importance assigned by all participants to each question included in the calculation of the problem rate and produces a bar chart representing the percentage of problems for each question over the total number of problems emerging from the data. Bars are shown from the left to right in order of decreasing level of importance. Figures in the column represent the percentages of poor and fair responses over the total of poor and fair responses. In addition, we drew a line over the bars to represent the accumulated percentage of problems

Of the total 4412 participants in the study population, men accounted for 40.1%, and those aged 40-49 years accounted for 49.9%. Additionally, 48.0% underwent upper endoscopies while sedated (Table 2). In general, the mean and median satisfaction scores were high (> 3) for all questions, with the exception of the question addressing the level of pain (Table 3). We observed a trend toward higher mean satisfaction scores among the sedated group with respect to seven of the eight questions; the exception was the question addressing the adequacy of the explanation of any pain or discomfort associated with the procedure. 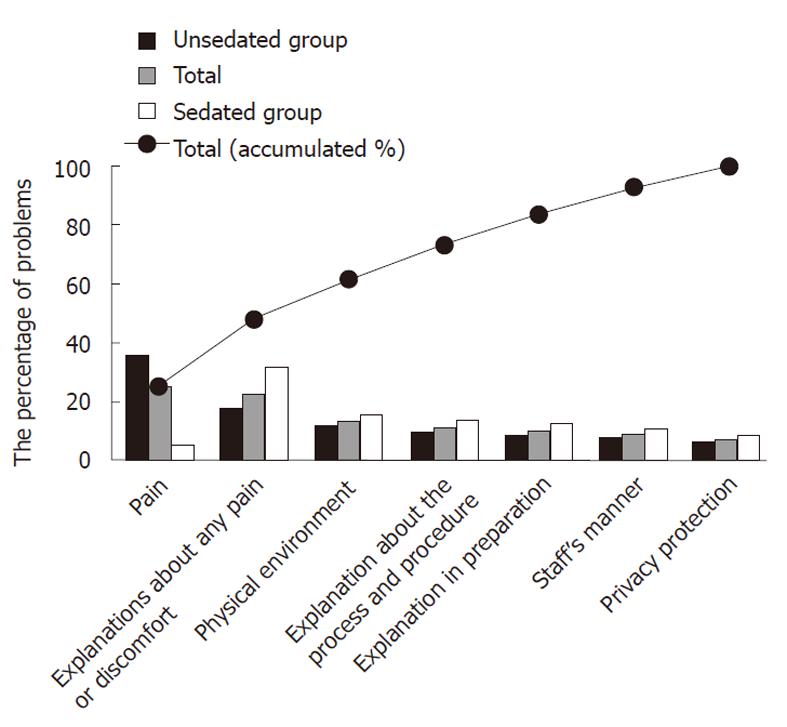 Figure 1 Relative importance of each question for the problem rate among all participants.
DISCUSSION

We used the overall score on questions 1-8 as an indicator of participants’ satisfaction with the upper endoscopy offered by the NCSP. In general, the mean and median satisfaction scores were high (> 3) for all questions, with the exception of the question concerning the level of pain. We observed a trend toward higher mean satisfaction scores in the sedated group. Our research shows that the level of pain experienced during the procedure and the adequacy of the explanation of any pain or discomfort associated with the procedure constituted the factors that contributed most to the problem rate among participants.

In terms of quality, these two concerns comprise the critical few. The implementation of measures to improve these two main problem areas would probably reduce the rate of problems among participants. The level of pain was an important determinant of satisfaction with the upper endoscopic procedure used for gastric cancer screening, especially in the unsedated group. This finding is consistent with the results of previous studies, which reported that higher levels of pain or discomfort were correlated with lower patient satisfaction with the procedure[15,16]. A second reason for dissatisfaction identified by our study was the adequacy of explanations of any pain or discomfort associated with the procedure. A large percentage of complaints in both sedated and unsedated groups was related to communication problems[14]. The total problem rates identified by the three questions regarding the adequacy of explanations were greater than 50% in both sedated and unsedated groups, indicating that dissatisfaction with explanations and communication is the most important contributor to the problem rate. This suggests that screenings are often performed without sufficient explanation, even though participants acquire information before this procedure[17,18]. Before screening, both the preparation for and the actual process of the endoscopy should be explained. It would also be helpful to explain the possible discomfort associated with this procedure. Additionally, efforts to ensure privacy and improve the interactional style of staff members may improve population screening programmes.

The total gastric cancer-screening rates have been increasing steadily in South Korea, and the rate of upper endoscopic examination has also been increasing[12]. However, the rate of participation in gastric cancer scre-ening programs is still not optimal[19]. Previous results of a population-based survey have identified the upper endoscopy as the preferred gastric cancer screening method. Interestingly, respondents with higher income levels were more likely to have had an endoscopic examination compared with those in lower income levels. Under the South Korean NCSP, endoscopic examination, like UGI tests, are free of charge. Despite these programmes, the use of endoscopy varies with household income, suggesting the possible impact of barriers other than the cost of endoscopy per se[6]. Indeed, under this NCSP, participants have to pay for all procedure-related costs associated with sedation, which may represent one of the barriers associated with income disparities.

Patient satisfaction is a crucial parameter in the ma-nagement of the quality of endoscopies because it dir-ectly reflects patient acceptance of procedures and possibly reflects patient compliance with screening and monitoring[20], thus, dissatisfaction with the screening experience may lead to non-compliance[13,21-24]. Satisfaction is particularly important when targeting asymptomatic individuals because they have no obvious reason to seek the services of a screening program. Moreover, levels of satisfaction are also important indicators of the quality of care, and feedback from participants can be used to modify program operations[21]. To increase compliance with the NCSP, we addressed issues related to improving satisfaction with screening services.

Upper endoscopy is a safe and quick procedure, and can be performed without sedation[25]. However, it can also evoke anxiety, feelings of vulnerability, embarrassment, and discomfort, and the fears and concerns associated with endoscopic procedures decrease patient compliance. Conscious sedation is the method most widely used, and good tolerance or conscious sedation has been related to the acceptance of and higher satisfaction with endoscopic procedures[1,15,16,26,27]. Although usually safe, gastric cancer screening tests have tradeoffs in terms of efficacy, complications, discomfort, time, and cost[6,12,28]. The performance of upper endoscopies using sedation is more costly but remains an efficacious strategy because it increases the rates of successful endoscopies, patient satisfaction, and willingness to undergo repeat procedures[29].

For these reasons, the NCSP should support the cost of sedation for upper endoscopies and let patients choose whether to undergo this procedure with or without sedation. Such decisions should be based on patient preferences and the clinical judgment of endoscopists, which, in turn, are based on patient age, sex, and tolerance for the procedure[6,16]. Providers’ assessment of individuals’ screening preferences, in combination with intervention strategies to promote the preferred screening method, may increase compliance with gastric cancer screening recommendations[28,30]. It will be imperative to consider these results when making decisions about population-based screening strategies[31].

This study has several limitations, including the possibility of a degree of participant bias. Respondents who completed the follow-up questionnaire were often those who reported discomfort on the post-procedure questionnaire; thus, this group may have been more likely to respond. The study was conducted among healthy individuals (i.e., participants in the National Gastric Cancer Screening Program), and the results may not be applicable to other patient populations. Indeed, participants might have different values, expectations about the procedure, and pain tolerance, which would potentially influence their satisfaction with the endoscopic procedure. Additionally, our study was conducted at a hospital, which may influence the extent to which our findings are generalizable to non-hospital settings such as clinics.

In recent years, patient satisfaction with endoscopic procedures has become an important outcome measure of gastrointestinal (GI) endoscopies. Patient satisfaction not only establishes performance standards, but also increases the accountability of physicians and staff, and most importantly, can lead to improvement in the quality of care.

This study shows that the level of pain experienced during the endoscopic procedure and the adequacy of the explanation of any pain or discomfort associated with the procedure constituted the factors that contributed most to the problem rate among participants. The implementation of measures to improve these two main problem areas would probably reduce the rate of problems among participants.

This study serves as a basis for future interventions to improve the satisfaction with upper endoscopic procedures, including using sedation or establishing a program for training staff in communication skills and interpersonal interactions.

The study is well done both number and selection of cases, and the results quite clear.