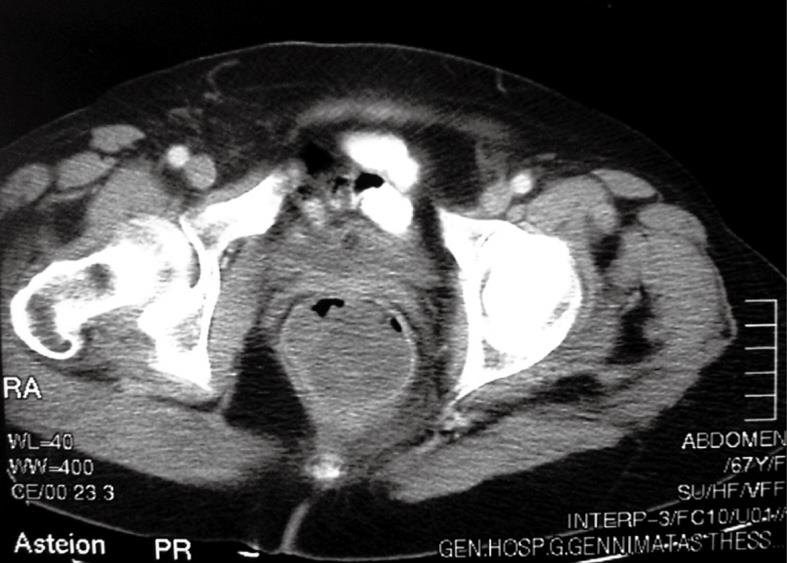 Figure 1 Computed tomography of the pelvis showing the mass in the rectum. 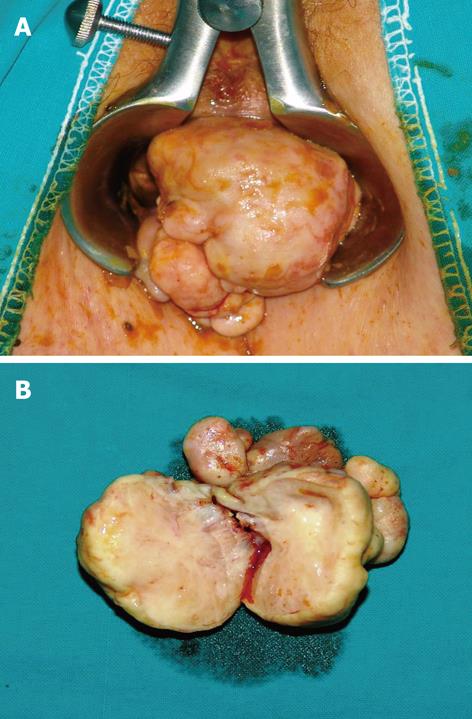 The huge mass was uneventfully removed by local excision with the the aid of an electrothermal bipolar vessel sealer (LigaSure Precise®). The histological assay of the resected specimen showed fibrous tissue covered by multilayered squamous epithelium, many small dilated vessels filled with red blood cells, scattered smooth muscle fibers and a superficial ulceration of the fibrous stroma (Figure 3). In all immunohistochemical sections from the giant fibroepithelial polyp, spindle and stellate mononucleated stromal cells were positive for CD34, SMA (Smooth Muscle Actin) and desmin (Figure 4). 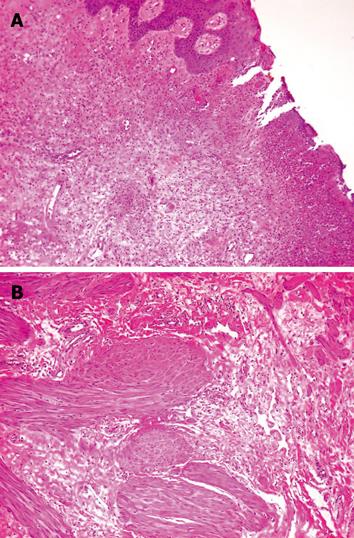 The histological and immunohistochemical findings therefore established the diagnosis of fibroepithelial polyp of the anus. The patient presented no postoperative complications and was discharged after 3 d of hospitalization.

Although in our case we had no other option but to remove this giant polyp due to the intestinal obstruction it caused, in general, complete removal of these structures, regardless of the method used, offers definite therapeutic benefits and results in improved patient satisfaction.