Tumor obstruction of the cystic duct is a known risk factor for the development of cholecystitis following biliary stent placement. Percutaneous cholecystostomy is an effective treatment for such cholecystitis[12]. However, recurrent cholecystitis or retractable symptoms may be troublesome. Recently, chemical ablation of the gallbladder has been shown to be effective in patients at high risk for complications after surgery[3]. Absolute alcohol or 95% ethanol causes necrosis and fibrosis in the gallbladder epithelium, which reduces the gallbladder to a shrunken fibrous remnant[4].

However, until now there have been few human studies of which sclerosants are safe and feasible, and for how long the sclerosant has to be in contact with the mucosa.

In this report, we describe the successful chemical ablation of the gallbladder in a patient who developed intractable cholecystitis with obstruction of the cystic duct, after undergoing palliative stenting for the management of a malignant biliary obstruction. 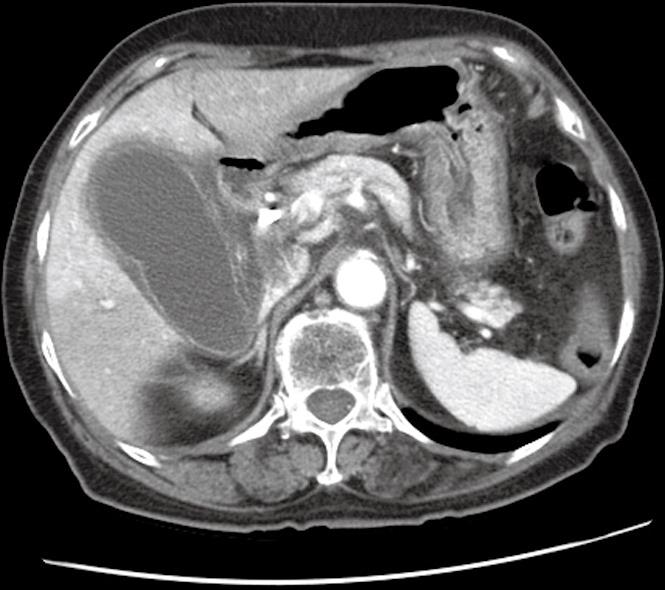 Figure 2 Cholangiographic findings. A: Endoscopic retrograde cholangiopancreatography showed a severe irregular segmental stricture at the mid-CBD, without visualization of the cystic duct; B: A covered metal stent, 60 mm in length, was implanted in the narrowed CBD.

For the management of cholecystitis and malignant stricture, the percutaneous drainage tube was left in place and a covered metal biliary stent (Niti-S; Taewoong Medical Co., Ltd., Seoul, Korea), 60 mm in length, was implanted through the peroral route (Figure 2B). Seven days later, the percutaneous cholecystostomy was draining less than 50 mL/d; therefore, removal of the drain tube was attempted. However, the patient complained of recurrent abdominal pain and discomfort whenever the drain tube was closed, and the amount of fluid draining continued at a rate of > 40 mL/d. Consequently, removal of the drain tube failed. As a result of the patient’s advanced age and her refusal of palliative cholecystectomy, medical ablation of the gallbladder was considered to be a good option for treating the symptoms and to allow the removal of the percutaneous drain tube.

After informed consent from the patient and approval by the ethics committee of our hospital, 99% absolute ethanol was used as a sclerosant for chemical ablation of the gallbladder. The volume of the gallbladder was measured by filling it with contrast medium, followed by aspiration (Figure 3A). Absolute ethanol, 1-2 mL less than the volume of the gallbladder, was infused into the gallbladder through the drain tube. Initially, a total of 55 mL of ethanol was infused and the drainage tube was closed. Then, the patient changed positions every 10 min for a total of 30 min, and the sclerosant was drained. Cholecystography was performed 1 wk after the first chemical ablation, and it showed a decrease in the size of the gallbladder. The same method was repeated twice more in weekly sessions with 40 and 25 mL of ethanol, respectively. During the final week, a small amount of bright yellow fluid (< 10 mL/d) was draining, and cholecystography showed a marked collapse in the lumen of the gallbladder (Figure 3B). During each procedure, the patient’s vital signs were closely monitored. The patient had no abdominal pain or other complications related to the procedure. The cholecystostomy drain tube was removed, and there were no complications in the following 8 wk, during which she remained under outpatient observation.

Endoscopic insertion of biliary stents is a well-established palliative treatment for obstructive jaundice caused by unresectable malignant disease[5–7]. As a result of increased use, complications such as cholangitis, cholecystitis, pancreatitis, stent migration, and stent occlusion are being reported increasingly[8]. In particular, cholecystitis has been reported in 1.9%-12% of stent insertion cases[910]. For several reasons, obstruction of the cystic duct by a tumor is a risk factor for the development of cholecystitis following biliary stent placement[2].

Although cholecystectomy is a safe and effective treatment in patients with cholecystitis, the morbidity and mortality of this operation increases considerably in the elderly and unfit patients who often have concomitant diseases. Percutaneous gallbladder drainage or aspiration, transpapillary gallbladder drainage, and endoscopic-ultrasound-guided gallbladder drainage have been reported for the management of cholecystitis after stent placement or for cystic duct invasion by a tumor[1211]. However, in cases such as those reported here, when the drain tube cannot be removed because of recurrent symptoms, retaining it causes problems for the patient, and its experimental removal may cause other complications.

In our case, we used absolute ethanol as a chemical sclerosant. In animal and human studies, alcohol has been found to be safe and has resulted in few complications; however, it requires more treatments of longer duration than other sclerosants. More studies are needed to determine which sclerosants are suitable, how often they need to be applied and at what interval, and the contact duration required for chemical ablation. Absolute ethanol is a safe sclerosant and procedure-related complications did not develop during the procedure or follow-up period. Especially in the case of cystic duct obstruction by tumors, this method is easy and feasible, and is not affected by the presence of additional biliary stents. However, if the cystic duct is patent, the use of chemical agents is restricted and another approach is necessary.

In summary, following development of cholecystitis after stent placement, with tumor obstruction of the cystic duct, or in patients with recurring symptoms, chemical ablation using absolute ethanol may be an alternative to percutaneous cholecystostomy or surgical cholecystectomy. Further investigation of this technique and the identification of suitable sclerosants are necessary, and long-term follow-up should be conducted.