METHODS: Hepatic carcinoma cells were cultured in vitro using 39 samples of hepatic carcinoma at stages II-IV. Twenty-nine samples were cultured successfully in the fifth generation cells. After these cells were radiated with different dosages, the cell survival ratio and SF2 were calculated by clonogenic assay and SF2 model respectively. The relationship between SF2 and the clinical pathological feature was analyzed.

The cell survival curve is a curve that describes the relationship between radiation dose and survival cells.

In general, the proliferation ability of survival cells decreases with the increasing of radiation dose. Detecting the SF2 is a reliable index to predict the radiosensitivity of tumors.

In this experiment, we used the primary cell culture and the clone-formation technique to establish the reliable cell survival curve for hepatic carcinoma. By application of the multi-target click model and calculation of SF2, we studied the relationship between SF2 and D0.5. The value of SF2 for the prediction of the prognosis of hepatic carcinoma was evaluated.

MATERIALS AND METHODS
Source of samples

Thirty-nine fresh specimens were taken from hepatic carcinoma patients at stages II-IV. All the patients had their final diagnosis in Tongji Hospital and did not receive any therapy. Their average age was 49.6 years (22-76 years). All the cases were diagnosed by pathology. Twenty-four specimens of hepatocellular carcinoma and 15 samples of bile duct epithelial carcinoma were taken. Nine were in stage IIB (23%), 25 in stage IIIB (64.1%) and 5 in stage IV (12.9%). The maximum diameter of local carcinoma was <4 cm in 22 specimens (56.9%) and >4 cm in 17 specimens (43.1%). The specimens were put into RPMI-1640 medium containing 25% fetal calf serum.

The specimens were rinsed 2-3 times with PBS containing streptomycin and penicillin. Blood, fibrous and necrosed tissue were removed. Then a small quantity of PBS was added and the tissue was cut into micro-blocks. The micro-blocks of tissue and PBS were left in the plate and incubated in a 50 mL/L CO2 incubator. The plate was kept in inversion status for 4-6 h. The anchoring condition of cells was observed under a microscope. If the cells in the tissue were in good condition, RPMI-1640 medium containing 15-25% fetal calf serum was added. The anchoring condition of cells was observed under a microscope on the next day and poly-lysine was added. The poly-lysine promoted the anchoring of cells. In order to provide the cells a better growing condition, we could also add some stimulation factors such as hydrogenated cortadren (4 μg/mL) and insulin (4 μg/mL) on the third and fourth culture days. The culture medium was changed after 5 d, and then every 2-3 d. After incubation for about 14 d, the cultured cells were digested for future generation.

The fifth generation of hepatic carcinoma cells in logarithmic growth phase was digested by 0.25% trypsinogen and counted. Then the cells were inoculated into cell suspension containing 35% soft agarose. According to the irradiation dosage, the cell suspension was put into glass plates. The culture medium was changed after irradiation for about 12 h. The inoculated cells were divided into five groups and irradiated, and then cultured for 10-14 h. The surface culture medium of the plate was stained with hematoxylin and observed under invert microscope and the number of colonies was more than 50. The clone formation rate (SF) after irradiation was assayed thrice to obtain the mean value.

Three petri dishes were selected from each dosage group to obtain the mean value. O Gy group was used in every experiment and the colony formation rate (SF) was calculated. On the basis of different dosage irradiation and different incubation time, the cell number was used as the ordinate and the irradiation dosage as the abscissa to draw the growth curve for hepatic carcinoma cells. SF2 was calculated by the formula [SF = 1-(1-e-D/Do)N] (the multi-target click model)[2].

Regression of hepatic carcinoma in vivo

The patients were examined once a week before and during radiotherapy. The stage plate was used to measure the size of carcinoma. The volume of tumor was calculated to describe the volume-dosage curve and the dosage decreasing tumor size of 50% (D0.5) was calculated.

The fibroblasts were diffusely distributed in petri dishes after the culture medium was changed before one week. A small quantity of colony formation was also seen. The cell distribution in the center of colony was close. The surrounding cells were distributed outward. The cell density decreased. Different cell colonies had different sizes. Only a few cells could be seen in some new colonies. After 14 d, the fibroblasts in petri dishes increased and their diameter became bigger. The cell distribution in the center of the colony was dense. The diameter of the biggest colony was 8 mm.

After hepatic carcinoma tissue was primarily cultured for about 14-20 d, primary cell culture technique was established in 29 of 39 samples. 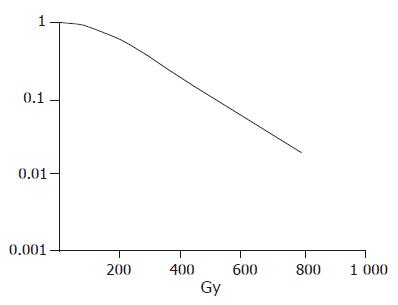 Figure 3 Relationship between the SF2 (A) and D0. 5 (B) in different clinical stages and pathological typing.
DISCUSSION

Primary tumor cell culture in vitro has some difficulties such as longer time consumption, high cost, and easy contamination. Based on the past experience, the chief key point to the success of this technique is to draw the materials from tissue because it is closely related with the culture. Aseptic technique is one of the important factors for the success of culture.

In conclusion, SF2 is a reliable marker for predicting the radiosensitivity of hepatic carcinoma cells before and during the therapy.