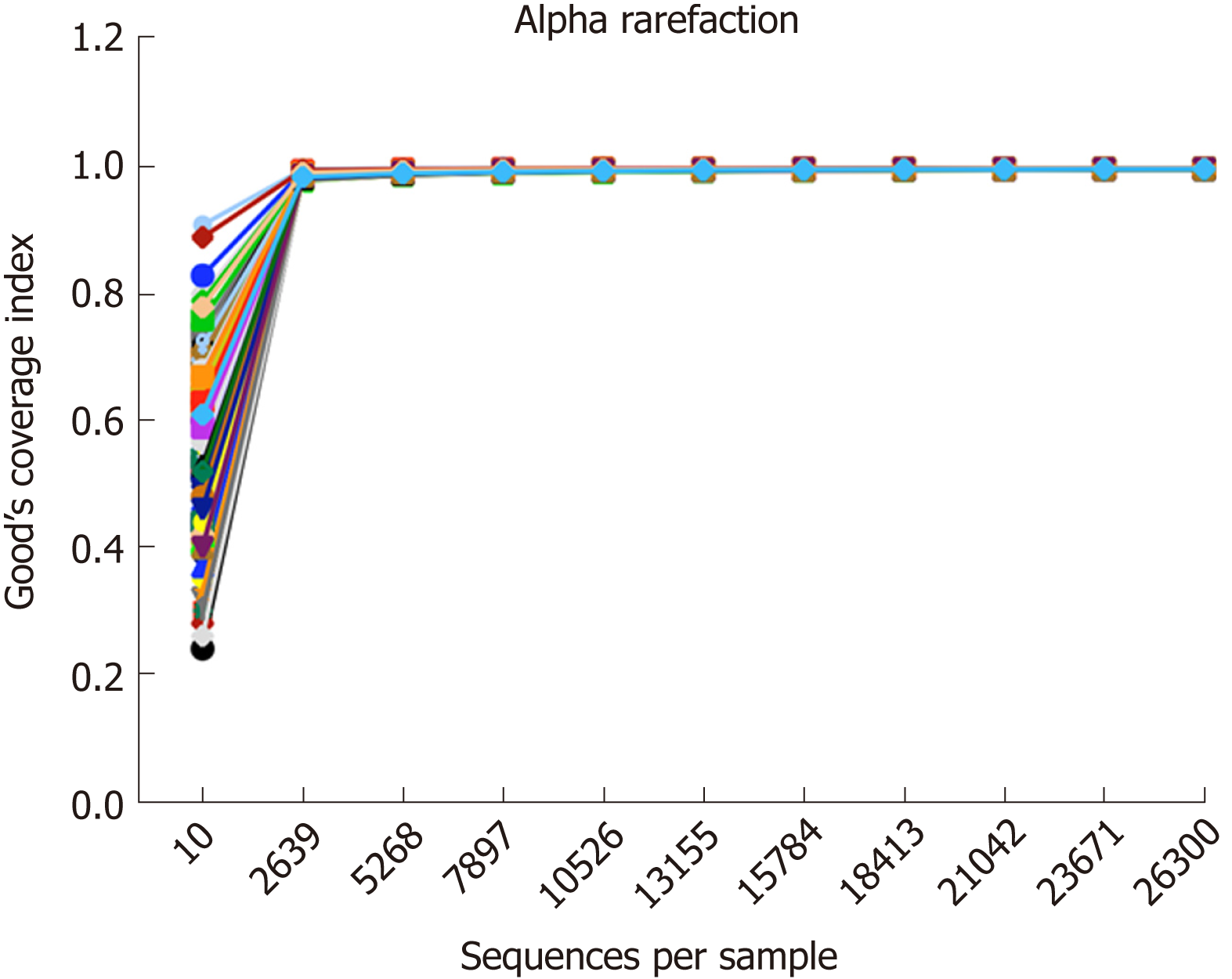 Figure 1 Rarefaction curves of all samples. The rarefaction curve of each sample reached a plateau when approximately 2700 sequences per sample were extracted, and Good’s coverage estimator for each group approached 100% (> 98.9%). 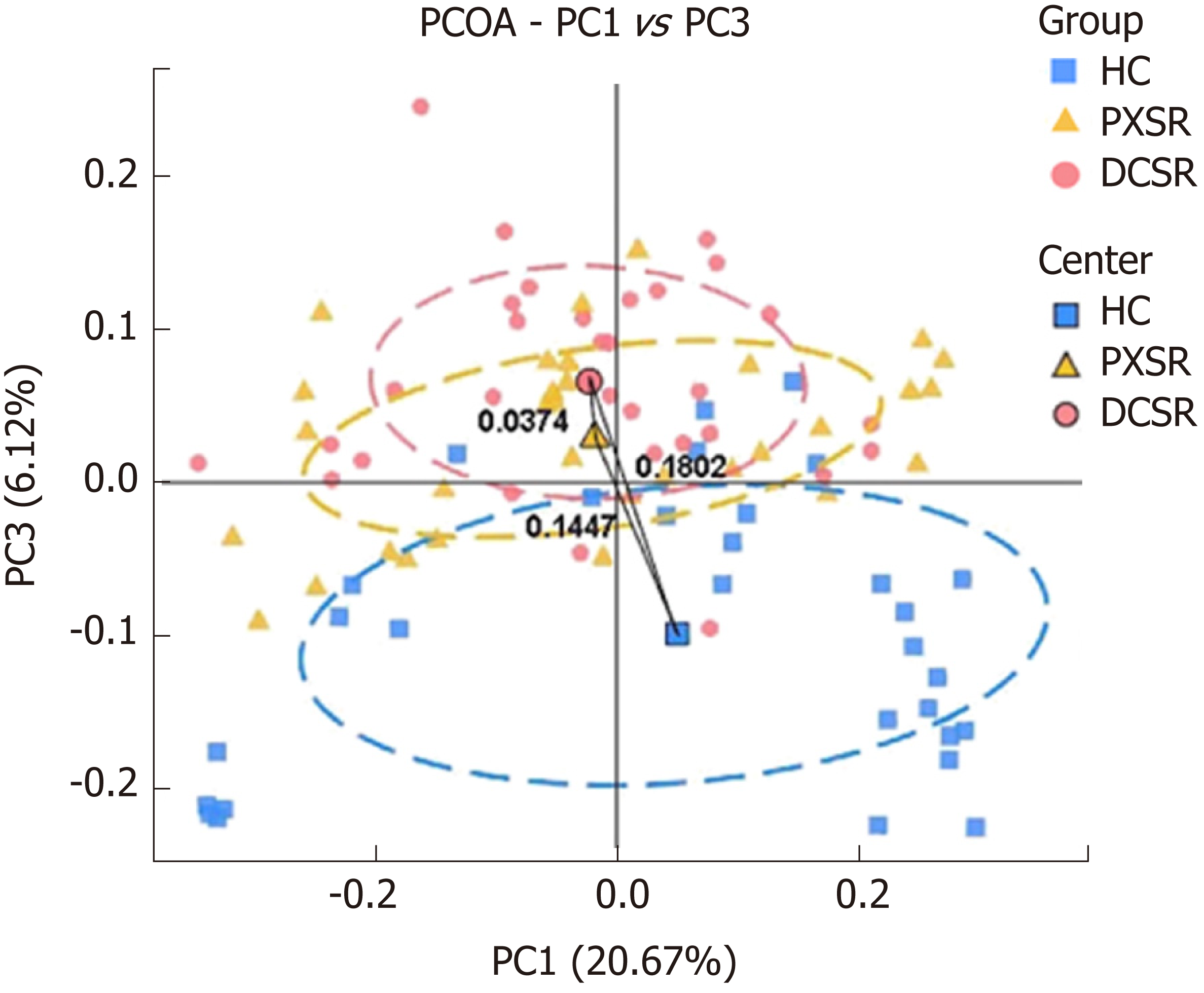 Figure 2 Principal coordinate analysis plot of the community structure in healthy controls, patients with Pi-Xu-Shi-Yun syndrome, and those with Da-Chang-Shi-Re syndrome. The majority of samples clustered by health status at the PC1 vs PC3 plot, indicating that health status was a major effect factor for the phylogenetic composition of these samples. Exceptions from all the three study groups were observed, reflecting the effect of other genetic and environmental factors on these microbiomes. PCOA: Principal coordinate analysis; HC: Healthy controls; DCSR: Da-Chang-Shi-Re syndrome; PXSY: Pi-Xu-Shi-Yun syndrome. 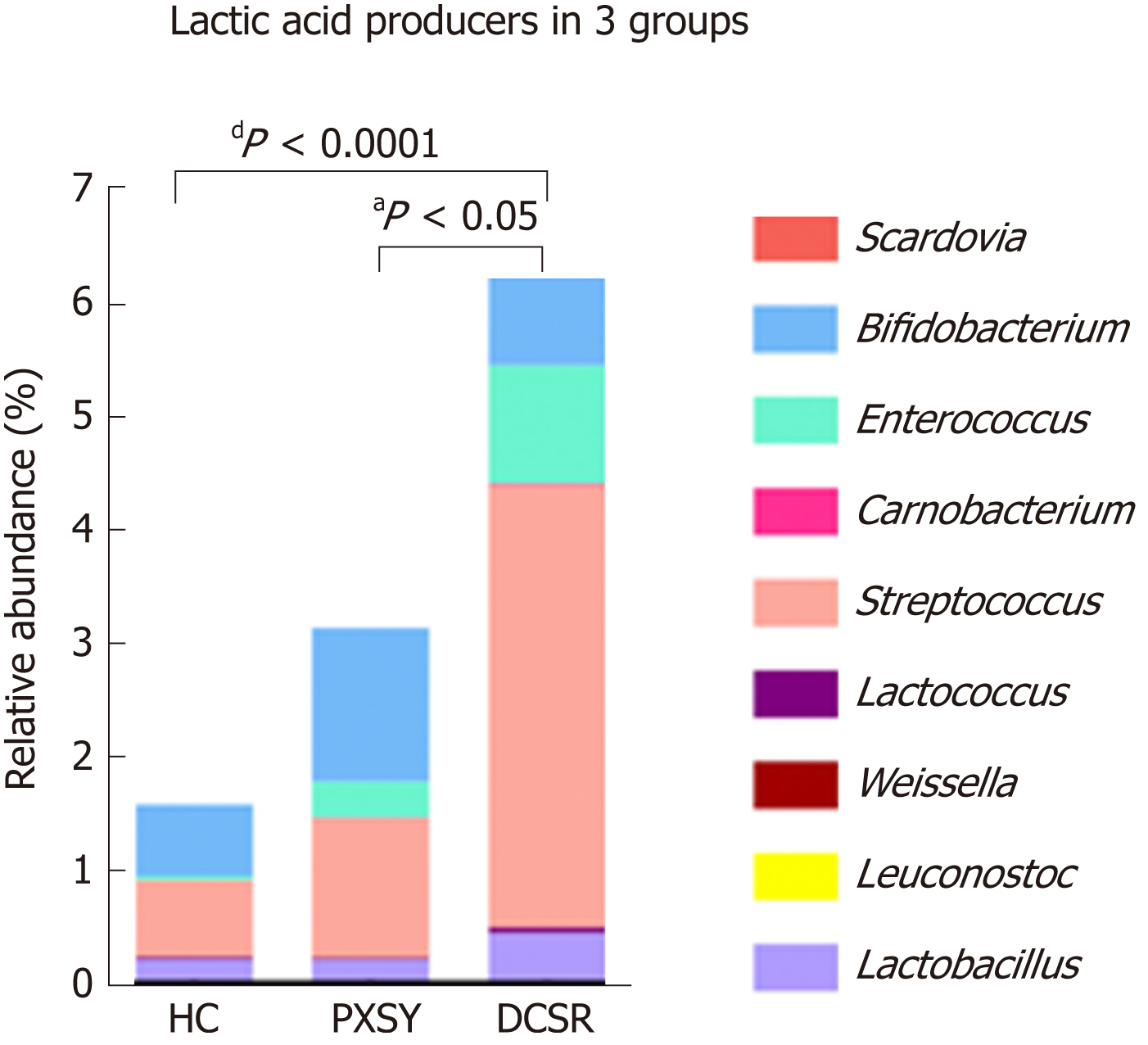 Figure 4 Lactic acid producers in the gut. Lactic acid bacteria were more abundant in ulcerative colitis patients, especially in the Da-Chang-Shi-Re (DCSR) group, than in healthy controls, suggesting that there might be more lactic acid in the guts of DCSR patients than in those of Pi-Xu-Shi-Yun patients. HC: Healthy controls; DCSR: Da-Chang-Shi-Re syndrome; PXSY: Pi-Xu-Shi-Yun syndrome. 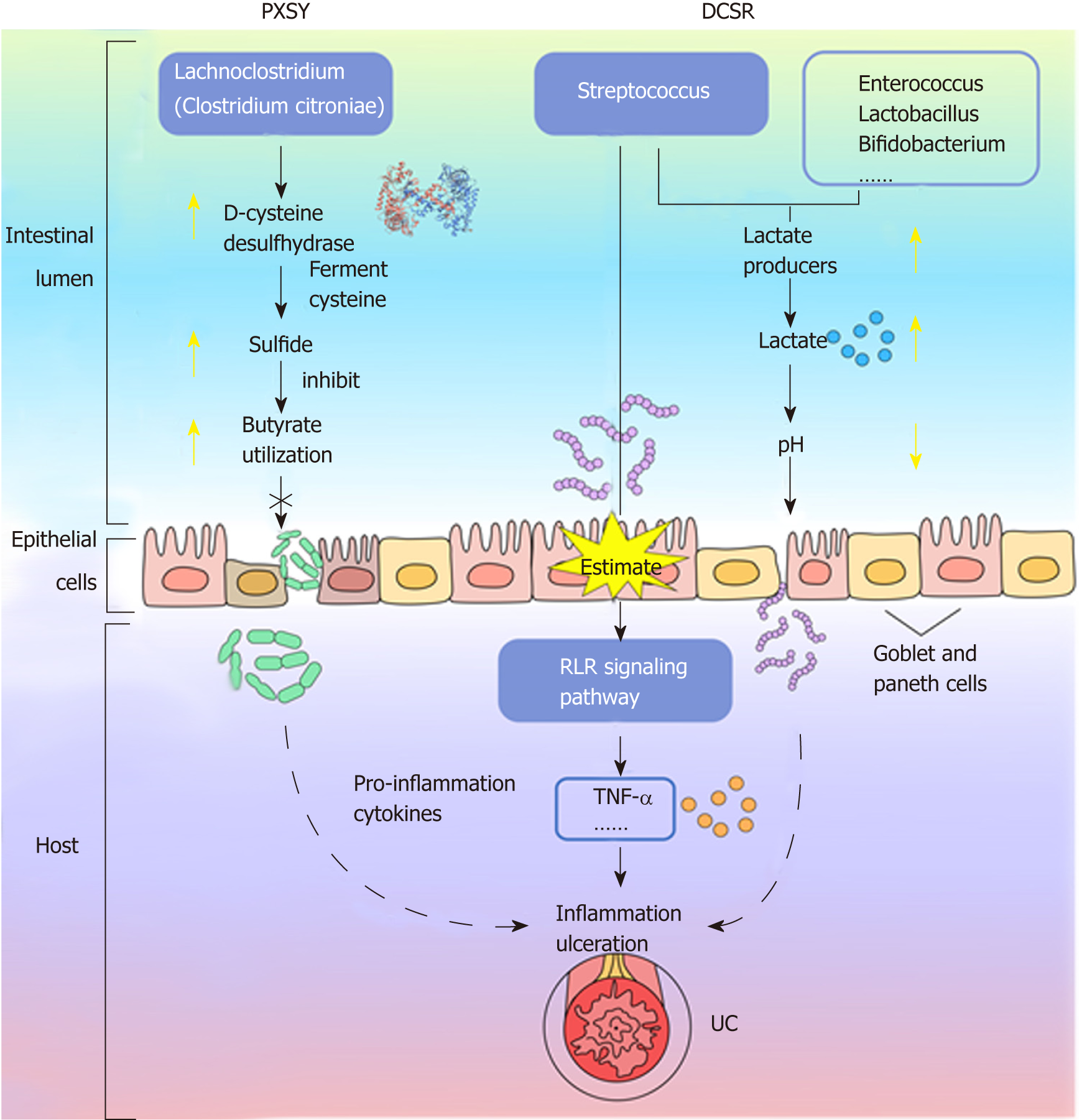