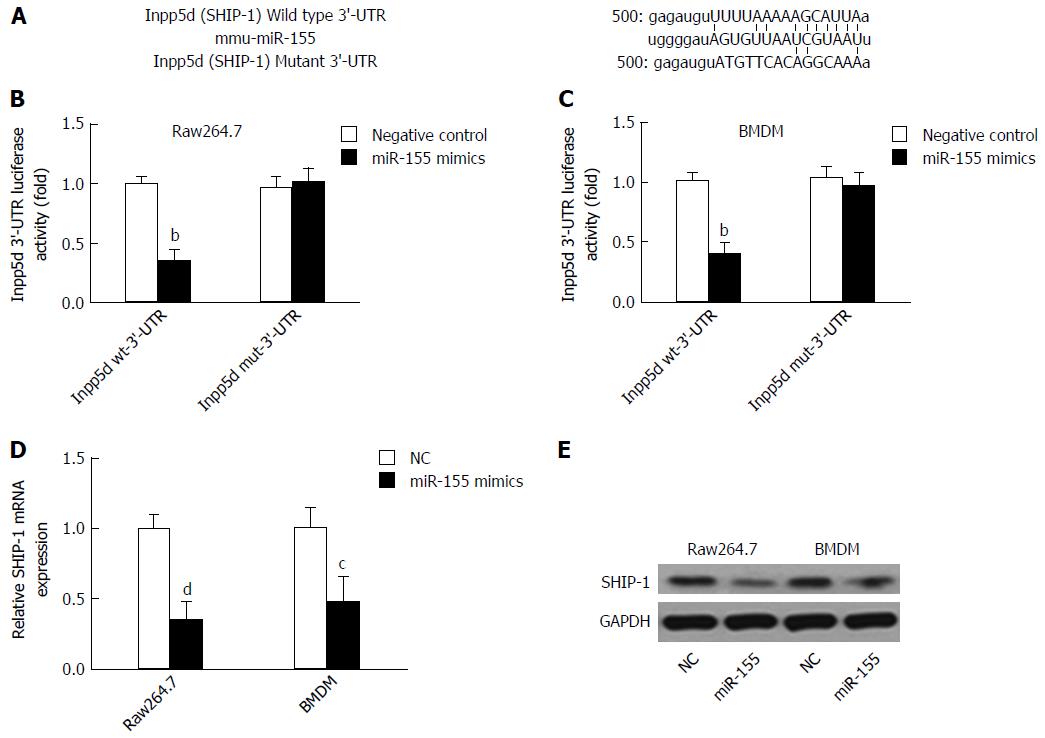 Figure 1 SHIP-1 is targeted by microRNA-155 in mouse macrophages. A: A mouse Inpp5d 3’-UTR fragment containing the wild-type or mutant miR-155-binding sequence was cloned downstream to the luciferase reporter gene; B and C: The luciferase activity of Inpp5d 3’-UTR in raw264.7 cells (B) or primary mouse bone marrow-derived macrophages (BMDMs) (C) after transfection with miR-155 mimics or negative controls. aP < 0.05, bP < 0.01 vs the wild-type Inpp5d 3’-UTR luciferase activity in cells transfected with NCs; D: The mRNA level of SHIP-1 was significantly down-regulated in raw 254.7 cells and BMDMs after cells were transfected with miR-155 mimics. cP < 0.05, dP < 0.01 vs controls. B: The protein level of SHIP-1 also reduced after miR-155 mimics transfection. 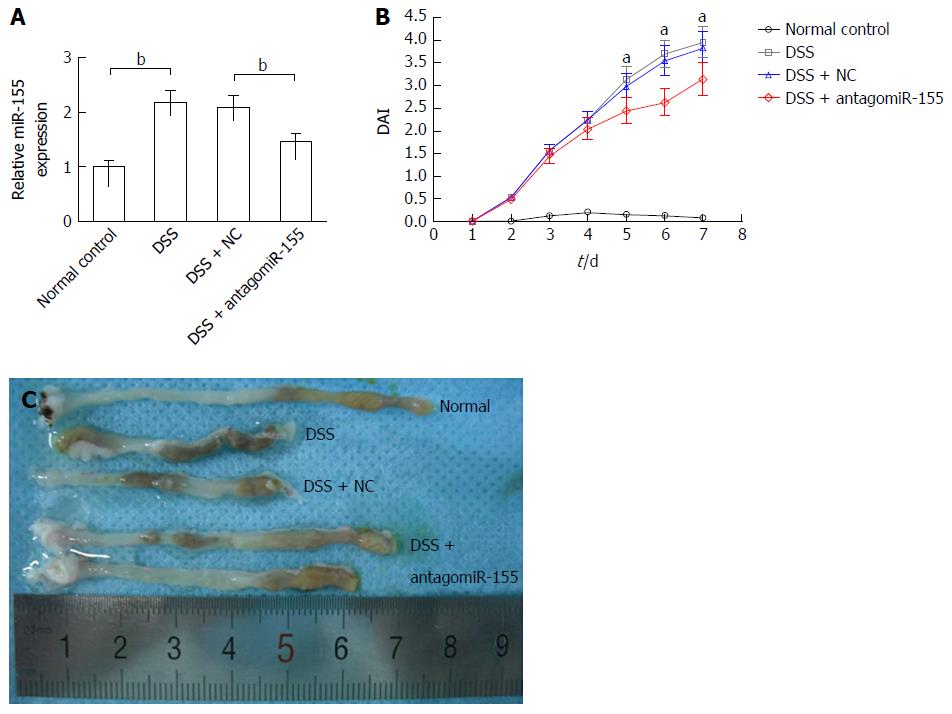 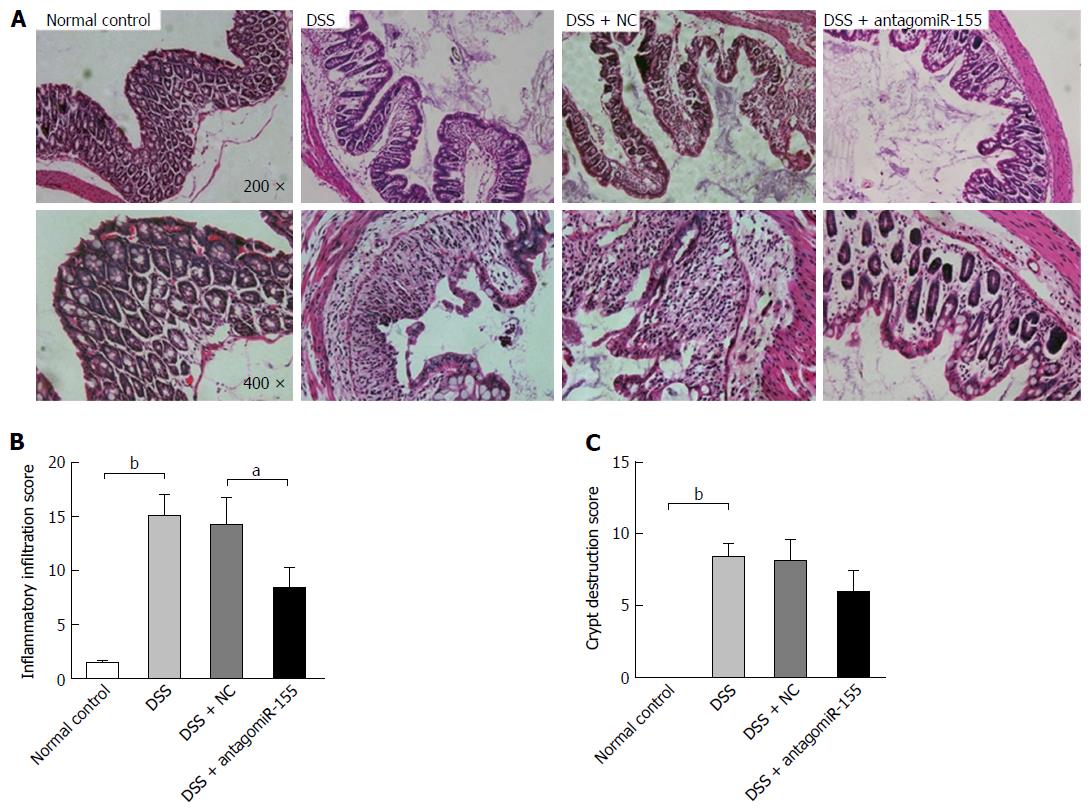 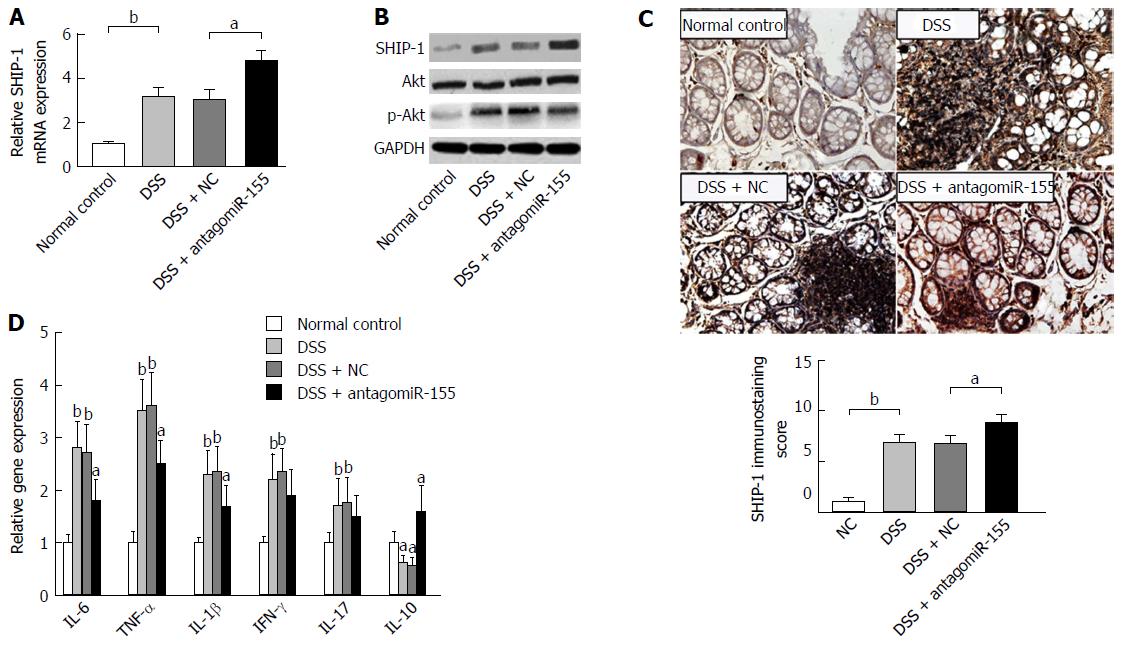