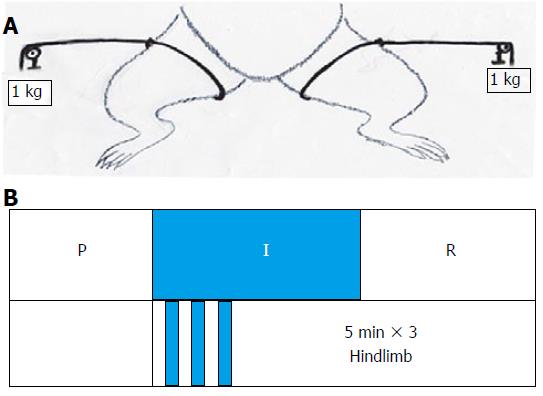 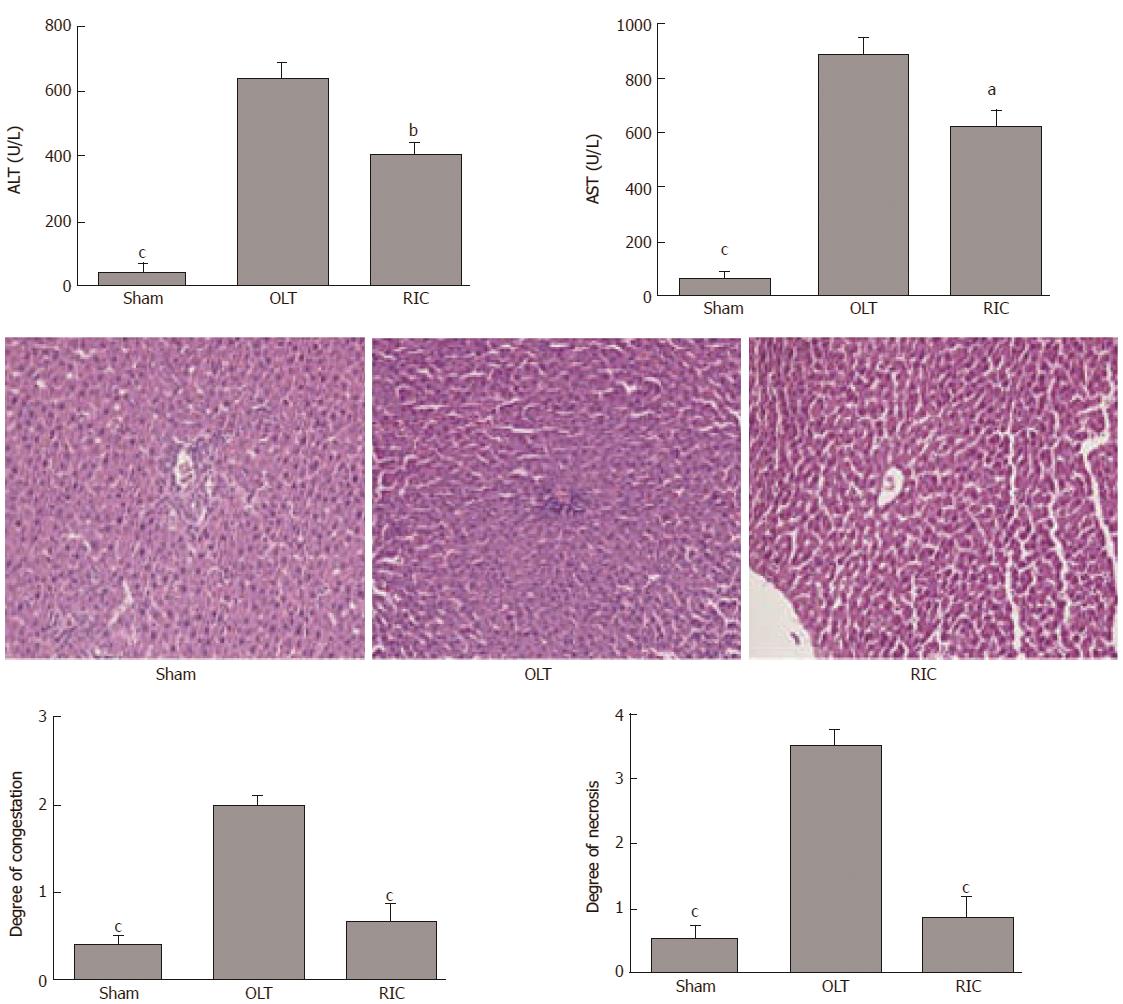 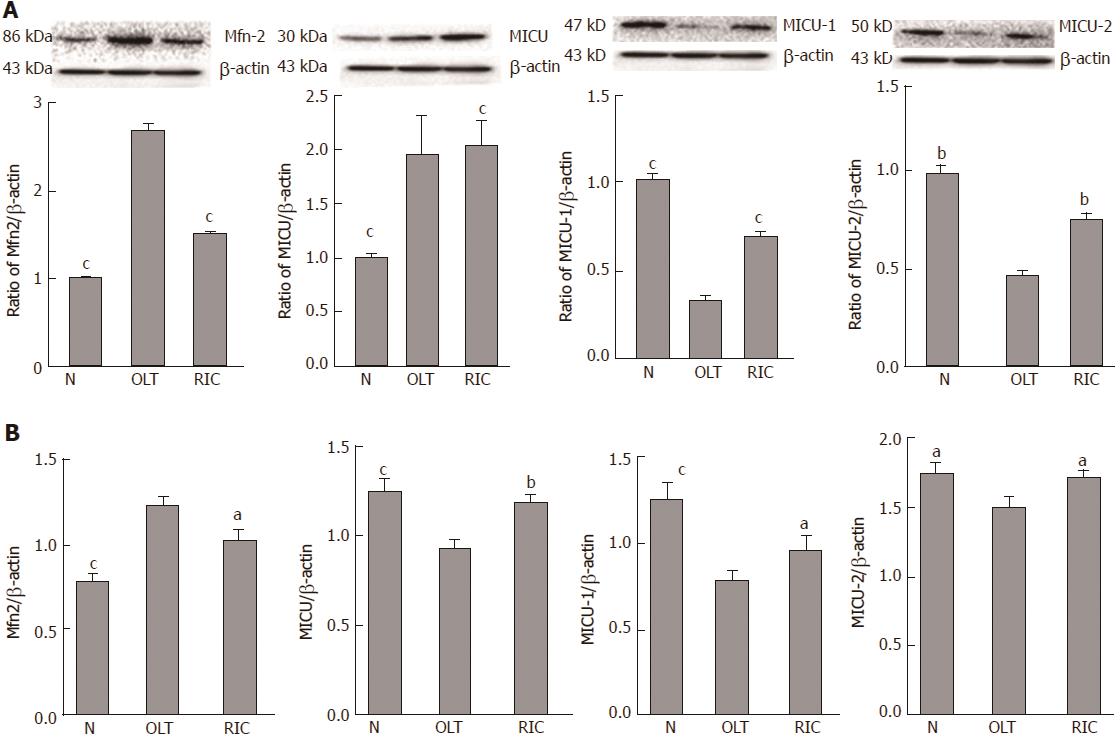 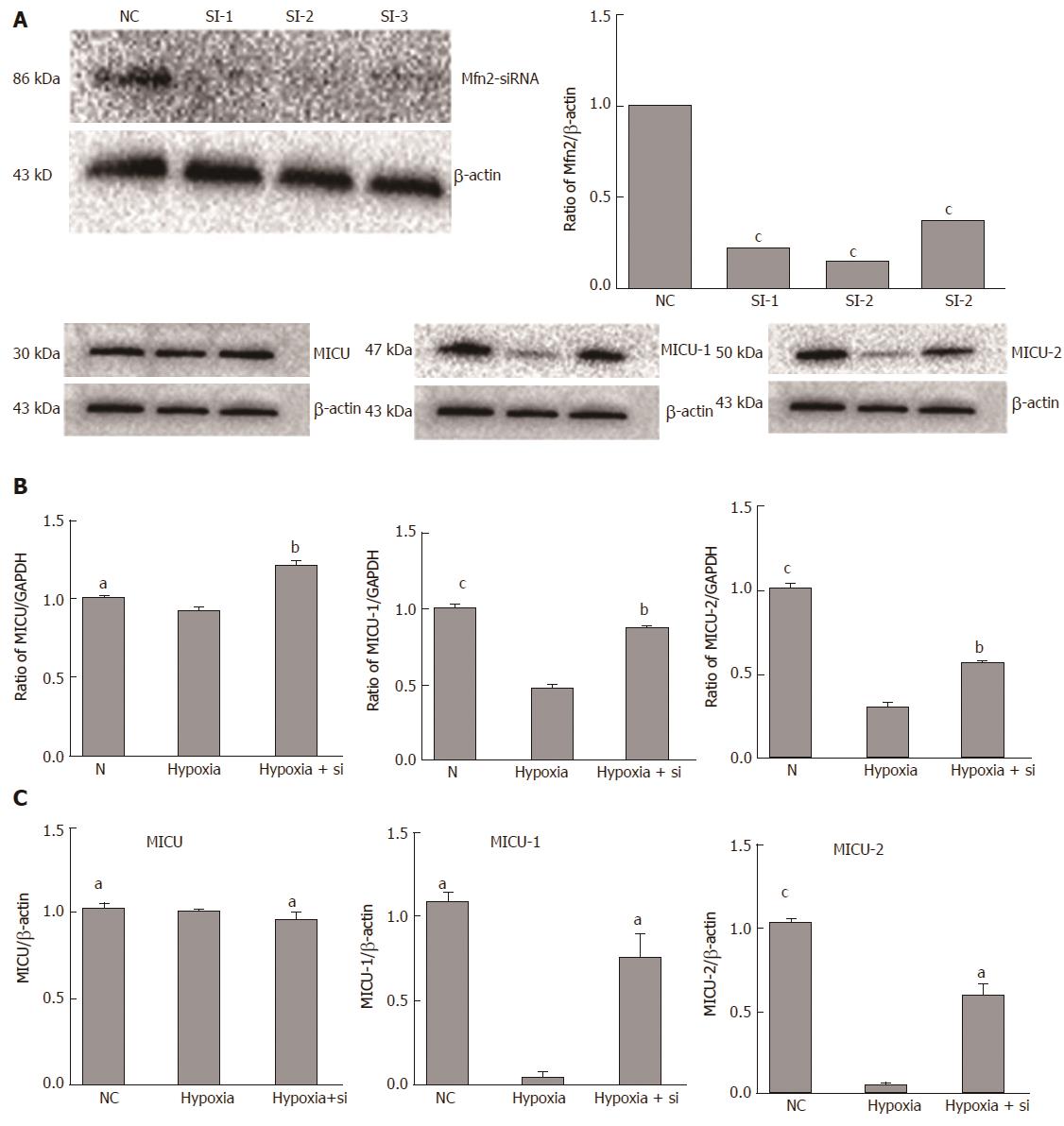 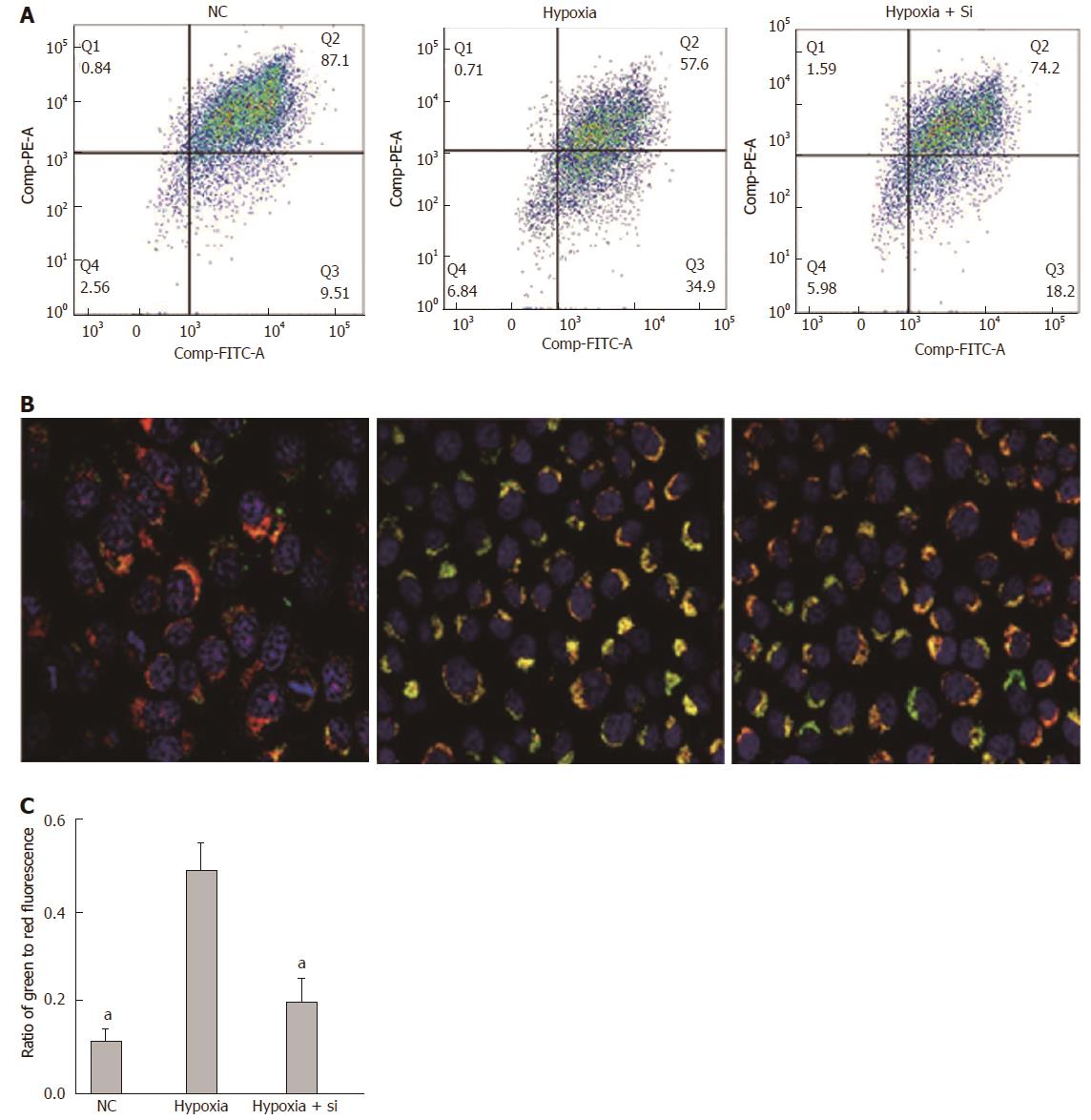 Figure 5 Mfn2 knockdown attenuates the collapse of ΔΨm in AML-12 hypoxia cell lines. JC-1 kit and Hoechst-33342 were used to measure the ΔΨm by flow cytometry (A and C) and confocal microscopy (B). Collapse of ΔΨm in the hypoxia group was attenuated both in the NC and hypoxia + Si groups. Mfn2: Mitofusin-2; NC: Normal culture; ΔΨm: Mitochondrial membrane potential. aP < 0.05. 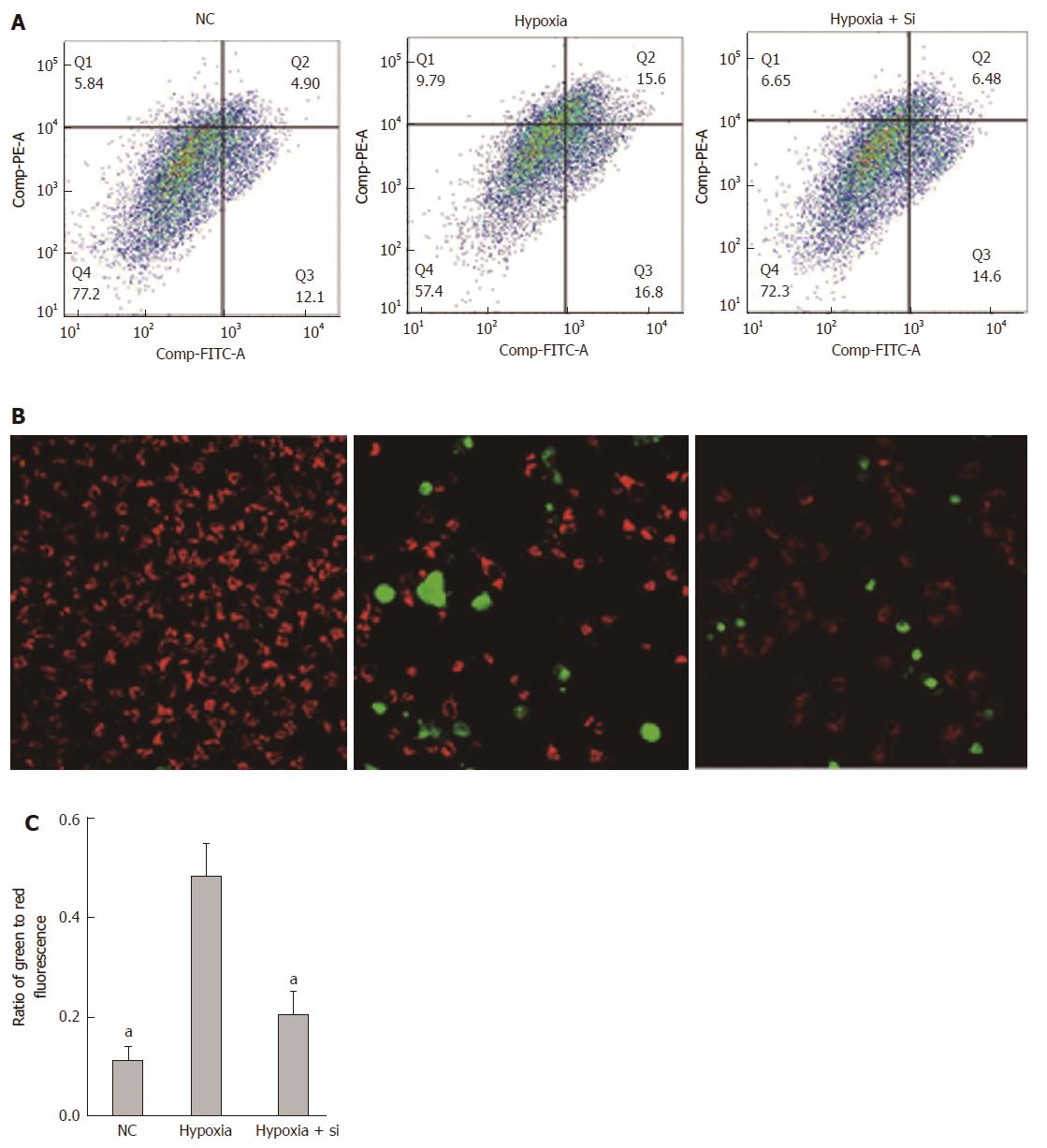 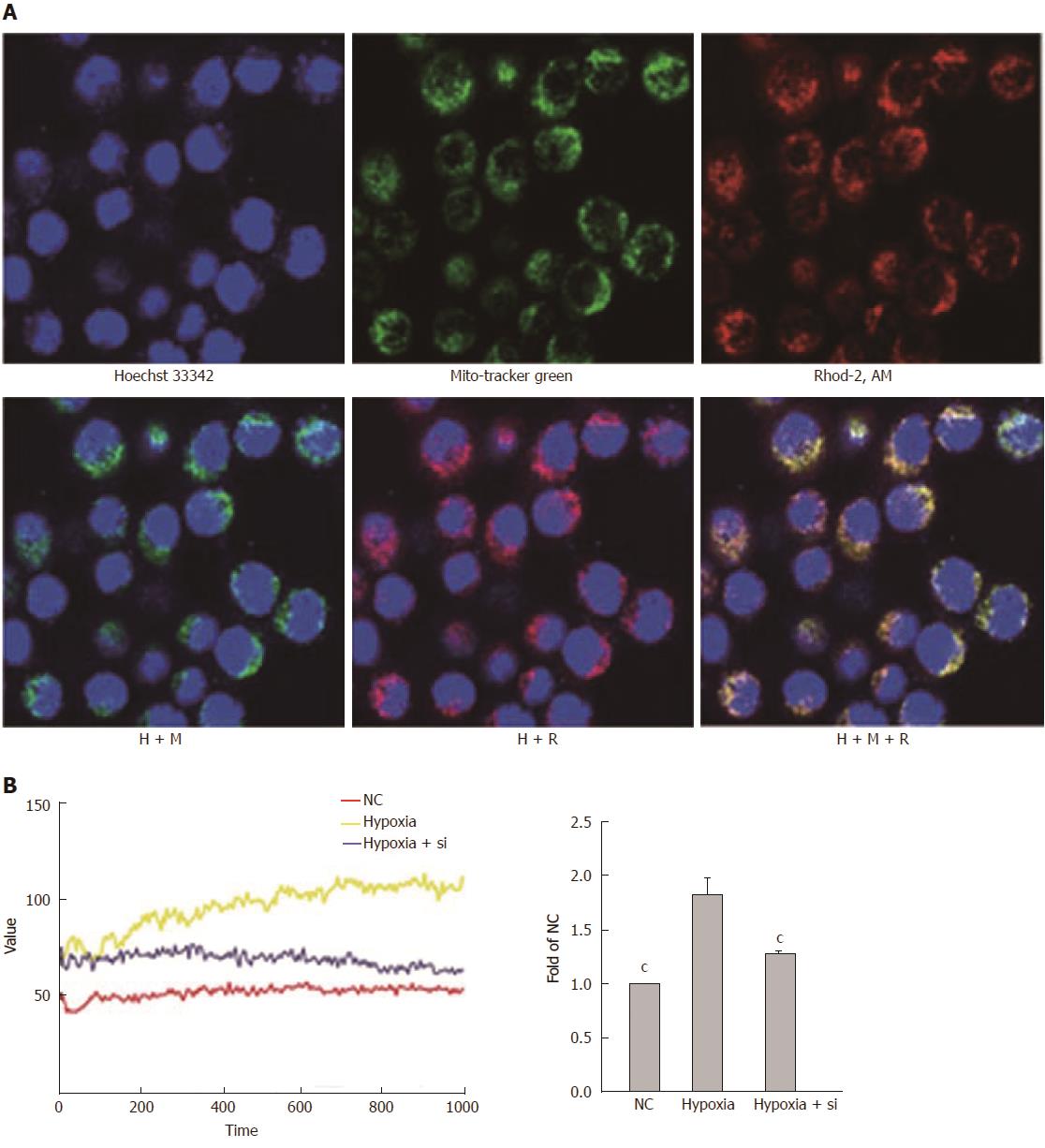 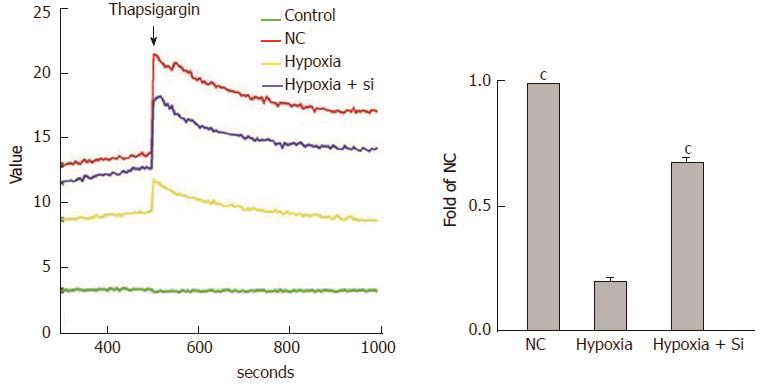